KBS 2TV’s “Cheat on Me If You Can” released new stills of Go Joon and Jo Yeo Jeong!

The drama is a comedic mystery thriller about adults who get up to all sorts of bad behavior. Jo Yeo Jeong stars as Kang Yeo Joo, a murder mystery novelist who spends all day thinking up different way to kill people. Go Joon co-stars as her husband Han Woo Sung, a divorce lawyer who signed a contract with his wife that says, “If you cheat, you die.”

In episode 6, Kang Yeo Joo sniffed out Go Mi Rae’s (Yeonwoo‘s) scent on the box Han Woo Sung had thrown out in the trashcan. Although she had initially deduced that the recipient of the gift was Son Jin Ho (Jung Sang Hoon), she was shocked to discover the box for the fountain pen inside her house.

A newly released still depicts Kang Yeo Joo and Han Woo Sung sweetly playing the piano side-by-side. The romantic mood only lasts briefly, and different stills picture Kang Yeo Joo with her arms crossed while Han Woo Sung smiles brightly, unaware of her cold expression. In Han Woo Sung’s hand is the box that had made Kang Yeo Joo suspicious of him. 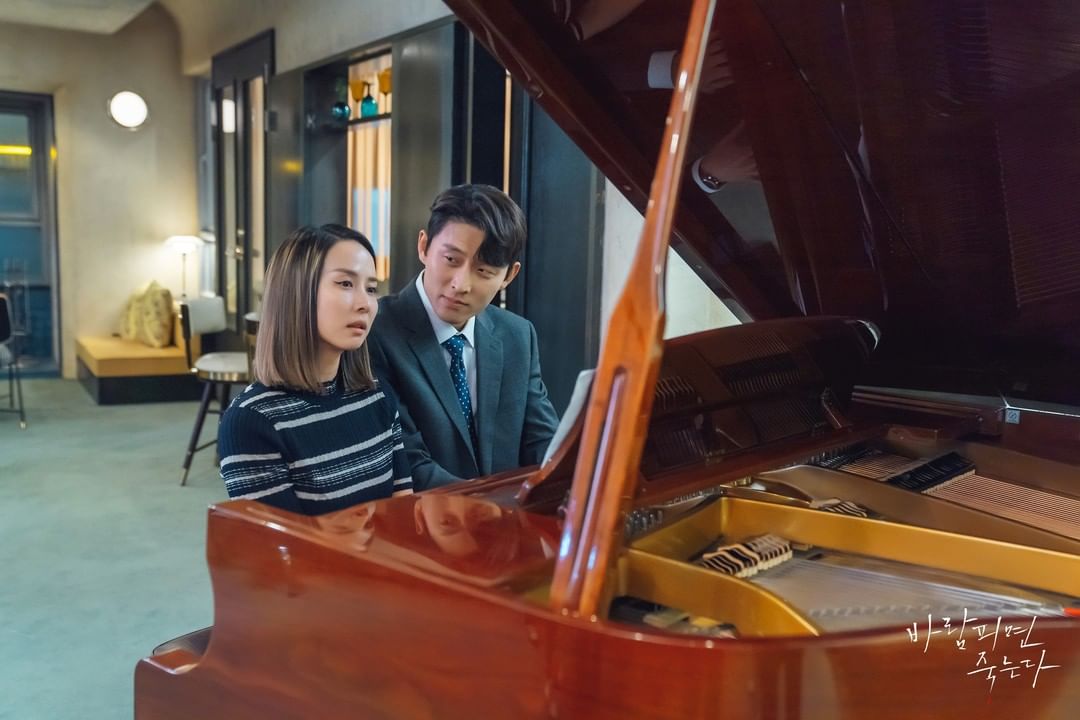 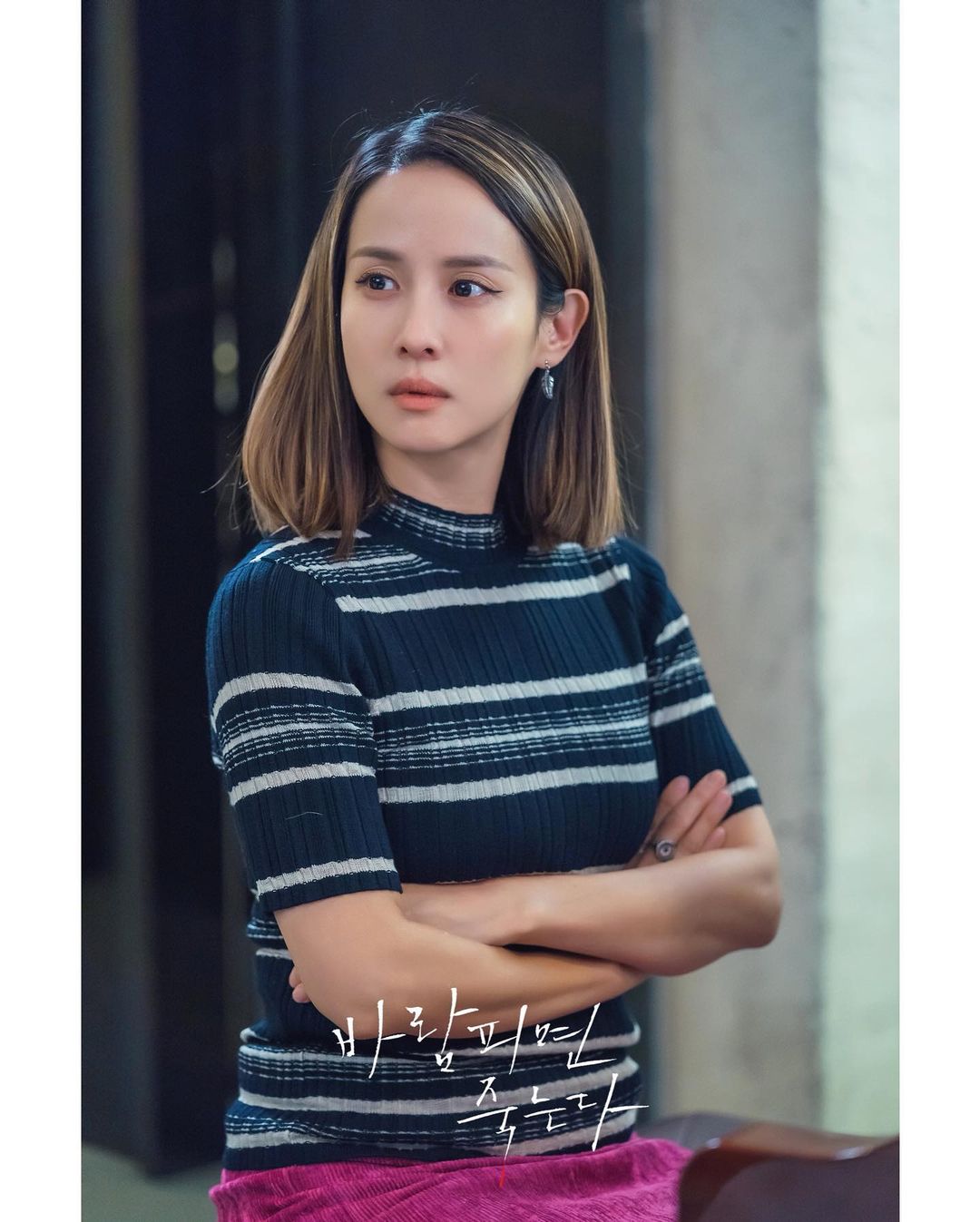 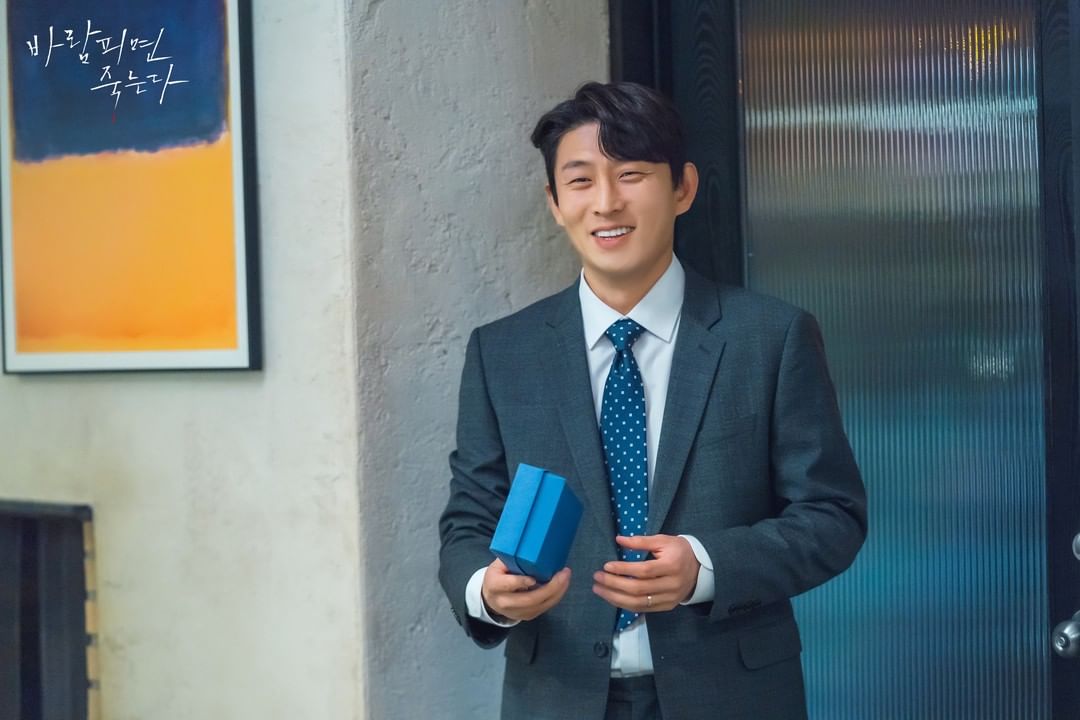 Finally reading the atmosphere, Han Woo Sung becomes serious in front of Kang Yeo Joo. The two will play a game of truth as Kang Yeo Joo interrogates Han Woo Sung. Previously, Han Woo Sung had resolved to bury the truth of his cheating, but viewers are curious to see if he’ll confess about Go Mi Rae in the upcoming episode and how Kang Yeo Joo will respond. 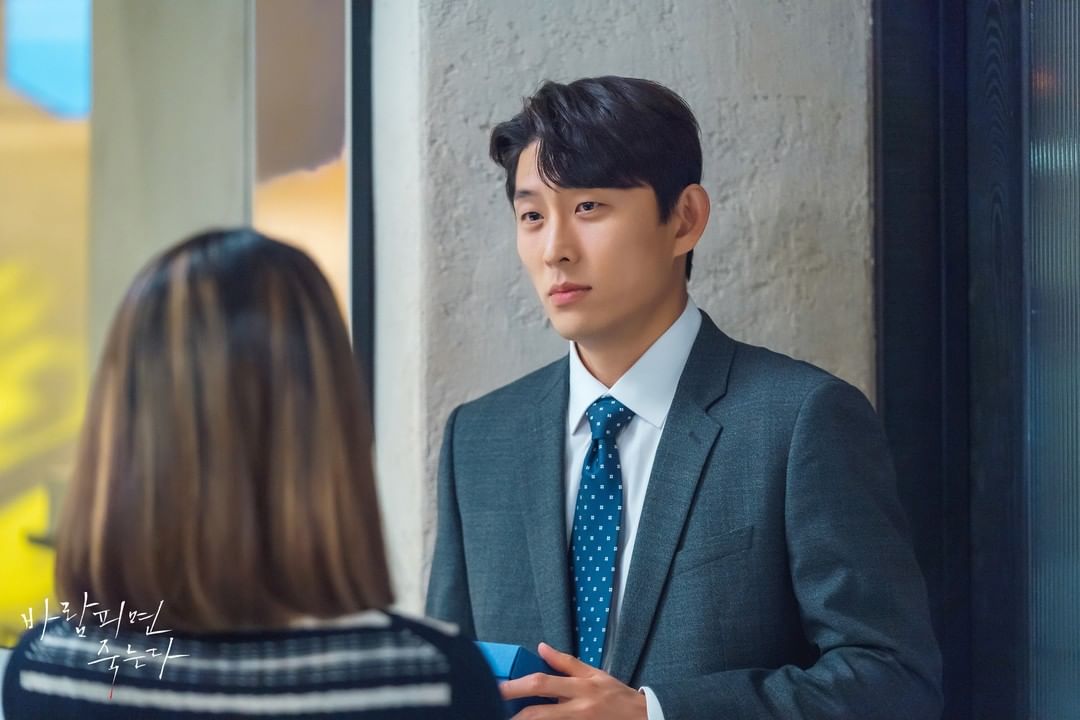 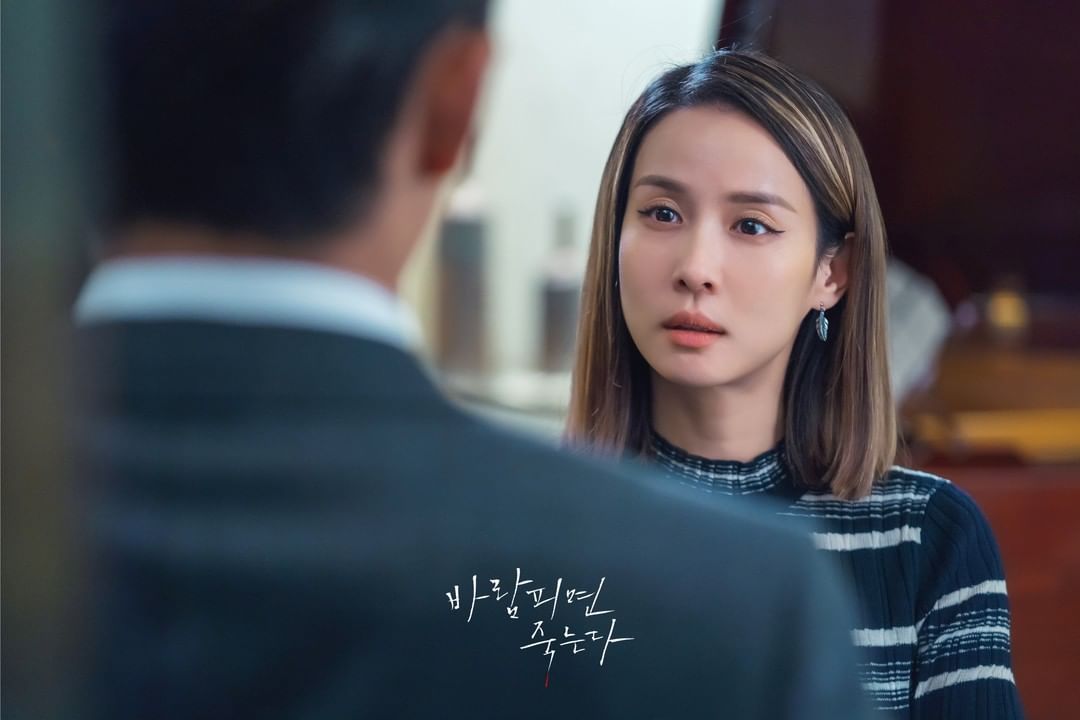 The production team shared, “Kang Yeo Joo, who has decided to face her curiosity regarding the fountain pen box and Go Mi Rae’s identity head-on, and her husband Han Woo Sung, who has been pushed to the edge of a cliff, will begin a tight war of nerves. Please look forward to finding out who will win the game of truth between the two.”