On December 23, W Korea released a new interview and pictorial starring Song Hye Kyo. In the photos, the actress models extravagant jewelry from Chaumet, such as a beautiful tiara, rings, bracelets, necklaces, and earrings. 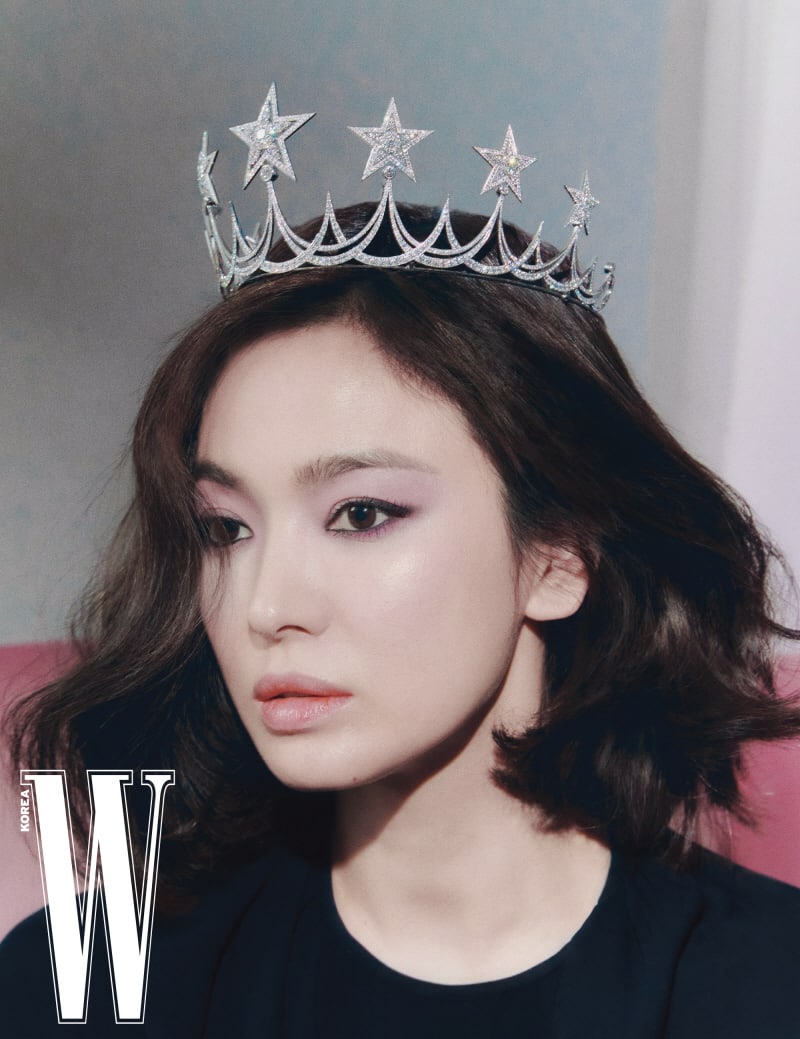 In the interview that followed the photo shoot, Song Hye Kyo shared, “I think the diversified media platforms and channels are adding diversity to female characters in dramas and films. Interesting projects across various genres have been growing in numbers, and I’m very happy because I’ve also been receiving scripts of a variety of genres.” 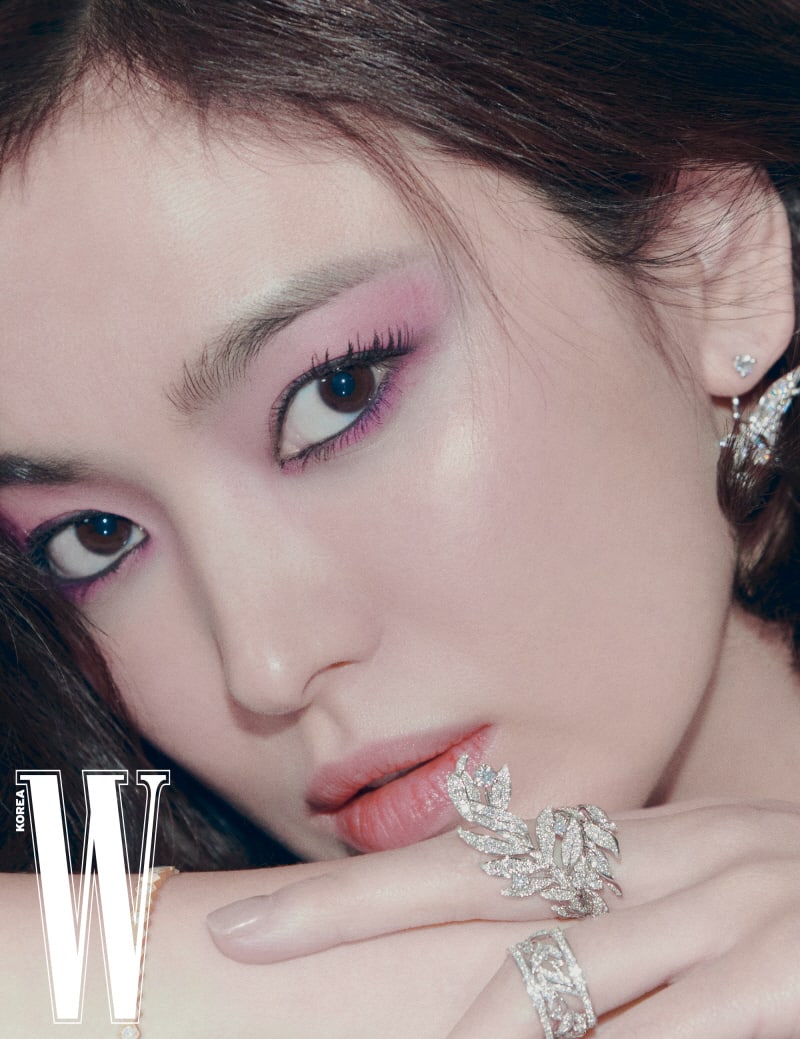 The actress explained that she had not decided on her next project yet and added, “I do continue to review the scripts I receive. But articles are released about me even when I’ve only received a script. There have even been a few times when it was reported that I was reviewing a project when I hadn’t even received the script for it.”

Song Hye Kyo shared, “I wanted to reduce the gap time between projects as much as possible, but I think there are times when things don’t go the way I want them to. Now, I want to decide with some more flexibility on a project, and I’m resolving to do a project for sure in 2021.” 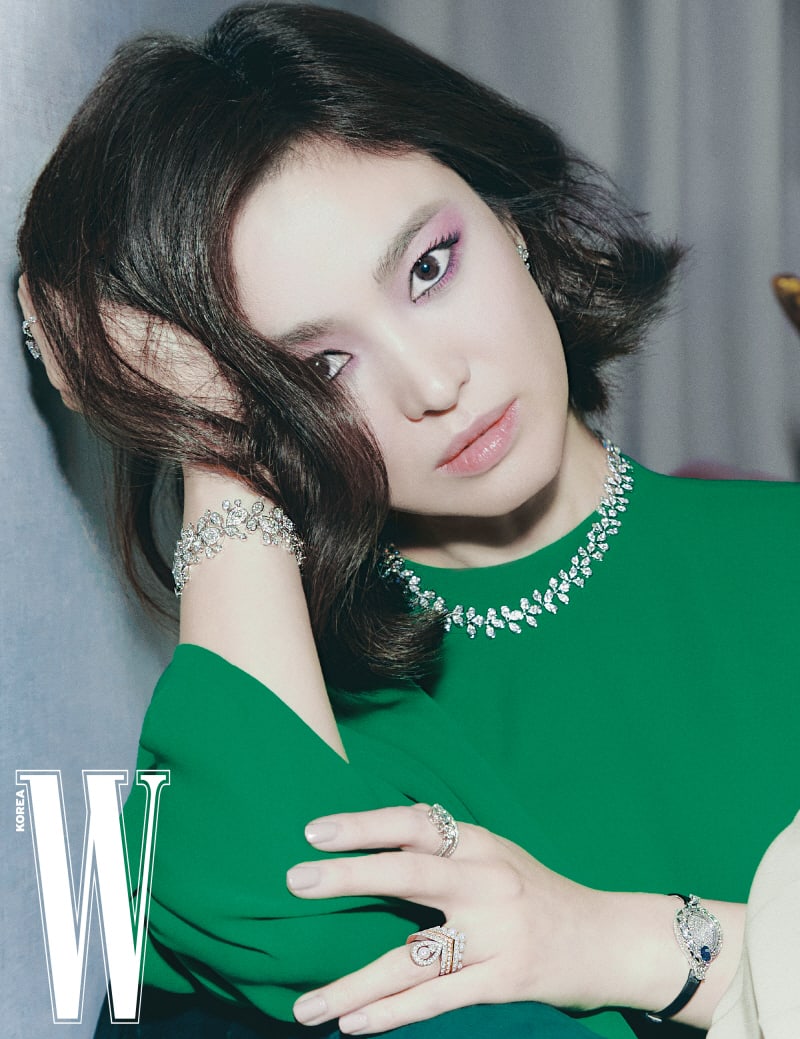 When the interviewer pointed out it had been a long time since Song Hye Kyo starred in a romantic comedy, the actress replied, “I also really want to act in a romantic comedy. I want to try something funny and entertaining, but I haven’t found a fun project yet. When I acted in ‘Full House,’ I was young and youthful, but I was a bit shy. Now that I’ve gotten older, I think I can do a better job than I did then.” 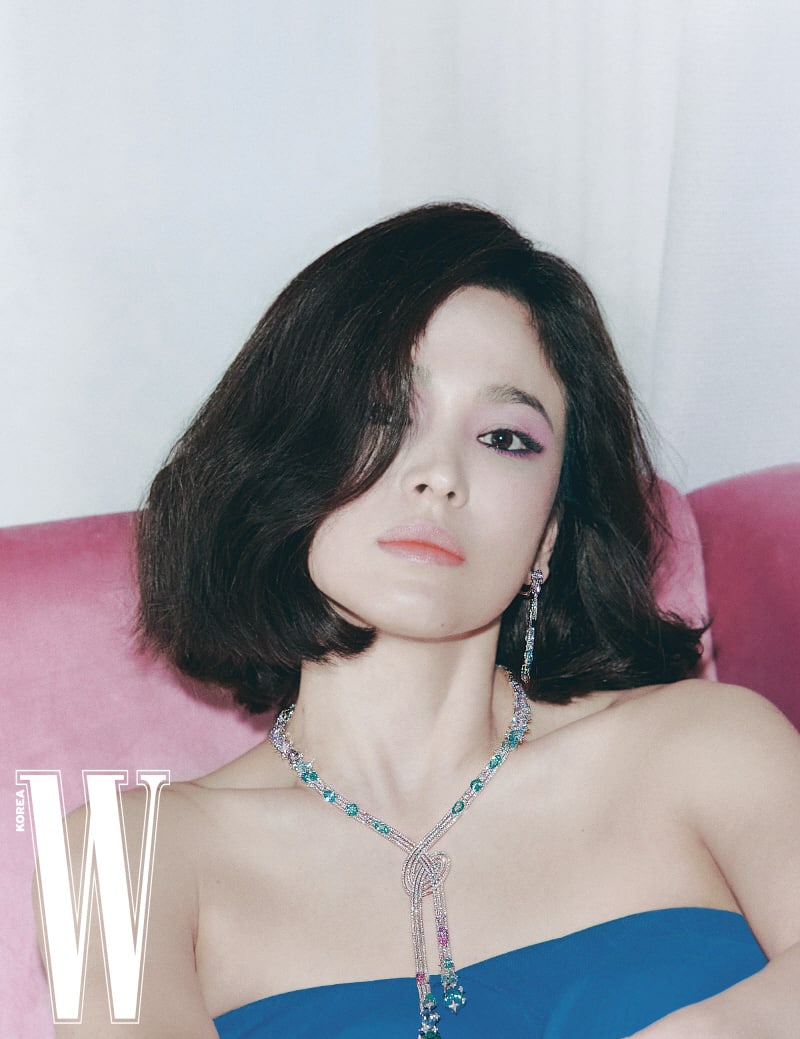 Chaumet has been carrying out their Grace and Character campaign with Song Hye Kyo to support sophisticated and progressive women.

Song Hye Kyo’s interview and pictorial will be available on the January issue of W Korea.

Song Hye Kyo
W Korea
How does this article make you feel?