Watch: Namgoong Min And AOA’s Seolhyun Are Always Ready To Leap Into Action While Filming “Awaken”

tvN’s “Awaken” has released another behind-the-scenes look at the action-packed drama!

The murder mystery drama follows the connection between mysterious events unfolding in the present and the secrets behind an enigmatic incident that took place in a village 28 years ago.

AOA’s Seolhyun kicks off the video as she practices her moves for an action scene. After putting on protective gear, she listens intently to the directions given to her by the director. When he finishes by asking, “You’re a good fighter, right?” Seolhyun responds with a timid “Yes” and shifts her eyes away with a nervous smile. She pours all of her energy into the fight scene, and when it’s over she puts her hand on her heart in relief. 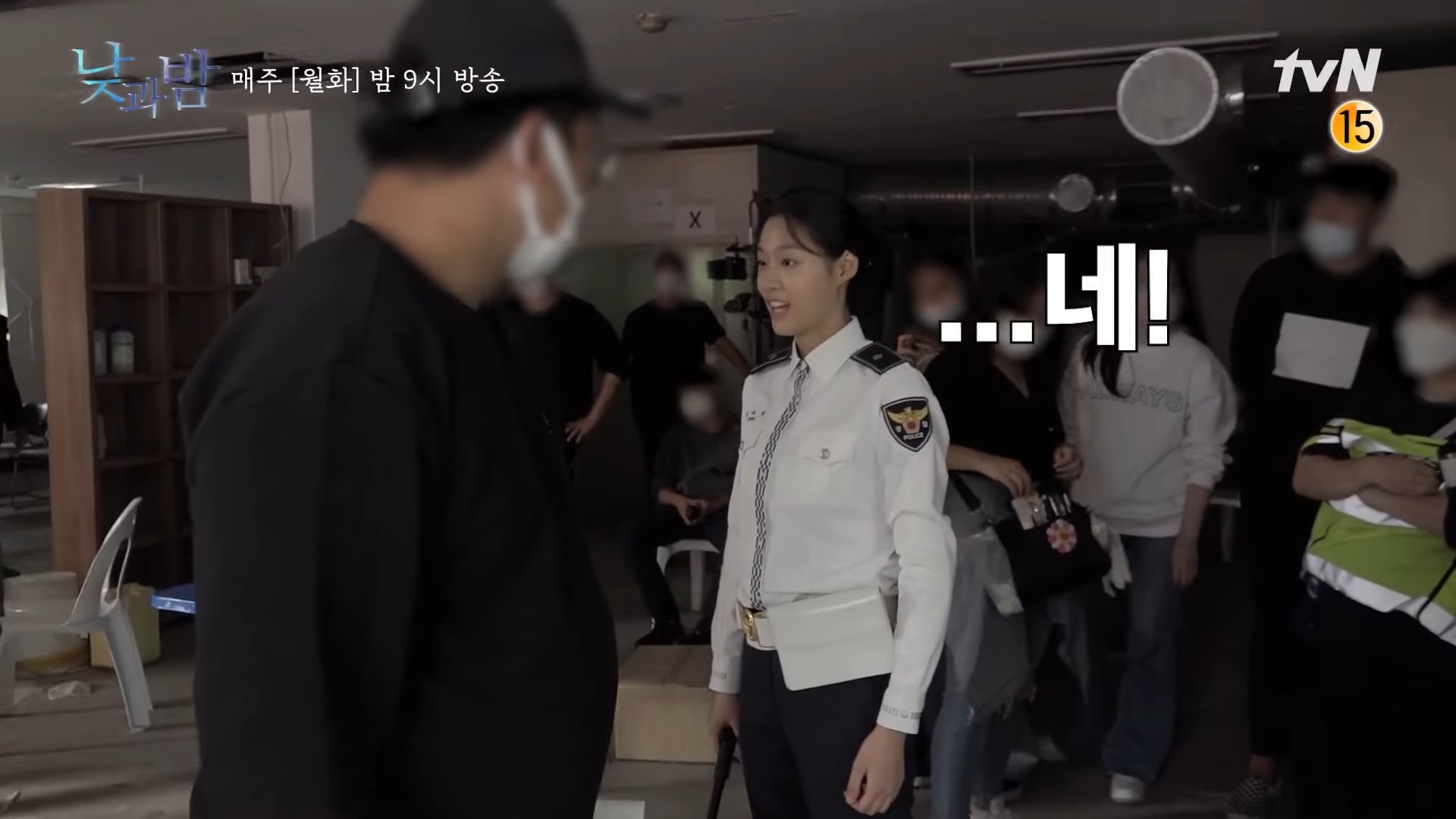 Next up is Namgoong Min, who teases Seolhyun when he catches her in the middle of a yawn. Although a box is thrown at him during his scene, he doesn’t even flinch as he bats it away, but he later says, “I was so surprised. I’m not good at fighting.” In the next scene, he continues to have reservations about his fighting skills as he tells his opponent that he doesn’t think he’ll be able to grab him by the neck. However, when it comes time to film he pulls off the move without any hesitation.

The action continues as Namgoong Min’s character is attacked in his hospital bed. After rehearsing an intense sequence with his assailant, the director praises Namgoong Min as he says, “We should have just filmed this.” Namgoong Min then films a scene where he covers Seolhyun’s mouth with his hand, so he seeks out hand sanitizer to film the scene.

The video then cuts to Lee Chung Ah, who discusses details of the next scene with Namgoong Min. During filming, Lee Chung Ah and Seolhyun sneakily peer out from behind a desk when Namgoong Min enters, and their impeccable timing makes everyone burst into laughter. Lee Chung Ah also learns how to load a gun, and although she slips up once, she quickly gets the hang of it. 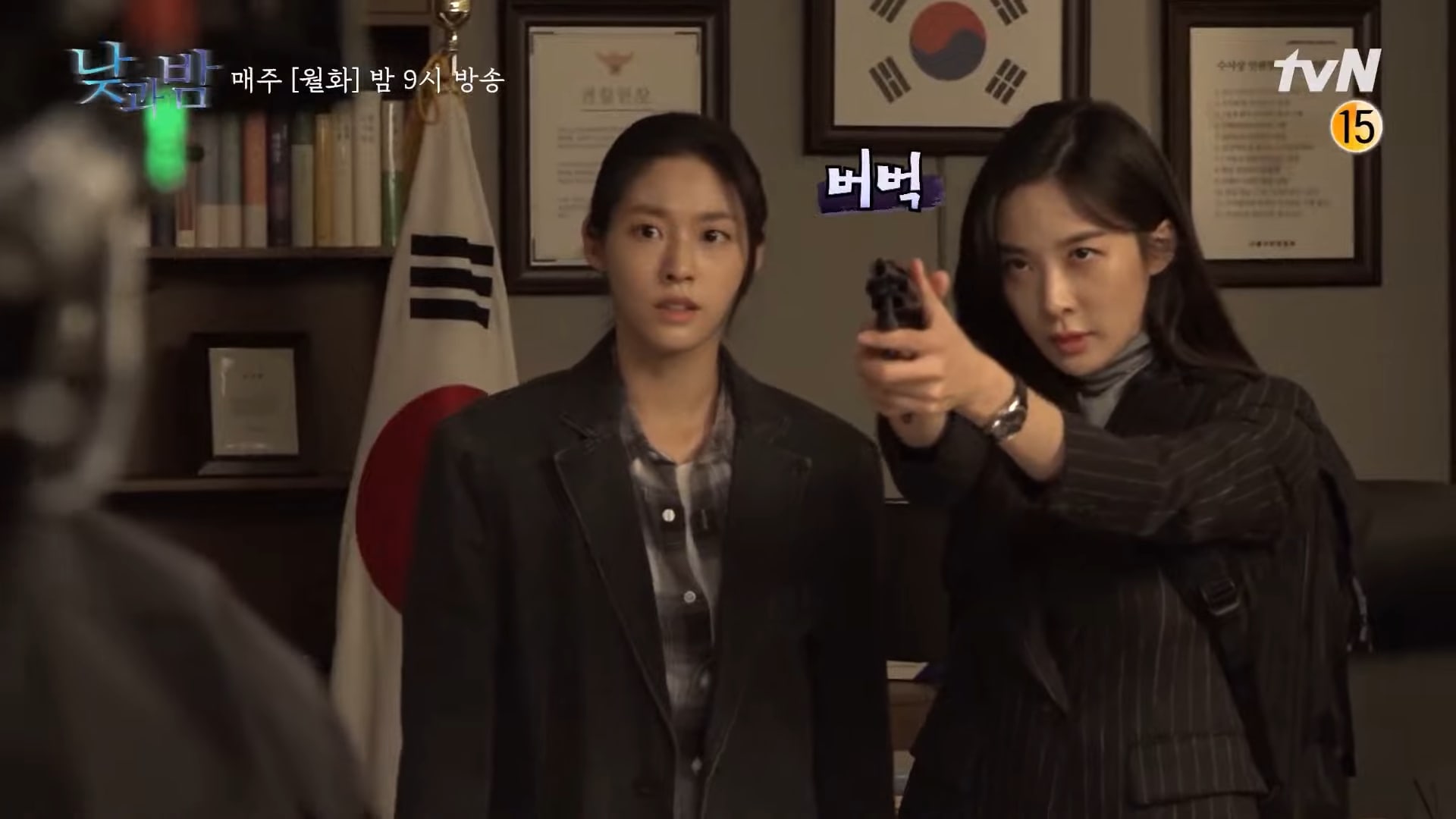 Next, Yoon Sun Woo goes over his script and tells Jang Hyuk Jin seriously, “It’s okay to hit me hard,” which draws surprised laughter from the staff. Yoon Sun Woo immerses himself in the intense scene but immediately flashes a smile and waves at the camera when he finishes.

Seolhyun then gets back to work with yet another action scene, showing off her professionalism as she carefully goes over each and every move. Afterwards, she continues to throw punches in the air as if she can’t get enough of the action. Namgoong Min, who is still in the midst of filming, just barely manages to hold back his laughter at her antics. He immediately tells on her after filming wraps up and says in lighthearted exasperation, “I just barely held it in.”