Yoo Yeon Seok And Lee Yeon Hee Compare Each Other To Their “New Year Blues” Characters, Share Hopes For 2021, And More

Yoo Yeon Seok and Lee Yeon Hee are featured in the latest issue of Cosmopolitan magazine!

She continued, “However, once she’s there, she again runs into trouble at the hotel due to a reservation issue and finds herself with nowhere to stay. Not even her vacation can be organized so she takes time to reflect on her faults. That’s when she experiences new emotions while looking at Jae Heon, who unlike her, is able to solve and accomplish anything.”

Yoo Yeon Seok added, “Jae Heon wants to forget about Korea due to burnout so he moves to the other side of the planet. He doesn’t really want to encounter any Korean people but he continuously runs into Jin Ah who is always facing some kind of difficulty. They develop a bond as he helps her out. They’re a couple that gives a certain type of butterflies with their fateful relationship in an unfamiliar land.” 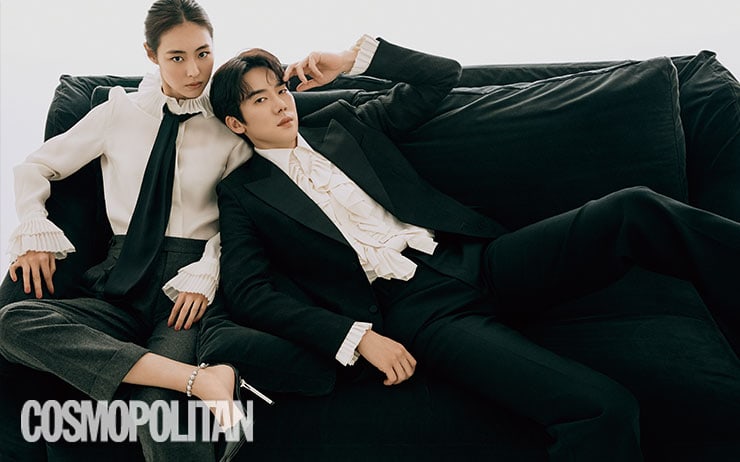 When asked to compare each other to their characters, Yoo Yeon Seok answered, “From Jae Heon’s perspective, Jin Ah is such a nuisance who makes you think, ‘How can someone be on vacation without any plans?’ But the Yeon Hee I know is someone with an organized personality who looks up destinations and restaurants that fit her tastes ahead of time before going on vacation. Even during filming, just when we thought it’d be a good time to go eat something good with our staff members, Yeon Hee would already have found a good restaurant nearby.”

Lee Yeon Hee responded, “Yoo Yeon Seok is very attentive and I think he enjoys taking care of those around him. During our last filming, he even gifted each staff member a bottle of wine. He chose a wine with a label that had a lot of blank space so he could sign them and individually told staff members, ‘You worked hard,’ while looking them in the eye. He really looked so attentive and amazing.”

A preview of the film had shown the couple dancing the tango in Argentina. Regarding the scene, Yoo Yeon Seok explained, “With the sunset as the background, we were able to perfect a really incredible tango scene. Just for this scene alone, you have to watch our movie.”

He also talked about their preparations for the dance, sharing, “We definitely were able to slowly get closer while learning the tango and that became of help while filming too. When locals dance the tango, there isn’t any choreography and it’s more of the woman just following the man’s lead. I think that aspect is pretty similar to acting. The chemistry between actors is just receiving as much energy as you give and acting in response to that. The tango is also just the give and take of energy when following someone’s lead and that chemistry is similar to acting.”

Keeping in line with the main plot of their film, the actors were asked how they were personally spending their last month of 2020. Yoo Yeon Seok answered, “When the new year is approaching, I’m the type to get excited for the new start. Especially this year since everyone had a hard time with the pandemic, I have a lot of hopes and expectations that next year will be a bit more hopeful.”

Lee Yeon Hee shared, “Rather than look forward to or feel nervous for the new year, I have calm thoughts such as, ‘this year went by like this and another year is coming.’ Instead of making a big goal because it’s the new year, I’m the type to think about just naturally accepting this new time. That’s why I hope ‘New Year Blues’ will become a bit of comfort to viewers amid the ‘coronavirus blues.’ It’s not an aggressive ‘Let’s be strong!’ message and I think it’ll be great if viewers can relate, receive comfort, and think, ‘Yeah, that’s true.’ Just like Jae Heon and Jin Ah, everybody has times where they just want to escape. Ahead of the new year, I just hope that we can convey some comfort to those who want to find their life’s turning point.” 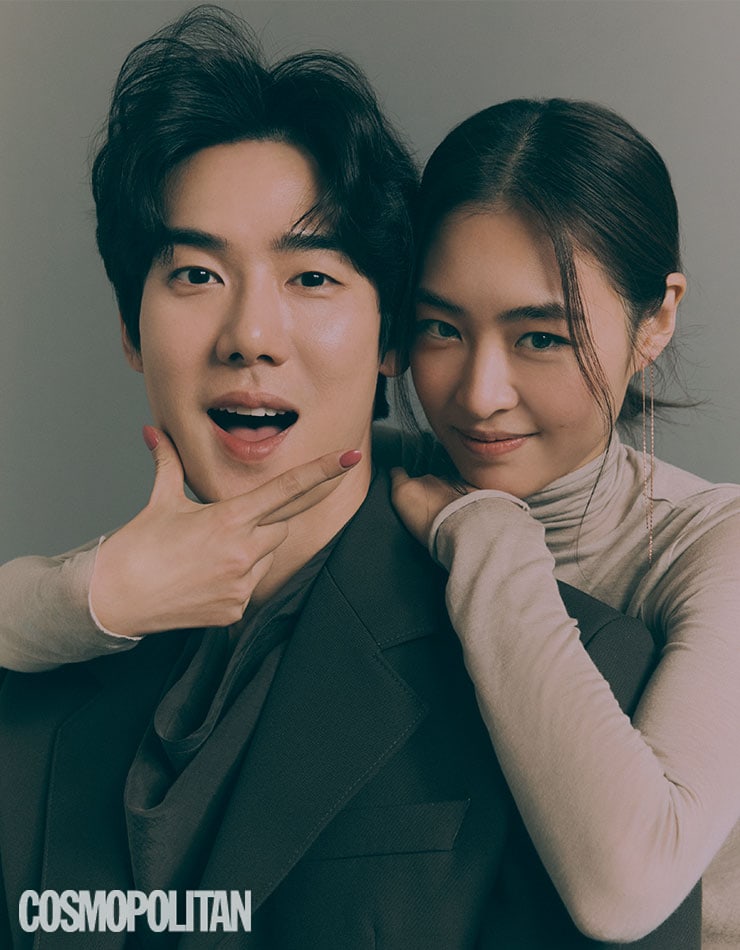 “New Year Blues” has postponed its release date due to the COVID-19 pandemic. Watch the trailer here!

Watch Lee Yeon Hee in “The Game: Towards Zero” below!