Girls’ Generation’s Sooyoung Talks About “Run On” And “New Year Blues,” Wrapping Up Her 20s, And More

Girls’ Generation’s Sooyoung recently participated in a pictorial and interview for Marie Claire.

Sooyoung is currently starring in the new JTBC drama “Run On,” as well as awaiting the release of her new film “New Year Blues.”

Asked to describe her character in “Run On,” Seo Dan Ah, Sooyoung said, “She’s the heir to Korea’s largest corporation, but she is pushed down the line of succession because she’s a woman. Dan Ah is very ambitious when it comes to work, and she’s good at it. She is clear about what she likes and dislikes and knows her path in life. Her words are always straightforward, so some people think she’s a bad person, but I think that she’s an honest person. She just can’t hide her emotions. She’s sensitive to the passage of time, so instead of circling around what she wants to say, she just says what she needs to say. She thinks it’s the quickest route to happiness. But then she meets and falls in love with someone who breaks all the rules she’s set for herself.”

Sooyoung continued, “I really wanted to play a youthful character who’s good at her job. I like how she goes all in when it comes to work. And it’s not just Dan Ah, but Shin Se Kyung‘s character, Oh Mi Joo, also takes pride in her work. When Dan Ah and Mi Joo face prejudice because they are women, they fight for what they deserve and make their own lives without hiding how they feel. Park Si Hyun, the writer of ‘Run On,’ said that she would make sure each female character achieved her goals. That there was no need for female characters to waver in love or power when faced with real life. I liked that attitude of hers.” 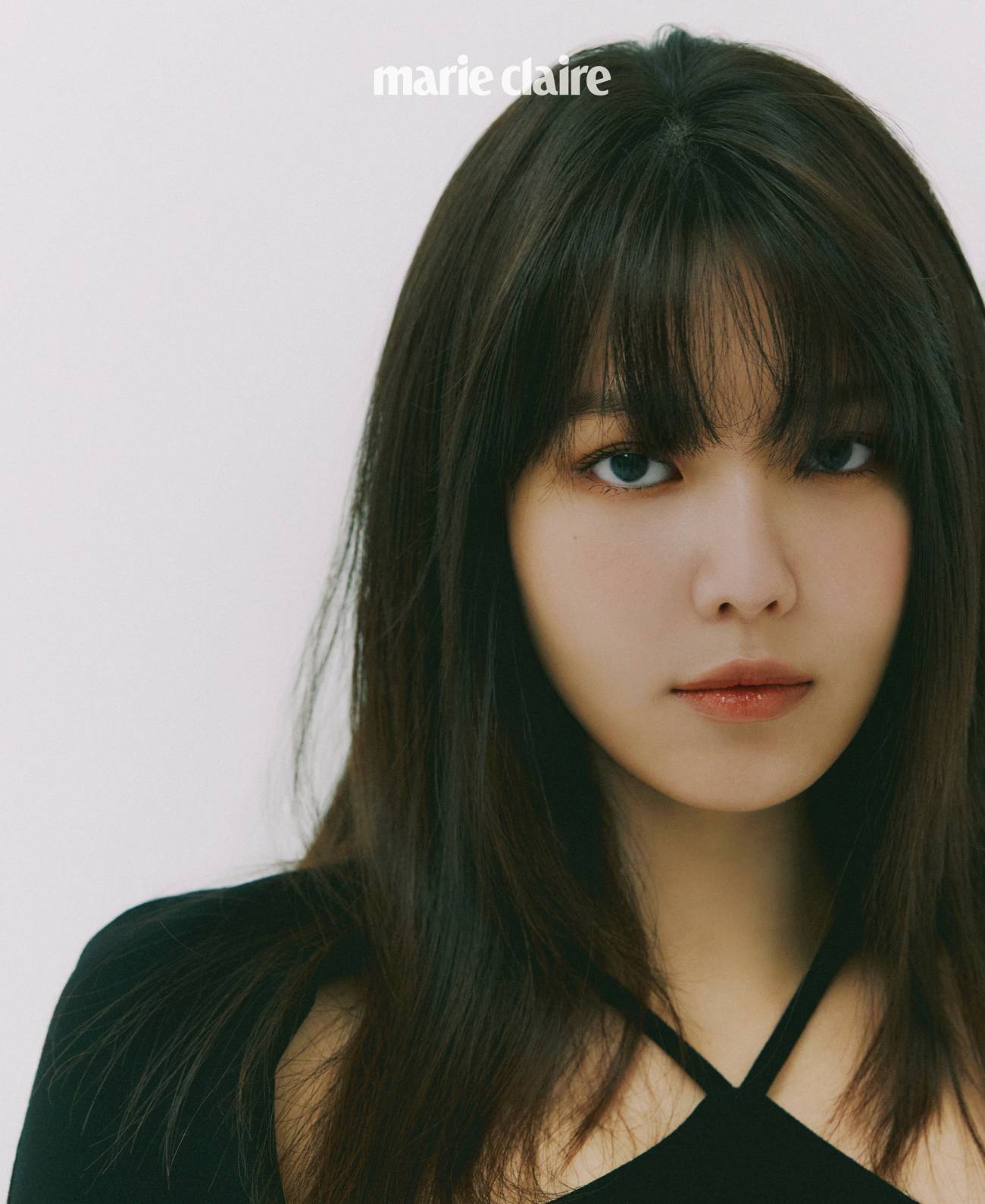 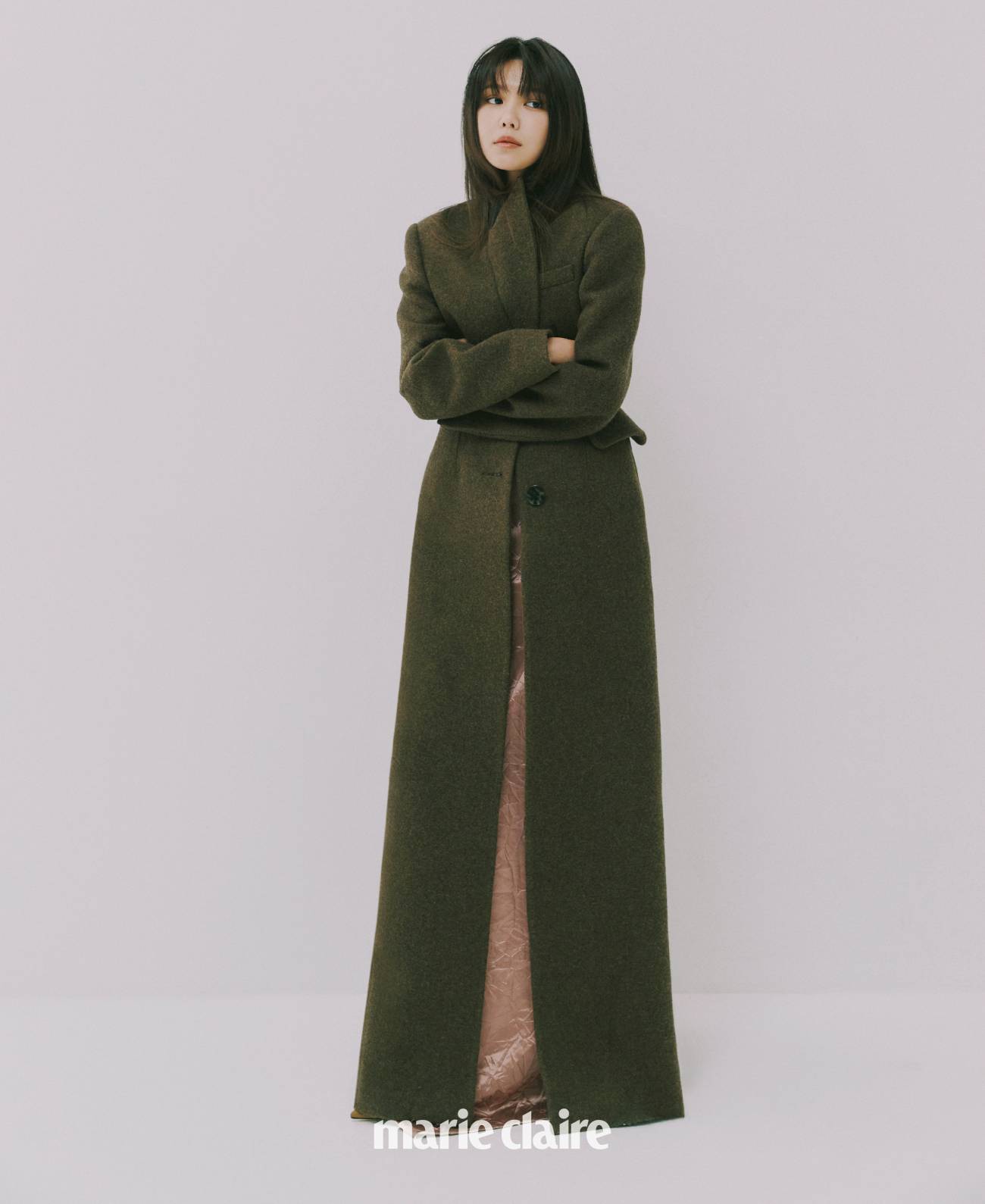 About “New Year Blues,” she said, “Oh Wol is the brightest character I’ve ever played. Under Hong Ji Young’s direction, I realized I should become more flexible. There were times when what I had prepared didn’t fit in with the direction that the director wanted to go in. Until then, I had thought that I was an actor who went along with what the director said. But unbeknownst to me, there was a wall inside me. If we compare it to a solfège scale, I thought I was at ‘ti’ but the director wanted me to go all the way to ‘do.’ Rather than a different direction, we had different ends in mind. But it was exciting. I liked how the director would discuss things with the actor until she’d persuaded them about what kind of emotions she wanted. Oh Wol is a very lovable character. I never thought that I would be suited to play lovable characters like that.” 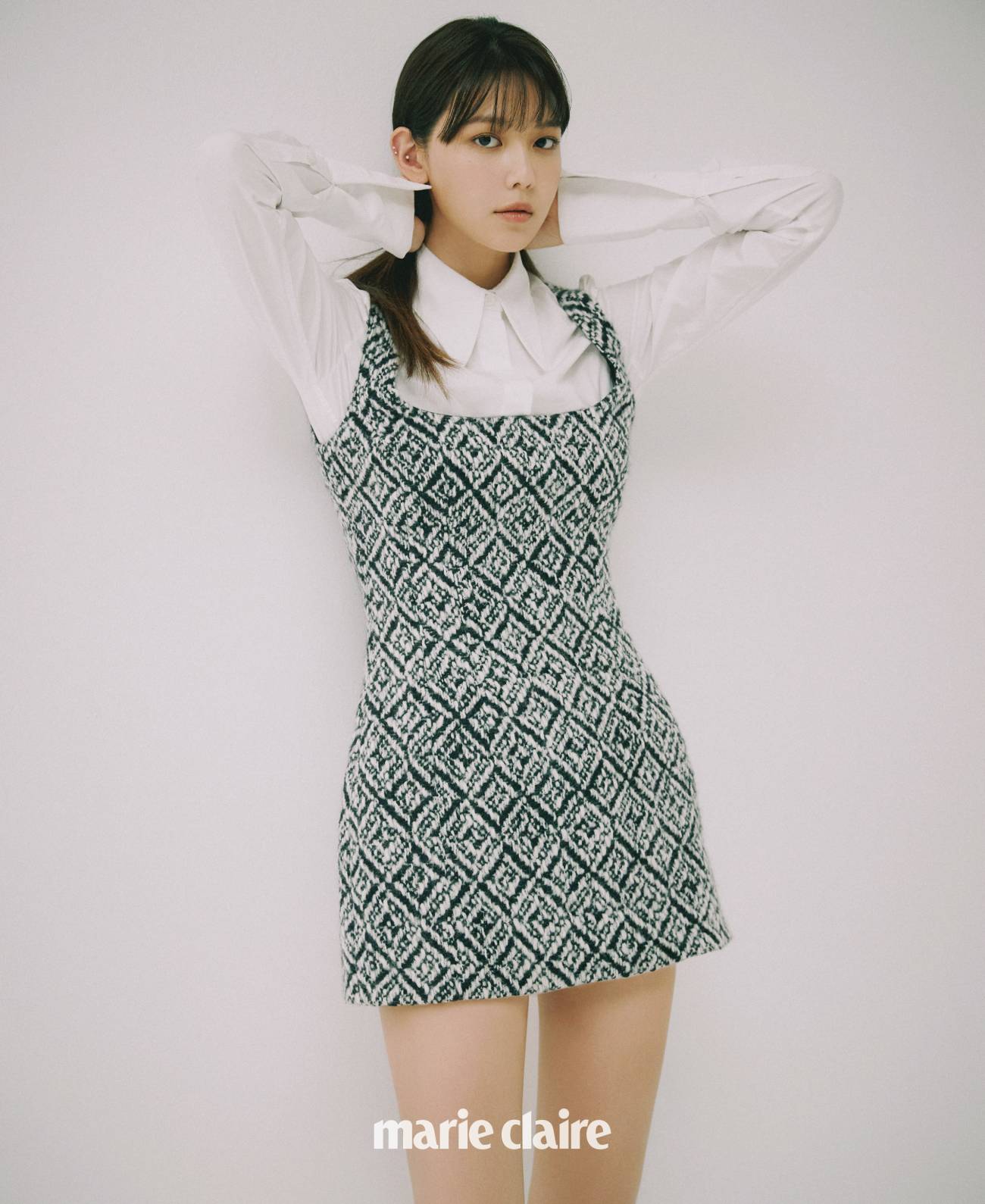 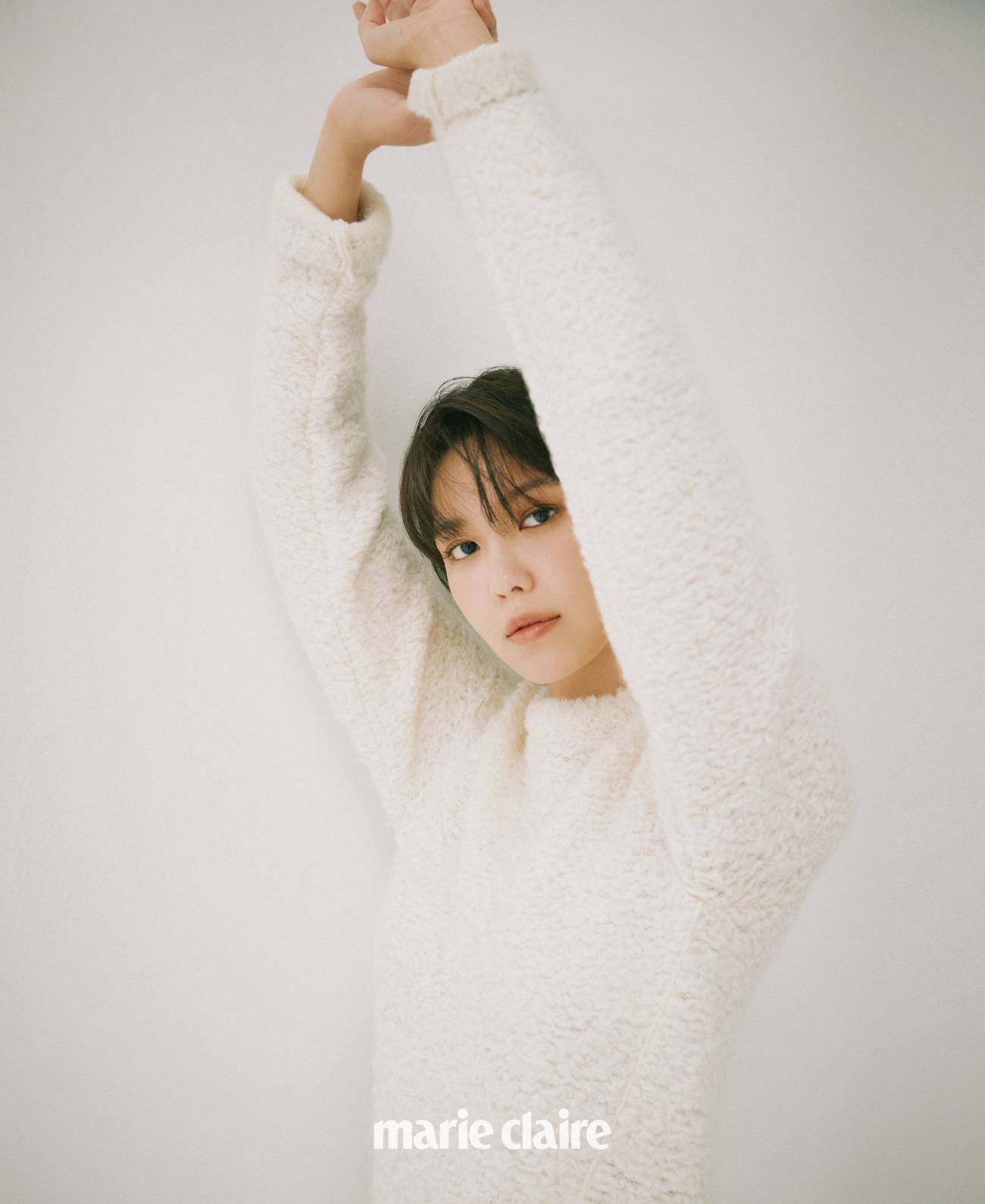 About the end of 2020, she said, “It feels like the mist is clearing from the paths that I’d never walked before. Now I know what I like, what things make me shine, who I should be with to have fun, and how to spend my time. I think that through everything I experienced in my twenties, what I earned was wisdom. In the past, I used to regret the passage of time. It felt like I wasn’t doing anything and time was just going by, and I wanted to try more things. But now I’ve done those things and what I have left are these roots. I’m going to focus on these roots and spend my 30s wisely.”

Sooyoung concluded, “For several years, I would always feel tired at the end of the year. The end of the year is when you celebrate what you did that year, right? So it came to feel like this was a time only for those who had accomplished something amazing. The meetings, the awards, the parties. For a while, I always celebrated the new year countdown on a stage. When I no longer attended awards as a musician, the end of the year felt strangely lonely. It felt like everyone else was celebrating what they’d done at the end of the year, and I was standing apart from them. I wrote the song ‘Winter Breath’ thinking about those things. I wrote it about two years ago, and for about two years, that’s how I felt. I was lonely in the winter, and at the end of the year. It’s not so much that I was alone, but that I couldn’t figure out what I had learned despite of all my experiences. I wasn’t sure if I had gotten the results from my experience either. But now it’s different.” 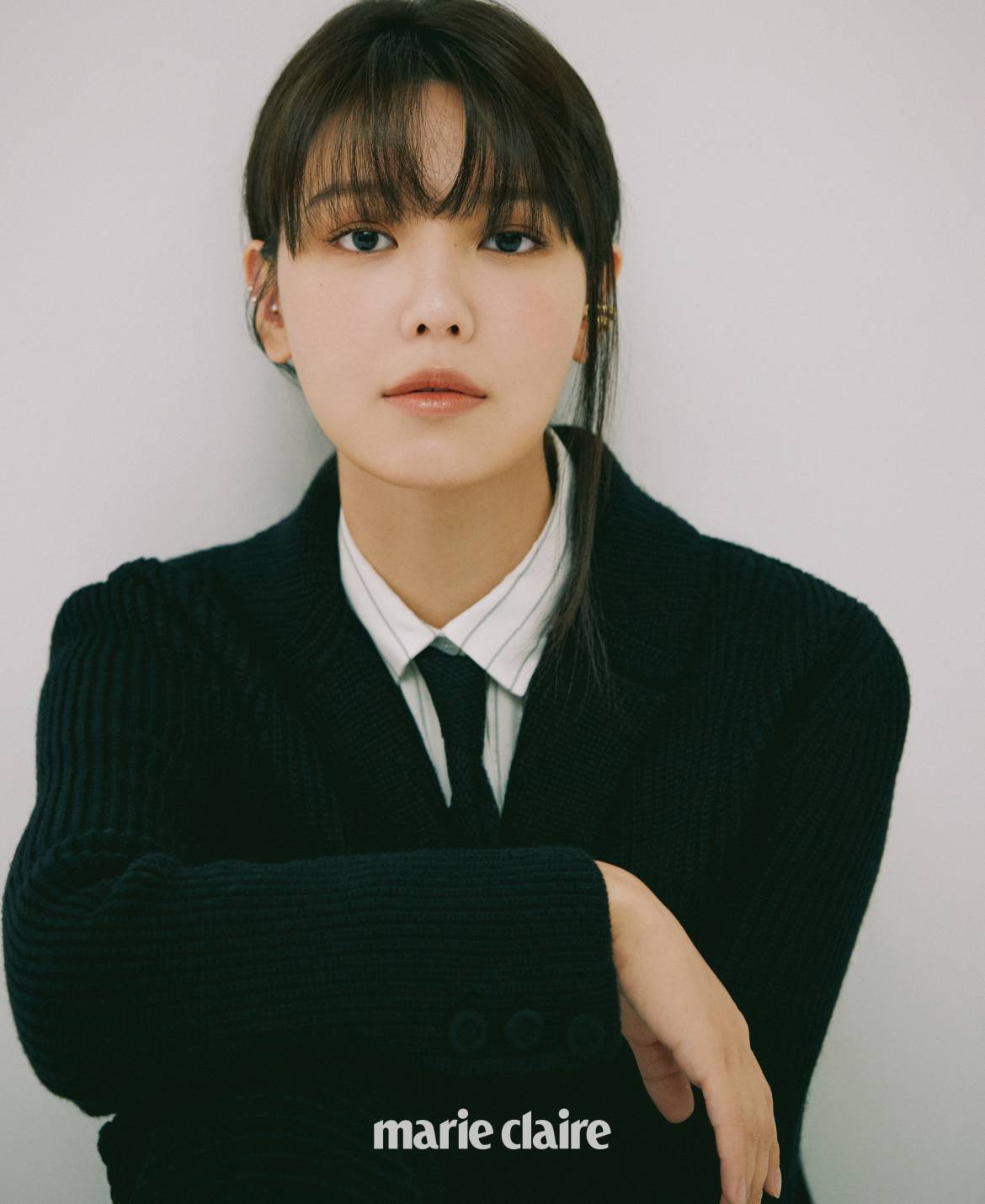 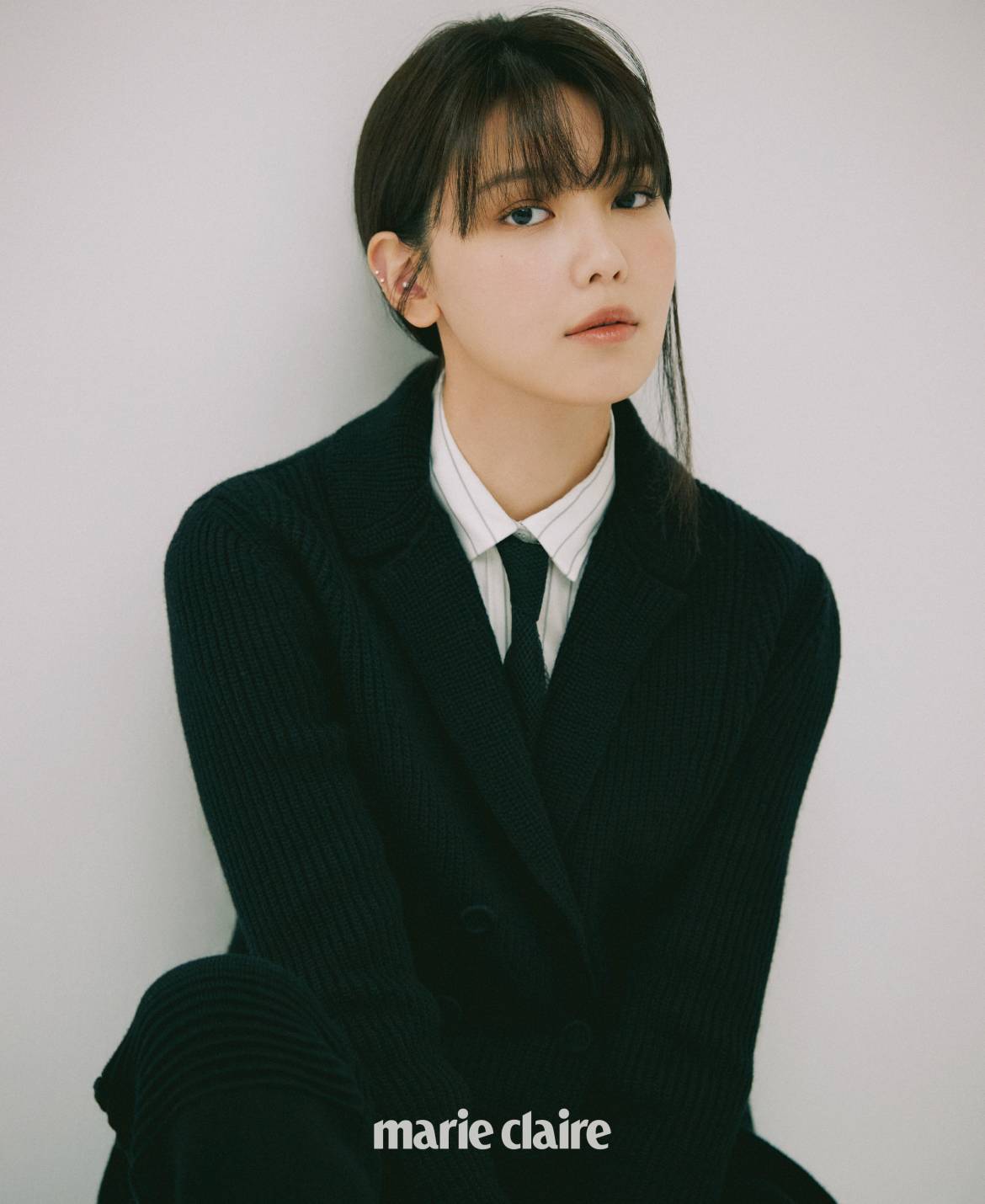 Check out Sooyoung in “Tell Me What You Saw“:

Girls' Generation
Marie Claire
Sooyoung
How does this article make you feel?