Lee Ga Eun Talks About Her Work As A YouTube Creator And Actor, Moving On From “Produce 48,” And More

Singer and actress Lee Ga Eun recently participated in a pictorial and interview with the magazine Esquire.

In the interview, she was asked about her YouTube channel, which she has been running for a little over a year. She said, “[Compared to when I started], I feel a lot less pressure when it comes to filming. I started the channel to communicate with fans, but I started to get bogged down with worries like ‘I need to do well’ and ‘Can I really do it like this?’ Now I’ve realized that I can show diverse things here and there and now I feel more comfortable with it.”

She continued, “At first, it was really hard. I have the type of personality where I’m shy and can’t really talk first. I wondered if I could really act friendly and outgoing on camera, and which side of me the fans would prefer to see. But one day I realized that I wasn’t getting through to my fans. Shyness can sometimes come off as standoffishness or carelessness. I decided I needed to be more confident about expressing my gratitude and love so that I could get close with fans. These days, there are a lot of paths I can take to approach fans, from Instagram to YouTube.” 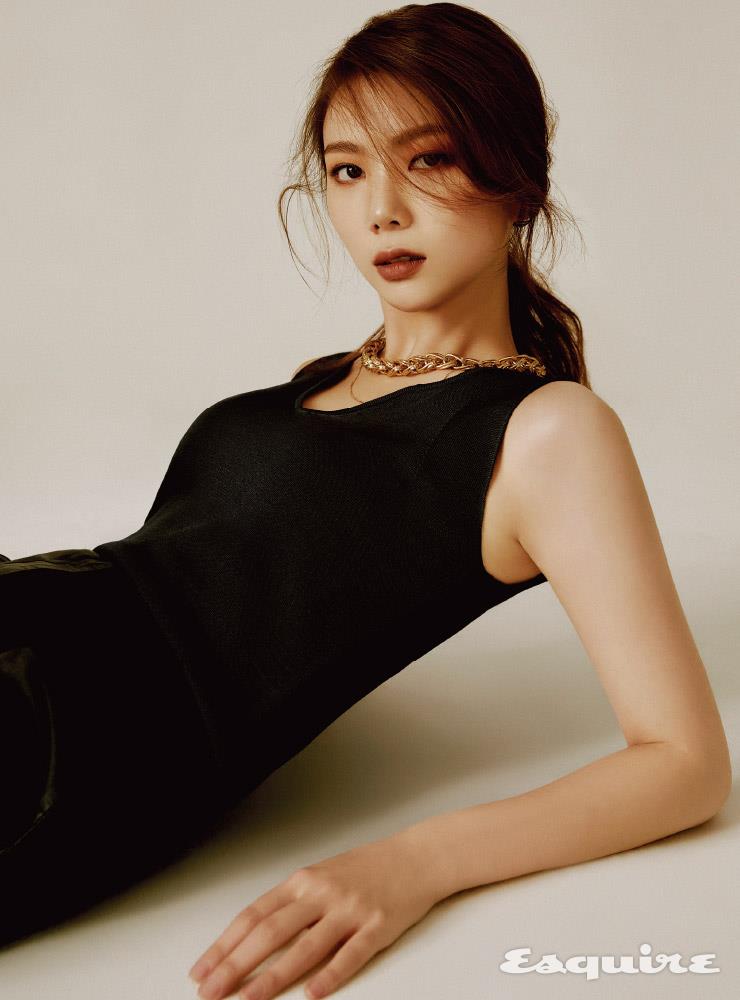 Lee Ga Eun shared that she was currently studying English, and the interviewer mentioned that she had learned Japanese when she lived in Japan during middle school. She said, “I was going through puberty at the time. But I think those experiences helped me establish my sense of self. I’m scared of a lot of things, to the point where I could be called a coward. I have difficulty trying new things. And going to a Japanese school is a really big challenge. I didn’t know a single word of Japanese at the time. My mother suggested I should go to a Korean school instead, and I don’t know where I got the courage to say this, but I told her that since I was living in Japan I should go to a Japanese school.” 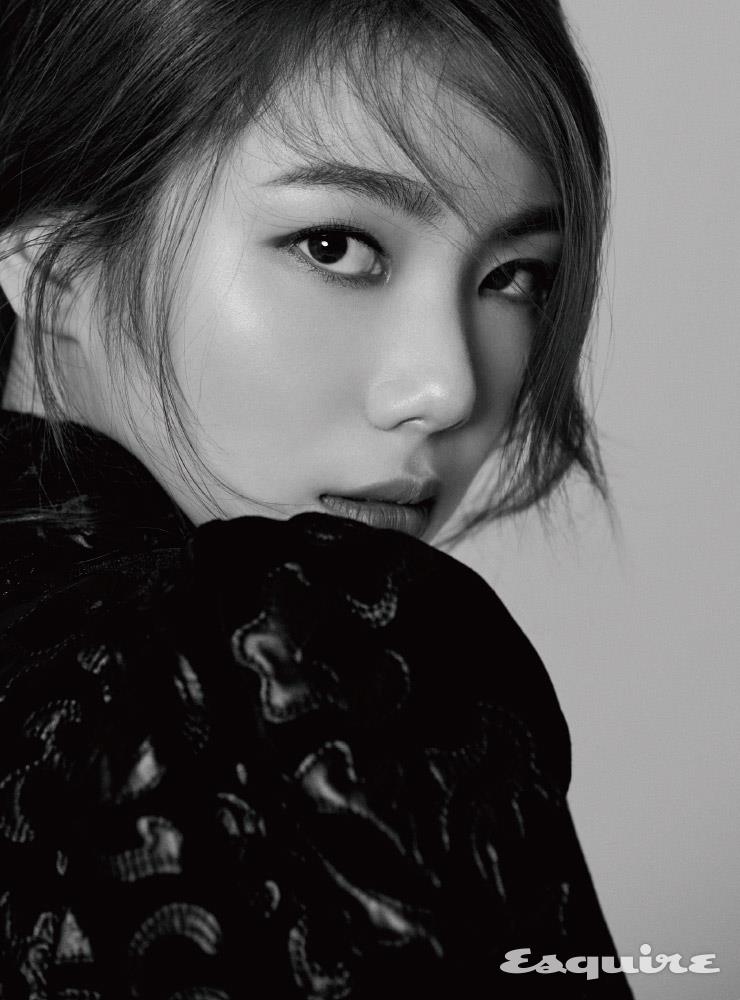 On this topic, the interviewer cautiously mentioned that being fluent in Japanese had come in useful during her appearance on “Produce 48.” “Produce 48” was an Mnet survival program that aired in 2018 and featured contestants from both South Korea and Japan. In November 2020, an appeal court revealed the names of the trainees on the “Produce” series who had been eliminated due to voting manipulation, which included Lee Ga Eun.

The interviewer asked Lee Ga Eun for her permission to talk about the show in the interview, which she granted. Asked how she had felt when her name had come up in the news, she replied, “Hm… it’s hard to say. I didn’t really go through a change of heart when I heard the news. But I wasn’t sure what kind of effect I would have if I spoke out. I was afraid that there might be misunderstandings or my words would be twisted into a different direction. That’s why I didn’t say anything right away.”

Asked about her experience on the show, she said, “I don’t think I lost anything. At the time, when I decided to appear, I thought, ‘I don’t have anything to lose.’ Instead, I have gained a lot. After all, I got the chance to communicate with my precious fans more often. My last performance with After School was at an event. I didn’t realize at the time that that would be my last appearance with After School, but it was. That’s why I went on ‘Produce 48’ with the mindset that every performance could be my last. I did my best, so it was all good. That’s why I have no regrets.” 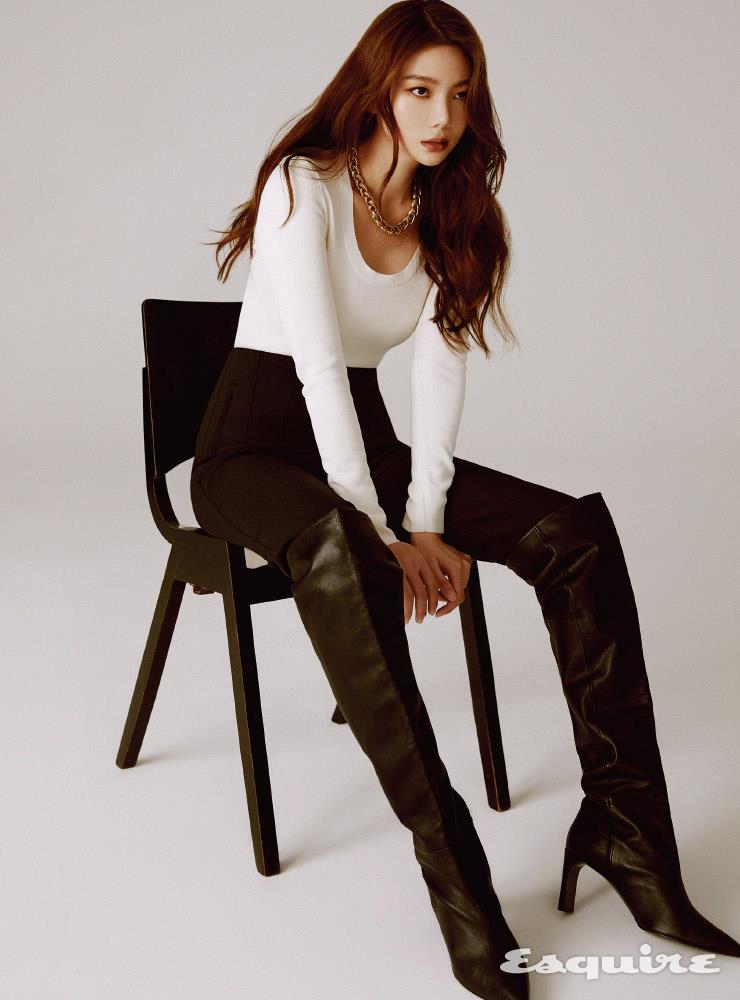 Lee Ga Eun recently made her debut as an actress. Asked about the characters she hoped to play someday, she replied, “When I watch actors who are much older than me, I feel a sense of comfort. I want to act in humane stories that people can relate to and bring them comfort. I also want to try roles that are completely opposite from my own image.”

She added that she still uploads covers on YouTube and said, “There are a lot more people who recognize me as a singer than as an actor. My fans are cheering me on as I make my way as an actor, but they also loved me as a singer. And since I was a singer originally, I want to keep showing them a little of my songs now and then.” 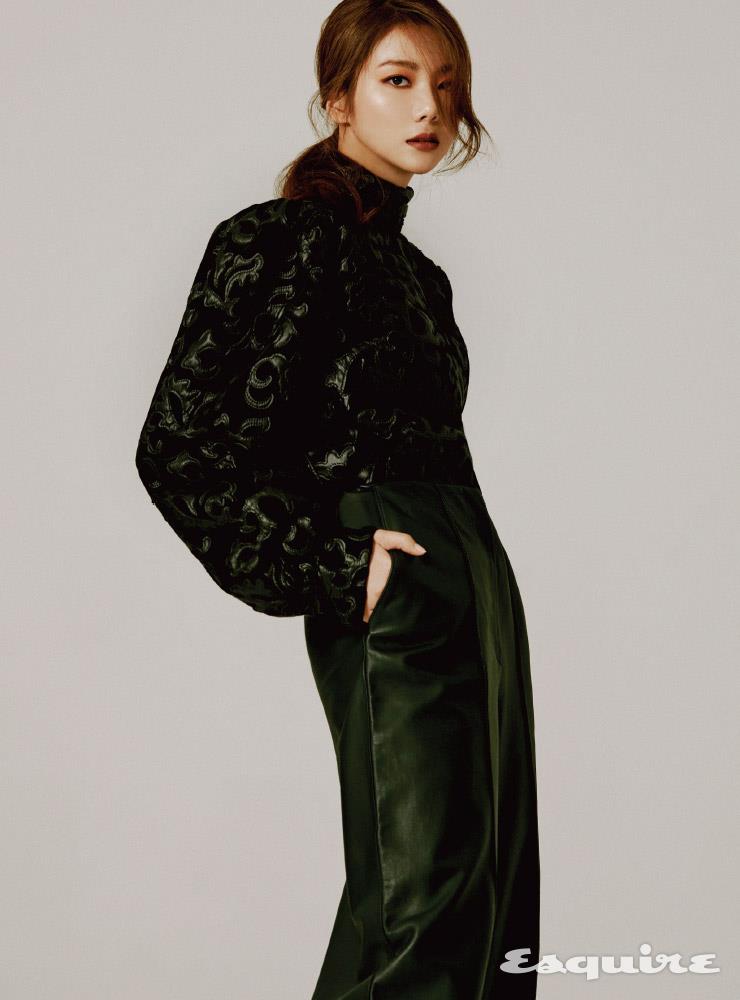 Esquire
Lee Ga Eun
How does this article make you feel?