As a special Christmas prank, the agency Namoo Actors decided to give their artists “useless gifts” and film their reaction!

Park Eun Bin is the first actor to appear in the video and is asked to choose her gift without looking from a bag. Having decided that bigger is better, she picks out a large present only to find that it is a pink plastic dustpan. Song Kang is next and has no idea what his floppy pink present is supposed to be and is told by the agency staff that it is a bib. Park Ji Hyun falls to the floor in shocked laughter after she realizes her gift are special photo cards of the agency CEO, Kim Jong Do (viewers of “2 Days & 1 Night” will recognize him as the friend who appeared with the late Kim Joo Hyuk in Season 3). 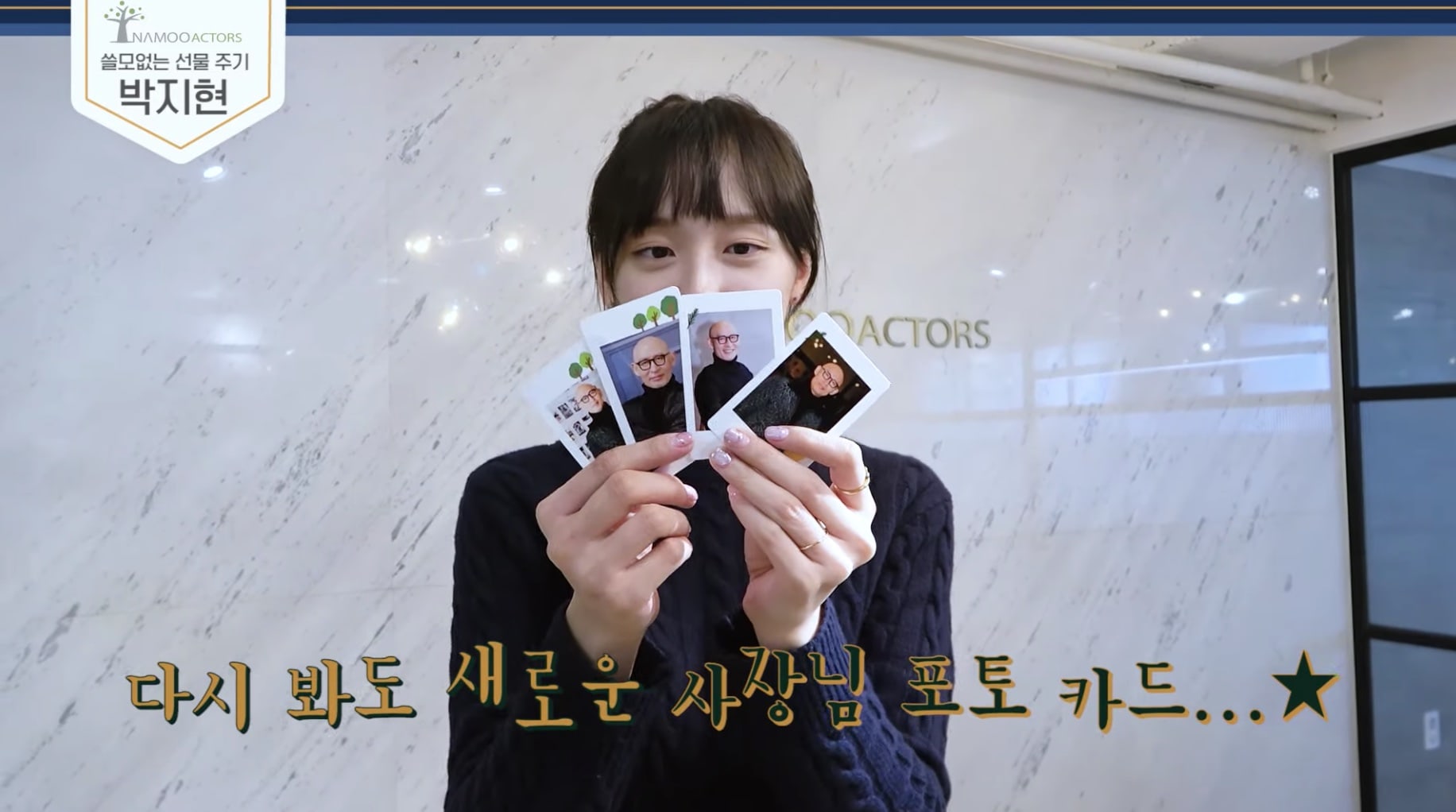 Seohyun receives a pink plastic purse (a children’s toy) and bursts out laughing before saying, “This is totally my style. I should carry this around. I haven’t gotten something like this since I was in elementary school.” Lee Joon Gi gets breakfast cereal, which he guesses in advance after rattling the box around, and complains, “I don’t even eat cereal.” As videos cannot include obvious advertisements, he then shakes the box around and tells the staff, “Have fun trying to blur this out.”

Park Min Young receives a bag in the shape of a frog and poses with it, jokingly comparing it to fellow Namoo Actors artist Jun Jin Sung, before asking, “Can I just leave it here?” Shin Se Kyung gets a t-shirt emblazoned with CEO Kim Jong Do’s face and tries to reject the gift before trying it on. 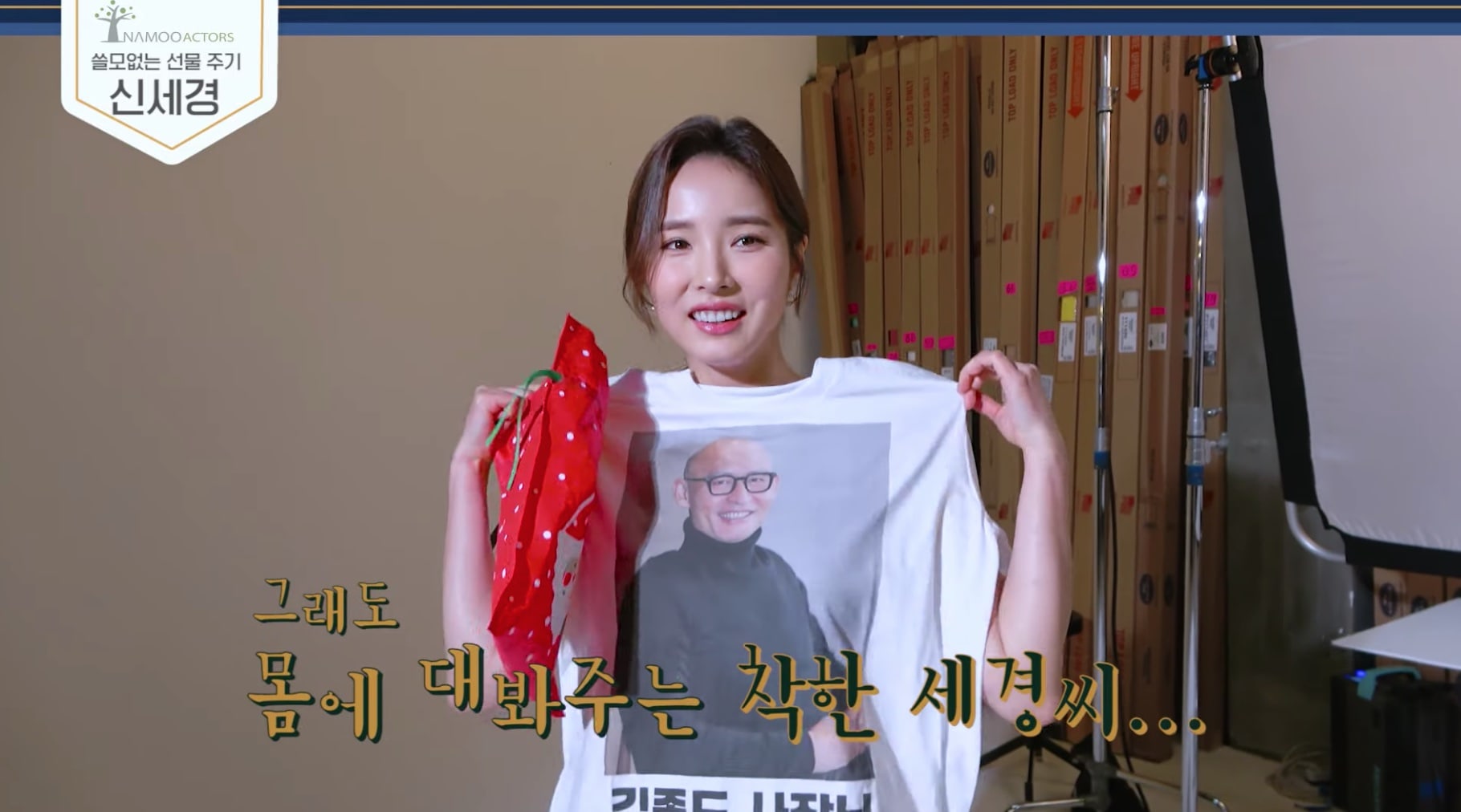