An adaptation of a popular web novel, “She Would Never Know” will tell the love story of the perfectionist Yoon Song Ah (Won Jin Ah) and her dashing younger colleague Chae Hyun Seung (Rowoon), who works with her on the marketing team for a cosmetics brand.

In the new poster, work colleagues Yoon Song Ah and Chae Hyun Seung have run into each other at a club, and they’re surprised to see each other looking different from their usual selves at work. 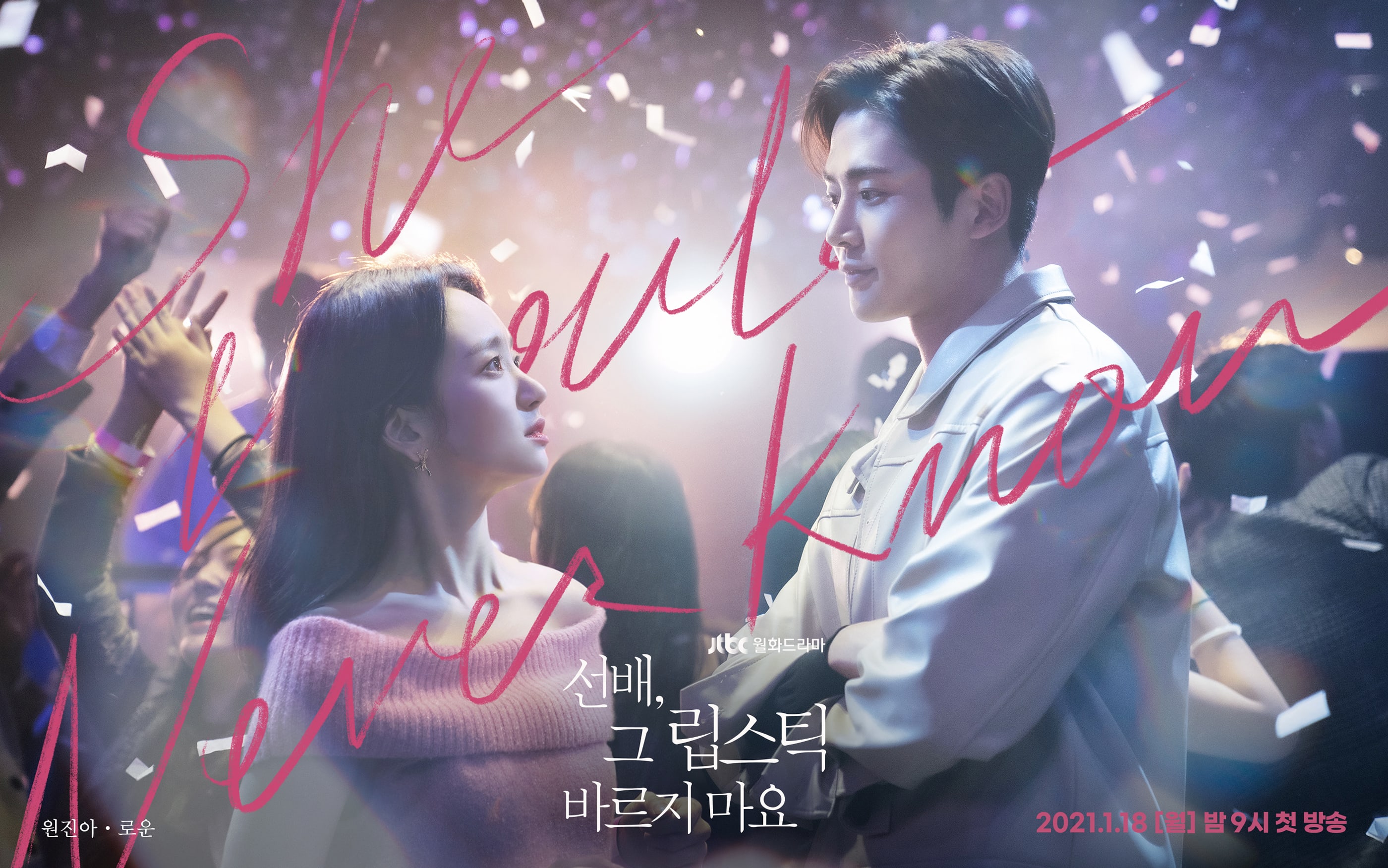 Yoon Song Ah wears a pink off-shoulder sweater that contrasts from her usual office attire, and Chae Hyun Seung appears in front of her with his arms crossed and his lips slightly curled up in a playful smile. In this moment, the atmosphere they give off is no longer one of colleagues, but of romantic tension. The confetti falls on them at just the right timing, adding to the magic of the moment.

As supervisor and subordinate, the pair is always together at work, but this time, they have run into each other even outside of the office. It remains to be seen if their encounter is one of fate or merely a coincidence.

Watch Rowoon in “Extraordinary You” while you wait!