Song Hye Kyo and Jeon So Nee showed each other some love this Christmas!

On December 25, Song Hye Kyo uploaded a photo of a wreath on her Instagram Stories and tagged Jeon So Nee’s account, writing, “It’s pretty like you. Thank u!!!” It appears as though the wreath was a holiday gift from Jeon So Nee to Song Hye Kyo. 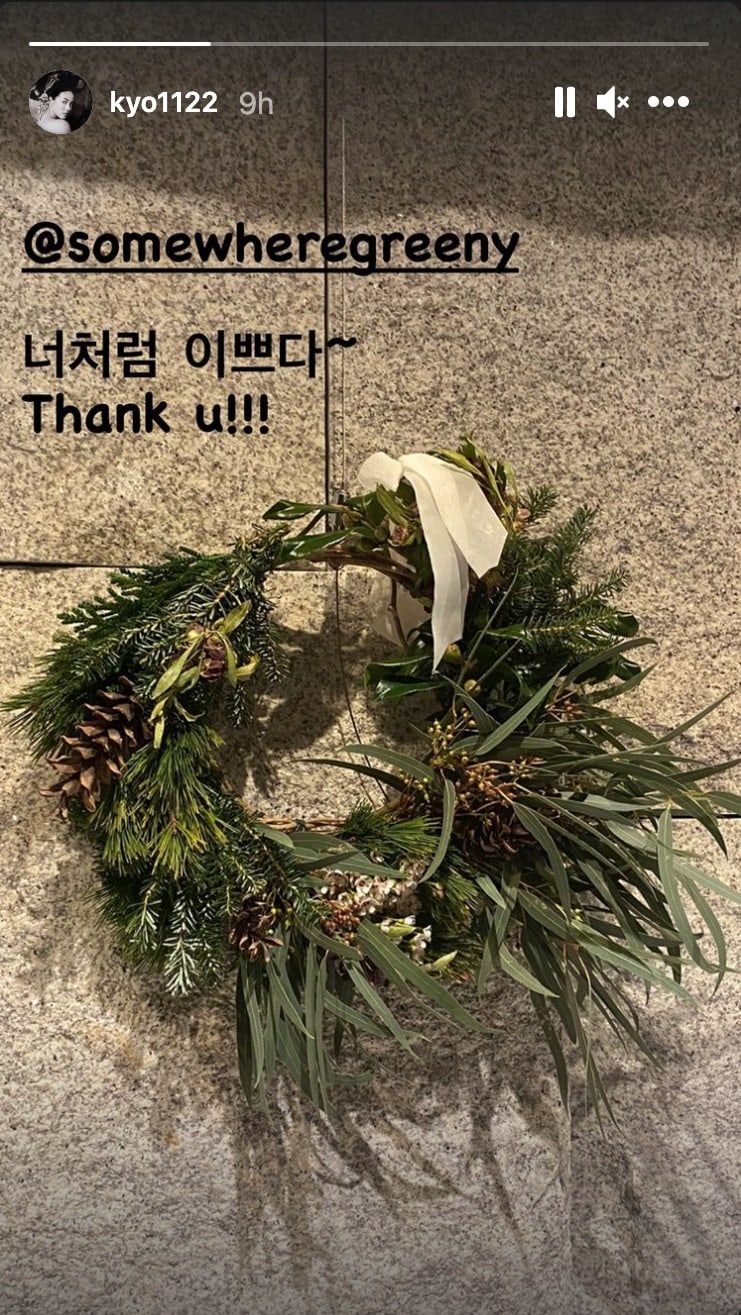 The two actresses worked together in the tvN drama “Encounter,” where Song Hye Kyo played the female lead named Cha Soo Hyun and Jeon So Nee played a character named Jo Hae In, a close friend of the male lead (played by Park Bo Gum).

Song Hye Kyo
Encounter
Jeon So Nee
How does this article make you feel?