“The Uncanny Counter” And Other Shows To Not Air This Weekend

OCN’s “The Uncanny Counter” will be taking a break this weekend.

OCN has announced that their popular drama will not be airing on December 26 and 27 because the channel is airing special broadcasts of movies for the holiday season. Instead, viewers will be able to rewatch episodes 1-8 on December 27 starting at 11 a.m. KST, while special videos for the drama will be uploaded on OCN’s official social media channels around the time of the drama’s usual broadcast.

Jo Byeong Gyu shared a photo of himself in character, holding up a sign that reads, “Let’s meet again on January 2, 2021. Please don’t forget So Moon!” 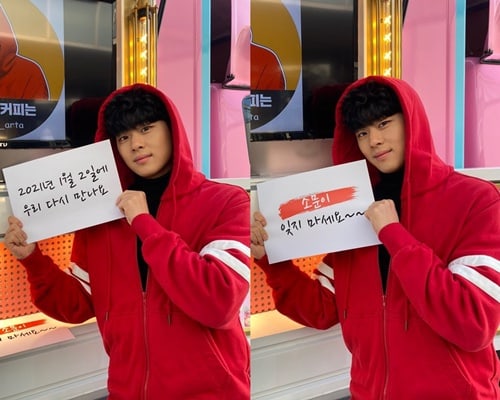 Other shows will also not be airing this weekend due to the recent spread of COVID-19 in South Korea. The TV Chosun drama “The Goddess of Revenge” has changed its production schedule in order to ensure compliance with COVID-19 safety protocols, and therefore will not air on December 27.

MBC’s “The Manager” will not air on December 26, after a staff member tested positive for COVID-19 on December 22. “Bae Chul Soo’s Music Camp 30th Anniversary” will air instead.

MBC’s “Where Is My Home” will also not be airing on December 27, and the Ha Jung Woo film “PMC: The Bunker” will air in its stead. Several MBC programs canceled broadcasts last week due to a number of positive cases at the broadcasting station.

Watch “The Goddess of Revenge” here…

The Manager
Where is My Home
The Uncanny Counter
The Goddess of Revenge
How does this article make you feel?