Rain chatted about married life and more on the latest episode of SBS’s “My Ugly Duckling”!

On the December 27 broadcast of the popular reality show, Rain made a guest appearance as a special MC. While watching footage of the cast from the studio, the star also talked about his own home life with his wife Kim Tae Hee.

When asked if he helped out around the house, Rain shared, “I do everything on my own. I try not to get help [from my wife] for most things.” He made everyone laugh by adding, “So I don’t really get scolded too much [compared to other husbands].”

Rain also revealed that he cooks for himself at home—but is very strict about needing to eat a full serving.

“I buy my own food, in exactly the serving size that I need to eat, and I set it aside,” he said. “So I’ll ask [my wife] in advance, ‘Do you want to eat?’ And if no one wants to eat, I’ll prepare a meal just for myself alone, eat it, do the dishes, and clean up everything. I like doing things that way.”

Host Seo Jang Hoon asked Rain what would happen if Kim Tae Hee changed her mind later and asked him for a bite of his food. Rain surprised the panelists by firmly replying, “No, I wouldn’t allow it. No. Those are the rules of our household.”

When asked if Kim Tae Hee had ever asked him for such a bite, Rain replied with a smile, “Yes, there was a time when that happened. I said no.” He went on to explain, “I have a specific serving size that I need to eat in order to feel full that day.” 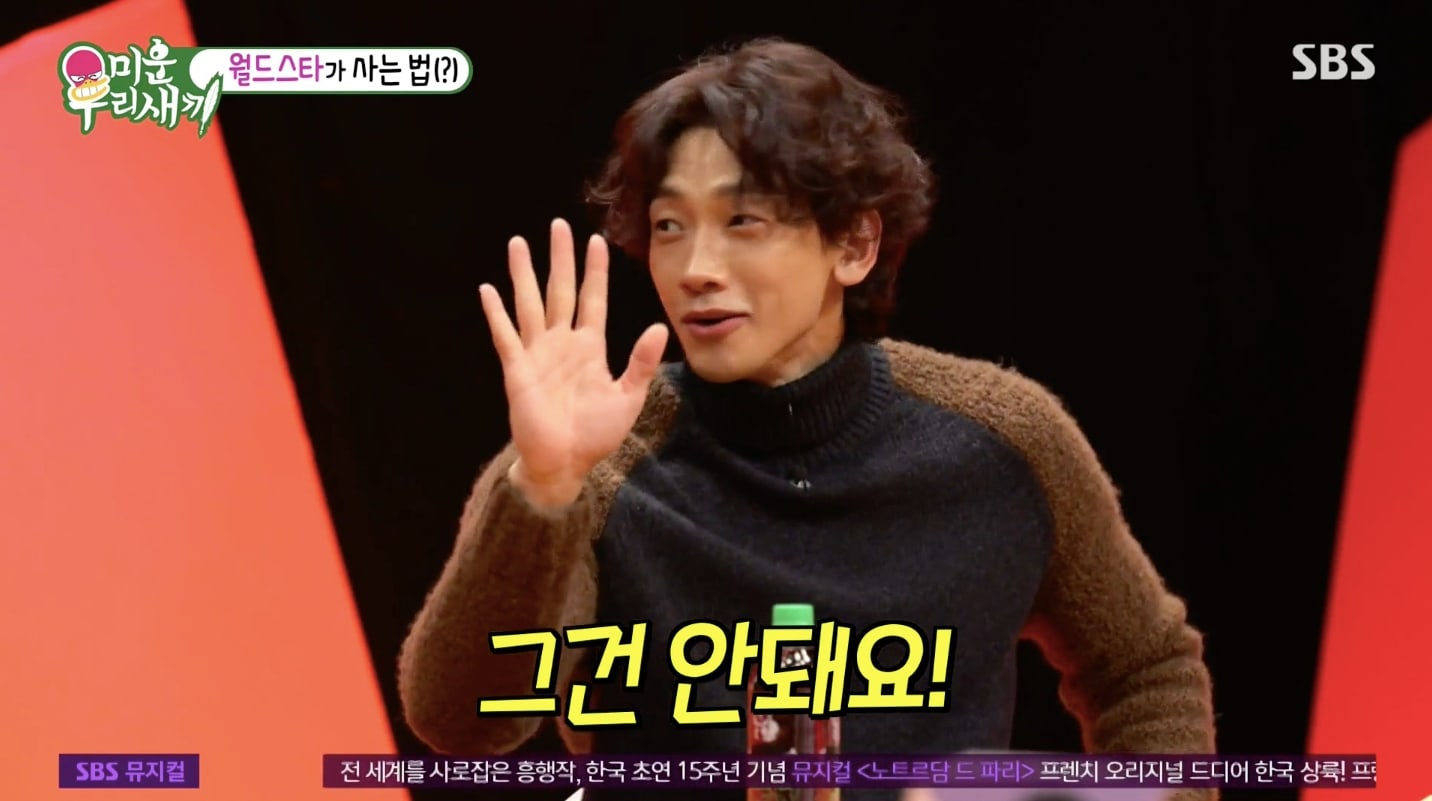 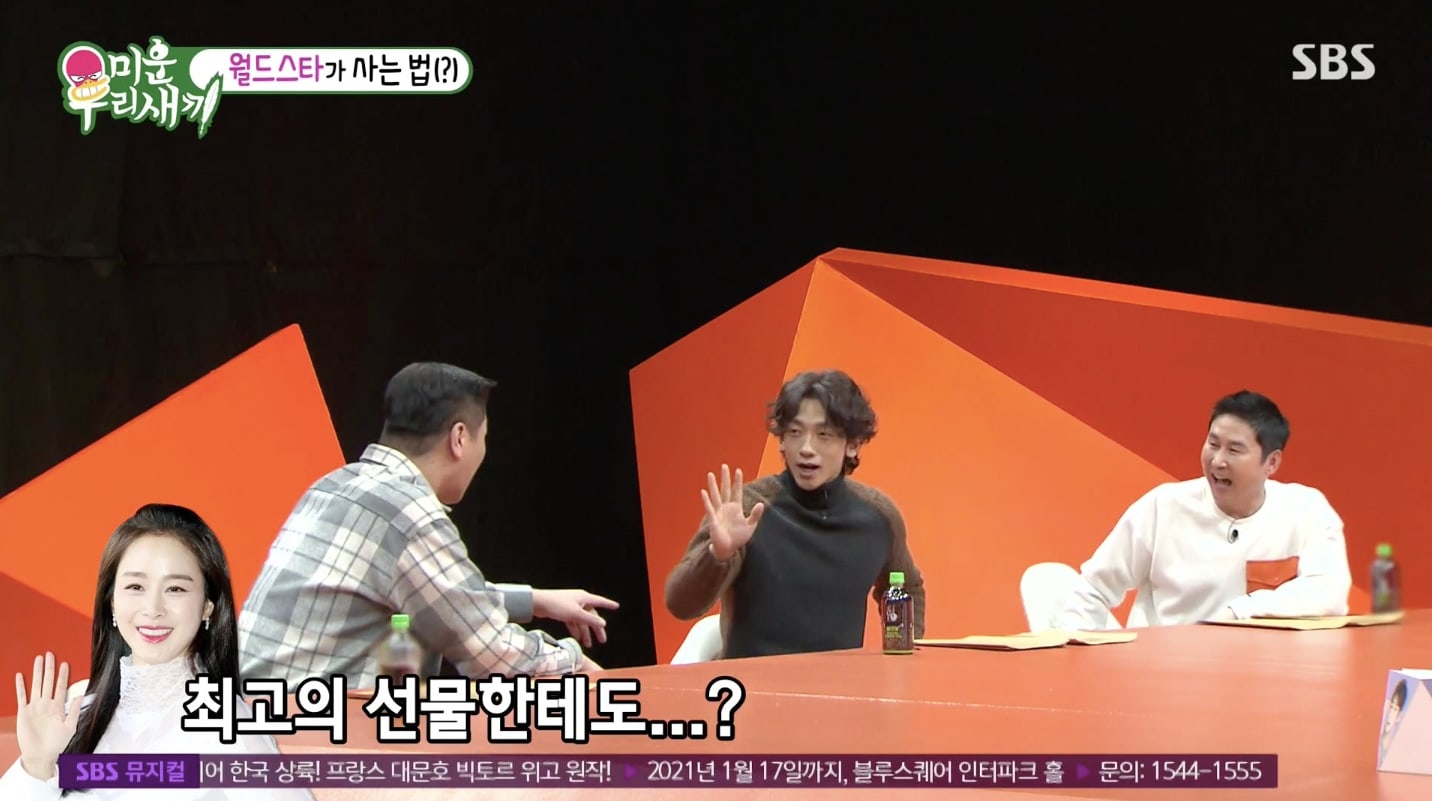 The hosts later asked Rain to name his favorite dish out of his wife’s cooking repertoire, to which he responded, “I’ll eat anything she makes. Everything she makes is delicious. She’s good at cooking.”

However, when they continued to press him for a more specific answer, Rain chose Kim Tae Hee’s shabu shabu, explaining, “She likes to use the very best ingredients in order to cook a good meal.”

At another point in the show, Rain talked about frequently running into “My Ugly Duckling” cast member Kim Jong Kook at the gym.

“It’s strange,” he said. “On holidays, like Christmas Eve, if I don’t have anything to do, I go to the gym. But there’s always someone yelling loudly on the other side of the gym [as they work out]. When I check to see who it is, it’s always Kim Jong Kook, without fail.”

He jokingly continued, “Even on holidays, if I go to the gym in the wee hours of the morning, in order to quietly work out when there’s no one around, Kim Jong Kook is there making exercising and making loud noises.”

Rain went on to explain why he was unhappy about running into the fellow singer, telling Kim Jong Kook’s mother, “I don’t want to work out together with him. He and I are at different physical levels. If I had to classify us, he’d be in the heavyweight division, while I’m more a middleweight.” 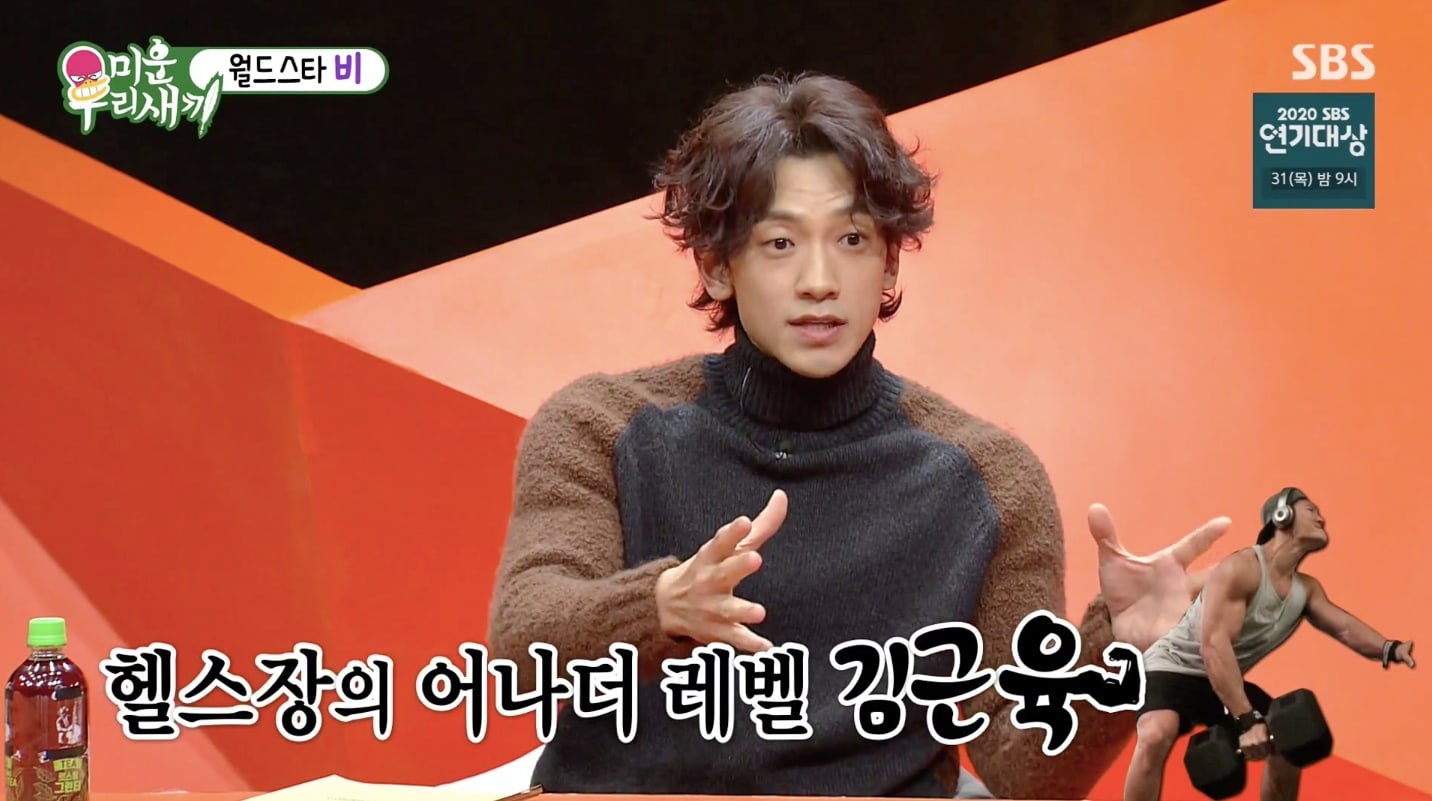 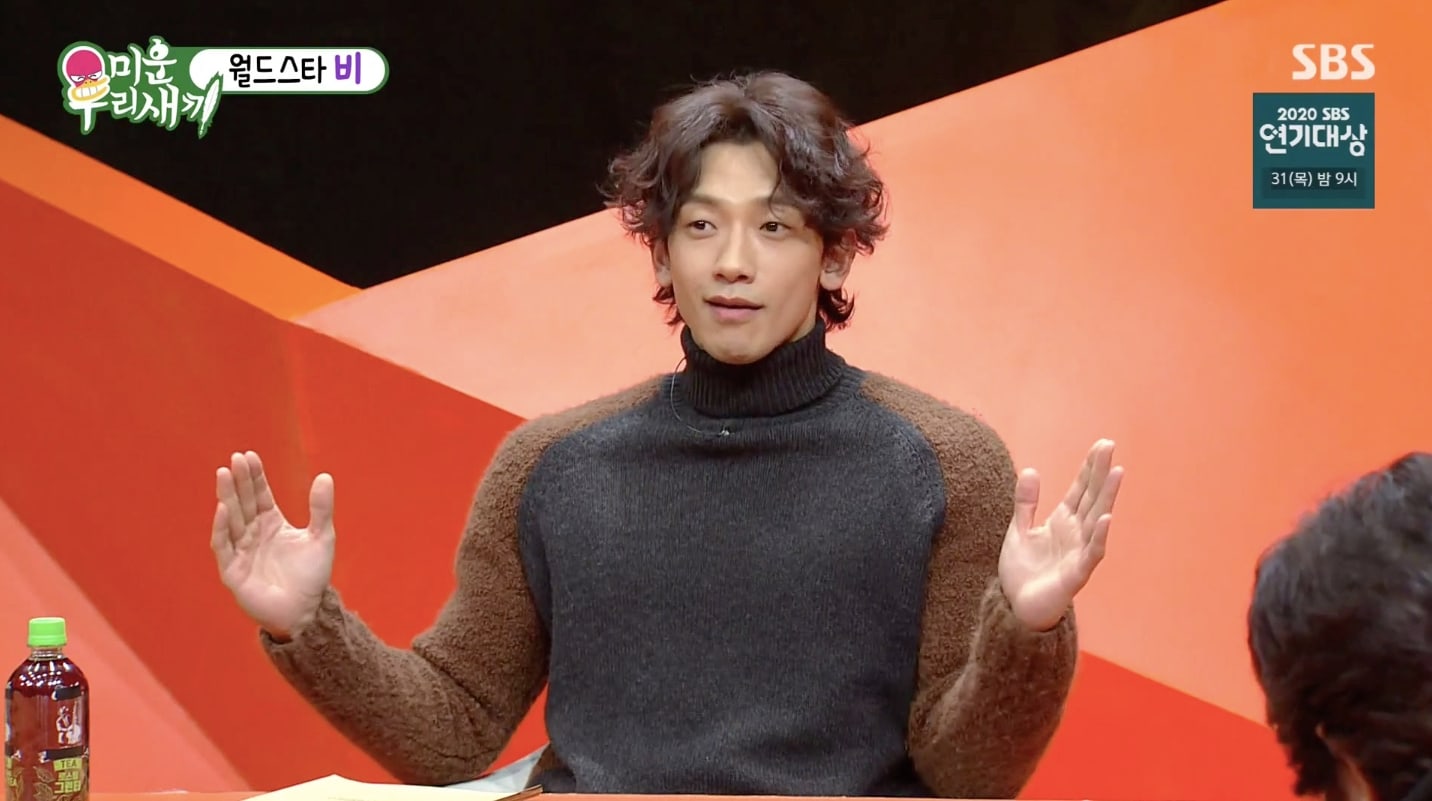