The tvN drama “L.U.C.A.” has shared its first posters!

Kim Rae Won is making his return to the world of dramas through “L.U.C.A.”, three years after starring in “Black Knight.” In “L.U.C.A.”, Kim Rae Won plays Ji Oh, who becomes chased because of his special skills, while Lee Da Hee takes the role of violent crimes detective Gu Reum, who is the only one who remembers him.

The look in Kim Rae Won’s eyes is captivating in the first poster for the show. Ji Oh was thrust out into the world on his own, and the poster conveys his feelings of loneliness as well as the secretive air that surrounds him. The image reads, “Spectacle pursuit action.” 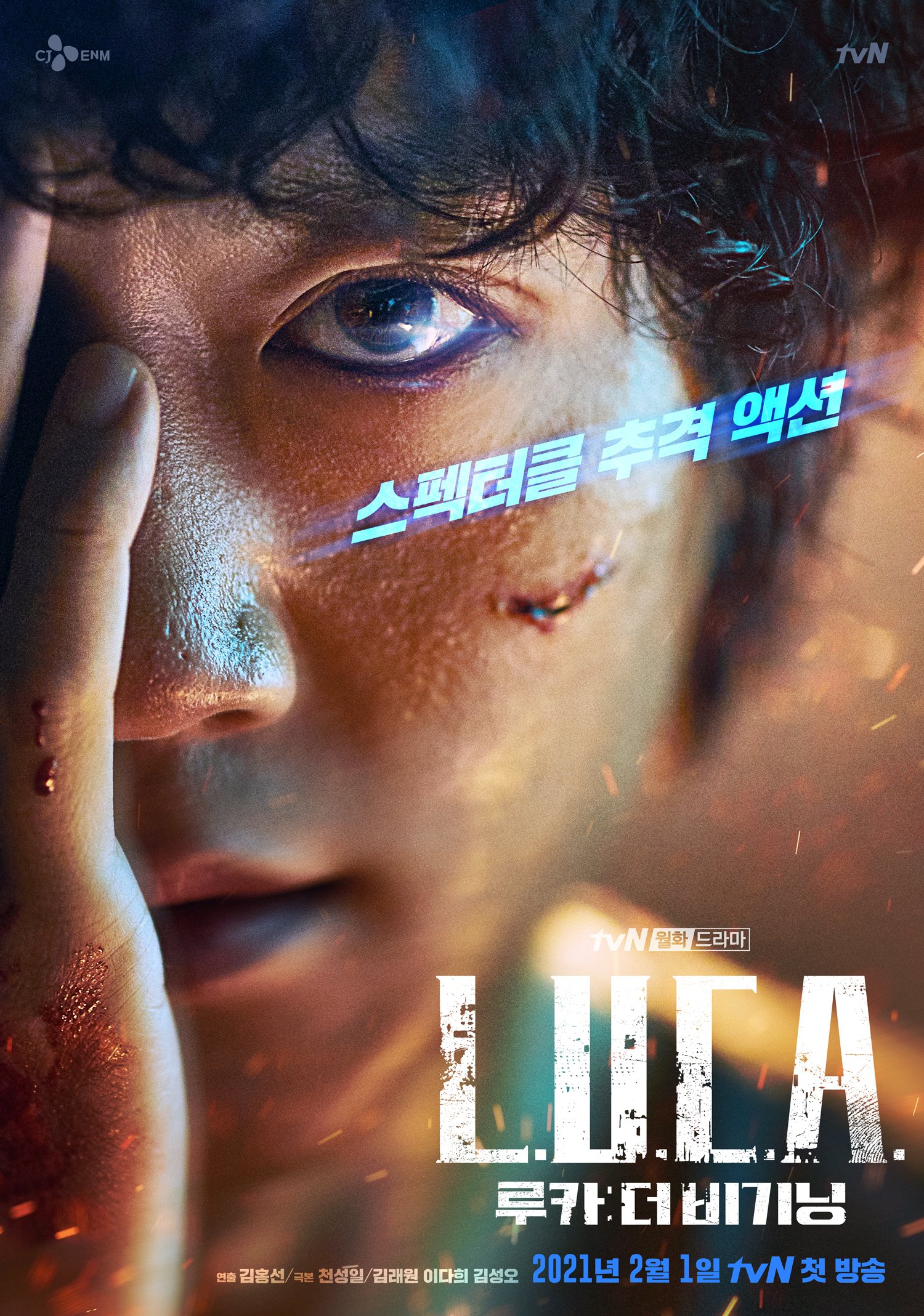 Another poster shows Ji Oh facing off with unidentified figures, giving a hint at the action scenes in the drama. The poster says, “The beginning of action that goes beyond the limits.” The two posters leave drama fans wondering just what skills Ji Oh possesses and what his secret might be. 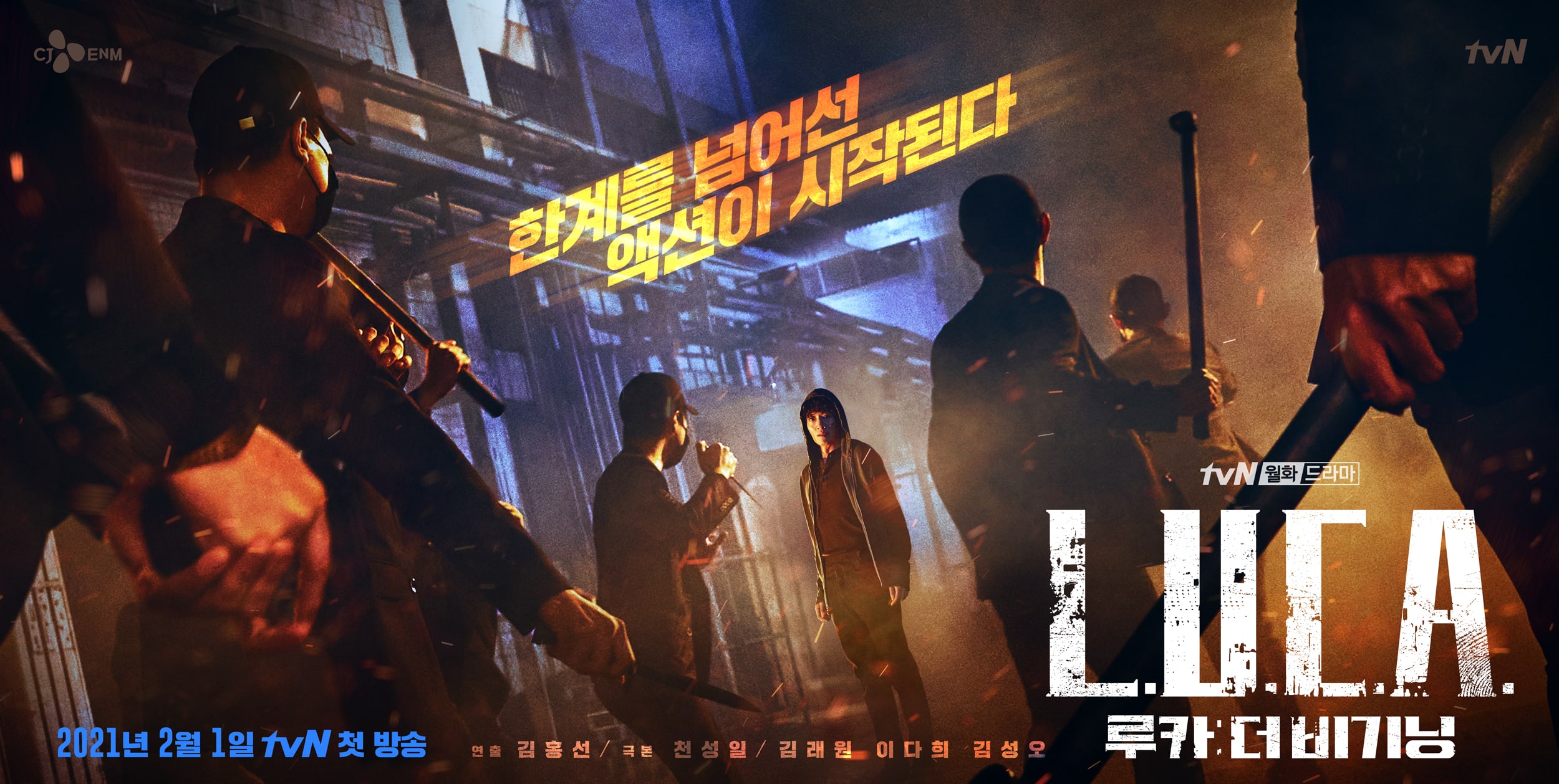 “L.U.C.A.” is directed by Kim Hong Sun, the creative mind behind the first season of “Voice” and “The Guest,” and written by Chun Sung Il, who has penned films such as “The Pirates” and “My Girlfriend Is an Agent.” The cast also includes Kim Sung Oh, Kim Sang Ho, Park Hyuk Kwon, Ahn Nae Sang, Jin Kyung, and more.

The drama’s production team stated, “We’re opening the door to a new world of genre works as we present an inventive universe that hasn’t been portrayed before. It will be a new point of takeoff for tvN’s genre works.”

“Please look forward to the pursuit action that goes beyond the limits, created through a collaboration between the irreplaceable actor Kim Rae Won and the masters of genre works,” they stated.