Epik High is back with the first part of their full album “Epik High Is Here”!

The album contains double title tracks “Rosario” featuring CL and Zico as well as “Based on a True Story” featuring Heize. Music videos were released for both title tracks.

Epik High has revealed the official teaser for their upcoming song “Rosario” featuring CL and Zico!

The full tracklist has been released for part one of Epik High’s upcoming album “Epik High Is Here”! 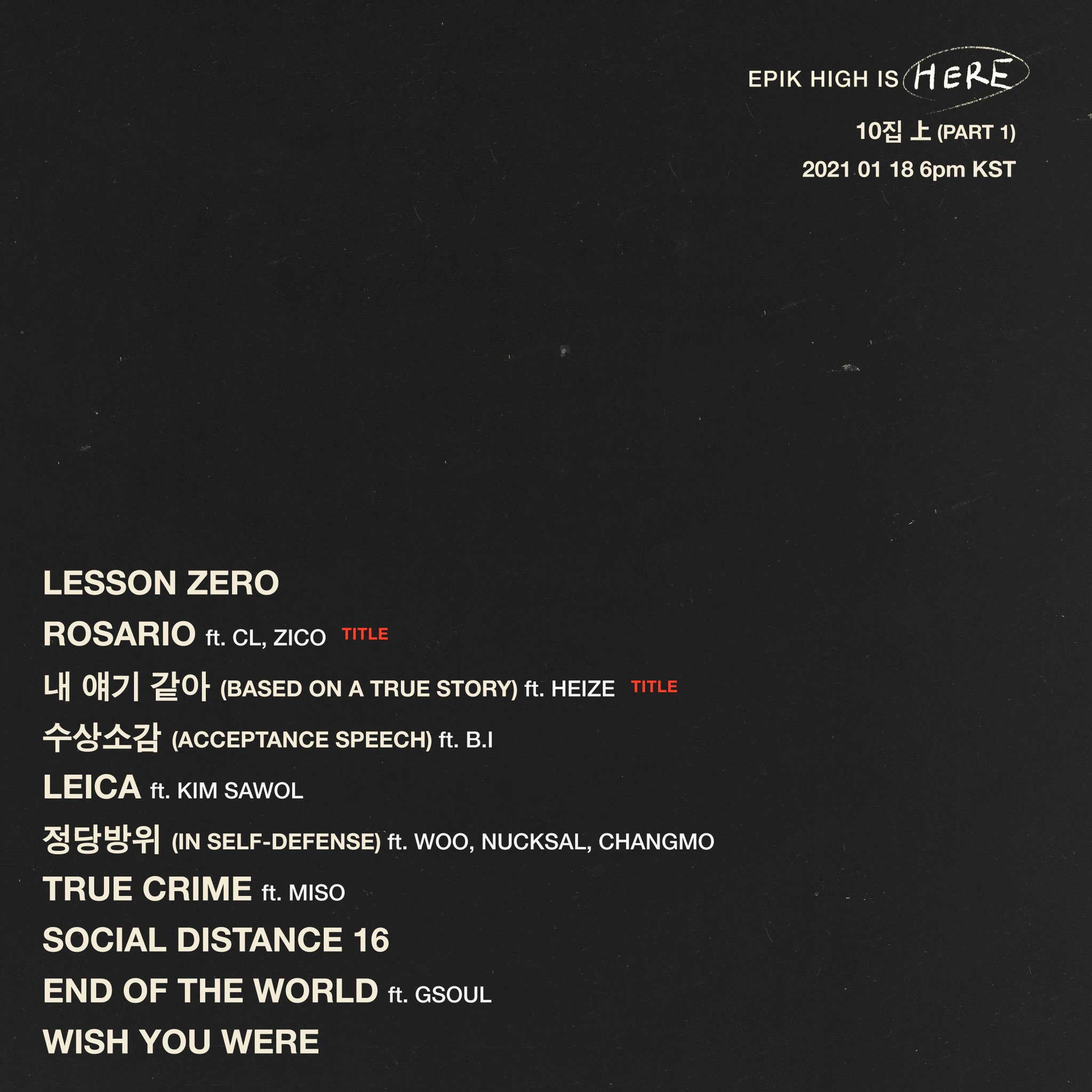 In addition to CL, Zico, Heize, Nucksal, Kim Sawol, and Changmo, who were previously revealed, four more artists were announced. They are G.Soul (formerly known as Golden), Woo Won Jae, Miso, and B.I. 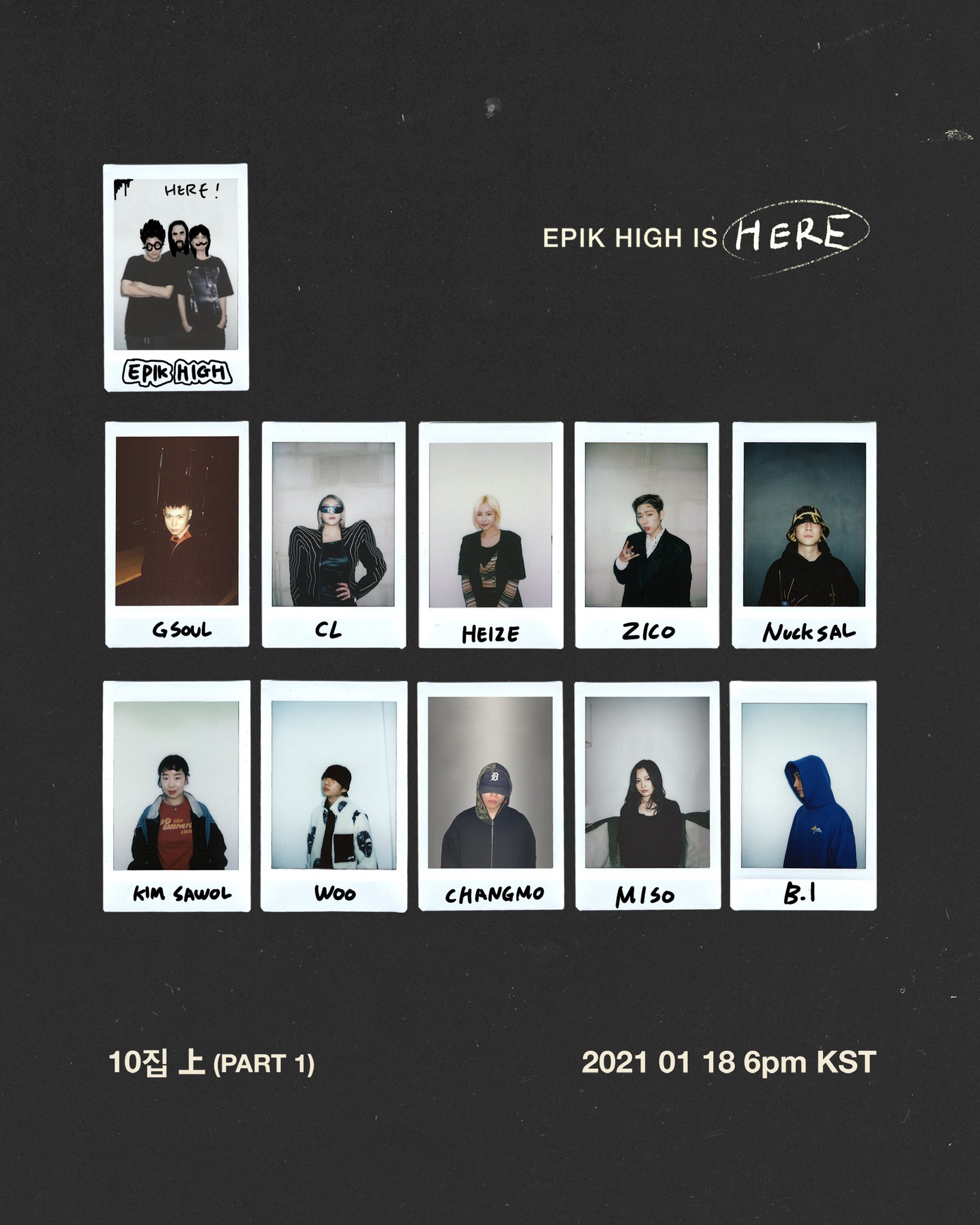 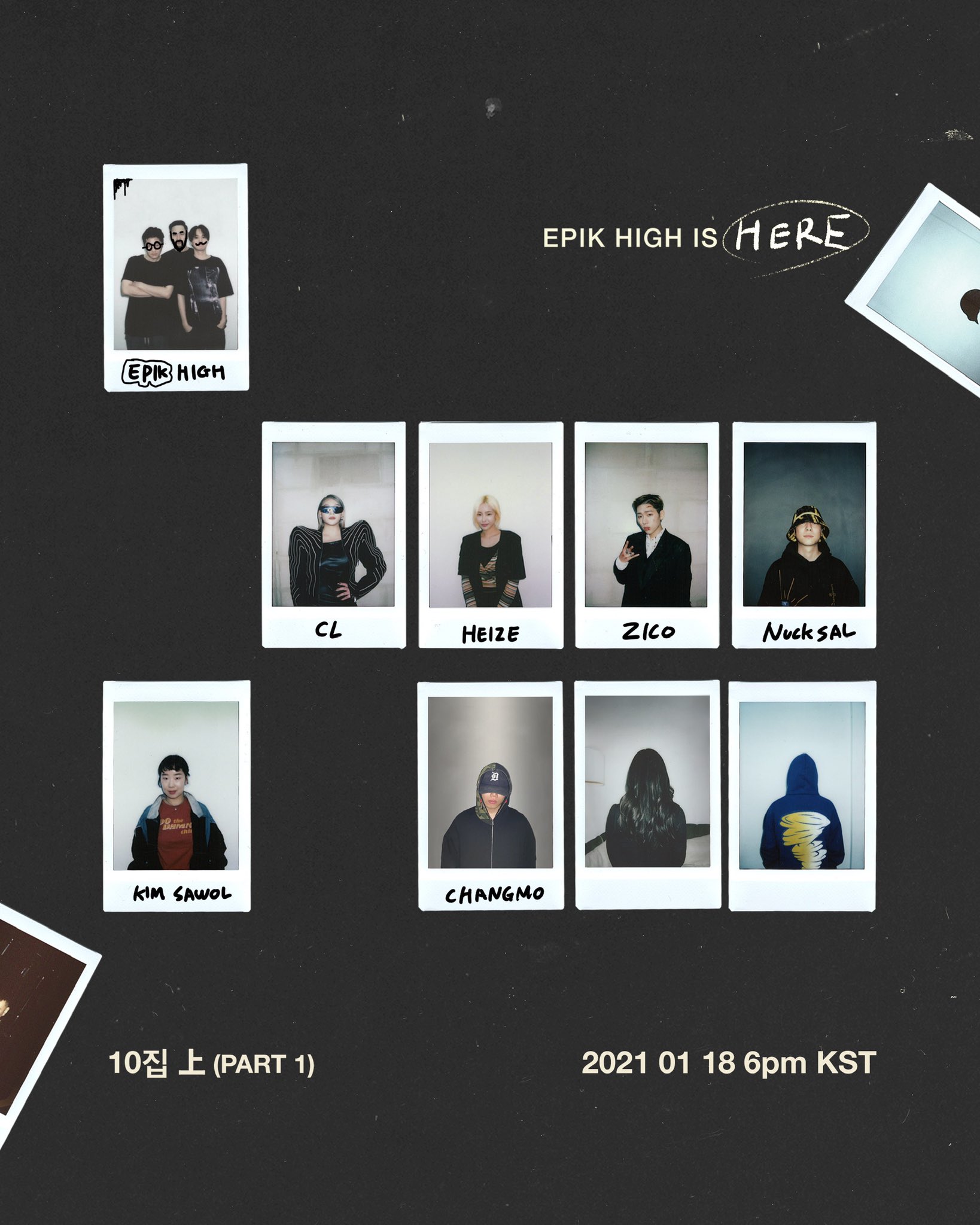 CL has been announced as the second featuring artist on Epik High’s “Rosario,” which also features Zico!

See the track list for the group’s part one of their album “Epik High Is Here” below: 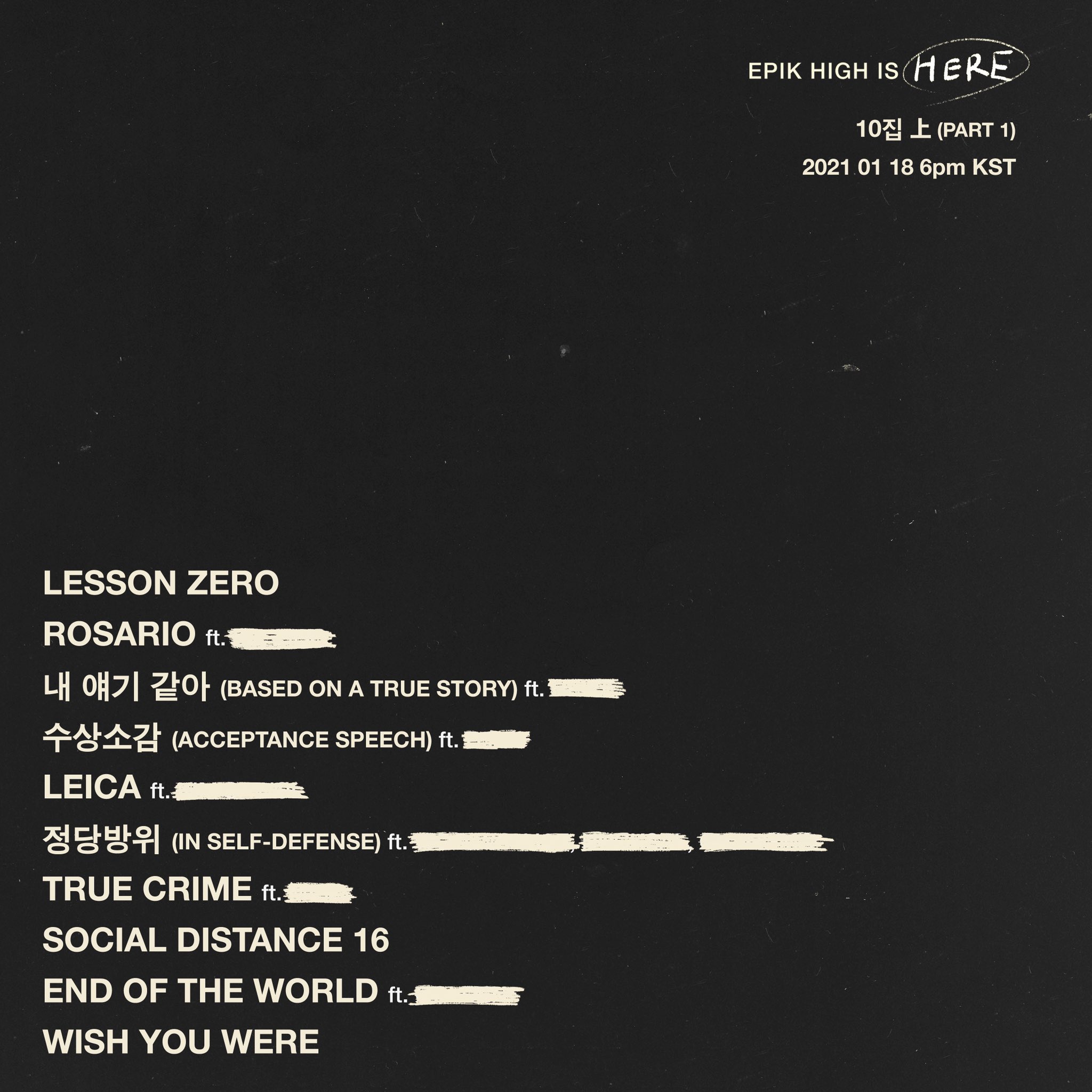 Epik High is making their much-anticipated return in January, and they’ve shared some news about their upcoming album!

On December 29, Tablo posted on Instagram to unveil a video for Epik High’s new release, which shows that their 10th full-length album is titled “Epik High Is Here.” The first part of the double album is coming out on January 18 at 6 p.m. KST, and it appears to include 10 tracks.