On December 28, Kim Seon Ho held a V LIVE broadcast in which he answered questions about his acting!

During the live broadcast, Kim Seon Ho revealed that he painted a picture in his head in order to memorize lines for dramas and plays. He shared, “You can memorize things more quickly if you draw a picture in your head instead of just memorizing the words. You have to understand it first and then think you’re saying that to someone. If you’re trying to explain something, you have to know it well. There’s no special method, and the secret is to work hard.”

The actor shared that he also recently learned about his nicknames that referred to him being careless. He explained, “When I do something, there are moments [I’m careless] when I can’t focus, but even when I do focus, I sometimes forget things because I feel rushed.” Kim Seon Ho added that he saw posts that read, “Live carelessly like Kim Seon Ho,” and “Live like Kim Seon Ho, who even leaves out a letter while signing.” 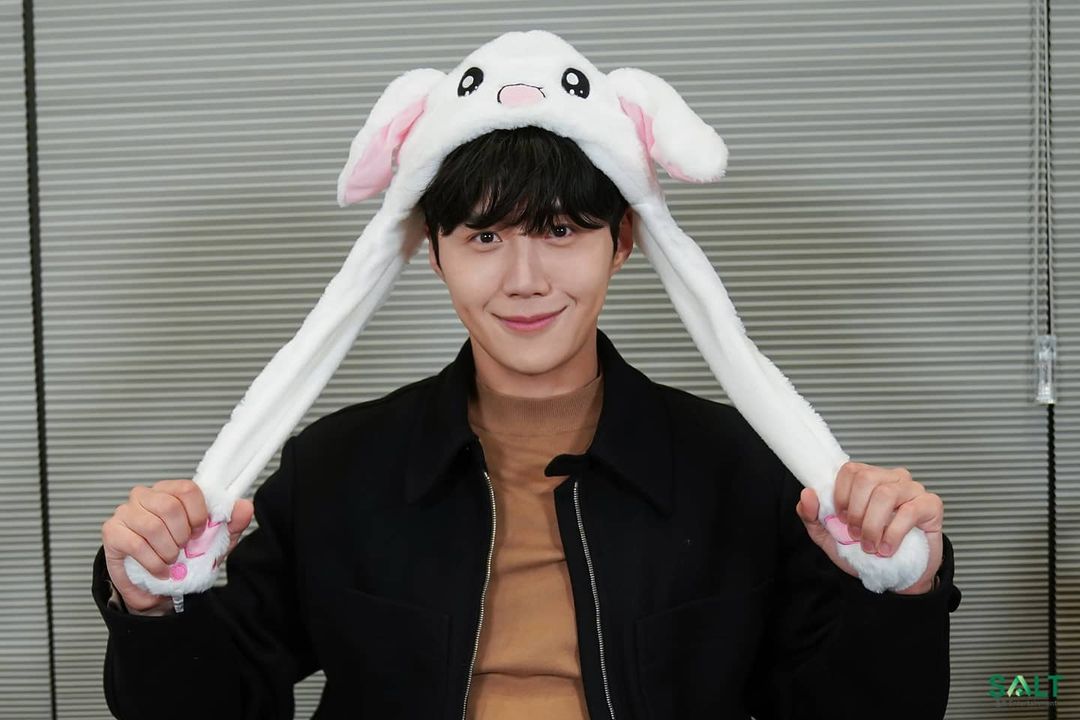 When one fan asked how he focuses for crying scenes, Kim Seon Ho revealed, “I can cry to some extent if you just tell me to let out tears, but it’s difficult to cry while acting.” He continued, “It’s not easy to cry while everyone, including dozens of staff, is watching me. I [try to think] that the scenario with the co-actor is real. For example, whether the staff is watching from afar or from close by, I make myself believe that the world and this situation is real, and even though someone is watching me, the two of us have met in the world of ‘Start-Up.'”

Kim Seon Ho continued to elaborate that he tries to believe the what’s in front of his eyes is real. He shared, “[I focus on] the purpose of the scene and what it is that I’m trying to say in that scene, rather than the emotion. For example, if I wanted to say, ‘I’m a bad guy,’ regarding my resentment and emotions about Grandma, I thought it was a roundabout way of saying, ‘Grandma, I’m sorry.'”

Finally, the actor also talked about enjoying being on social media, sharing, “It’s fun seeing fans’ posts. I feel a competitive drive to have to quickly press ‘like’ because I don’t want to disappoint [fans]. It wasn’t like that in the beginning, but I feel kind of pressured. I think, ‘I have to press like on this!'”

Kim Seon Ho
How does this article make you feel?