KBS 2TV’s “Cheat on Me If You Can” released new stills of Go Joon and Jo Yeo Jeong!

The drama is a comedic mystery thriller about adults who get up to all sorts of bad behavior. Jo Yeo Jeong stars as Kang Yeo Joo, a murder mystery novelist who spends all day thinking up different way to kill people. Go Joon co-stars as her husband Han Woo Sung, a divorce lawyer who signed a contract with his wife that says, “If you cheat, you die.”

Kang Yeo Joo discovered a message card and a box for a fountain pen and suspected Han Woo Sung was having an affair. However, she didn’t have any clear evidence to prove that. She straightforwardly asked him about the box, but he answered with such a perfect poker face that she couldn’t interrogate him anymore.

The new stills show Kang Yeo Joo rummaging through her husband’s bag that he takes to work every day. She even uses a magnifying glass to search thoroughly for any clues. She is determined to find proof of his affair, and she won’t stop until she discovers something. On the other hand, Han Woo Sung is walking on eggshells around his wife. He glances worriedly at her, but she carries on as if nothing has happened. 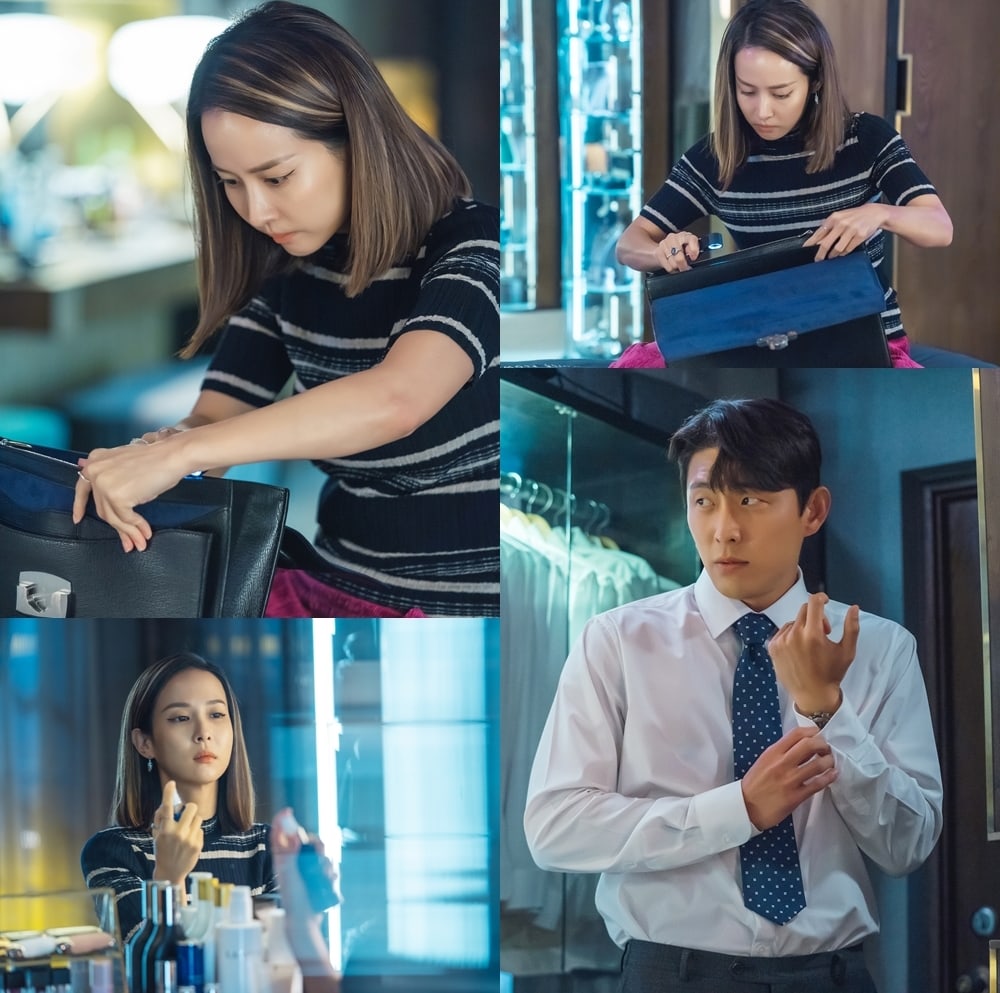 The drama’s production team shared, “Kang Yeo Joo, who suspects her husband Han Woo Sung is having an extramarital affair, will begin to look for physical evidence. There will be a thrilling game of hide-and-seek between the two. Please look forward to seeing if she can find decisive evidence of his affair in his bag.”