KBS 2TV’s Wednesday-Thursday drama “Cheat on Me If You Can” released new stills of Jo Yeo Jeong and Go Joon!

In the newly released stills, Kang Yeo Joo carefully examines a mysterious strand of hair. Using forceps to hold up the hair strand, she closely scrutinizes the potential piece of evidence with her sharp gaze. 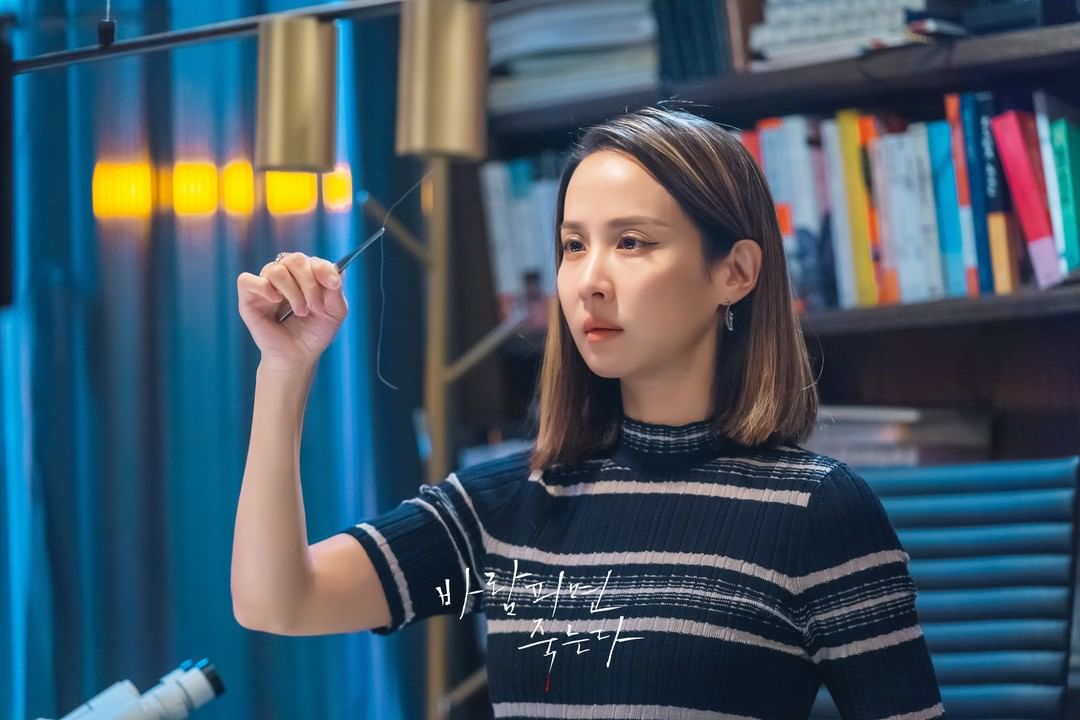 Kang Yeo Joo even whips out a microscope to further investigate the hair strand. Focusing intensely, she utilizes a professional-looking microscope used in forensic investigations to get to the bottom of the mystery. 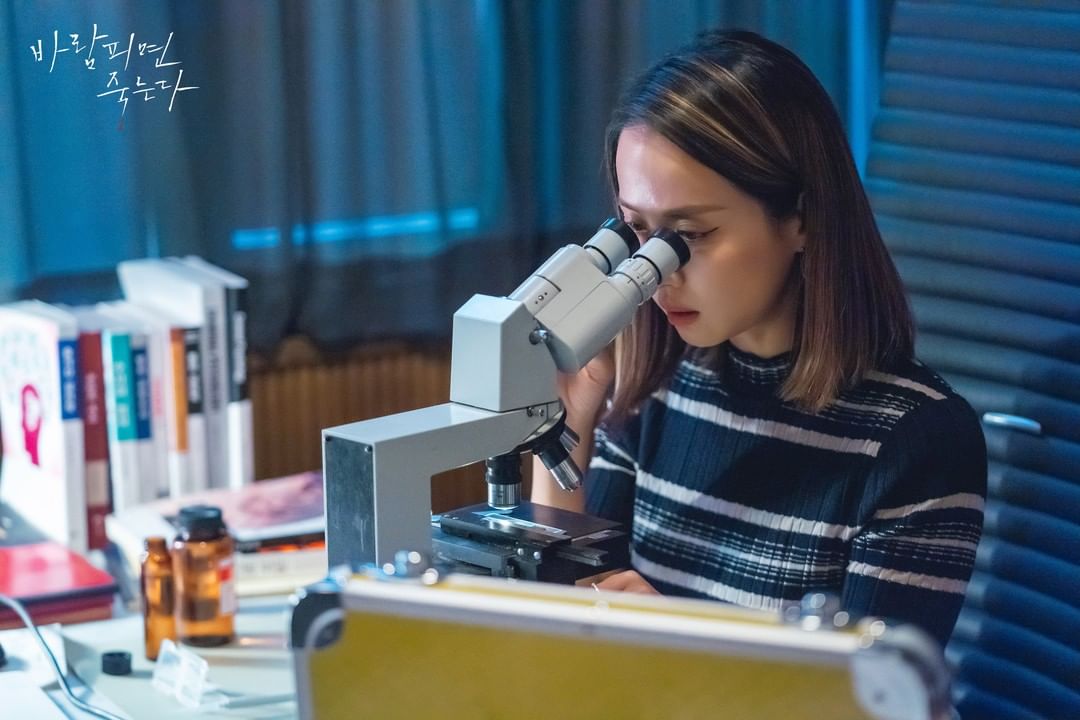 After examining the hair strand, Kang Yeo Joo leans back on her chair while staring off into space. Viewers are curious to learn what evidence she will observe from the unidentified hair strand. 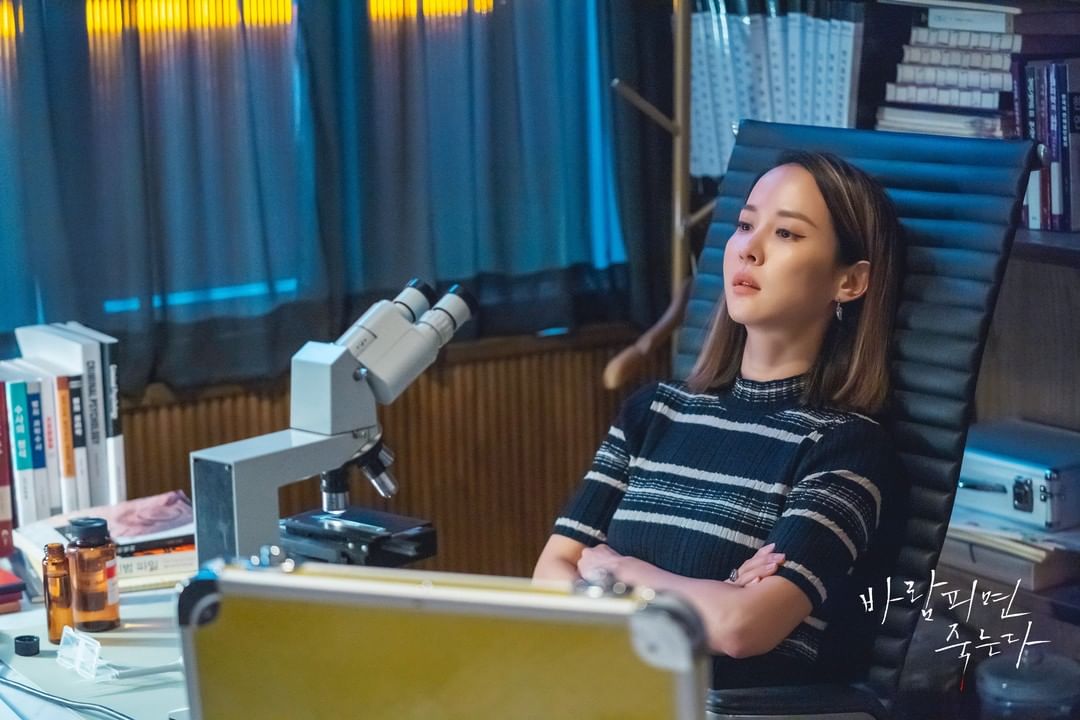 Another still reveals Han Woo Sung entering Kang Yeo Joo’s study. As if he has read the dangerous atmosphere, Han Woo Sung looks nervous. Although he struggles to erase any evidence of his affair, Kang Yeo Joo appears to have finally caught hold of some evidence, raising anticipation for what will happen to their relationship in the future. 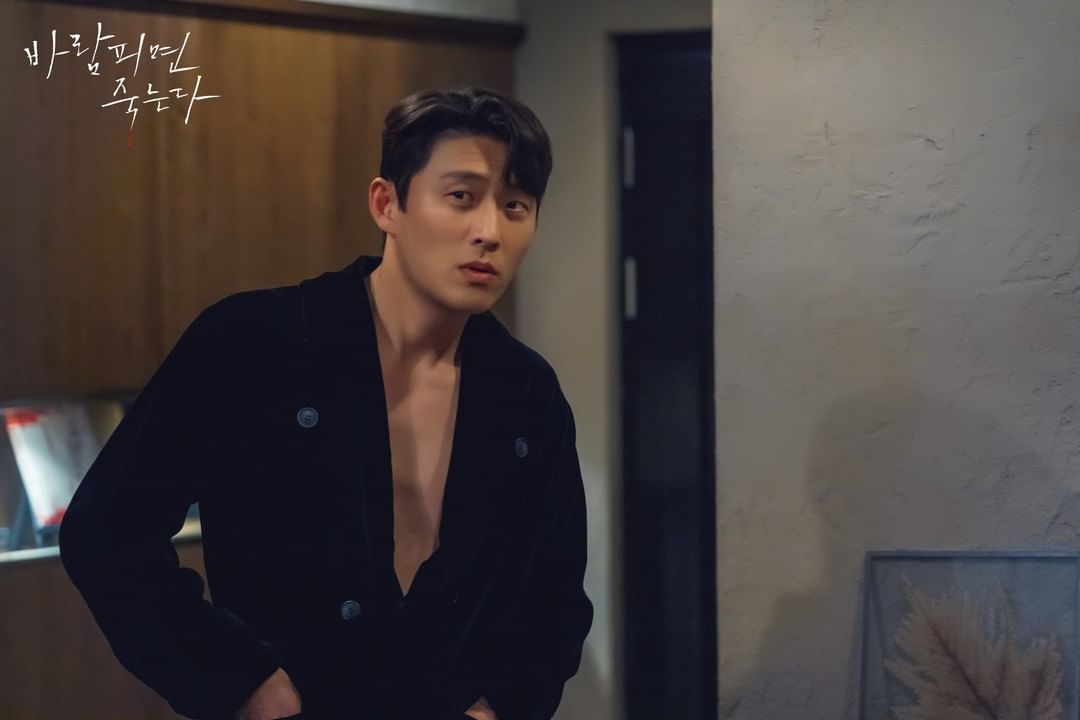 The production team shared, “Yeo Joo will display her meticulous personality as she tries to capture evidence of Woo Sung’s affair. Please show lots of interest and anticipation for the broadcast to find out whose hair strand Yeo Joo has discovered and how Woo Sung’s fate will turn out.”