(G)I-DLE Reflects On Their Growth, Shares Excitement For Upcoming Album, And More

The members of (G)I-DLE sat down with W Korea to look back on 2020 and discuss their upcoming album!

Soyeon looked back on her experience on survival shows, having appeared on “Produce 101,” “Unpretty Rapstar,” and “Queendom.” She commented, “When I was a trainee and appearing on Mnet’s ‘Produce 101,’ I realized that there are so many gems in this world. Out of the 101 trainees I met, not one was a bad person. Since each person had their own individuality, it was inevitable that we were all special.”

The group’s leader also spoke about her love for her members, sharing, “My members are so reliable and precious to the point where I think that they are the only friends I’ll ever need.” Soyeon added, “We thought of a theme that combined all six of us into one for our album coming out in January. I’m confident that it’s music that takes a step further than what’s trending right now.” 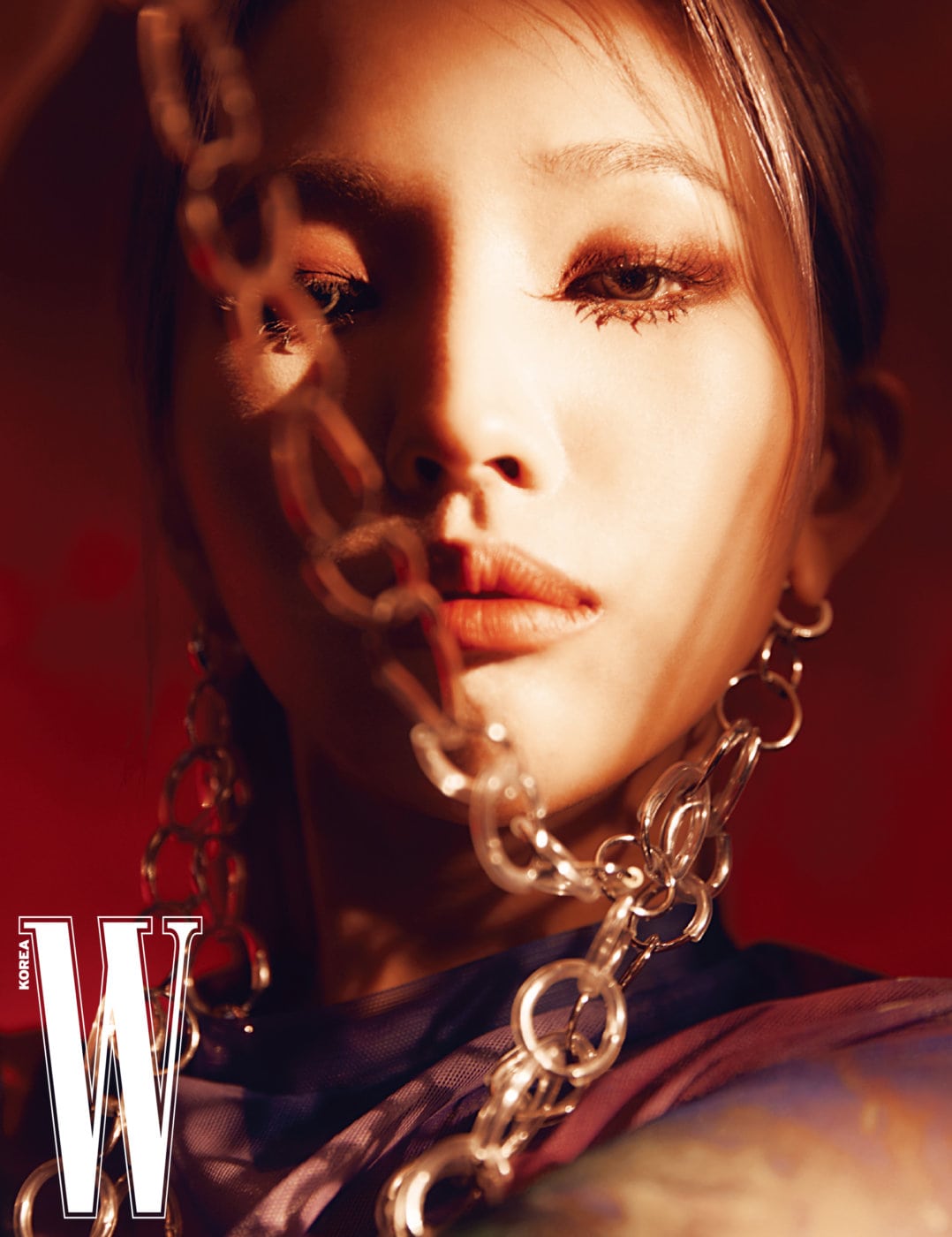 Yuqi, who is well known for her charming, husky voice, revealed that it used to be an insecurity for her. She explained, “When I was younger, I had a high fever and was calling out for my mom so much that I strained my voice. After that, my voice became deep and husky. I look like a baby on the outside but my friends used to tease me that my voice sounded like a man’s.”

She continued, “Even after I passed my audition, I doubted whether I’d be able to stand on stage as a singer because of my voice. After I properly received vocal training and was told that my voice was charming, I couldn’t help but feel surprised. I’m gradually gaining confidence and now I think of my voice as my greatest strength.” 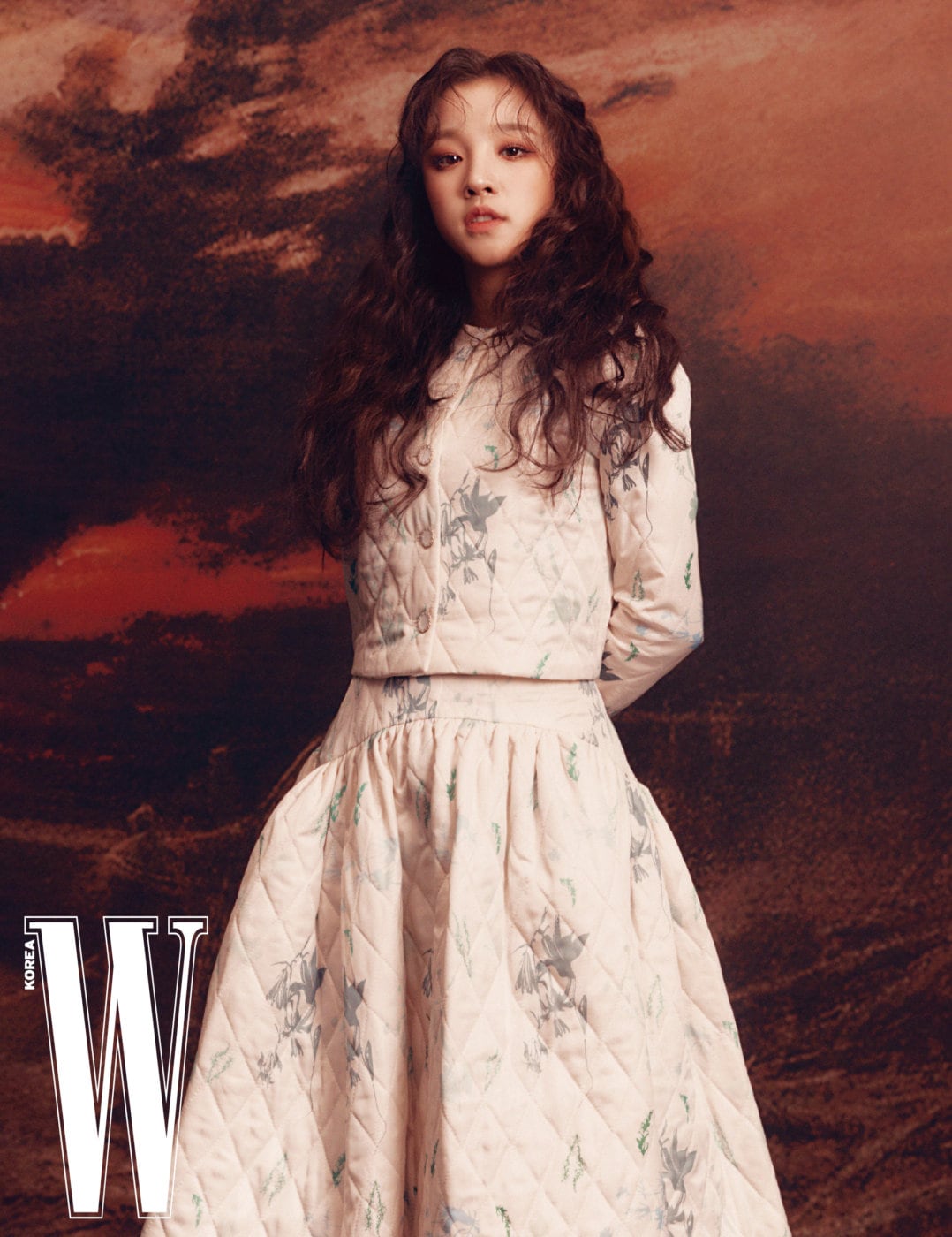 Regarding her popularity among women, Soojin commented with a laugh, “I too had no idea that I would be so popular with women like this. People tell me that they find my slow and sensual dancing to be sexy. But my thoughts are busy just thinking about the next movement. When I’m dancing, I do try to focus on my lines.”

Soojin added, “I believe there is a certain vibe to every performance. I particularly like the vibes of Uhm Jung Hwa and Gain’s performances. When I watched these two senior artists’ performances, I would dream about the day I’d be able to show off my own sexiness. Something that is not too dark, but makes the viewer slightly smile.” 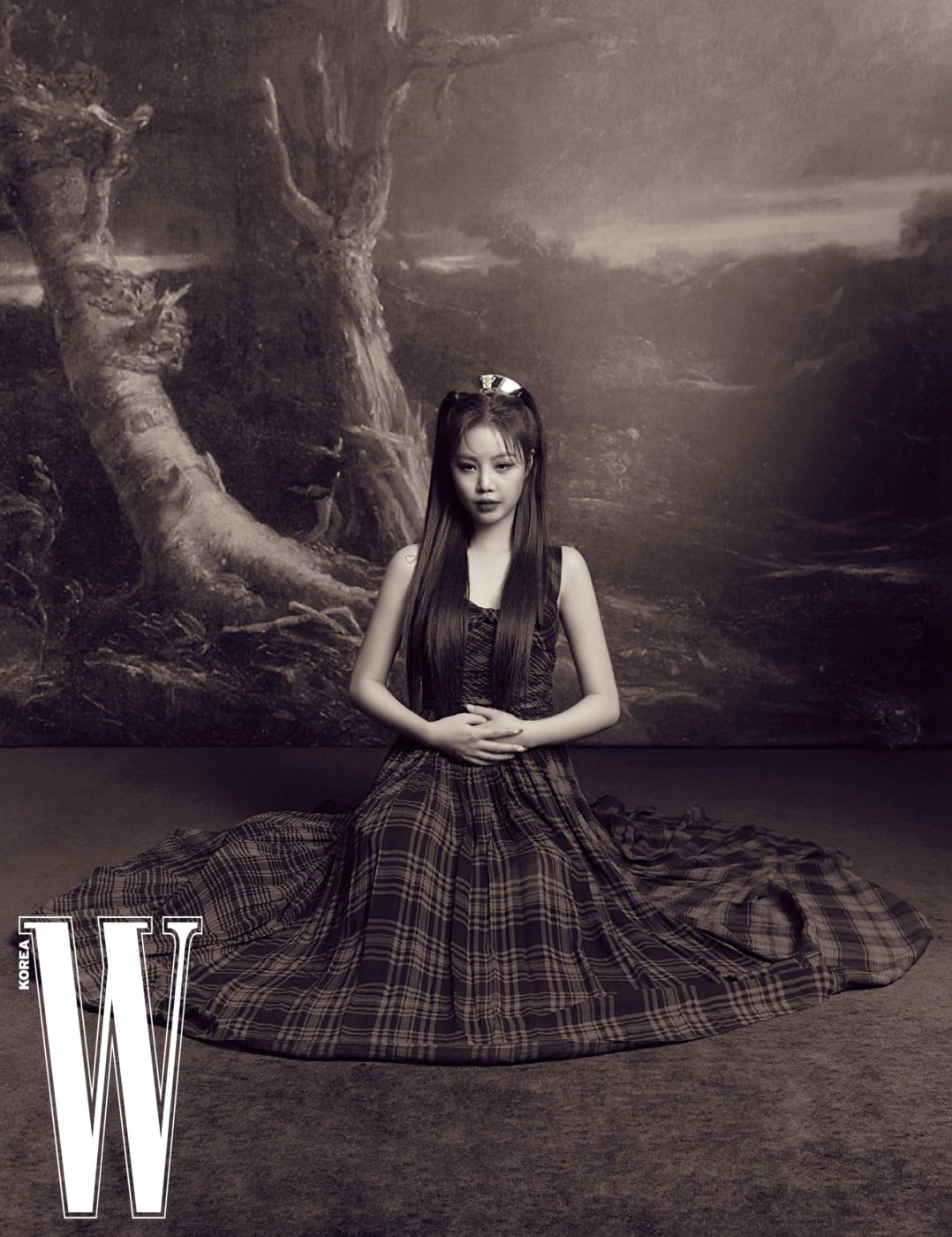 Miyeon spoke about her acting debut in the web drama “Replay,” sharing, “I got the chance to look back on myself by portraying an extremely honest and straightforward character. I’m subconsciously always thinking about how I appear to others and I think I’ve always hidden myself. After being a trainee for so long, I also blame my habit of tricking myself into believing I’m fine, no matter how much I’m struggling. Acting feels like the recipe for me to be able to come out from hiding.”

With regards to (G)I-DLE’s new album, Miyeon commented, “During the final stages of preparation for our new album, someone commented, ‘Isn’t it a bit weak?’ but we are so confident. It’s a song we prepared because we liked it and we have to like it in order to do well.” 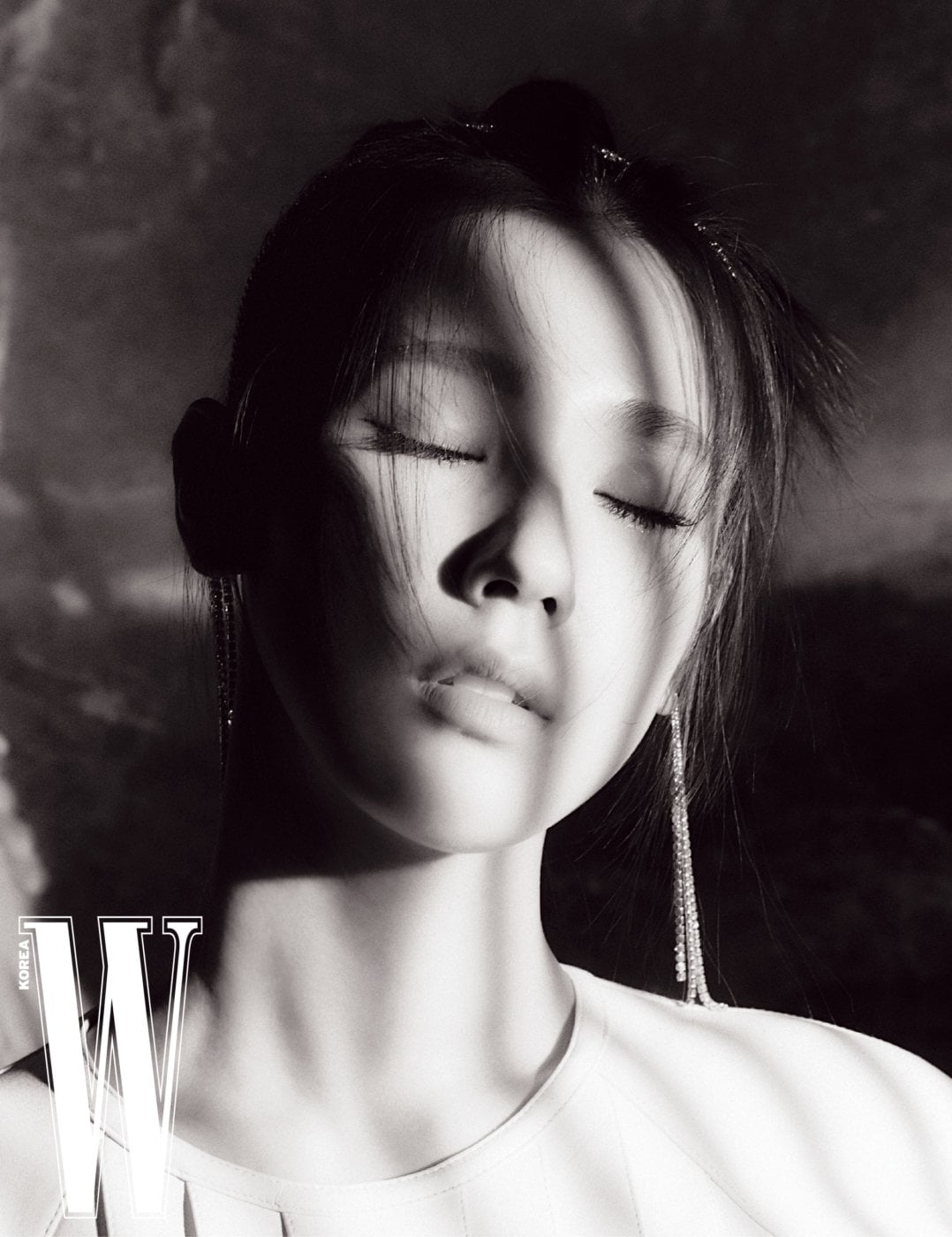 Shuhua discussed how she embraces being in her own skin, explaining, “There are many people who regularly ask me why I don’t wear makeup, dye my hair, or do nail art. However, I don’t know if I’m lacking right now, but I like my natural self and think it is precious. I always wanted to tell people that we should move away from a fixed standard of beauty to show that everyone seeks different things. As a result, it’d be better if we could live while respecting the preferences of others.” 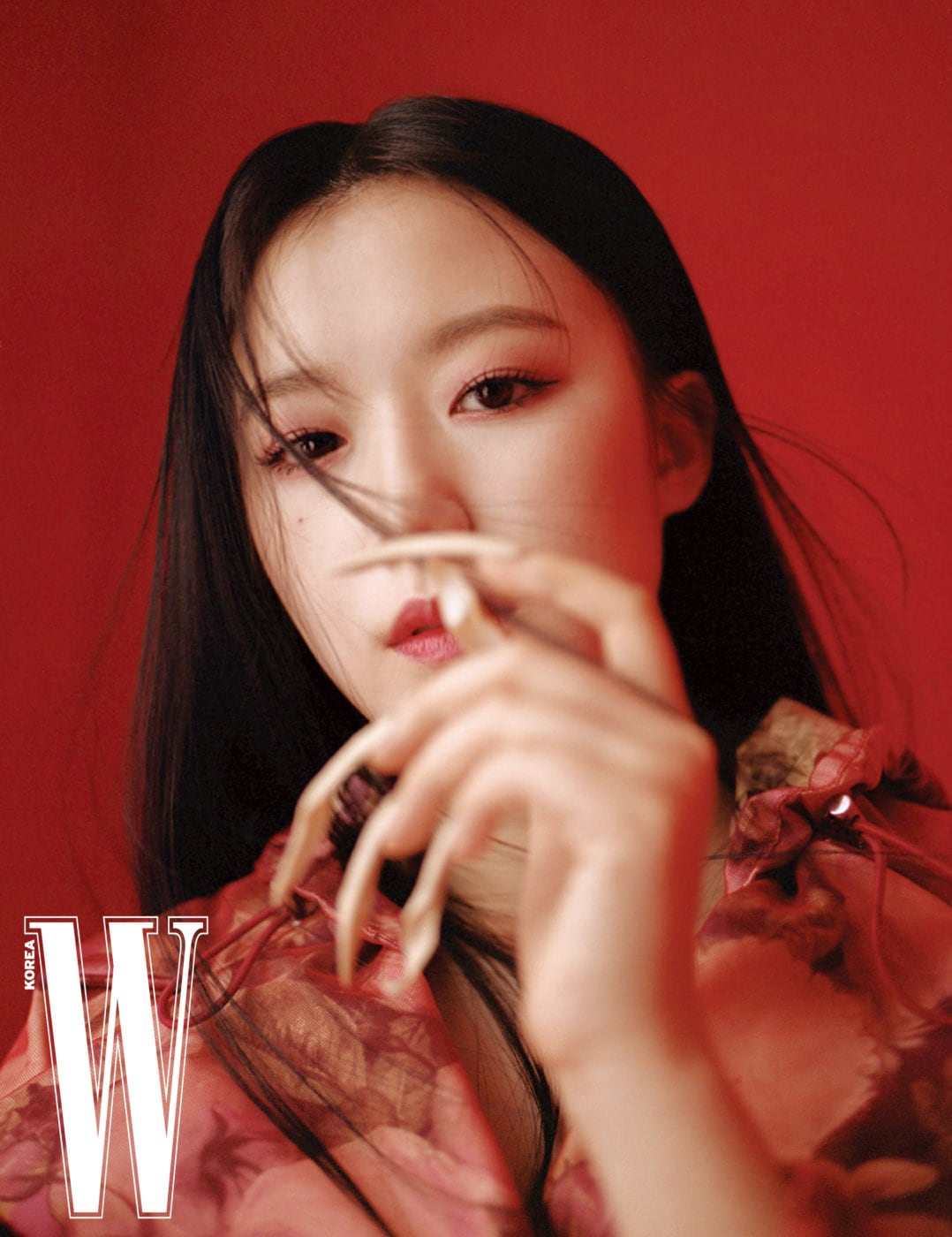 Minnie talked about her own acting debut in the sitcom “I Wish the World Would End Tomorrow” (literal title) where she played a Thai foreign exchange student. She revealed, “When I was in middle school, I was an E.L.F, obsessed with Super Junior. As I was there when Super Junior held a concert in Thailand, I really understand how foreign fans feel.” She added, “Since I’ve felt the happiness of meeting an artist I like, I now want to give others that same feeling.”

Minnie also described (G)I-DLE’s journey as consistent challenges. She explained, “There hasn’t been a single time where we haven’t sought out another level. Our upcoming song will also be widely released. We have to go all the way to Billboard. They say to always dream big.” 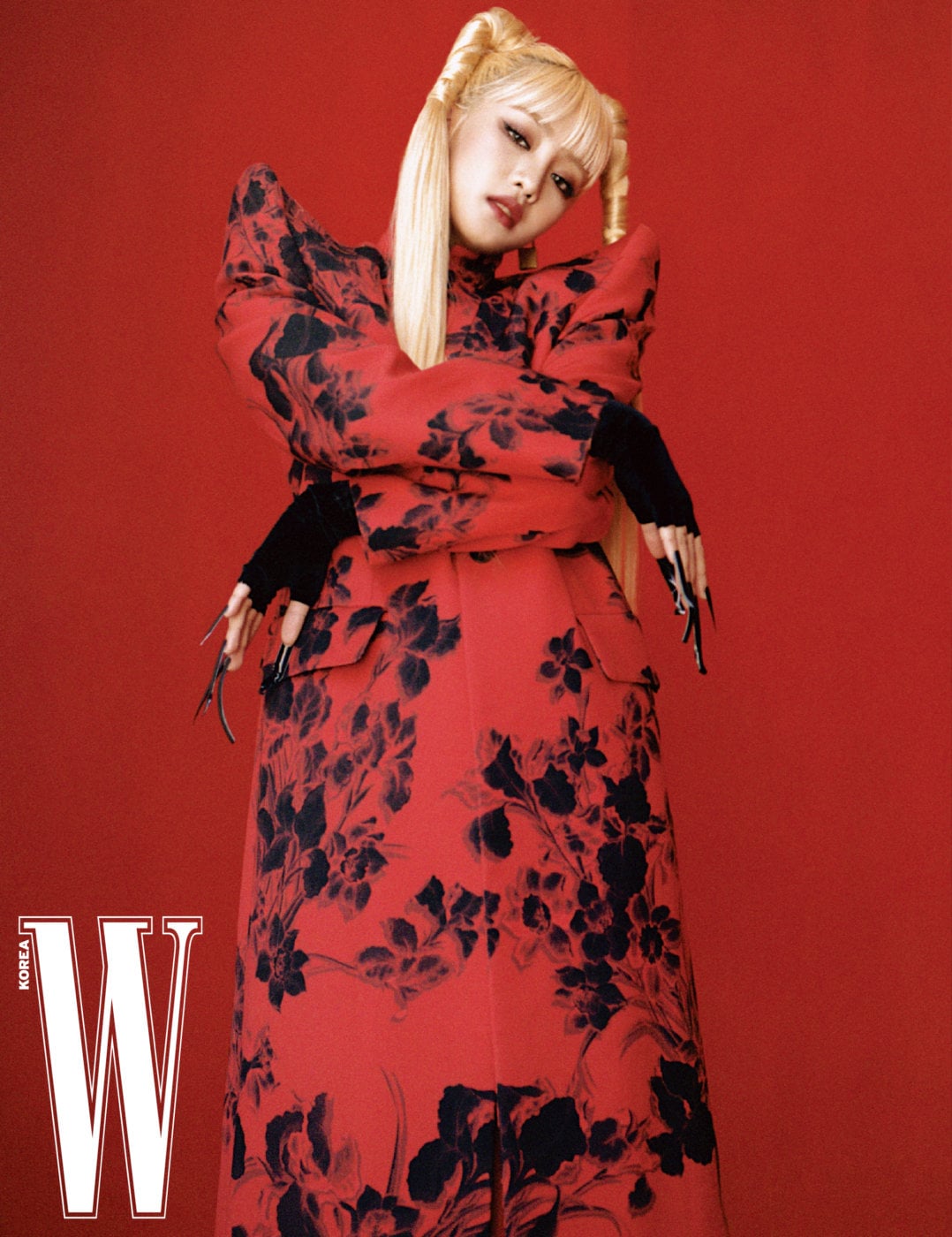 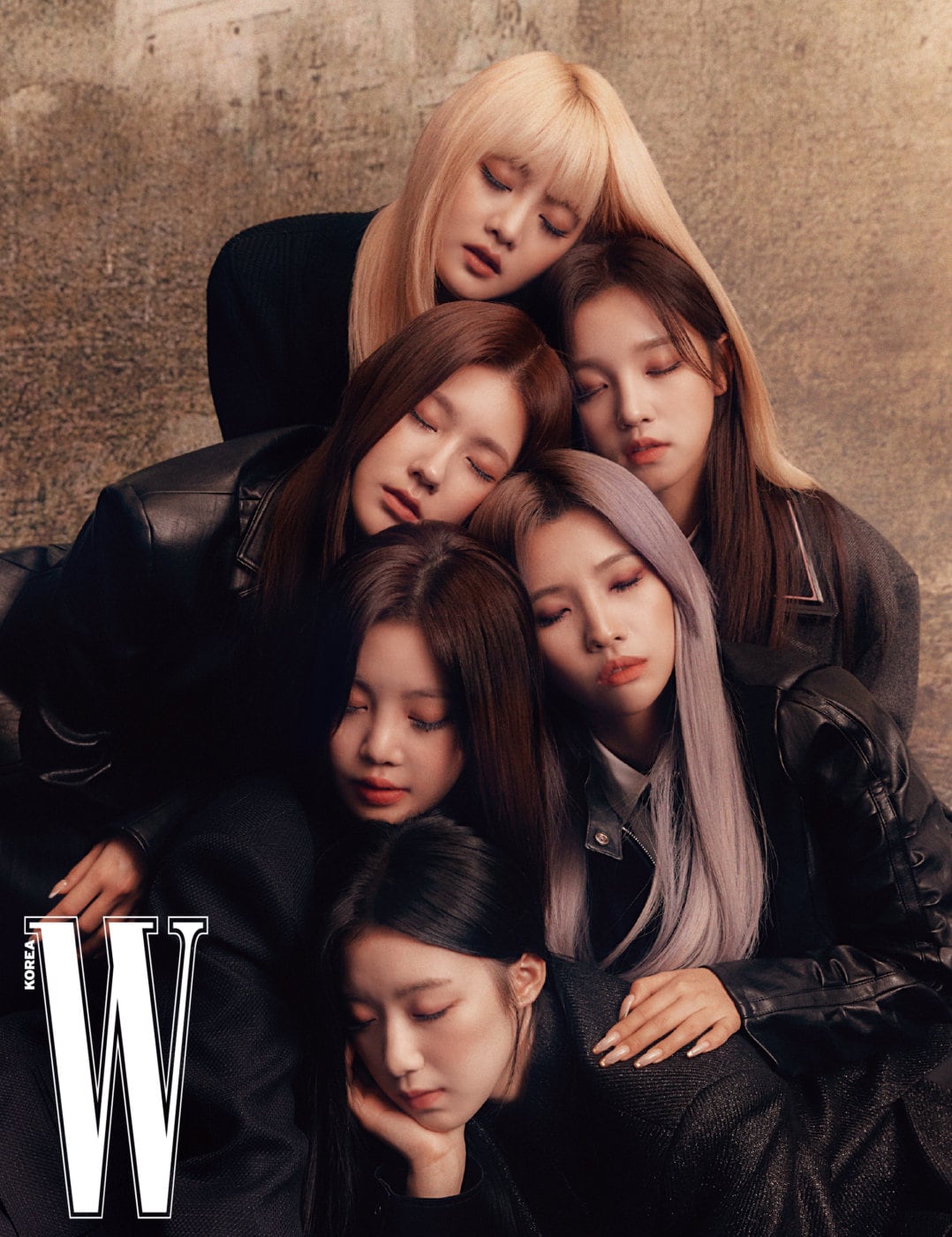 (G)I-DLE will be making their return with their fourth mini album “I burn” on January 11 at 6 p.m. KST.

(G)I-DLE
W Korea
How does this article make you feel?