Watch: EXID’s Hani and Sunmi React To Watching Old Videos Of Themselves + Talk About Approaching Their 30s

On the December 30 episode of Mnet’s “Running Girls,” the cast members looked back on their careers while watching old videos of themselves. 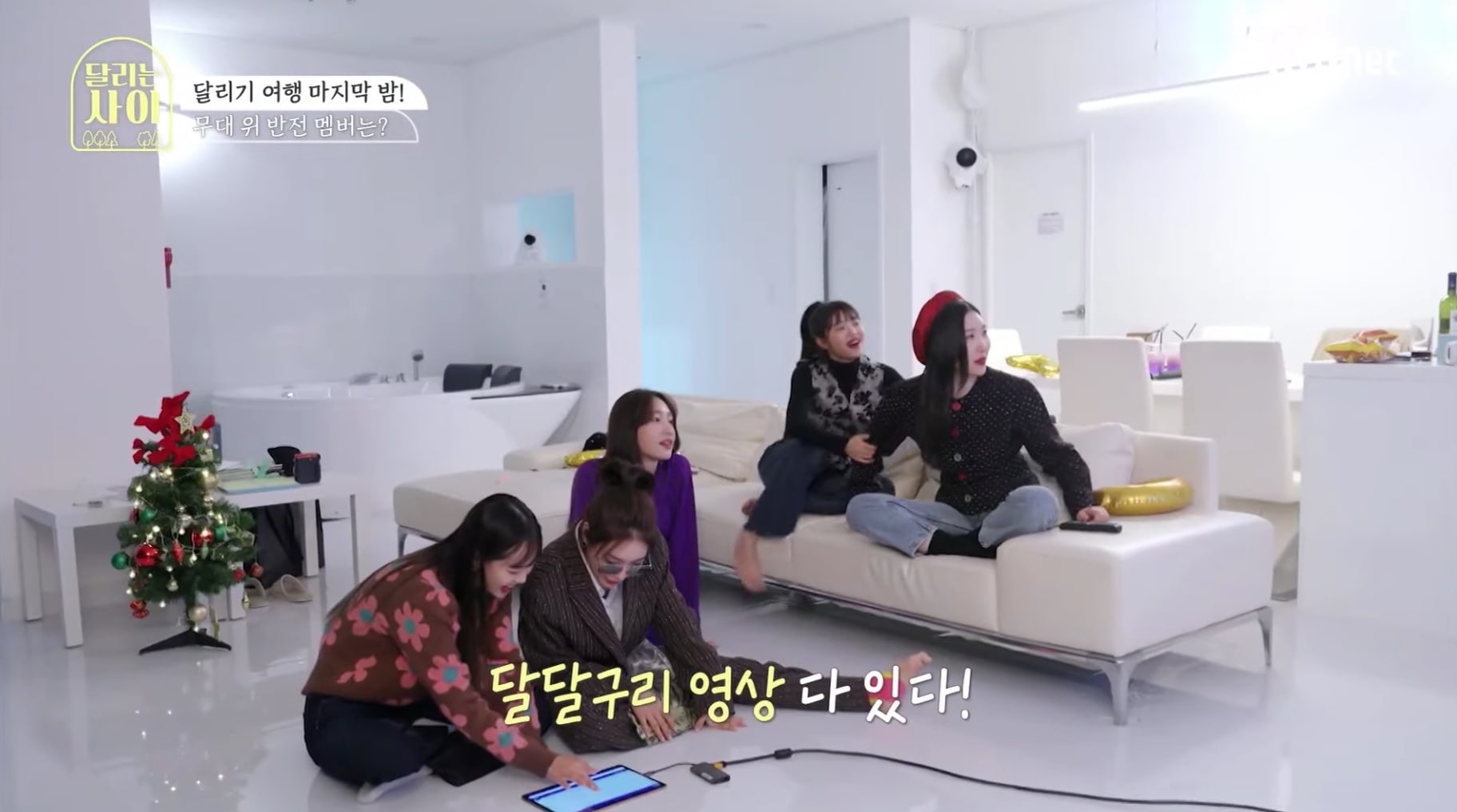 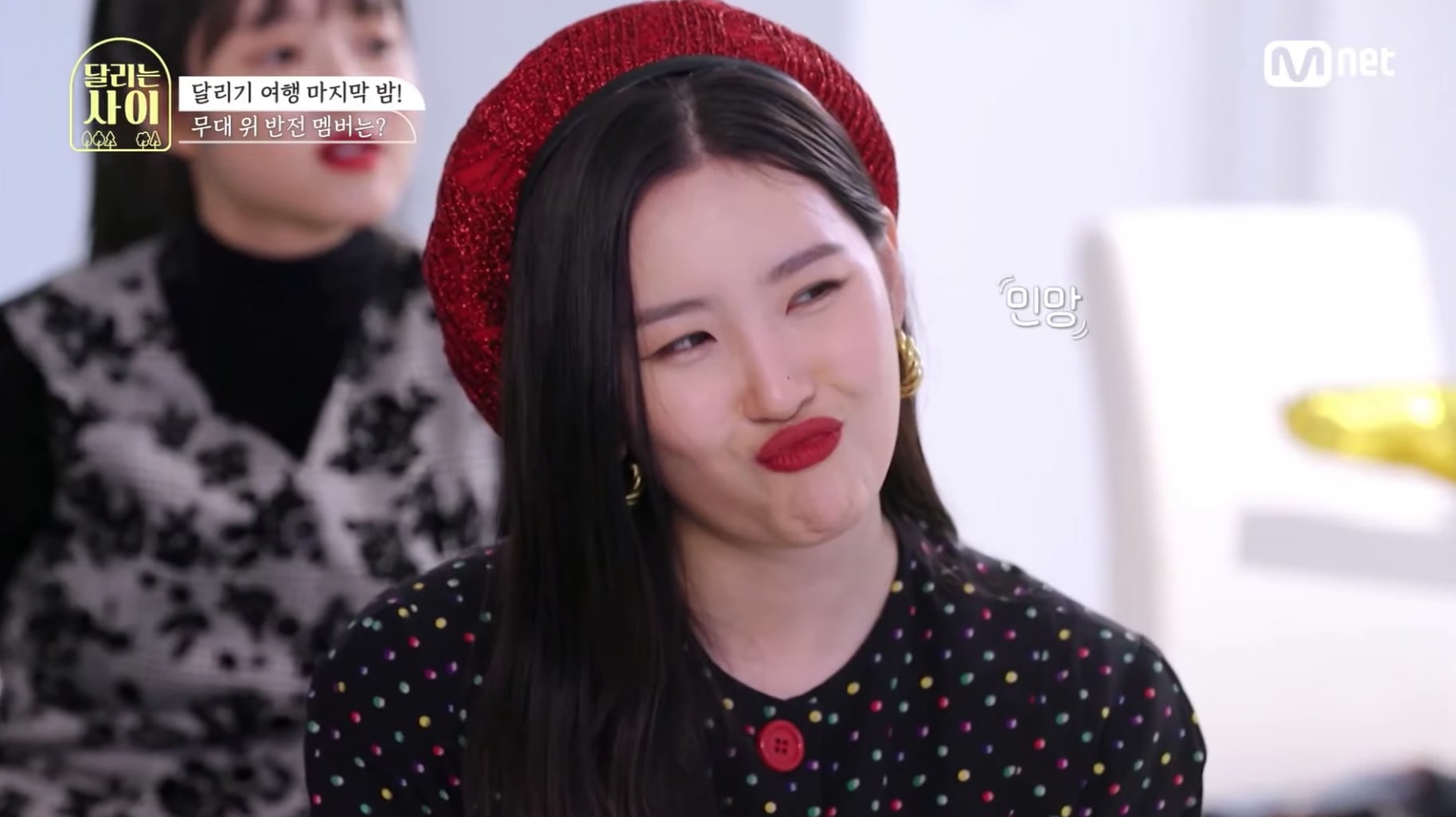 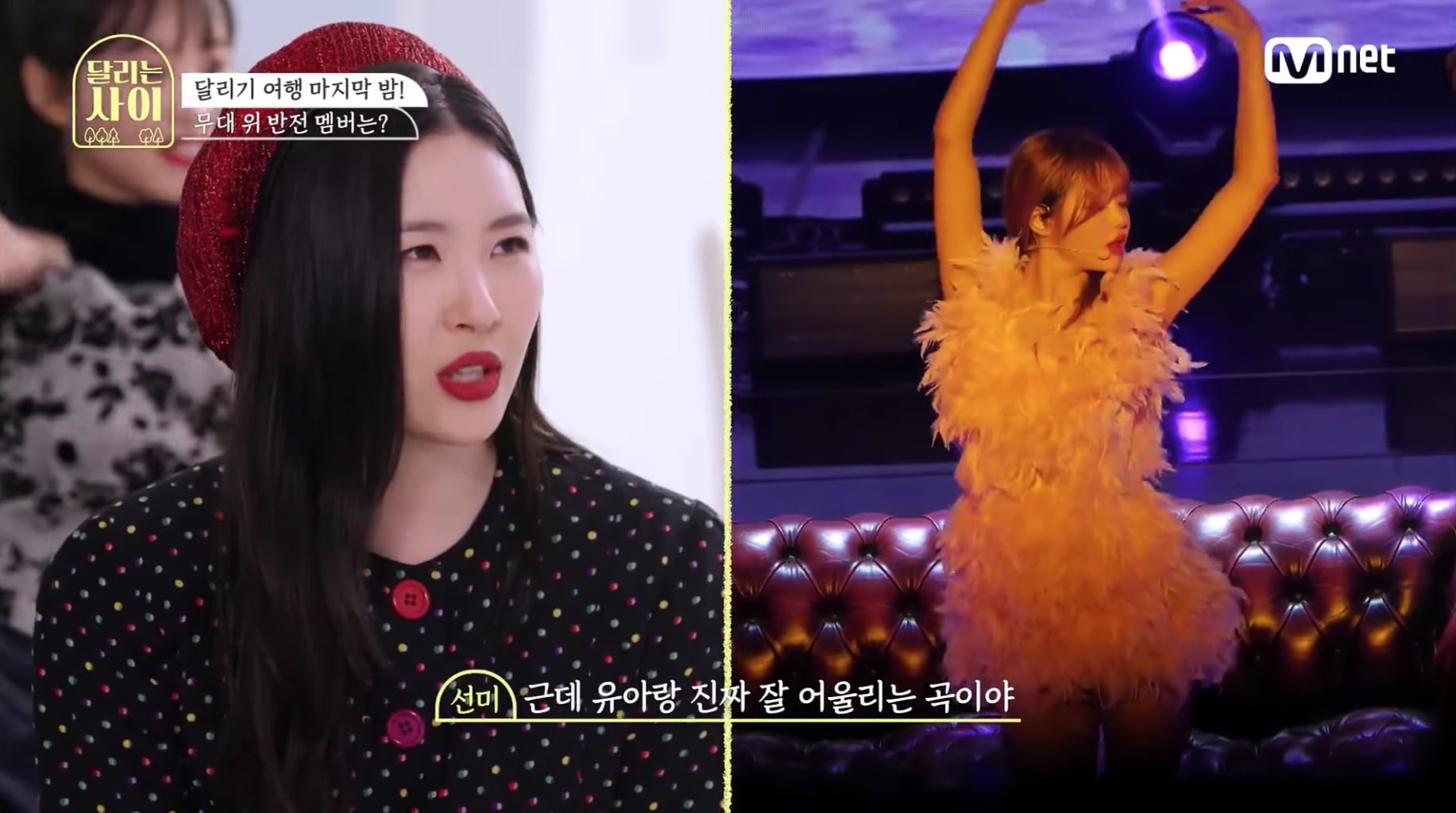 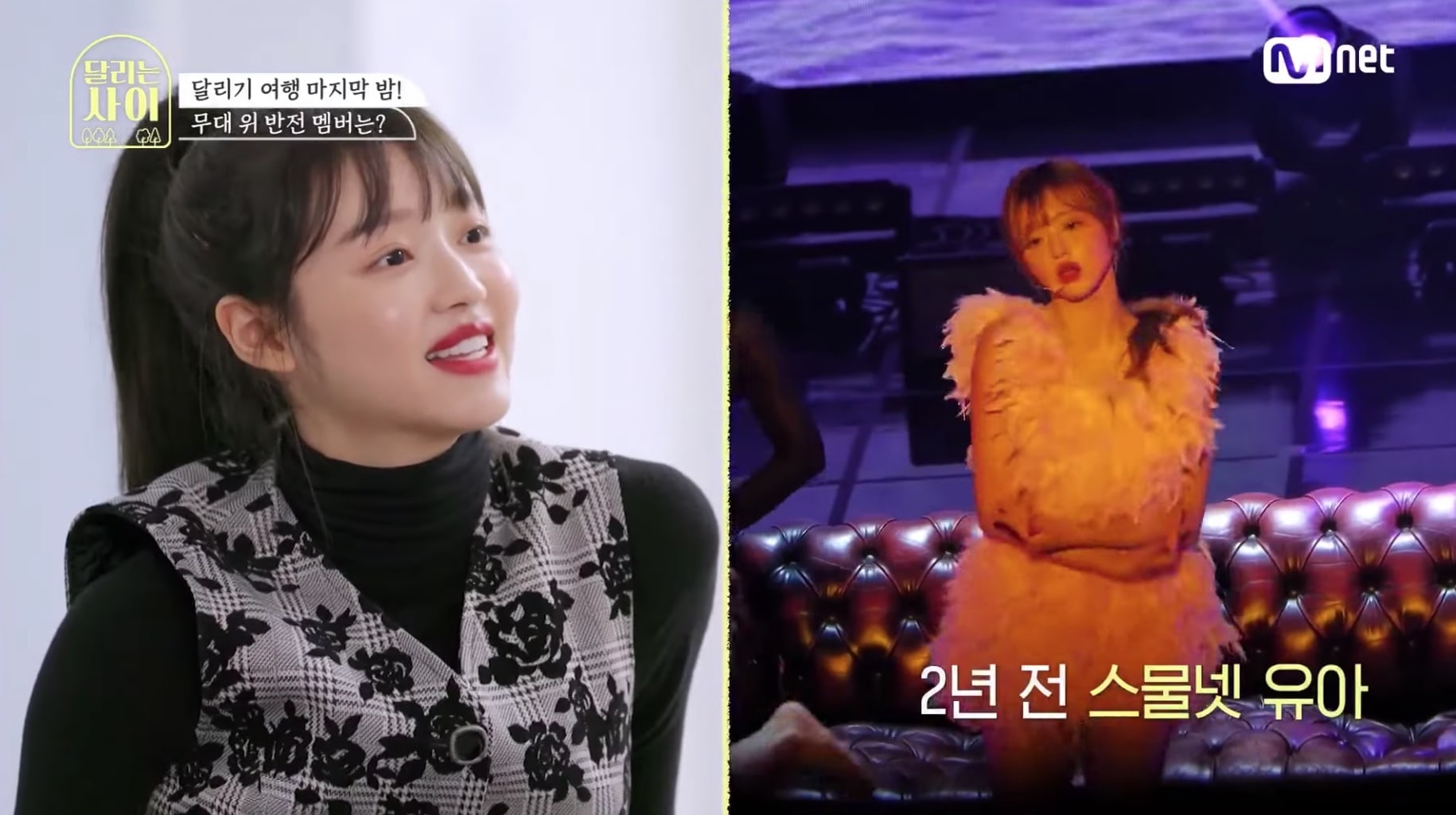 The cast watched Sunmi’s “Full Moon,” as well as Oh My Girl‘s YooA’s cover of the song at a concert. Sunmi praised YooA’s performance and said, “I’ve seen it already. I think that the song really suits YooA.” YooA said modestly, “It was hard to find my balance,” and Sunmi praised her again, saying, “This song seems to belong to her.” When watching her own performance, however, Sunmi screamed in embarrassment and told the members not to look.

After seeing EXID’s Hani’s viral fancam video of “Up and Down,” Chungha said, “You can’t think of Hani without thinking of this fancam. She looks so pretty here.”

Hani said, “This was close to the end [for EXID]. If this fancam hadn’t happened, I would not be here right now.” She added, “I think of it as a rope that came down from heaven. But because this happened to someone like me, I can now confidently say to other people, ‘Things like this can happen.'” 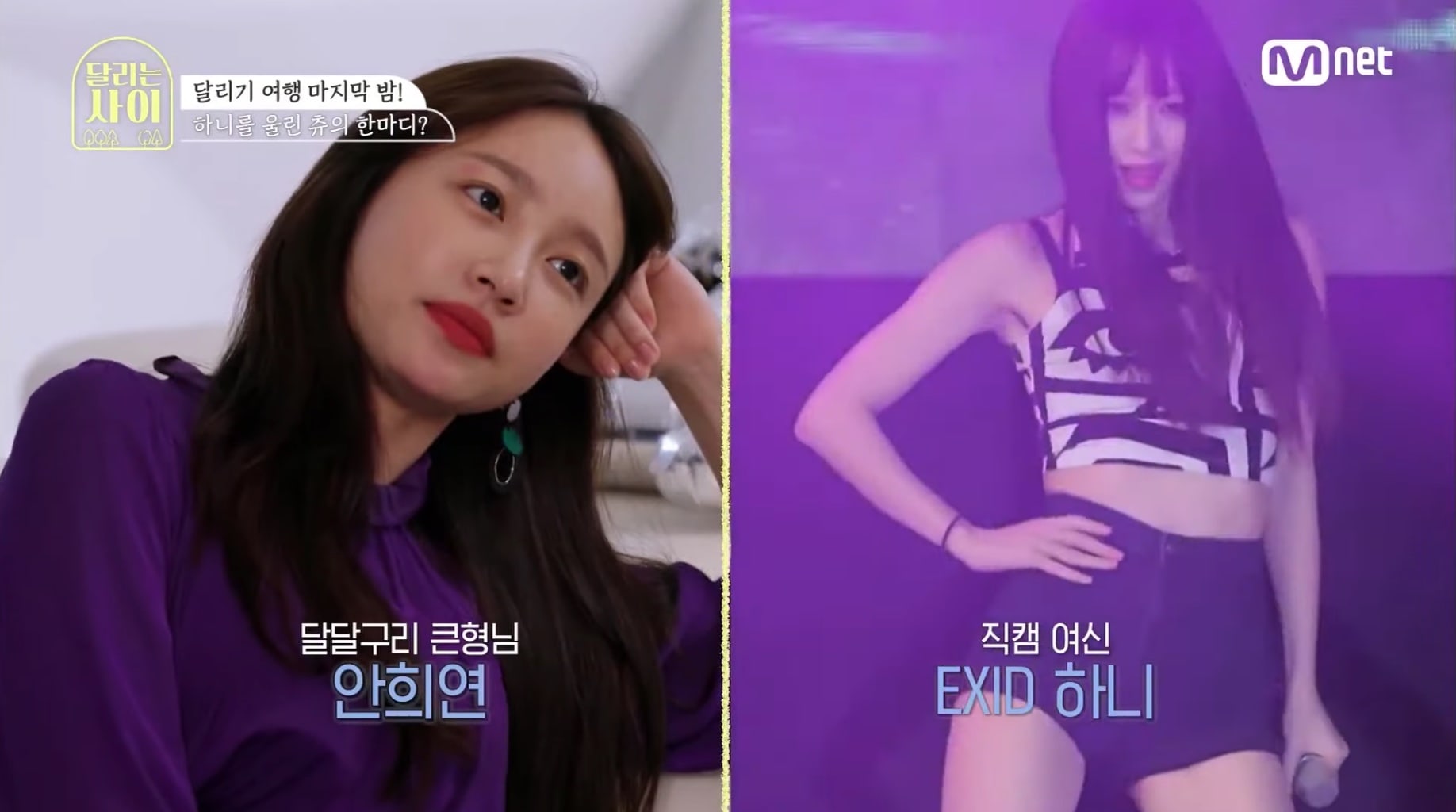 LOONA‘s Chuu said, “I was watching a video on YouTube and Hani shared some advice for idols. In the video, Hani said, “Dreams and the future are important, but I hope you won’t forget that your present life is important too.” Chuu said, “I remember watching that and going to work with tears in my eyes. I was so moved. At the time, LOONA was on hiatus for about a year, and we were going through a hard time, when I heard her words.”

In the morning, Sunmi and Hani enjoyed some time alone and Hani asked what she was doing when she returned to Seoul. Sunmi replied, “I’m going to record and write some more music.” After a moment, she added, “We’re turning 30 [Korean age] soon. They say that you start to think a lot when you’re 29. Because you’re about to turn 30. But I don’t really feel like I’m ‘moving out of my 20s’ and ‘moving into my 30s.’ I still feel like I’m 24.”

Hani said, “We’ll just turn 30 thinking like that.” Sunmi agreed and said, “I think I’ll just continue living the way I am now.” Hani added thoughtfully, “We’ll still not know much, and make a lot of mistakes, and reflect on ourselves.”

Sunmi said, “I am looking forward to this. Your 30s will begin with acting.” The video then showed the cast looking at clips of Hani’s first film, which is set to premiere in 2021. To the cast, Hani said, “After my contract ended, I had no idea what I was going to do or what I needed to decide. I didn’t film the movie because I wanted to be an actor. At that time, a casting offer came in, and I wanted to do it. But after I tried it, I found that I wanted to keep trying acting.

Back in their two-on-two discussion, Sunmi said, “I think that you must be really excited. Of course, there’s a lot to be worried about too, but I think there will be more excitement.” Hani said, “I’m looking forward to the things I have to learn.”

Sunmi said, “I was happy in my 20s and it’s a time I won’t get back again, but I’m more looking forward to next year.” 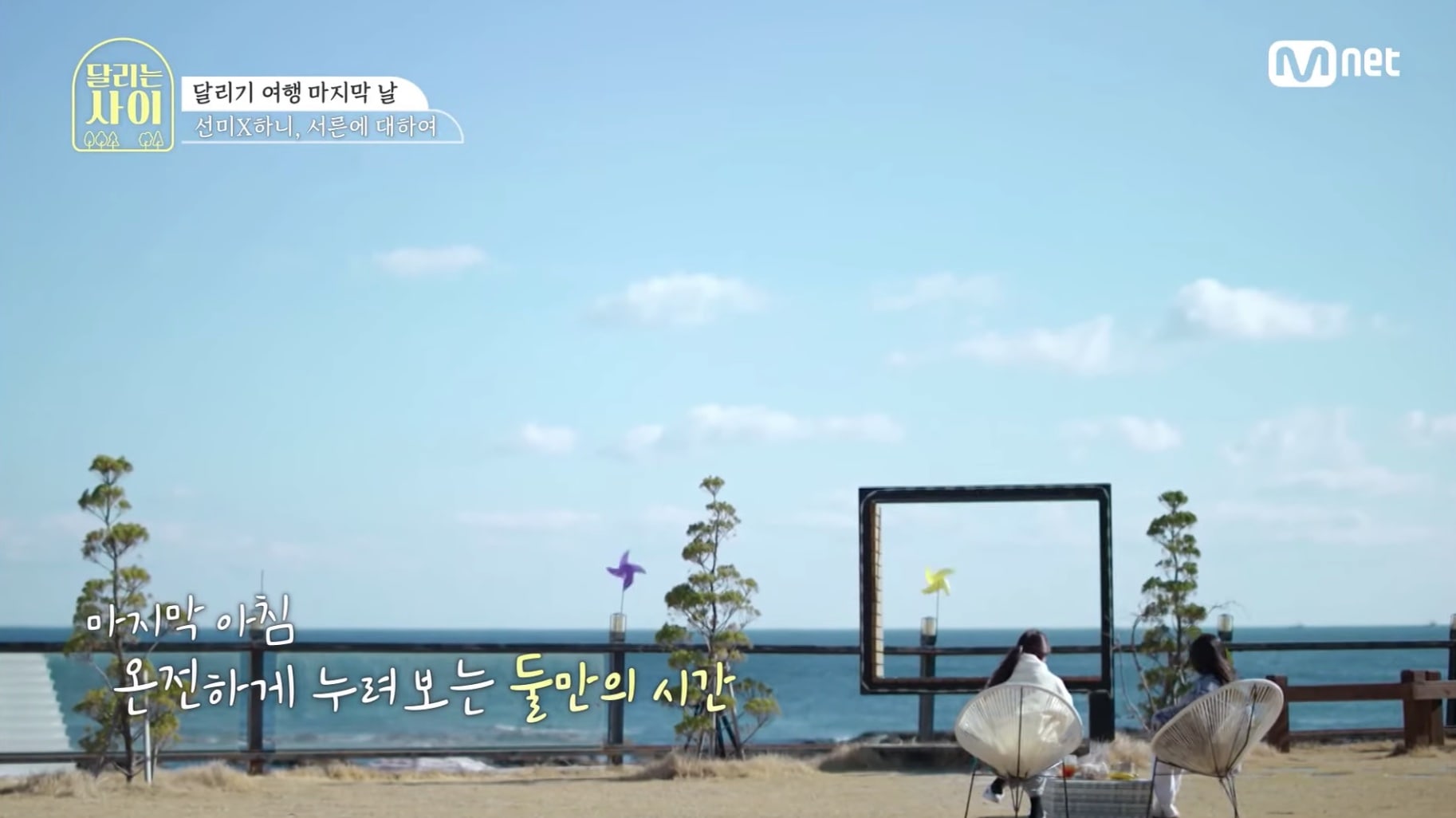 Check out Hani in the drama “XX” below!