The 2020 SBS Drama Awards celebrated many of the year’s top performances and shows!

The ceremony took place on December 31 at the SBS Prism Tower in Seoul, and it was hosted by Shin Dong Yup and Kim Yoo Jung.

Namgoong Min took the Daesang (Grand Prize) for his performance in “Stove League.” He shared his thanks and mentioned that the first time he’d had a fixed role on a show rather than performed as an extra was on the network SBS. “After a lot of time has passed, I’ve received such a great award, so I’m so grateful and happy,” he said. He went on to share his thanks to his co-stars and the show’s staff, as well as writer Lee Shin Hwa.

“As I get older, I come to think about the people around me, the people who are always on my side,” he said. “My mother and father and my brother. My mother’s health was not good this year. Mother, please keep being healthy. I want to continue to be a filial son toward you.” He also shared his love and thanks to his girlfriend Jin Ah Reum, describing how she’s been by his side for a long time.

Namgoong Min said that he had wanted to receive a trophy so that he could say something at such an official event. “When I’m going through a hard time and lonely, when I’m lost in despair, I look around and see the people closest to me.” He shared that he meant his staff, thanking them individually and saying, “Thank you and I love you. One thing that’s clear is that if it weren’t for you, I wouldn’t be who I am today, and I think I wouldn’t be able to be standing in this spot.” 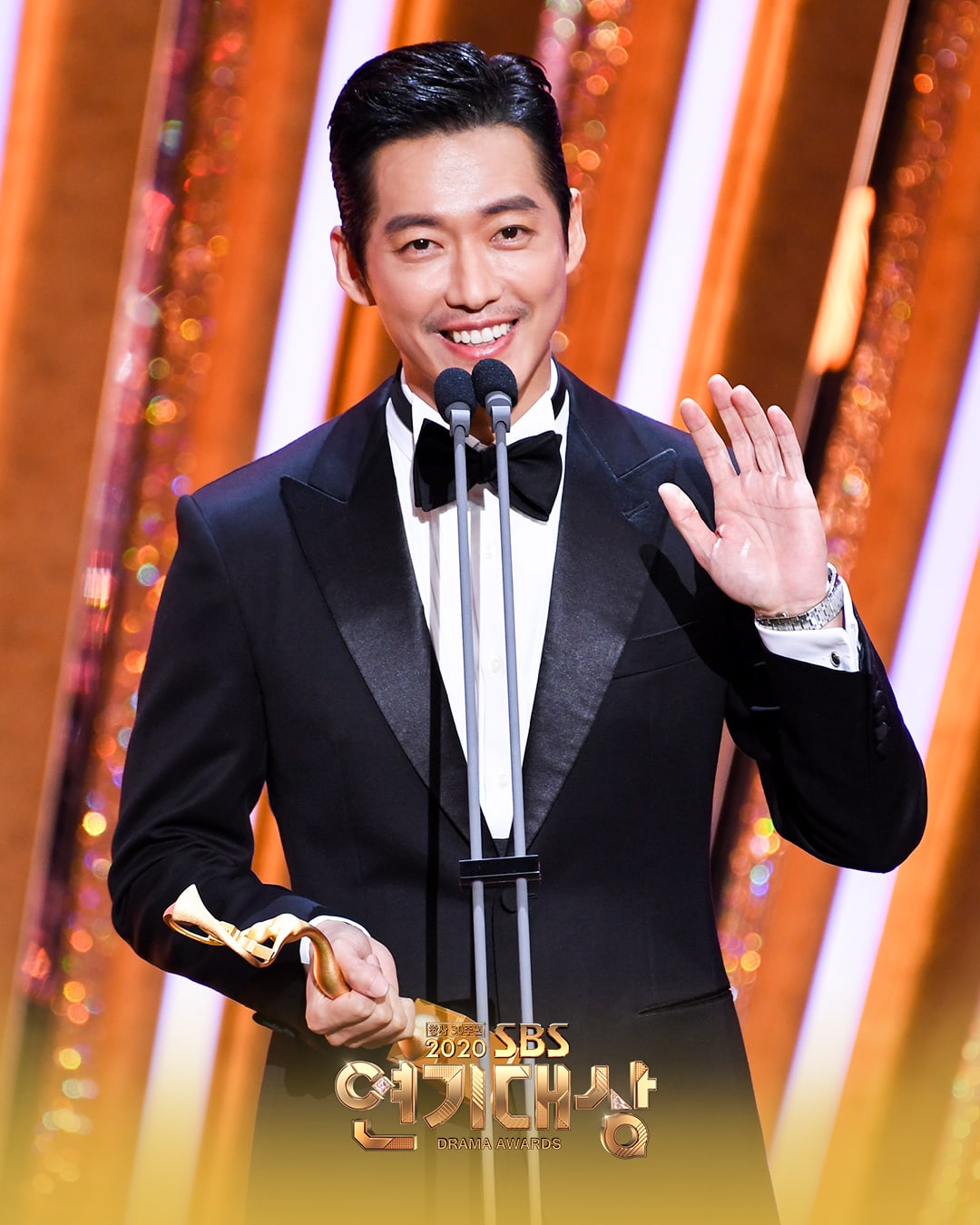 The 2020 SBS Drama Awards will be available on Viki.