John Legend made a special appearance on MBC’s “How Do You Play?”!

On January 2, the show continued Yoo Jae Suk’s quest to save winter songs. In this episode, he met up with Ailee and Kim Bum Soo, the masters of “winter” OSTs. Ailee sang the OST “I Will Go to You Like the First Snow” from “Goblin,” which became a hit when the drama aired and is now a winter song in its own right. Kim Bum Soo sang the OST “I Miss You” from the hit drama “Stairway to Heaven.”

Yoon Jong Shin also appeared to sing his hit song “Like It.” Asked why this was a winter song, he said, “I think that at the end of the year, you think about the people you’re no longer with and wonder, ‘Are they doing well?'” 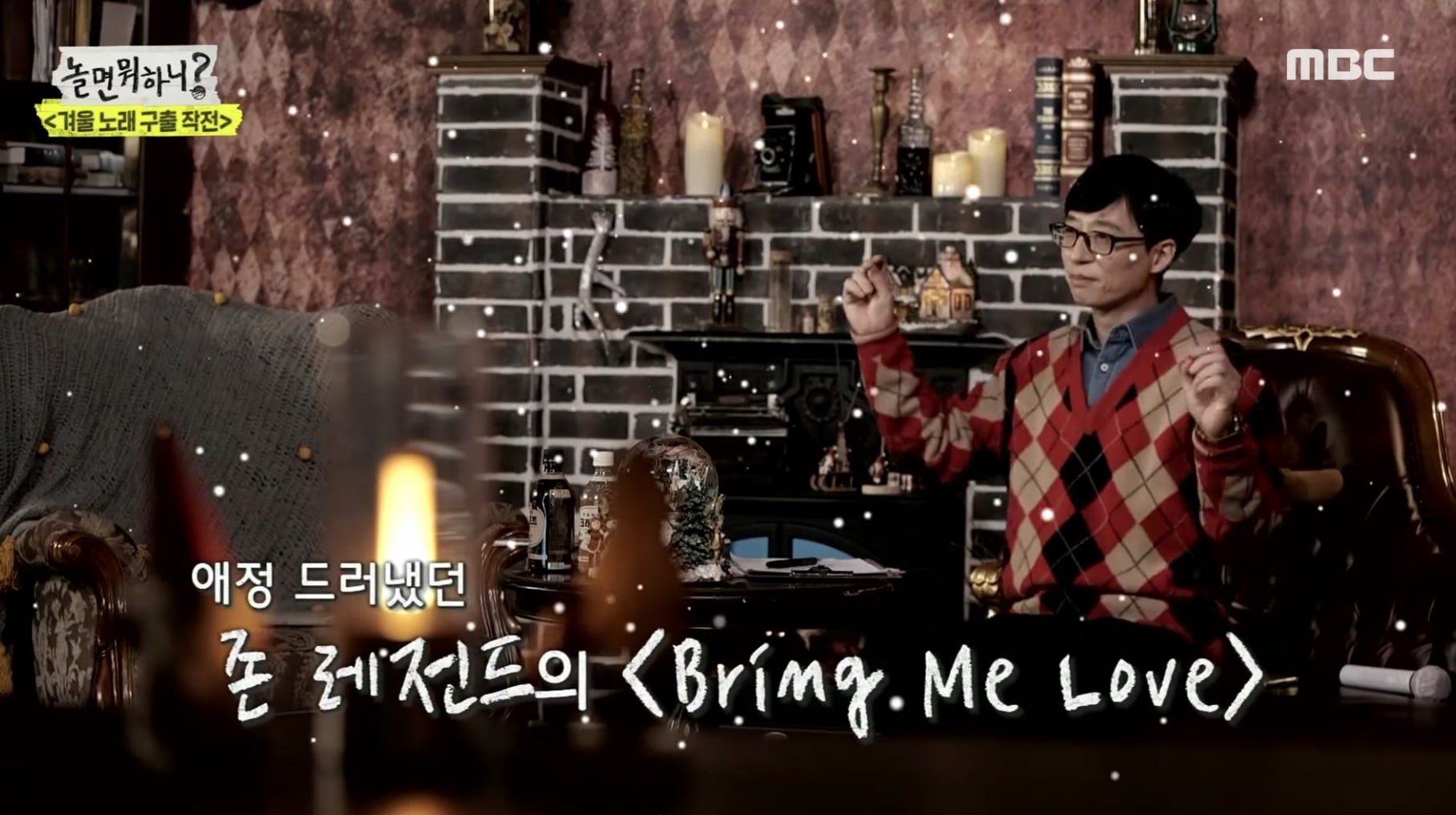 While talking with Yoon Jong Shin, Yoo Jae Suk received a surprise message from a surprise guest – John Legend! In a YouTube guerilla broadcast, Yoo Jae Suk had named John Legend’s “Bring Me Love” as a song that he loved. John Legend, who had seen the clip, sent in this message in response. 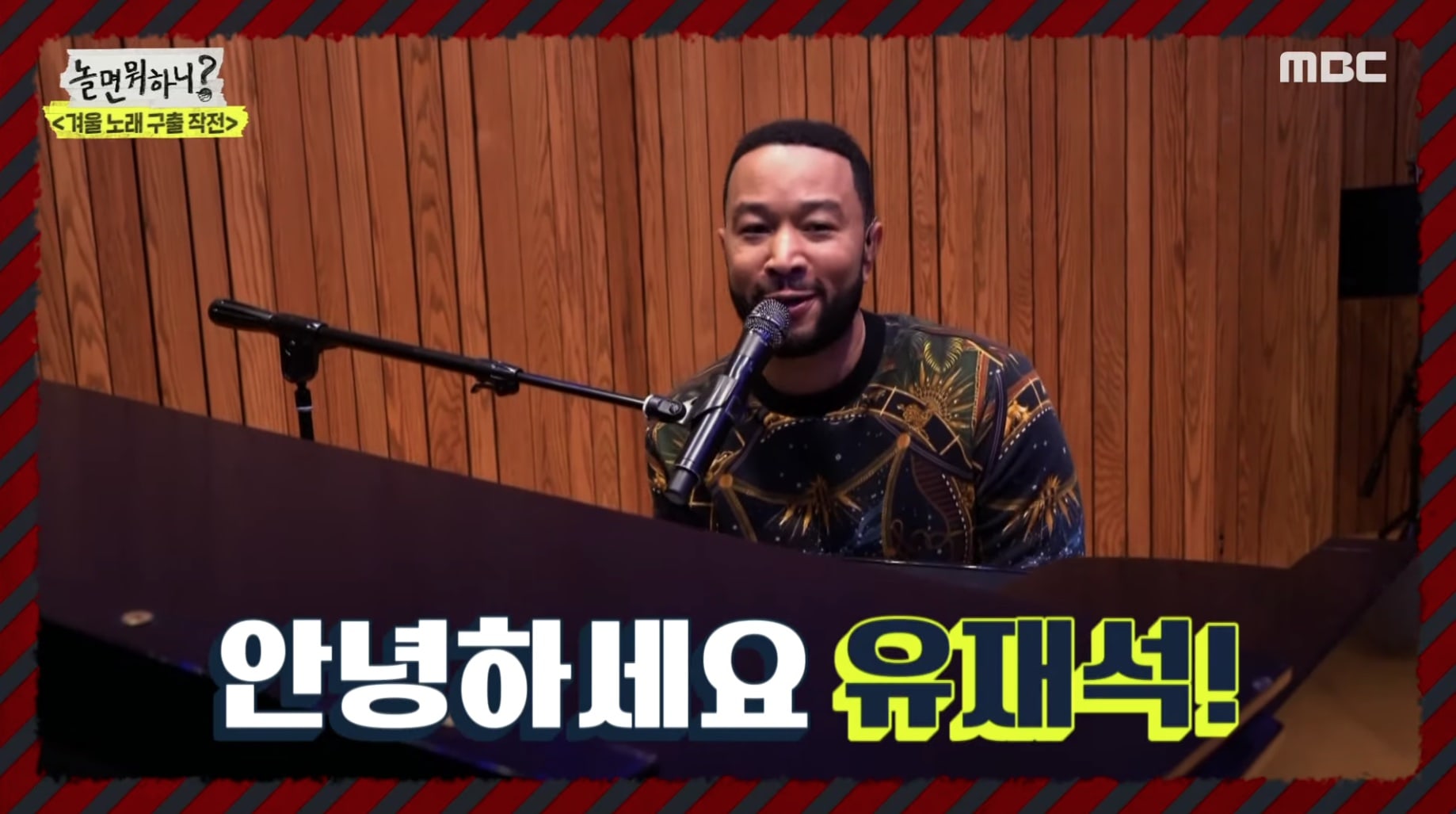 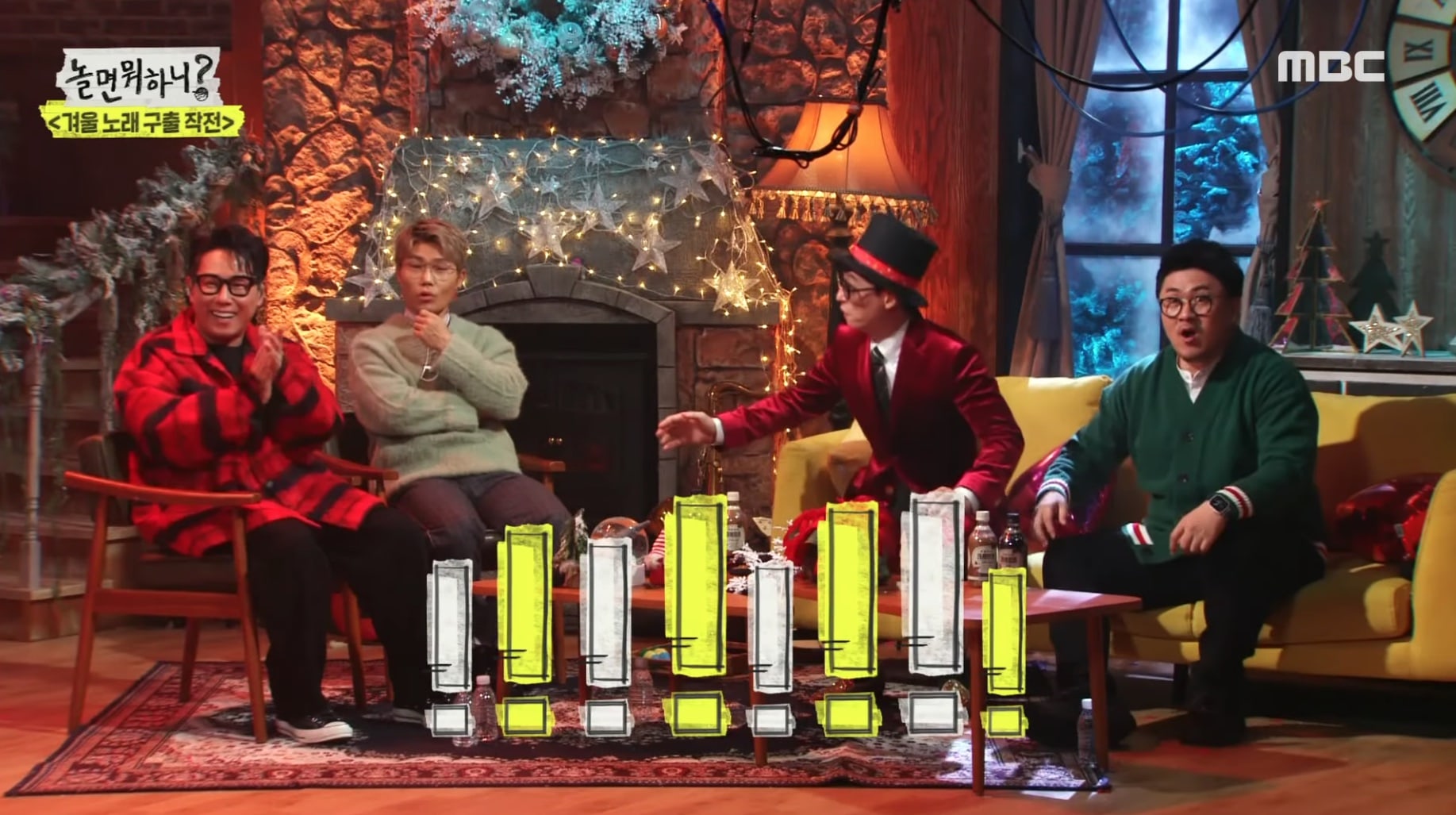 In the message, John Legend said “Hello, Yoo Jae Suk” in Korean before continuing, “It’s me, John Legend. I heard that you love my song, ‘Bring Me Love,’ from my album ‘A Legendary Christmas.’ Thank you so much. I also heard that you’re going to do a very special concert for this holiday season. So I want to say, I want to give this gift to you and all my Korean fans. I hope my music fills you with love for this holiday.”

He continued, “I remember visiting Korea, and playing there, and having some of the best concerts of my life. My fans in Korea are truly amazing, and I hope to see all of you very soon, when we can get back together in person. And I hope to meet you in person, Yoo Jae Suk. Stay strong, and stay safe, everybody.” He added “I love you” in Korean.

Sitting at his piano, he then played and sang “Bring Me Love.”

Yoo Jae Suk said admiringly, “It feels like it’s Christmas again. I would’ve been grateful with just a greeting message, but he even sang his song. If COVID-19 gets better someday, I’d like to meet. Today feels like my birthday.”

Yoon Jong Shin, who recently spent some time in the United States, was asked to give an English response, and he said briefly, “Thank you, John, see you soon,” cracking everyone in the studio up.

The episode concluded with an emotional performance from veteran singer Lee Moon Sae.

Source (1) (2)
Yoo Jae Suk
John Legend
Yoon Jong Shin
How Do You Play?
How does this article make you feel?