Previously in the drama, Lee Bit Chae Woon was able to stay strong despite the many shocking truths coming her way, thanks to her boyfriend Woo Jae Hee. He candidly said to her that he felt upset and sorry about not being able to fully fathom the pain she was going through, and he also sweetly told her, “From now on, I’m going to love you more than anyone else in the world forever.” Hearing these loving words of support from Woo Jae Hee, Lee Bit Chae Won stood strong in the face of adversity.

New stills revealed by KBS shows Woo Jae Hee proposing to Lee Bit Chae Woon. Their eyes glisten with sincerity as they look at one another, and the colorful lights behind them add to the romantic atmosphere. After confirming their unchanging love for one another, they will happily enjoy a date between just the two of them. 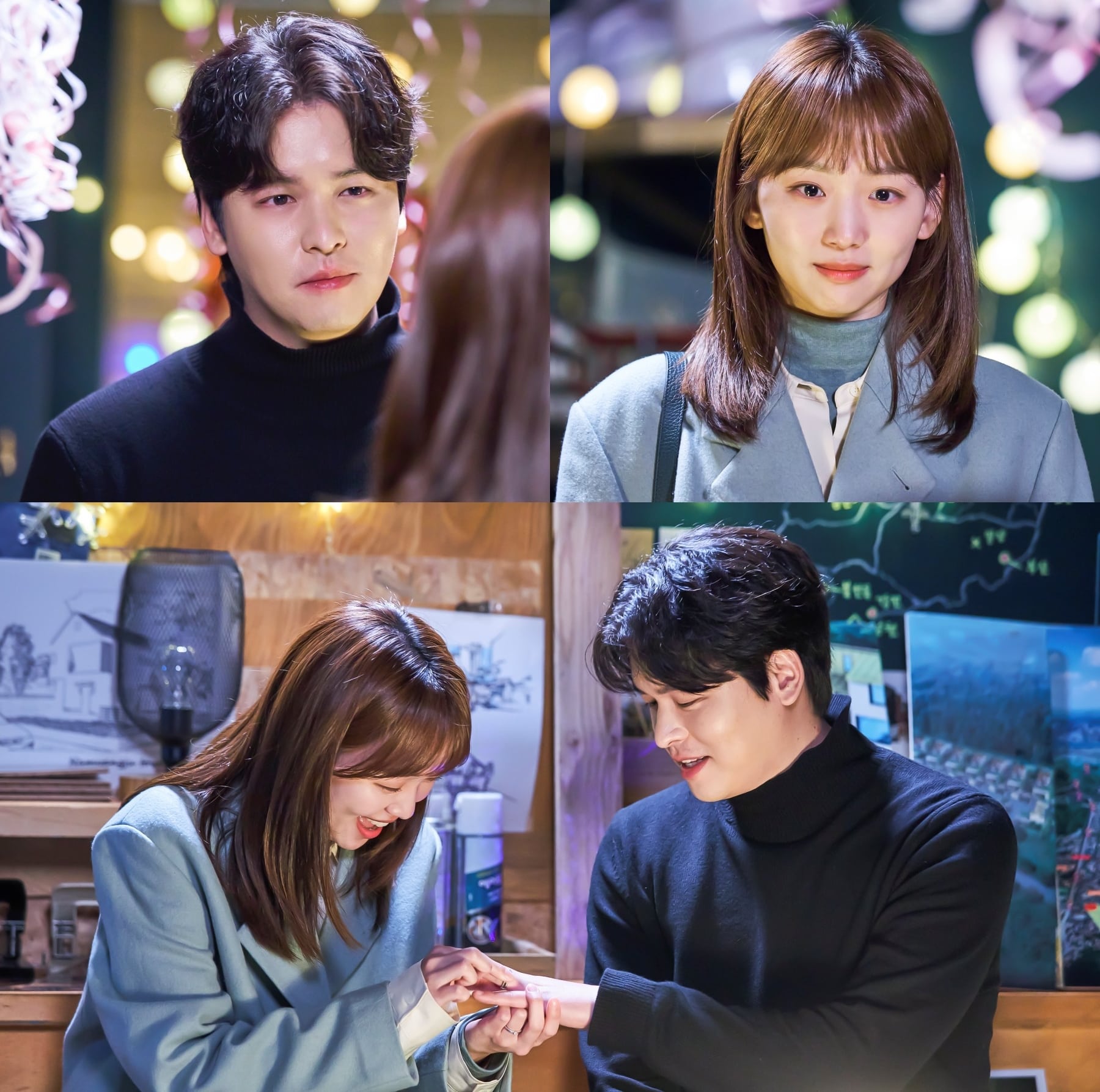 The drama’s producers shared, “Today (January 3), the Koala-Moongi couple that received a best couple award [at the 2020 KBS Drama Awards] will demonstrate the peak of their sweetness. What could be the secret behind Woo Jae Hee’s proposal that touched Lee Bit Chae Woon’s heart? Please look forward to watching the moment the two of them fall completely in love with each other.”