TV Chosun’s “The Goddess of Revenge” shared new stills ahead of the upcoming episode!

“The Goddess of Revenge” is a revenge drama about Kang Hae Ra (Kim Sa Rang), a woman who married into power and influence but whose reputation plummeted after an unfounded scandal, and Cha Min Joon (Yoon Hyun Min), a lawyer with a heart of ice who wants revenge on those who ruined his family.

Previously, Kang Hae Ra found out that Goo Eun Hye’s (Yoon Soy‘s) family was ruined in an instant after her request to help find the missing Cha Yi Hyun (Park Eun Hye) 11 years prior. Furthermore, Goo Eun Hye’s father even signed a physical rights waiver in order to repay his debt as President Kang (Choi Young Woo) claimed his right to indemnity regarding the warehouse that had caught fire. After Kang Hae Ra confessed to Goo Eun Hye that she was the client who had made the request all those years ago, their once-unshakable “revenge alliance” began to waver.

New stills show Kang Hae Ra and Cha Min Joon trapped inside a café. They stand just inside the glass doors, and Kang Hae Ra shouts in desperation as she grasps the door handle. What’s worse, they are left with nothing to do but stand and watch as the person who locked them in threatens them with death as they prepare to start a fire. Viewers are wondering how they came to be imprisoned in a café, as well as how they will escape the dire situation. 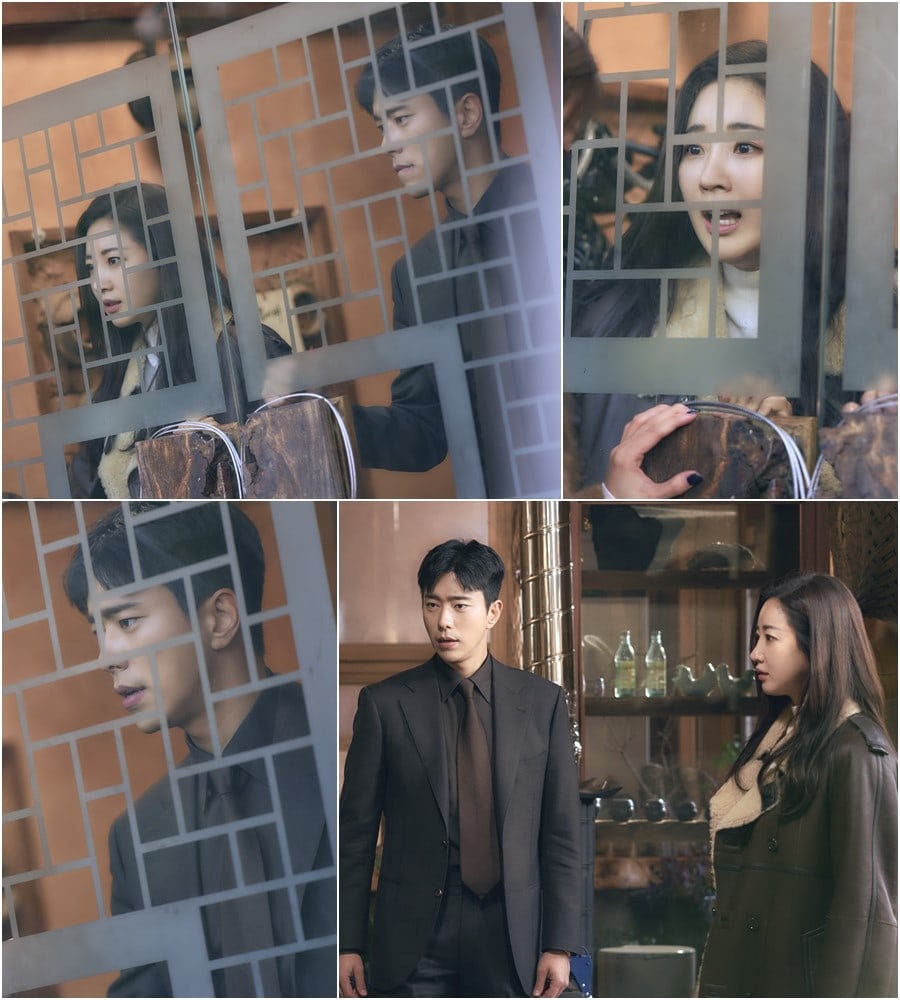 Kim Sa Rang and Yoon Hyun Min are said to have created endless laughter on set as they made up ad-libs for wild scenarios and rehearsed their lines in a cute manner. However, the moment the cameras began rolling, the pair brought the critical scene to life with their utmost concentration and emotive acting skills.

The next episode of “The Goddess of Revenge” airs on January 3 at 9 p.m. KST.