The suspense in KBS 2TV’s Wednesday-Thursday drama “Cheat on Me If You Can” is building up with each episode!

“Cheat on Me If You Can” features Jo Yeo Jeong as a murder mystery novelist named Kang Yeo Joo. She is married to a divorce lawyer named Han Woo Sung (Go Joon), who signed a contract with her that says, “If you cheat, you die.”

As the series jumps into the second half of its story, here are three points to look forward to.

After coming across a fountain pen case with a message inside in Han Woo Sung’s trash, Kang Yeo Joo becomes suspicious that her husband might be having an affair. She goes on to track down any possible clues confirming this suspicion. In the end, she figures out that he might be involved with a student from the university he once gave a lecture at.

In reality, Han Woo Sung and Go Mi Rae (Yeonwoo) have been getting closer with each coincidental meeting. After realizing that his wife might be onto him, Han Woo Sung has been making dire efforts to cover up his tracks in the affair.

Baek Soo Jung (Hong Soo Hyun) was a starlet in Korea that suddenly took off for America. She believed that she was forced a sudden departure because of Kang Yeo Joo. As revenge, she seduced Han Woo Sung and had an affair with him. But after going missing, she shockingly turned up at the Han river as a dead body.

Baek Soo Jung’s manager has been accused of kidnapping and attempting to murder the property manager of her studio apartment. This property manager is the same person that was caught on security footage threatening Han Woo Sung. However, Baek Soo Jung’s manager has already taken off to the Philippines. In episode 7, Kang Yeo Joo was on a secretive phone call with the manager, and in episode 8, National Intelligence Service agent Ma Dong Kyun (Oh Min Suk) tried to track down the manager in his own means. The tension heightens with each step of progress in the investigation. 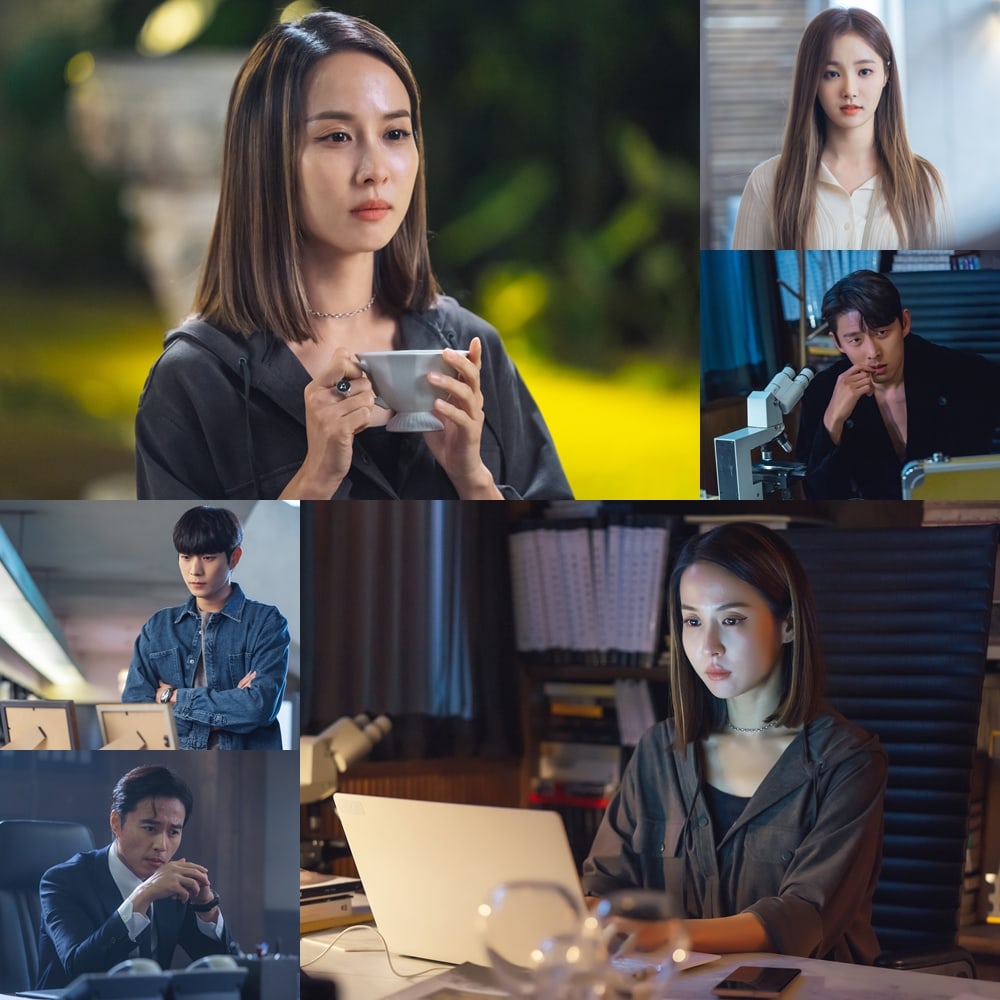 3. Details in Kang Yeo Joo’s secretive past yet to be uncovered

Halfway into the series, there are several secrets left to uncover. At the center of these mysteries is Kang Yeo Joo herself. Her secretive past involves Baek Soo Jung and Ma Dong Kyun, as well as her missing novel.

Kang Yeo Joo’s assistant Cha Soo Ho (Kim Young Dae) is not what he seems either. He is actually a National Intelligence Service agent that is acting undercover at the direction of Ma Dong Kyun and has been instructed to surveil Kang Yeo Joo. As he starts digging up her past, he realizes that each element of her past is connected with Ma Dong Kyun, who has been reporting observations on Kang Yeo Joo to a mysterious figure. Episode 8 even ended with an unknown person breaking into Cha Soo Ho’s home and holding him at gunpoint.

The quest for truth intensifies as more details about Kang Yeo Joo’s past gets revealed. With so many figures involved in a complicated network of connections, the drama is set to have an interesting run for its second half.

The production team has commented, “The veil between the characters surrounding Kang Yeo Joo is set to be lifted. A shocking truth is waiting to be uncovered behind the Baek Soo Jung homicide case. Please look forward to the second half of ‘Cheat on Me If You Can.’ There will be new characters and striking twists in the plot.”

Share the thrilling experience by watching the series here: