“Bossam – Stealing Fate” will tell the story of a person who accidentally kidnaps a princess. It is set during the reign of King Gwanghae and revolves around Ba Woo and princess Soo Kyung. It will be a story of life and love that touches upon the oppression experienced by women and the impoverished.

Jung Il Woo, who has impressed with his acting in many historical dramas such as “The Moon Embracing the Sun” and “Haechi,” will return in this new historical drama as Ba Woo. He is a character with a mysterious secret who has to hide his identity and live in poverty after being framed for conspiracy at a young age. He deals with all kinds of illegal matters like gambling, stealing, and fighting, and one of his main duties is connecting widows, who had no hopes of getting remarried, with new husbands.

Girls’ Generation’s Yuri has broadened her acting scope in many dramas, such as “Defendant” and “Jang Geum, Oh My Grandma.” She will take on her first historical drama role as princess Soo Kyung, the daughter of King Gwanghae and the daughter-in-law of his archrival Lee Yi Chum. In the drama, she becomes a widow before her honeymoon night.

On January 4, the drama shared its first glimpse of the two leads. The atmosphere is filled with sadness and longing as they stand on a field of tall grass. Soo Kyung gazes cautiously at Ba Woo while Ba Woo stares ahead with a solemn expression on his face. This raises questions about their affectionate yet complicated romance. 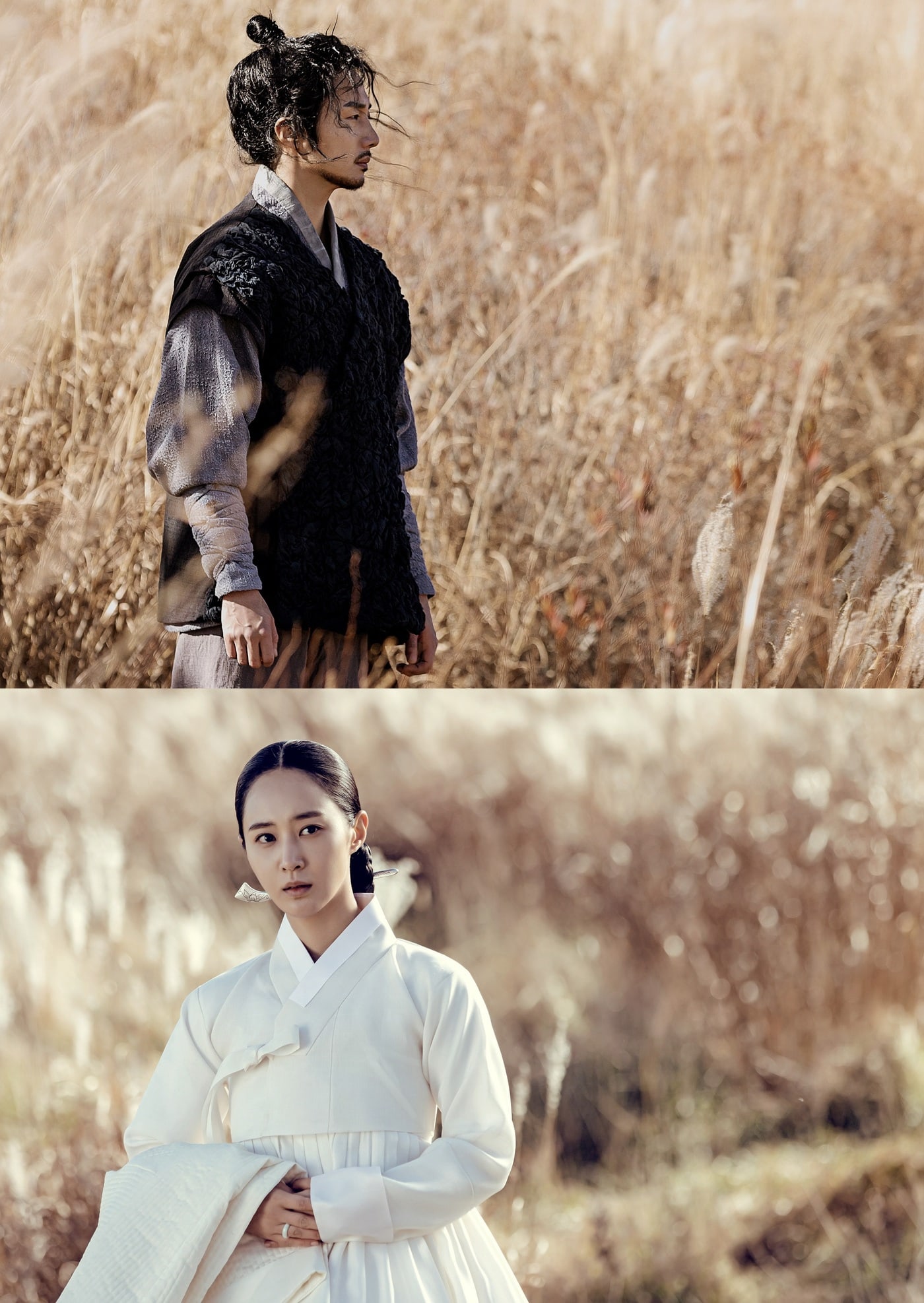 The drama is scheduled to air in the first half of this year.

In the meantime, watch Jung Il Woo in “Haechi”:

Check out Yuri in “Defendant” as well!