Watch: Ji Chang Wook And Kim Ji Won Transform Into A Sweet Romantic Couple Behind The Scenes Of “Lovestruck In The City”

KakaoTV’s “Lovestruck in the City” has revealed a sweet behind-the-scenes look at the drama!

“Lovestruck in the City” is a short-form romance drama that follows the realistic love lives of young people fighting to survive in the hectic city. It is being produced with multiple seasons in mind, and the first season is entitled “My Lovable Camera Thief” (literal translation).

Ji Chang Wook plays Park Jae Won, an honest and passionate architect who is a hopeless romantic when it comes to love. After a woman that he calls “the camera thief” steals his heart one summer night and then disappears, he is unable to get over her—even a year later. Kim Ji Won is the titular “camera thief,” the freelance marketer Lee Eun Oh.

The video begins as Ji Chang Wook and Kim Ji Won play with the dog on set, and Kim Ji Won laughs while she says, “I think he ate my hand too” after she feeds the dog some snacks. They then take the dog for a run along the beach, and Kim Ji Won says in a tired voice, “I’m running yet again today.” In the following clips, Ji Chang Wook stands patiently as he waits for a ball to hit him, and he also works on writing sentences in a sketchbook. 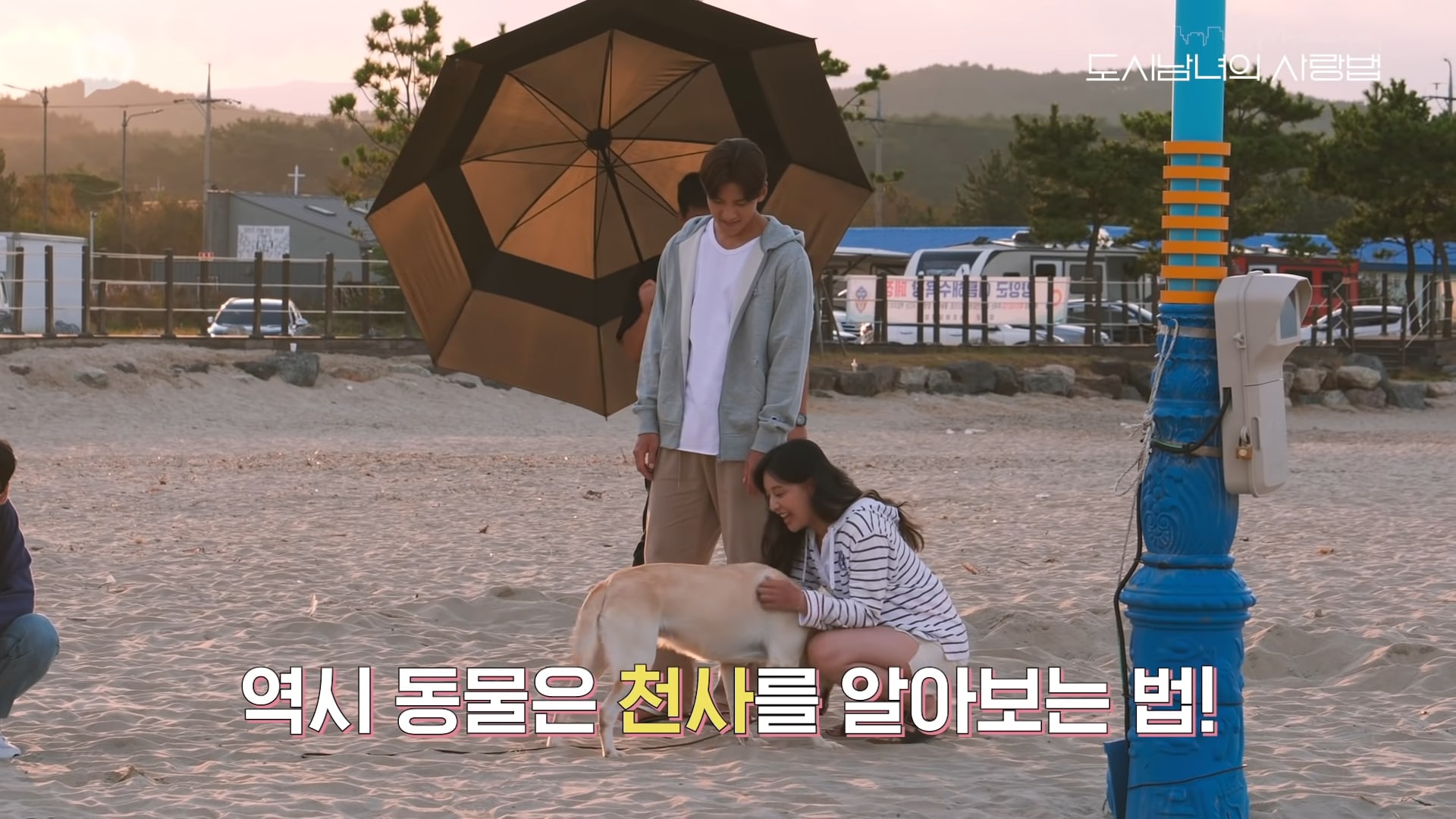 Next, Han Ji Eun and Ryu Kyung Soo run through some of their lines, and Ryu Kyung Soo introduces his character as a writer who chooses to live the single life. So Ju Yeon and Kim Min Seok also film a scene at a movie theater, laughing in embarrassment after they wag their fingers at the camera.

The video cuts back to the beach as the staff celebrate Kim Ji Won’s birthday by surprising her with a cake and flowers. She then rejoins Ji Chang Wook to film a scene where their characters announce that they got married and live together. During their wedding scene, Ji Chang Wook attempts to pull a ring out of his pocket, but he turns around and says, “There’s no ring,” eliciting laughter from the staff. 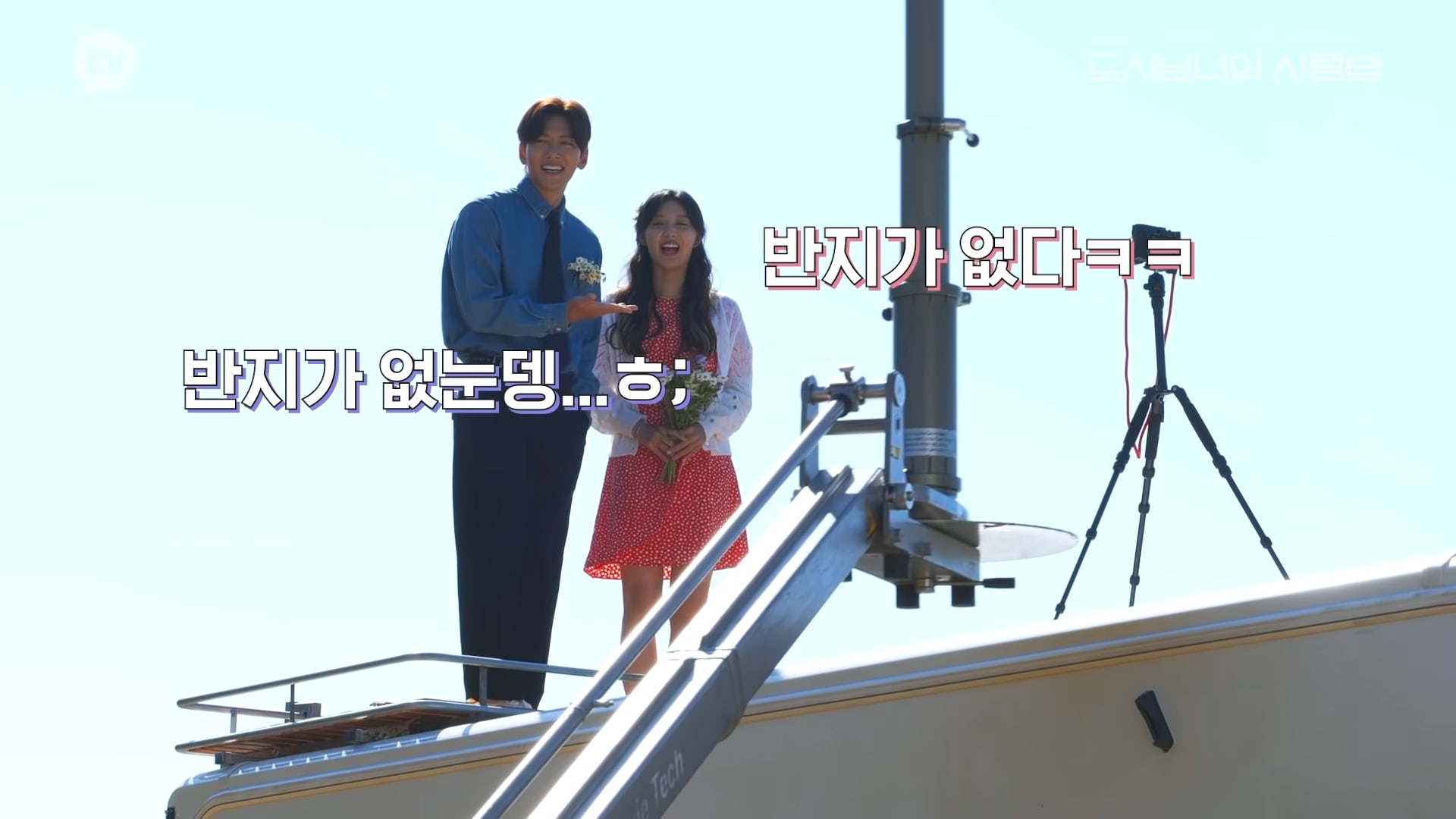 Ji Chang Wook and Kim Ji Won pour their all into their rehearsal as they sweetly gaze at each other and pose for photos. The pair continue to share smiles and laughs as they film both inside the camping car and outside in the rain. They also greet the camera with enthusiastic waves before filming a comedic scene where Kim Ji Won paints Ji Chang Wook’s toenails.

So Ju Yeon then films some of her solo scenes, and Kim Min Seok comes to watch. She grabs his hand and folds it to make a peace sign as she poses for the camera. Ryu Kyung Soo and Han Ji Eun also flawlessly carry out their own scenes, and the video comes to an end with some bloopers from various scenes.

“Lovestruck in the City” airs every Tuesday and Friday at 5 p.m. KST.

In the meantime, check out Ji Chang Wook in “Melting Me Softly” below: