The stars of SBS’s “The Penthouse” shared their thoughts on wrapping up the first season!

The hit show is set in a 100-floor luxury penthouse apartment and centers around three women: the “queen” of the penthouse Shim Soo Ryeon (Lee Ji Ah), the “prima donna” Cheon Seo Jin (Kim So Yeon) who will stop at nothing to get what she wants, and Oh Yoon Hee (Eugene) who will do anything it takes to get into the world of high society. It ended its first season on January 5, but it was recently confirmed that the show is coming back with two more seasons.

Lee Ji Ah said, “It feels like just a couple days ago that I first decided to join the cast and I was excitedly thinking about how I would create the character Shim Soo Ryeon, and so I feel emotional now that I’m already sharing my ending thoughts.”

“While we were filming, I would think long and hard about how to make Shim Soo Ryeon’s revenge more satisfying and thrilling, and I was encouraged thanks to the viewers showing a lot of interest and support each time,” she said.

“I want to thank everyone for their hard work, including the many people who related to Shim Soo Ryeon and everyone who worked together during this difficult time for the sake of ‘The Penthouse’: Director Joo Dong Min, Writer Kim Soon Ok, my reliable co-stars, and the staff. And please keep watching ‘The Penthouse.’ Once again, I want to say thank you to everyone who showed their support.”

Kim So Yeon shared, “I feel like it was just a day or two ago that I was nervously excited when I received the script for the first time, but we’re already ending season one, so it doesn’t feel real. I felt closer to the ‘The Penthouse’ team, maybe because we went through the difficult period of 2020 together. I want to express my gratitude to all the viewers for loving this project that we all worked hard and passionately on.”

She continued, “Cheon Seo Jin did many evil things, but as an actor, I was happy to be able to show many different sides through the character Cheon Seo Jin. More than anything, I was really grateful for all the support from our viewers and it encouraged me. I always try to do my best, but I have regrets over some parts when I watch the show. Currently, we’re filming ‘The Penthouse’ season 2 and there’s season 3 after that, so I want to improve those parts where I’m lacking and show a better version of myself to the viewers.”

Kim So Yeon also shared about the second season, “I received the script and got reenergized by the surprising story, and we’re filming now. Please look forward to it a lot.” 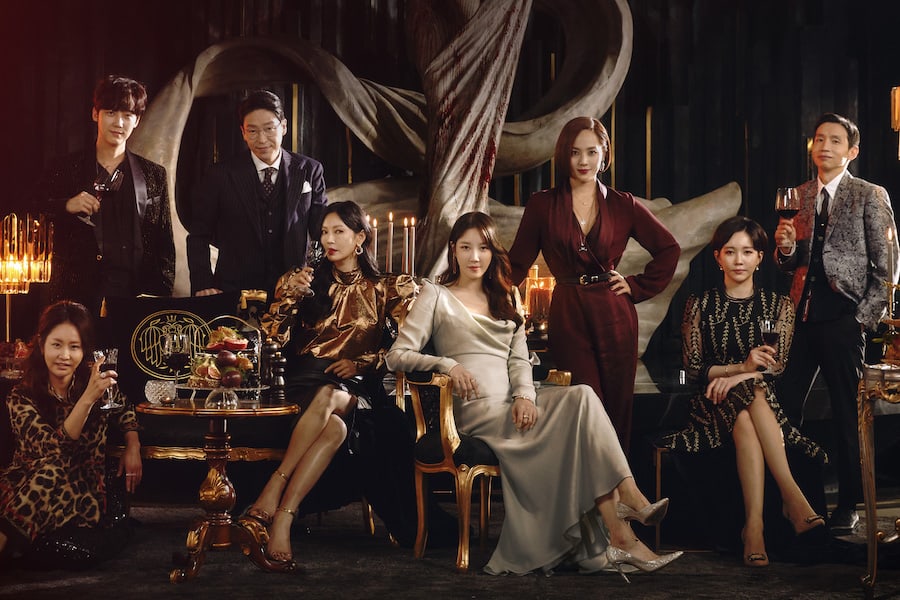 Eugene said, “Thank you for showing a lot of interest and love for ‘The Penthouse.’ It wasn’t easy to film, but it was worth it because of all the love we received. I hope that you had even a bit of a good time while watching our drama during your boredom while staying at home.”

Eugene went on to share that the relationships between the characters change a lot in the second season compared to the first and promised that there are big twists to come. “Please take care of your health during the cold winter and look forward to the second season’s even more exciting story,” she said.

Uhm Ki Joon played Shim Soo Ryeon’s husband Joo Dan Tae. He described how he’d had fun and been happy filming thanks to being able to work with such a great writer, director, staff, and cast, saying he’d become very fond of them. “Thank you so much to the viewers who sent us so much love,” he said. “We’re working hard at filming the second season, so don’t be too sad. I hope you’ll wait in anticipation.”

Park Eun Suk took the role of Logan Lee in the drama. He wrote on his Instagram to first thank viewers. “Our intense filming during a difficult time earned a lot of love and an enthusiastic response, and so we were able to wrap up well,” he said.

“Thank you once again to Writer Kim Soon Ok, Director Joo Dong Min, and Director Park Bo Ram,” he said. “It wasn’t easy to film, but you did a great job at making it to the end while carrying the heavy burden.”

He went on to thank Studio S, Chorokbaem Media, and the staff on set, particularly mentioning the makeup and hair team who had worked hard helping him to transform into the character Goo Ho Dong. Park Eun Suk also extended his thanks to more staff including the camera director, lighting director, sound director, and directing and production teams. “You worked hard in unseen places and made characters shine who couldn’t have been made by one person alone, so thank you,” he said.

Jo Soo Min, who took the role of the character of Min Seol A, wrote, “There were many times when I felt upset and my heart ached while playing the role of Seol A because of the difficult situations she went through. As the actor who played Seol A, I hope for a world in which all children will smile happily as they receive proper treatment and experience no injustice. Let’s all try to be warm and good adults.” She added in English, “Thank you for loving Seol A.”

Han Ji Hyun, who played the character Joo Seok Kyung in the show, shared, “I think I was so lucky to have been in this project. It was a joy to work with the writer, director, all the senior artists, and my peer co-stars, and I was honored to be able to play Joo Seok Kyung. Thank you to the viewers who sent their enthusiastic support and love with each episode. I hope you’ll send lots of love for the second season too, and I hope you’ll wait just a bit more because there’s a more fun and exciting story on the way.” 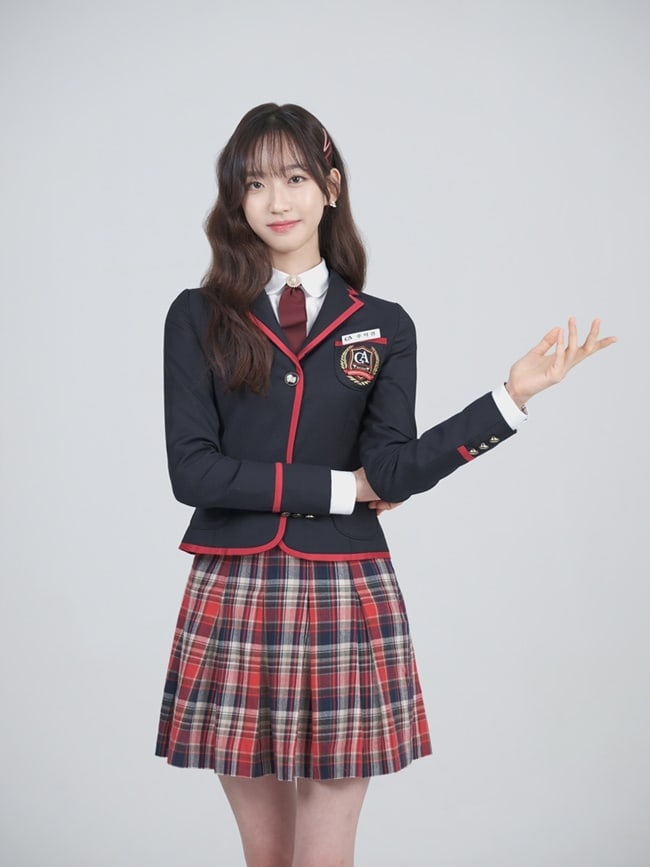 Choi Ye Bin took the role of Ha Eun Byul, the daughter of Cheon Seo Jin. She said, “The fact that ‘The Penthouse’ is already ending for a while makes me think that time went by so fast that I can’t believe it. I think it may have felt so fast because the drama was so interesting.”

She shared that she’d also tuned in to watch each episode live and said, “From my audition to now as the season wraps up, I’ve spent about a year experiencing new things, which has allowed me to learn and feel a lot.” Choi Ye Bin expressed her gratitude to the hard-working staff and the viewers who’d used their precious time to watch the show.

“We’re working hard at filming season two, so please look forward to it a lot,” she said, wishing everyone a happy new year. 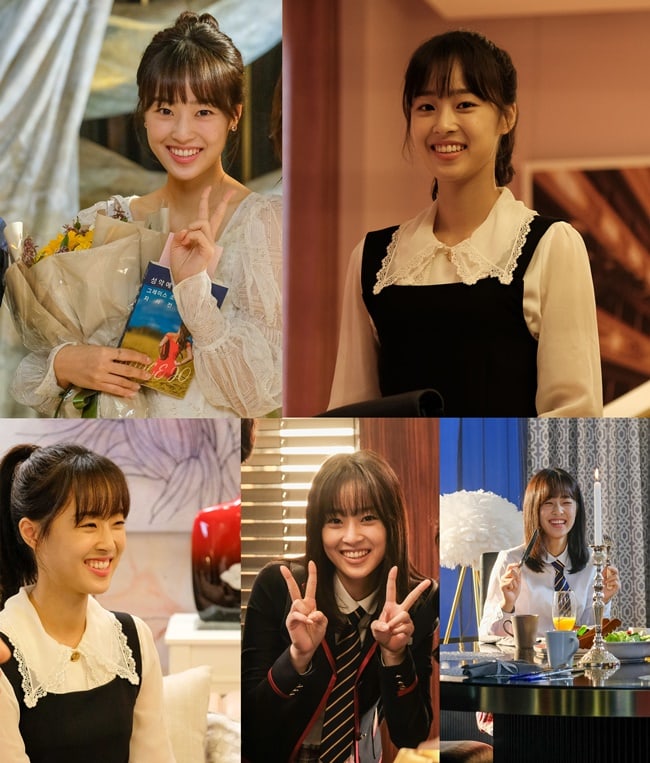