Cho Seung Woo uses his sharp and powerful gaze to dominate the intriguing fantasy mystery atmosphere created by the newly released poster. Transformed into Han Tae Sool, he looks ready to instantly sort out the mysterious figures in our world who are hiding their identities. Park Shin Hye portrays Kang Seo Hae, who returns to the past in order to save Han Tae Sool and the world from danger. Her poster reflects her character’s firm resolve to achieve this goal. The posters raise anticipation for the upcoming drama as the two leads tease the mysterious story they’ll deliver to viewers through the drama. 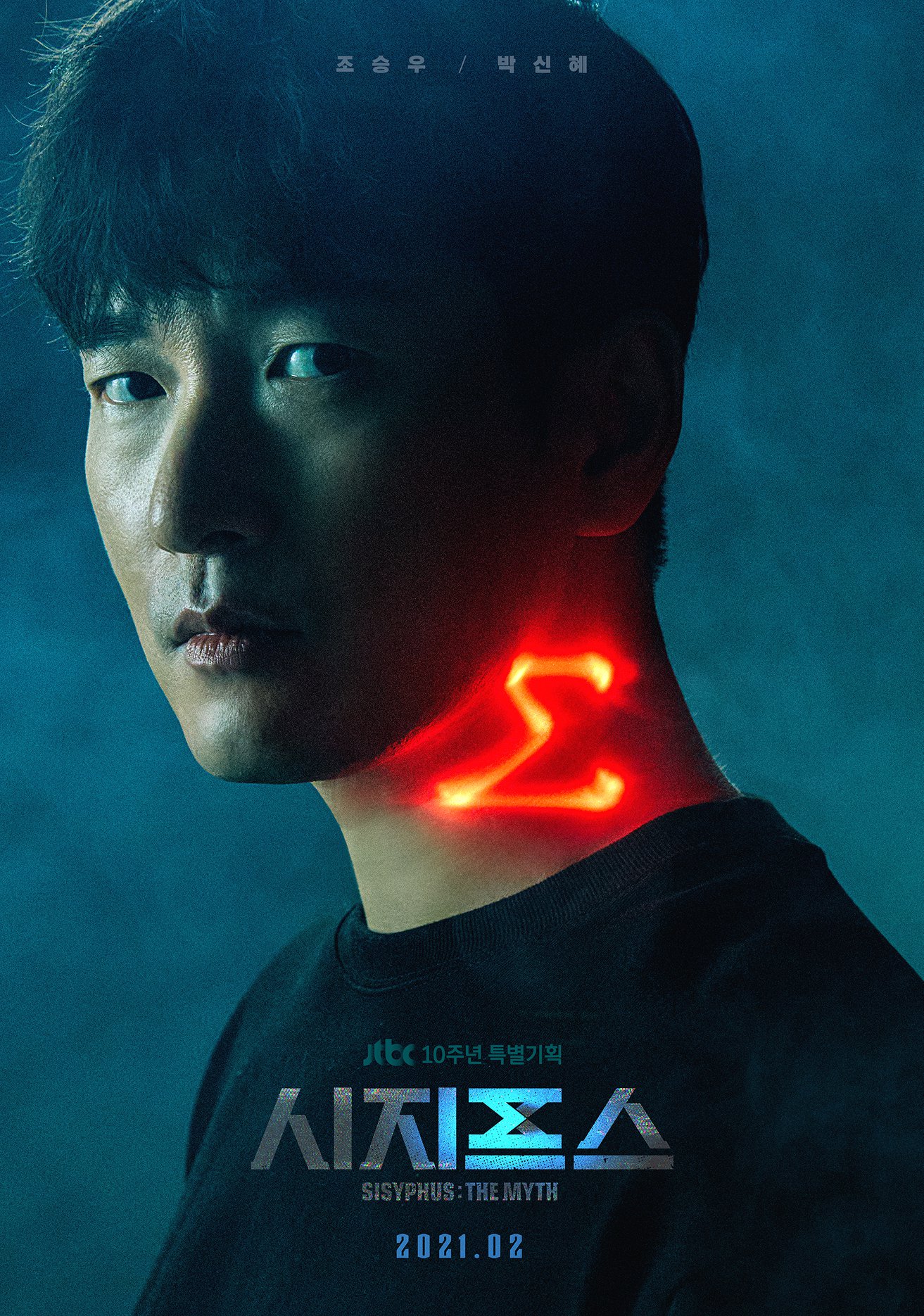 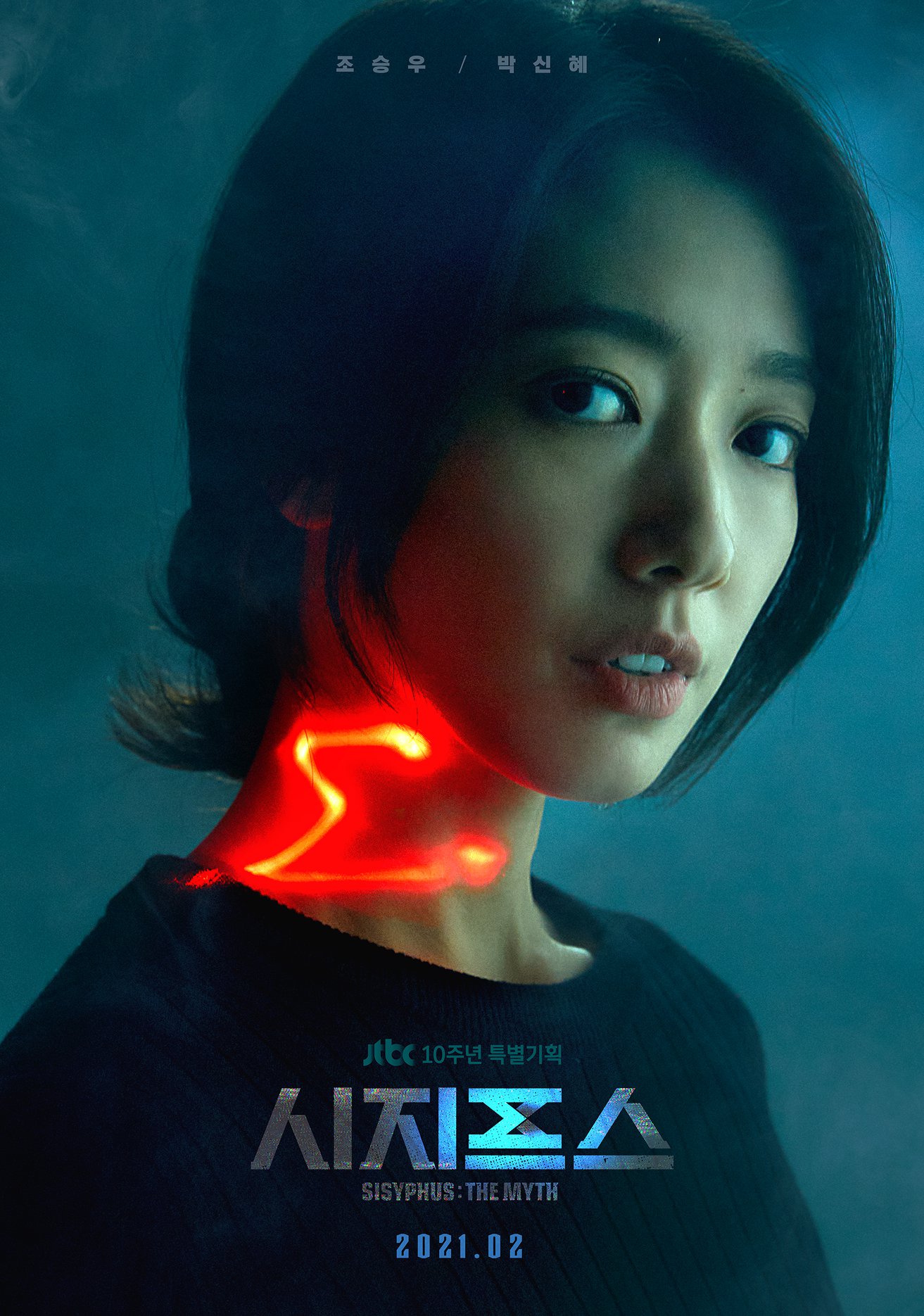 Furthermore, a third poster reveals the first look at the “hidden being” through a mysterious silhouette. Despite their concealed face, viewers can detect a remarkable aura from the shrouded figure, raising questions as to who could be hidden behind the haze. 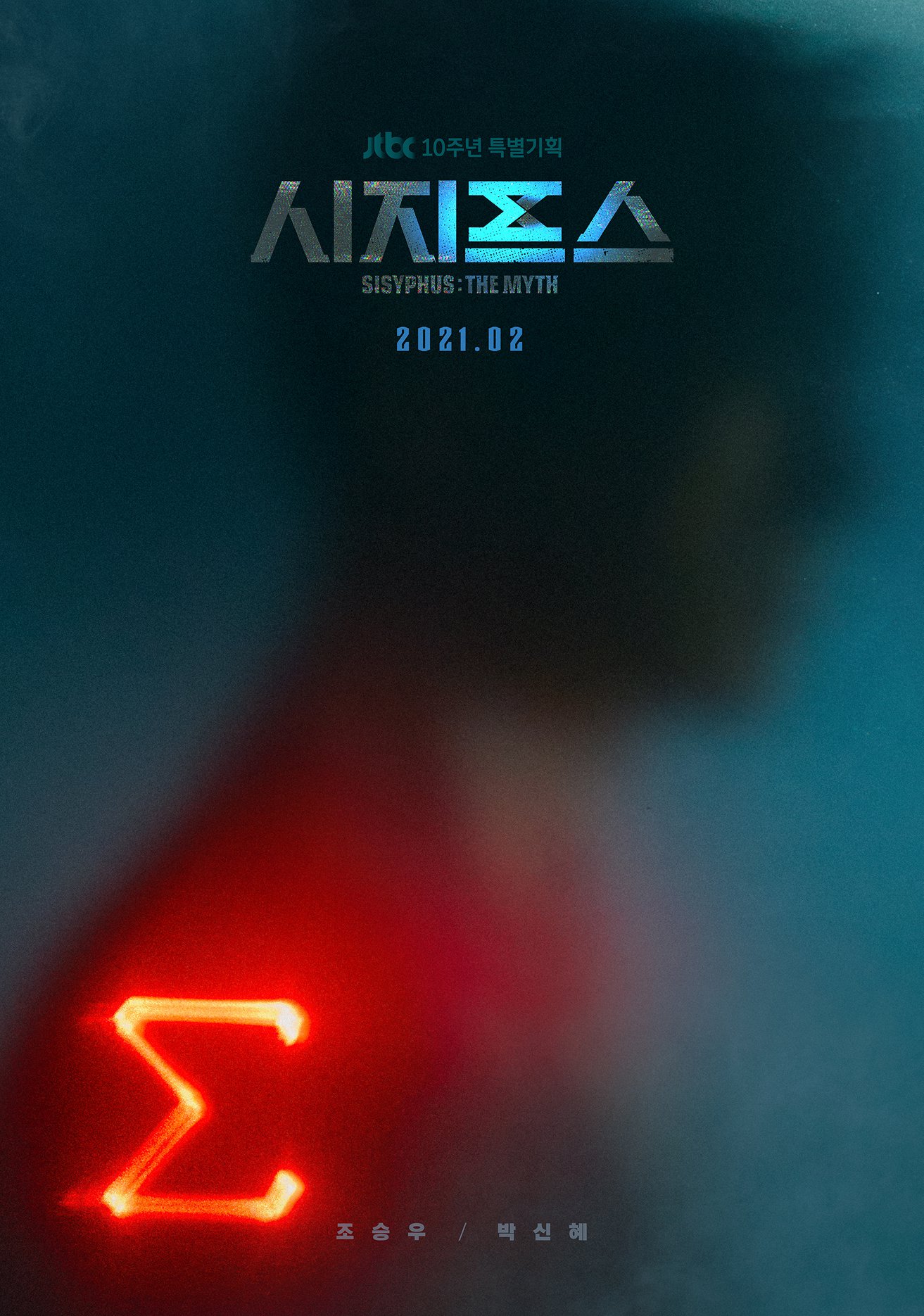 Another interesting point viewers can look forward to in the upcoming drama is the glowing red sigma symbol that appears on all three of the characters. Viewers can tune in to the drama while trying to discover what the Greek letter, which is also used as a summation symbol in math, could imply in the drama.

The production team shared, “In ancient Greek, the first letter of Sisyphus is sigma. This also means that sigma represents a core focus to that extent in the world of ‘Sisyphus: The Myth.’ If you look closely, you can also find the same symbol in the drama’s logo,” raising questions about the meaning behind sigma in the drama as well as how the mysterious figure will be connected to Han Tae Sool and Kang Seo Hae.

The drama is helmed by director Jin Hyuk, who previously worked on “The Legend of the Blue Sea,” “Doctor Stranger,” “Master’s Sun,” and more. It’s penned by the writer couple Lee Jae In and Jeon Chan Ho. “Sisyphus: The Myth” will premiere in February following the conclusion of “Run On.” Check out a teaser for the drama here!

In the meantime, watch Park Shin Hye in the reality show “Little House in the Forest” below:

Watch Cho Seung Woo in the film “Inside Men“: