Jo Byeong Gyu is facing a dangerous crisis in the upcoming episode of OCN’s “The Uncanny Counter”!

In episode 10, So Moon (Jo Byeong Gyu) lost his counter powers despite his desperate pleas to the spirit Wigen (Moon Sook). While So Moon fights to get his powers back, he ends up getting kidnapped by mysterious thugs.

In the new stills, So Moon is tied up and bloody in a dark garage, with Ji Chung Sin (Lee Hong Nae) and Baek Hyang Hee (Ok Ja Yeon) having him cornered. Do Ha Na (Kim Sejeong), Choo Mae Ok (Yeom Hye Ran), and Ga Mo Tak (Yoo Joon Sang) attempt a rescue, but end up collapsed on the burning floor as Ji Chung Sin summons more demons to his aid. Although he is in a desperate situation, So Moon glares back at the thugs with a confident expression, hinting that he might be able to turn the tables. 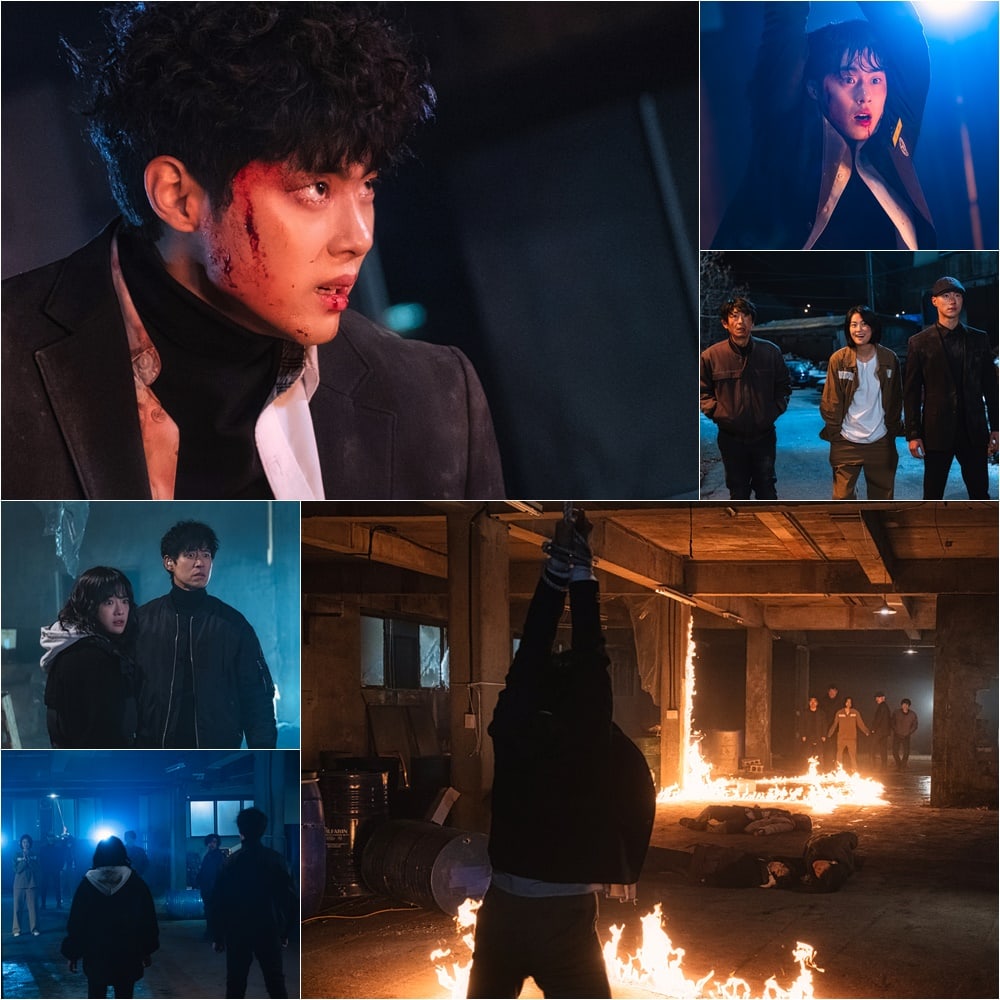 In another set of stills, Ga Mo Tak and So Moon have a tense meeting, with Ga Mo Tak unusually dressed in a formal suit. Ga Mo Tak pauses outside of the noodle restaurant, unable to go in and seemingly lost in thought, and looks at So Moon with a sympathetic expression. Despite having tears in his eyes, he tries to smile so as to reassure So Moon. 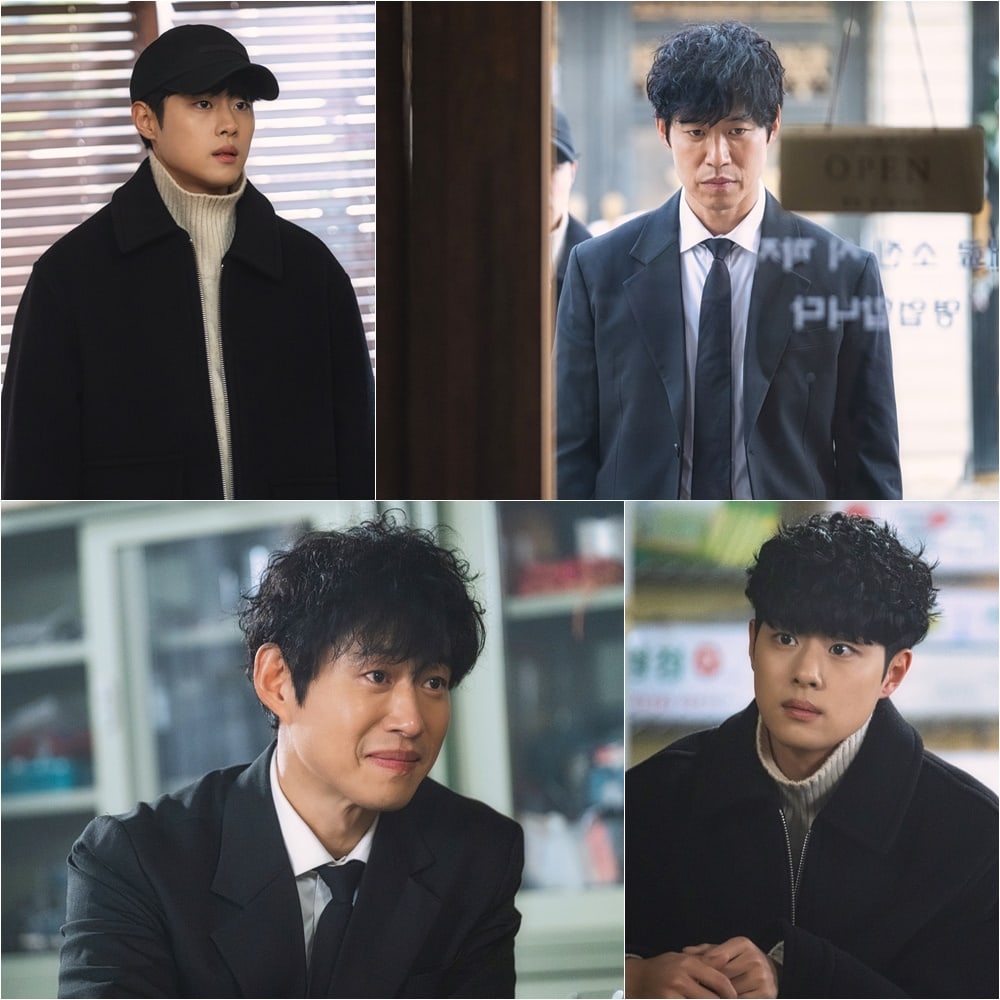 Check out Yoo Joon Sang in “Liver or Die” below!