On the latest episode of “Yoo Hee Yeol’s Sketchbook,” singer-songwriter NIve dished on how he wound up making music with BTS’s V!

NIve appeared as a guest on the January 8 broadcast of the KBS 2TV music talk show, where host Yoo Hee Yeol brought up his impressive track record as a producer. “You’ve worked with artists like HYNN, Paul Kim, EXO, Sam Kim, Park Bo Gum, and BTS as well,” pointed out Yoo Hee Yeol. “How did you end up working with BTS?”

NIve, who co-wrote and co-produced BTS’s hit B-side “Blue & Grey” (from their latest album “BE“) together with V, explained that they had connected through their mutual friend Paul Kim. 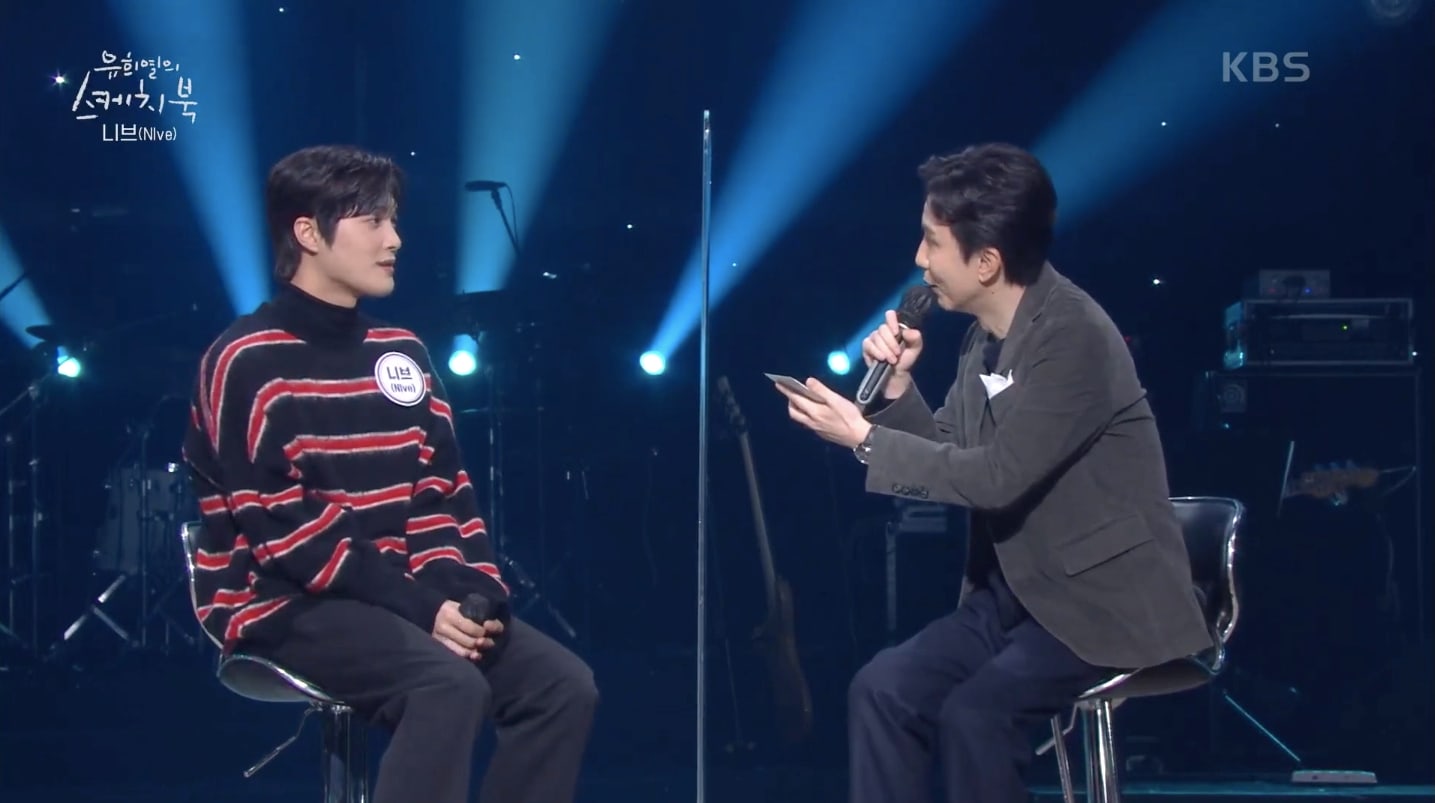 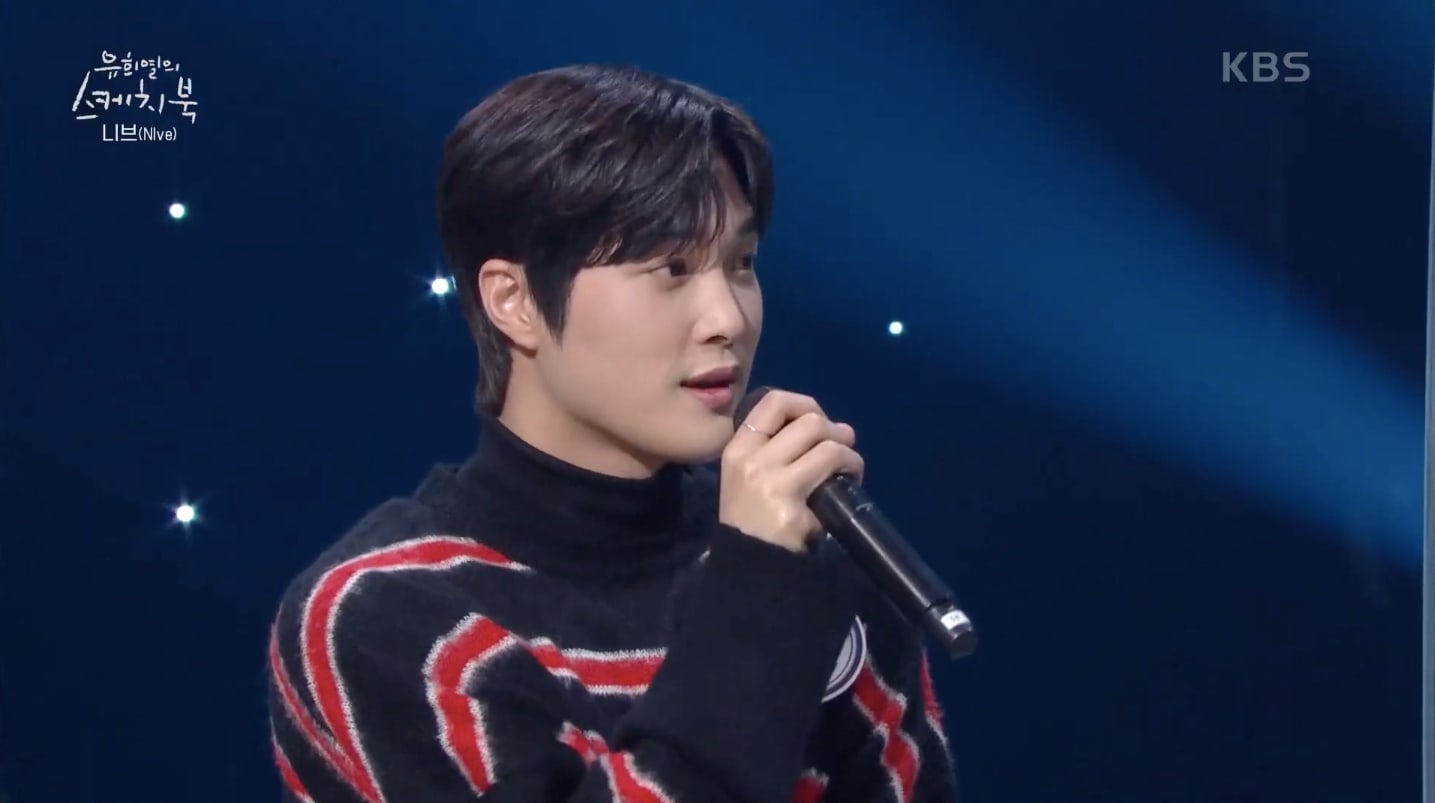 “We ended up working on the song together by chance,” said NIve, who is credited on BTS’s album under his given name Park Ji Soo. “I wrote the music and lyrics for Paul Kim’s song ‘The Reason for My Spring,’ and I think Paul Kim played that song for BTS’s V. After Taehyung, or V, heard the song, he said, ‘I really want to meet the person who wrote this song, no matter what.'”

“So we wound up meeting for the first time,” he recalled, “and because we had good chemistry musically, we wrote a bunch of songs together after that. One of those songs ended up making it onto BTS’s album. It’s a song called ‘Blue & Grey.'”

Yoo Hee Yeol enviously remarked with a laugh, “I want to have good chemistry with V too.” 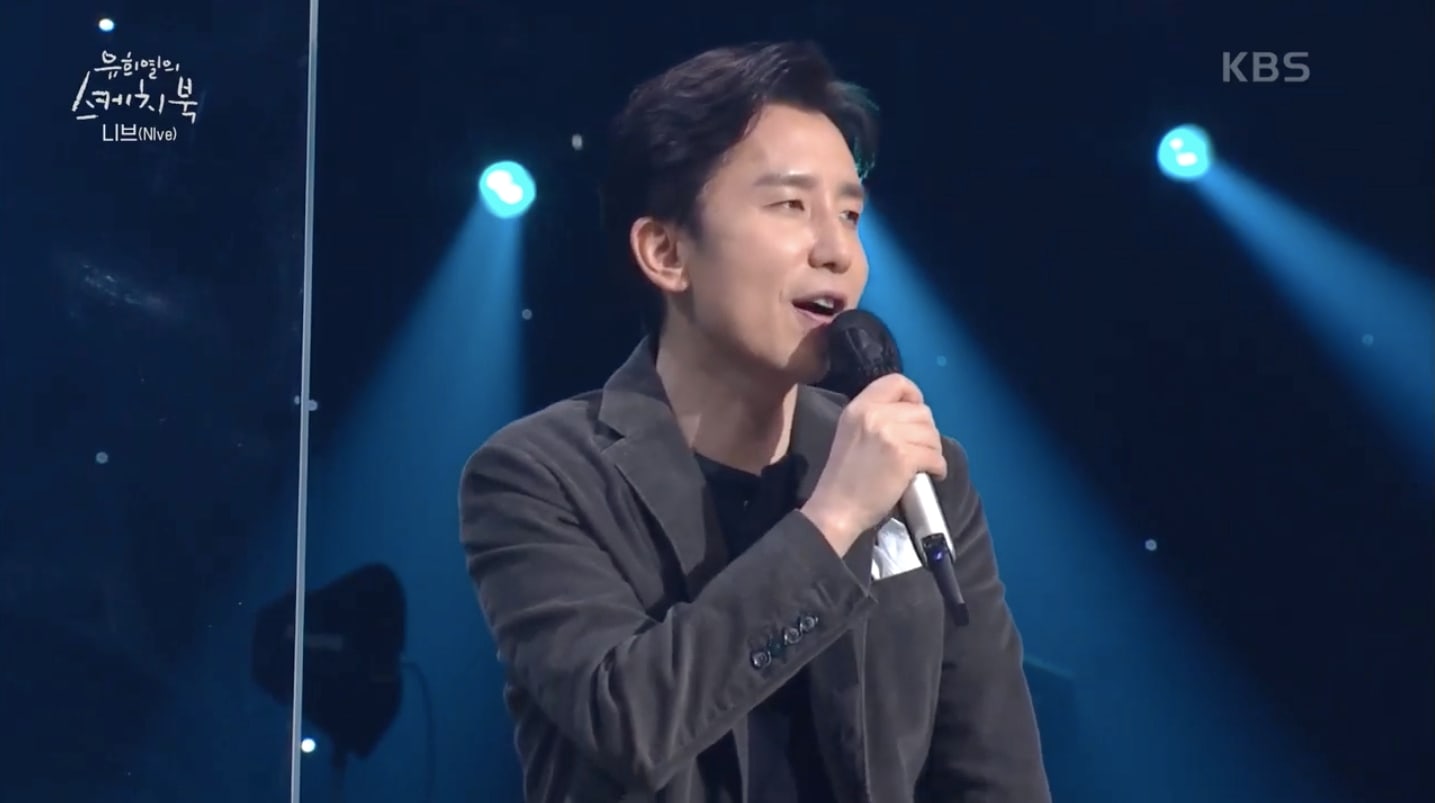 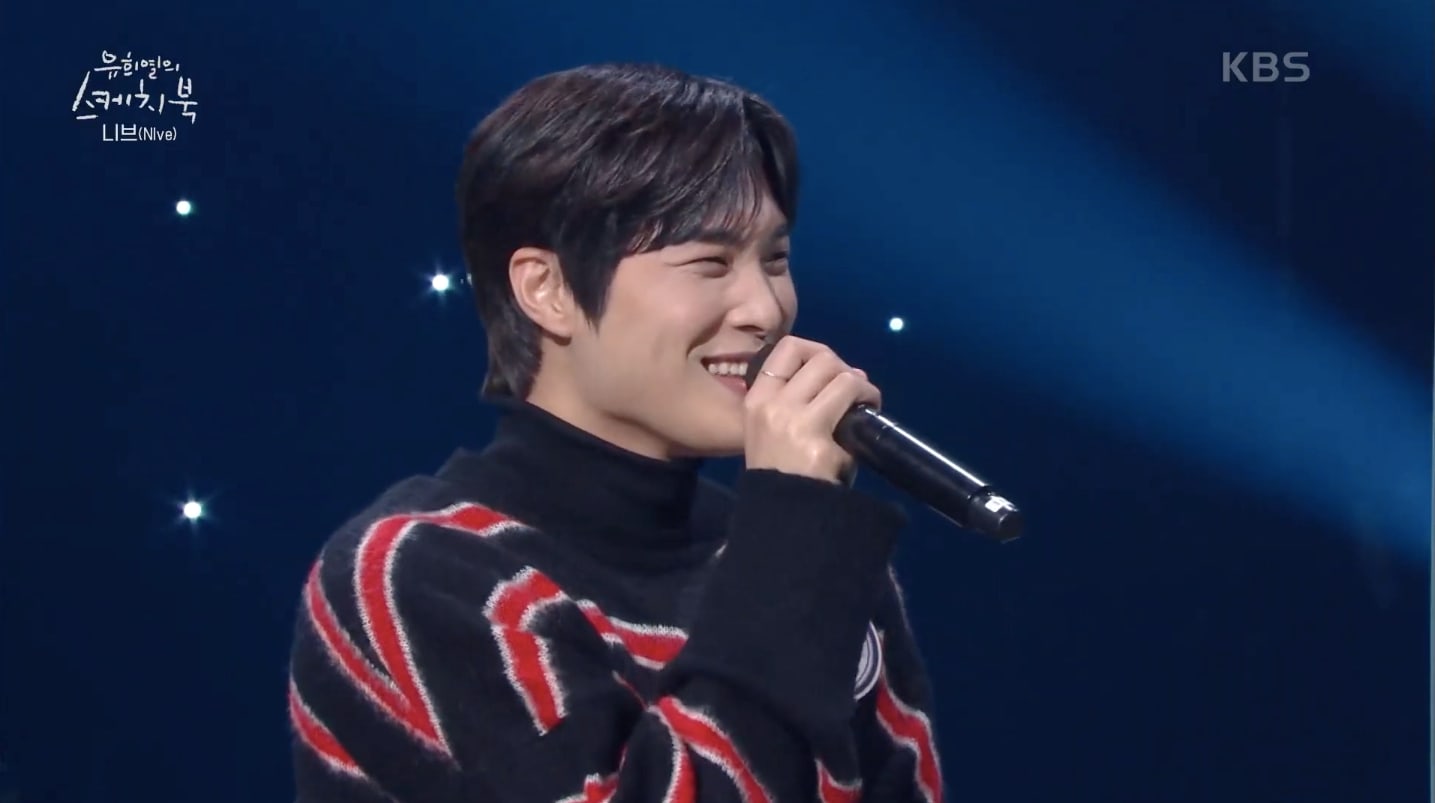 Yoo Hee Yeol went on to bring up the success of “Blue & Grey,” which debuted at No. 2 on Billboard’s U.S. Digital Song Sales chart and remained in the top 10 for two consecutive weeks.

When he asked NIve to sing a little bit of “Blue & Grey” in his own voice, the artist humbly replied, “I thought you might ask that, and I’d never sung the song live before, so I practiced singing it [before I came here today]. And it turned out to be really hard to sing. While I was practicing the song, I thought to myself, ‘Wow, [the BTS members] really did an amazing job singing this song during recording.'”

Check out the clip of NIve’s live rendition of “Blue & Grey” below!

BTS
Yoo Hee Yeol's Sketchbook
V
How does this article make you feel?