Week after week, Namgoong Min is blowing viewers away with his powerful acting in tvN’s “Awaken”!

“Awaken” is a murder mystery drama that follows the connections between mysterious events unfolding in the present and the secrets behind an enigmatic incident that took place in a village 28 years ago. Namgoong Min stars in the drama as Do Jung Woo, the eccentric but brilliant team leader of a special task force at the National Police Agency, while AOA‘s Seolhyun plays hot-blooded police officer Gong Hye Won and Lee Chung Ah plays cool-headed FBI agent Jamie.

Here are five of the most memorable scenes in which Namgoong Min’s acting gave viewers goosebumps:

1. Shattering the mirror in Jamie’s bathroom

In Episode 4, Do Jung Woo had an intense physical response to Jamie’s confession that she, like him, was from the White Night Village—and that she was suspicious of the “monster” who rescued her. After escaping to the bathroom, he began sweating and trembling violently as the lights flickered around him, with the mirror ultimately cracking under the unseen force he was emitting.

The powerful scene was brought to life by the strength of Namgoong Min’s detailed performance: his convincing shudders and even the bulging of his veins made the supernatural moment seem completely realistic.

2. Threatening Son Min Ho in the woods with a twig 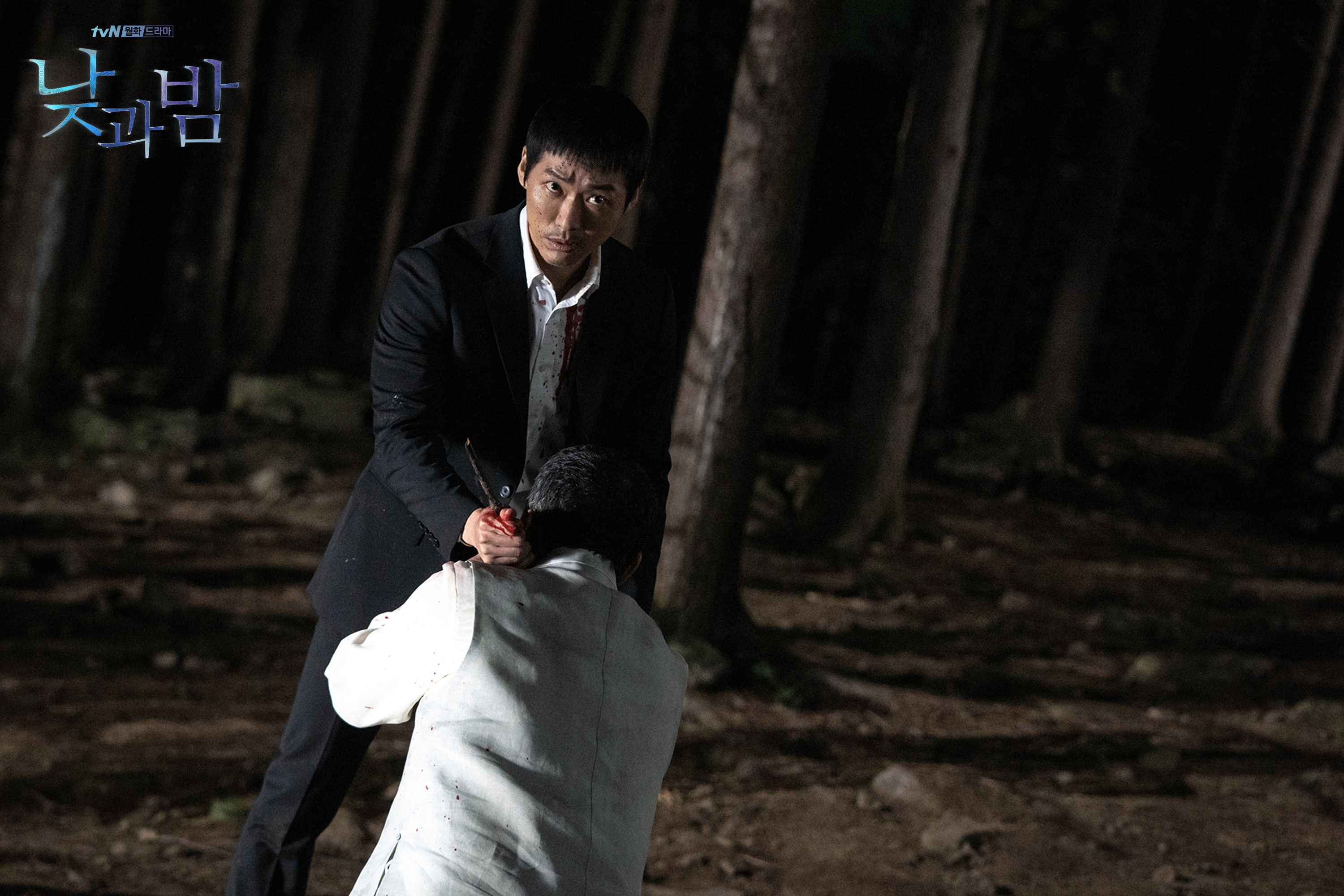 In Episode 6, Do Jung Woo shocked viewers by pretending to be the serial killer that the entire nation had been searching for. In order to dig up the secrets of the White Night Foundation, Do Jung Woo successfully cornered Son Min Ho (played by Choi Jin Ho) and threatened him in a chilling scene that had viewers on the edge of their seats.

The cold, utterly terrifying way in which he approached Son Min Ho—and the remorseless expression on his blood-spattered face as he later attacked him—had viewers gaping at a new, entirely unexpected side to Namgoong Min’s character.

3. Revealing his superhuman strength during the prison fight scene

The true extent of Do Jung Woo’s superhuman strength finally came to light in Episode 6, when he easily defended himself against a fellow prisoner who came to his cell to attack him. Namgoong Min skillfully pulled off the action scene with strong, yet seemingly relaxed movements that emphasized Do Jung Woo’s surprising strength and power. His cold, stoic facial expressions throughout the scene also highlighted just how easy the fight was for Do Jung Woo.

In an unforgettable moment, Namgoong Min capped off the fight scene with a chilling smile that seemed to hint at madness as he closed the cell door on his would-be attacker.

4. His dramatic escape from the car crash on the highway

At the end of Episode 10, Do Jung Woo attempted to locate the White Night Foundation’s secret laboratory by following the trail of the orphaned children who were being taken there. However, the dark forces behind the foundation were already onto him, and a truck crashed into his car on his way to the lab.

Gong Hye Won, who was also tailing her own father, spotted the crash and came to Do Jung Woo’s rescue—but as she attempted to ward off the goons who were after him, Do Jung Woo surprised everyone by using his strength to push aside the truck and emerge from the crash relatively unscathed. The murderous look in his eyes as he picked up a nearby gun ended the episode on a suspenseful cliffhanger.

5. His long-awaited reunion with the third child from the White Night Village

The mixed emotions displayed by Do Jung Woo at finally learning the identity of the mysterious third child—excitement, relief, rage—could all be felt at once, leaving viewers dying to know what would happen next as the trio faced each other again in the same spot from that dark night 28 years ago.

“Awaken” airs on Mondays and Tuesdays at 9 p.m. KST.