Starring (G)I-DLE’s Miyeon, Kim Min Chul, SF9’s Hwiyoung, Choi Ji Soo, and Marco, “Replay” is a relatable romance drama about a group of inexperienced 18-year-olds chasing after love and dreams during the most awkward and uncertain time of their lives.

The new teaser begins with Yoo Ha Young (Miyeon) asking Gong Chan Young (Kim Min Chul), “Do you like me?” Visibly flustered, Gong Chan Young ponders in a voice-over, “When did I start to like you?”

The video then cuts to the teacher introducing Gong Chan Young to the class as a new student. He sits next to Lee Ji Hoon (Hwiyoung) and greets him, but Lee Ji Hoon responds in an unfriendly manner.

As members of a band at school, Yoo Ha Young, Lee Ji Hoon, Im Seo Eun (Choi Ji Soo), and Shim Tae Young (Marco) await their new keyboard player, who turns out to be none other than Gong Chan Young. A love triangle is formed as Yoo Ha Young starts to spend more time with Gong Chan Young and Lee Ji Hoon grows conscious of the relationship between the two.

Check out the full teaser with English subtitles below!

The drama also shared its main poster of the five main characters, as shown below. 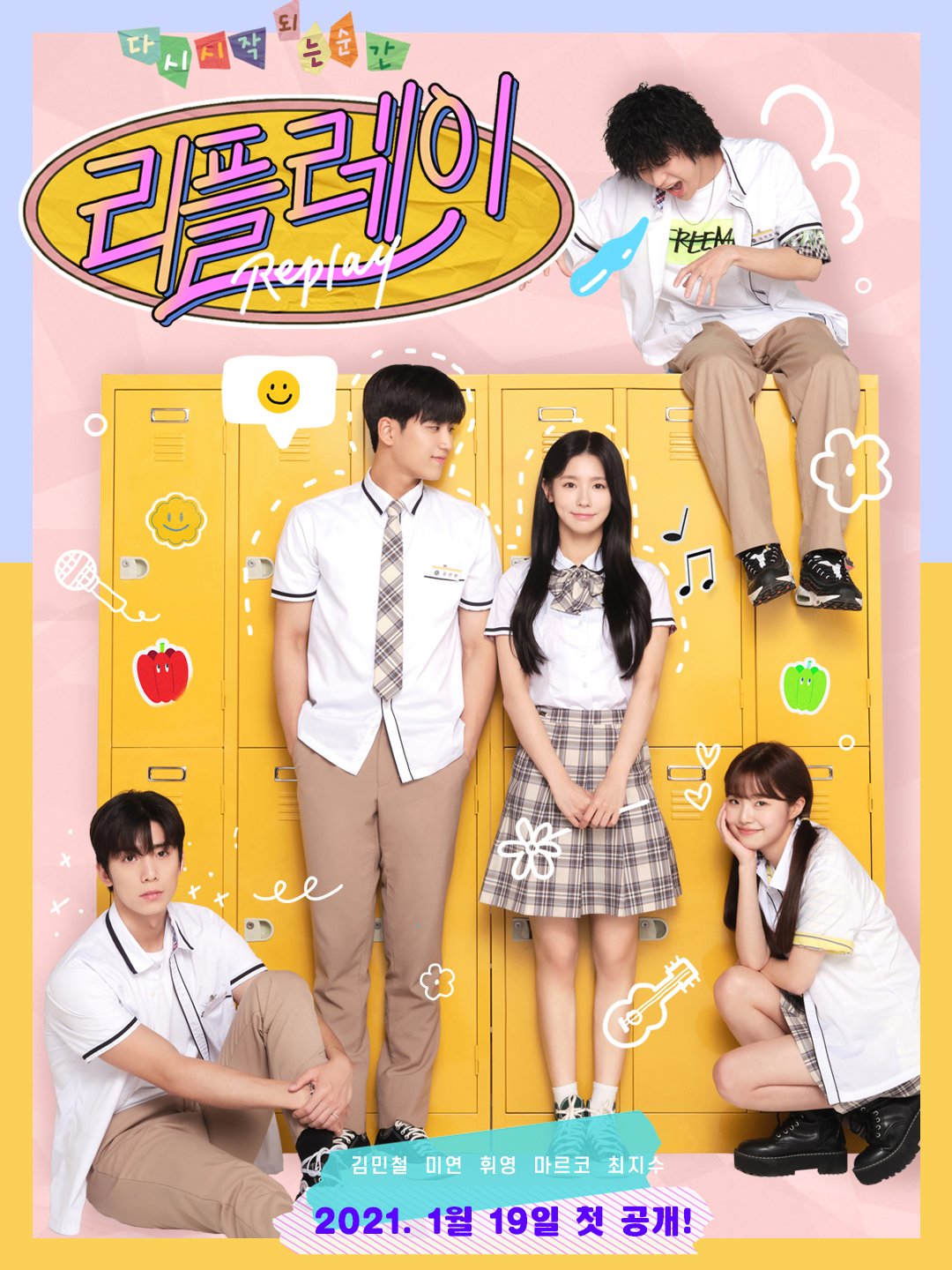 “Replay” will premiere on Korean streaming platforms like Seezn and Wavve and U+MobileTV on January 19. Episodes will later be uploaded to the LIKE THAT YouTube channel on Tuesdays and Fridays at 7 p.m. KST starting on January 26.