JTBC’s “Run On” has revealed more behind-the-scenes looks at the drama!

“Run On” tells the story of people trying to connect with each other in their own languages after having lived in different worlds and at different paces. Im Siwan stars as Ki Sun Kyum, a former track and field athlete who retires after a life-changing event, while Shin Se Kyung plays Oh Mi Joo, an adventurous foreign film translator.

In one video, which gives viewers a glimpse at what went on behind the scenes of the seventh episode, Im Siwan and Shin Se Kyung trade jokes back and forth as they rehearse for their scenes. Im Siwan practices entering the house holding a jar of honey with the label turned outwards as if he’s filming an advertisement, making both of them laugh. 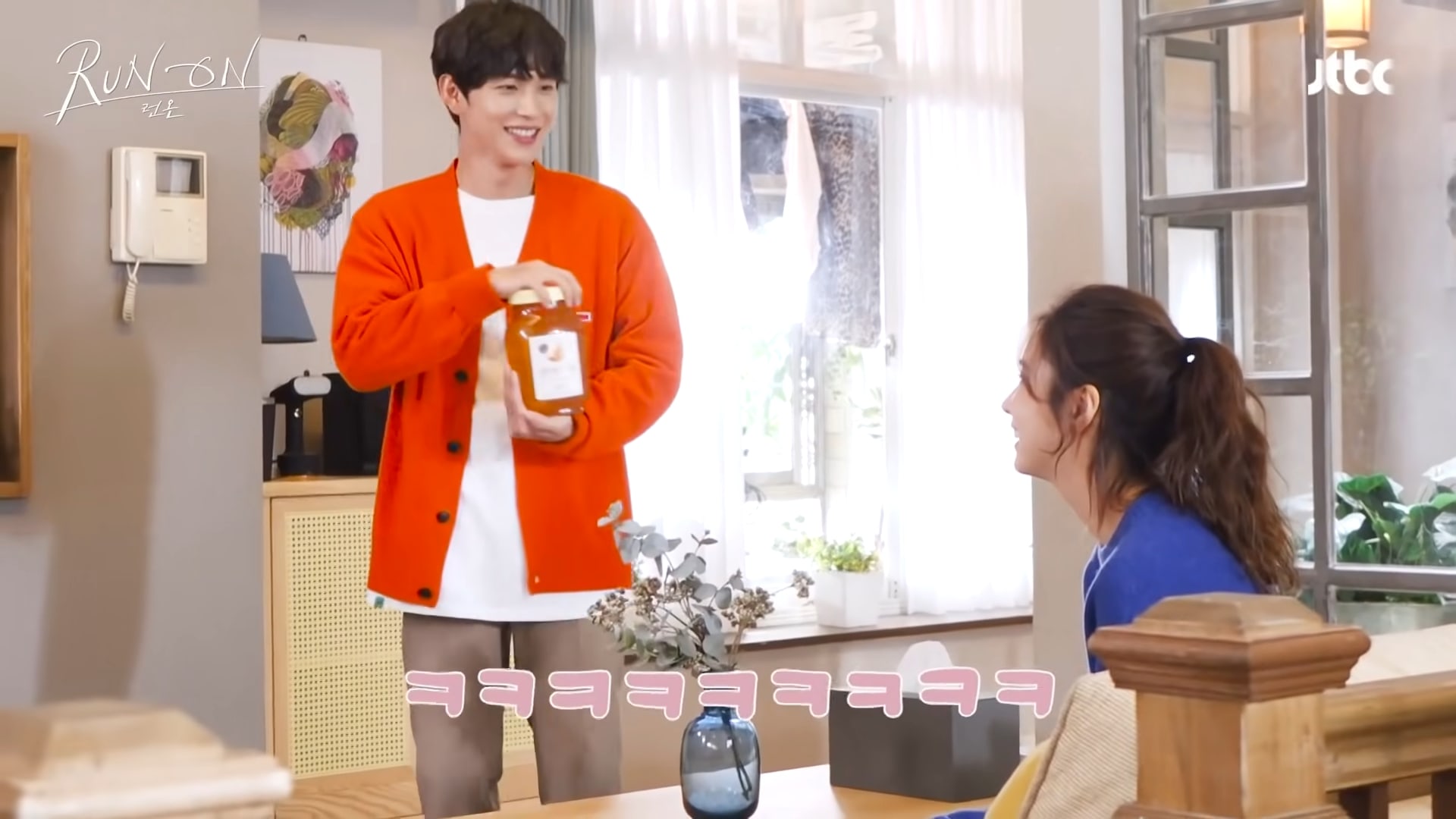 In the following clips, the two actors work together to coordinate their actions during their scenes and are later joined by Lee Bong Ryeon for a tense scene in which Shin Se Kyung speaks curtly to Im Siwan and shuts the door in his face. After completing the scene, Lee Bong Ryeon gestures to the door and says, “See,” and ducks her head to hide a laugh as Im Siwan says, “I was right, wasn’t I?”

Im Siwan and Shin Se Kyung then move outside to discuss their lines before filming begins. Although the scene begins smoothly, Im Siwan says the wrong line, making Shin Se Kyung break into a smile as she points out his mistake. The pair begin filming once again and this time deliver all of their lines perfectly. 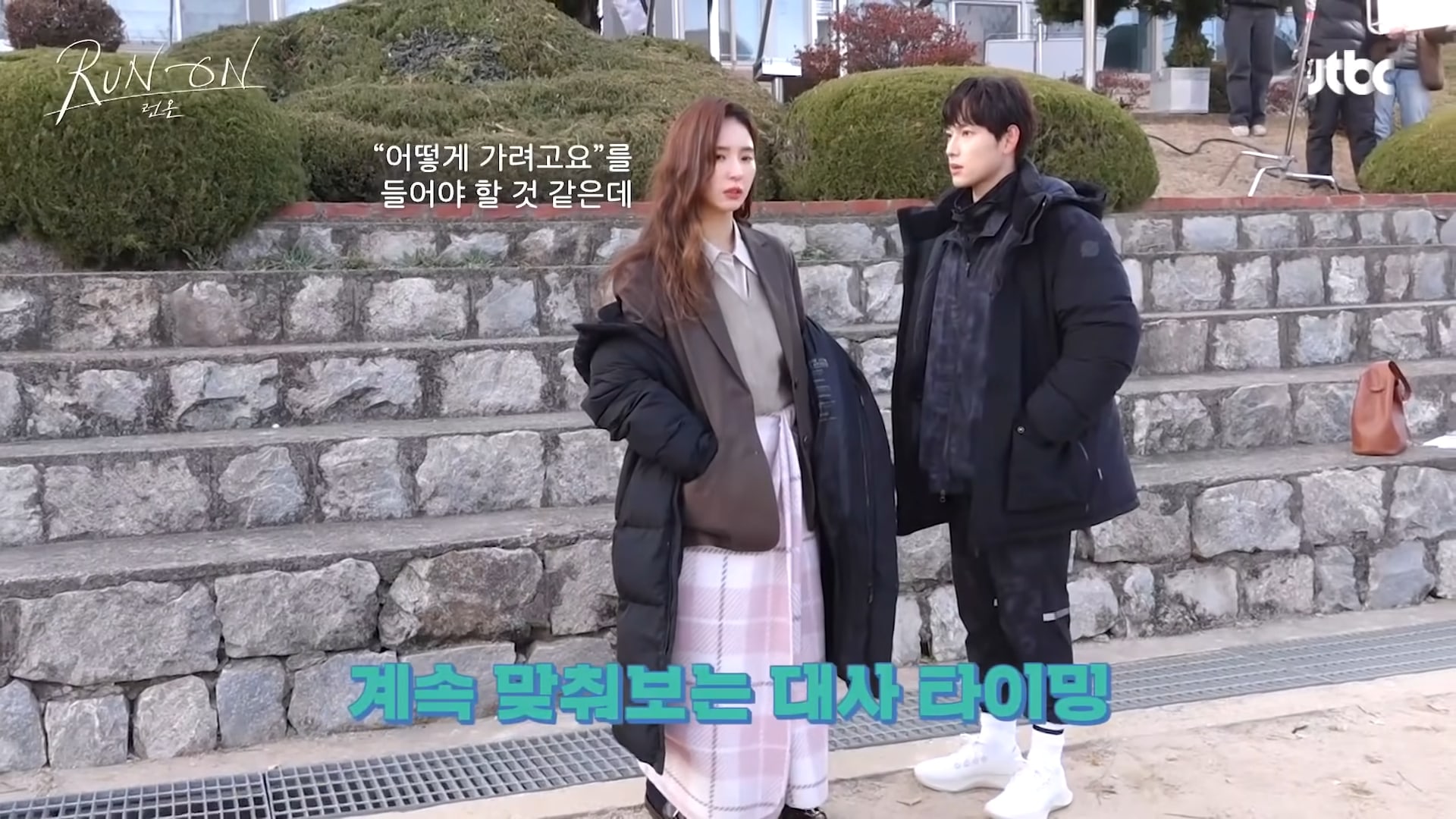 Another behind-the-scenes video features a talk between Im Siwan and Shin Se Kyung in which they share stories about filming on Jeju Island. Im Siwan mentions that the weather on the island helped them out during filming, and Shin Se Kyung adds, “We thought it would rain.” Im Siwan then tells a story about a scene they filmed on the beach that was supposed to be sentimental, but the wind was so strong that their hair just blew in their faces.

After discussing the various foods that they ate, Im Siwan confessed that they ate much more than planned during the scene. He also mentions a bakery that he enjoyed, but Shin Se Kyung asks him why he didn’t tell her about it before. They continue to share stories about food, and Im Siwan describes a bowl of noodles with conches in it that looked like wireless earbuds, making Shin Se Kyung chuckle in amusement. 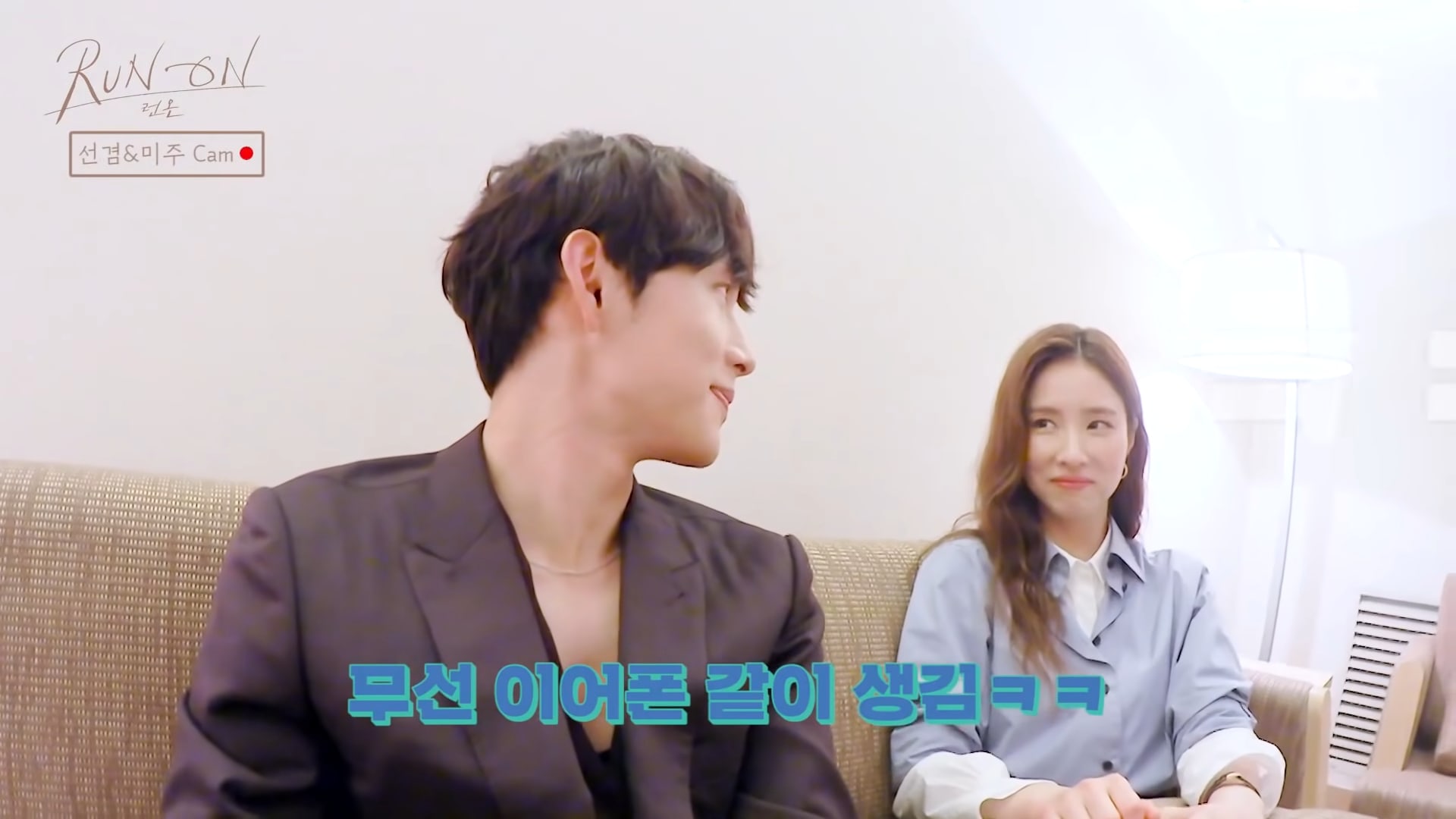 When asked about what scenes on the island they thought were beautiful, Im Siwan jokingly answers, “Mi Joo,” which is Shin Se Kyung’s character. Shin Se Kyung also brings up the scene in which Im Siwan’s character asks her character if she likes him as one that she found heart-fluttering. This leads to a discussion of other memorable scenes, such as when their characters shook hands for the first time.

Im Siwan concludes their discussion by talking about how cool he finds Shin Se Kyung’s character when she does her work as an interpreter. Speaking as his character Ki Sun Kyum, he says, “Especially that time when the interviewer wasn’t interested in me, you brought that up during the interview, right?” Speaking as Oh Mi Joo, Shin Se Kyung replies, “Of course, you’re my precious interviewee.” Ki Sun Kyum adds offhandedly that although he pretended he couldn’t understand, he actually understood everything, to which Shin Se Kyung says, “Yeah, sure.” The two actors conclude their talk by asking for viewers’ continued interest in the drama.

Watch the making-of videos below!

“Run On” airs every Wednesday and Thursday at 9 p.m. KST.

In the meantime, watch Im Siwan in “The King Loves” below: