Previously on “Homemade Love Story,” Lee Bit Chae Woon said yes Woo Jae Hee’s romantic marriage proposal. But due to the various issues in her life currently, she hesitated about having the marriage soon. Lee Soon Jung, the mother who raised her, gave Lee Bit Chae Woon advice about relationships and helped her make up her mind to get married sooner rather than later.

In the new stills, Lee Bit Chae Woon and Woo Jae Hee are announcing their marriage to the Samkwang Villa family. Lee Soon Jung and Woo Jung Hoo (Jung Bo Suk) happily congratulate the pair, bringing tears to Lee Bit Chae Woon’s eyes. The engaged couple are the first official couple of Samkwang Villa, and the unofficial couples played by Kim Sun Young and In Gyo Jin as well as Ryeo Woon and Kim Si Eun will also pick up the pace of their relationships. 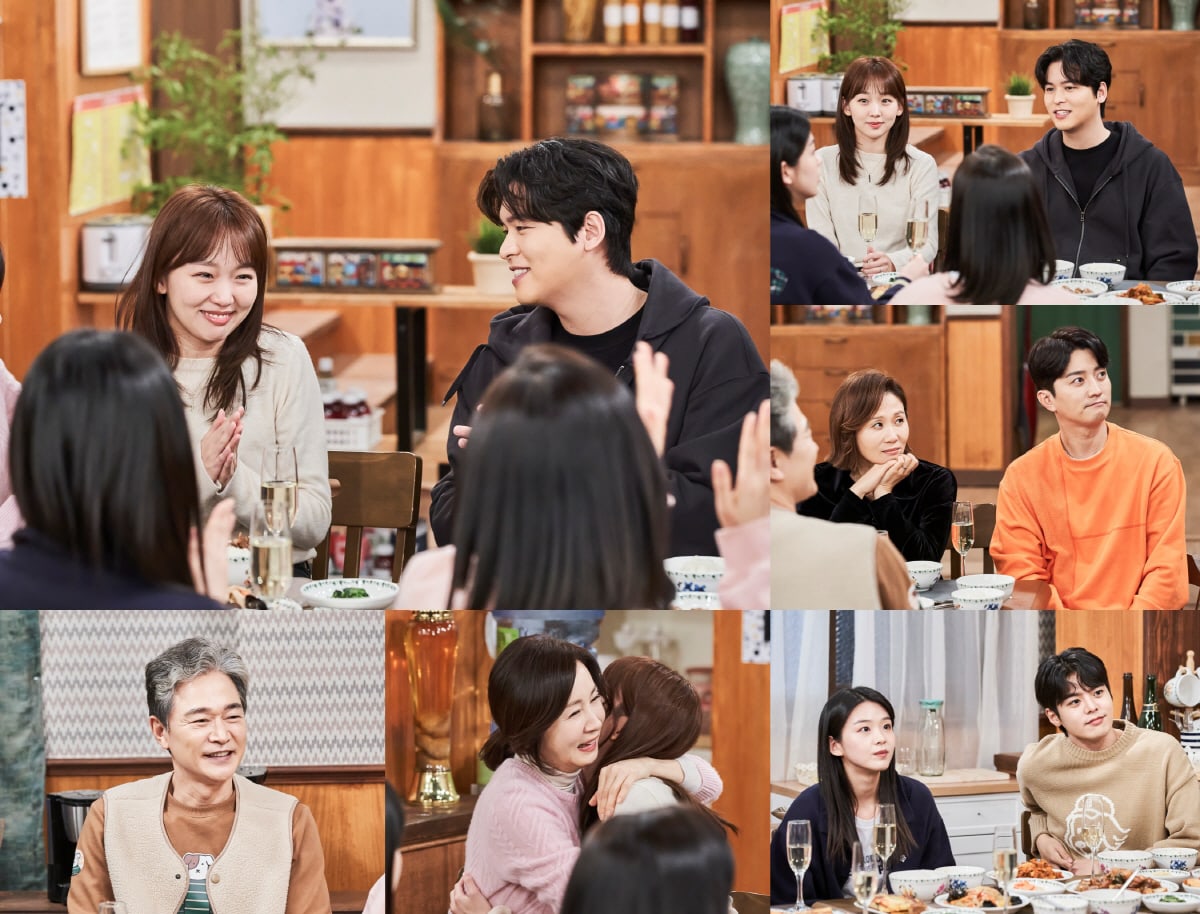 The drama’s production team revealed that an unexpected obstacle will appear in front of the Lee Bit Chae Woon and Woo Jae Hee couple in the upcoming episode. Who will speak up against the marriage that’s being showered with blessings, and how will the stories of the two unofficial couples develop?

Watch the drama on Viki with English subtitles here: