KBS 2TV’s “Cheat on Me If You Can” released new stills of Jo Yeo Jeong and Oh Min Seok!

Currently, Kang Yeo Joo is being watched by her assistant Cha Soo Ho (Kim Young Dae), who was ordered to do so by Ma Dong Kyun (Oh Min Seok), the director of the National Intelligence Service. However, it has yet to be revealed why Ma Dong Kyun is keeping an eye on Kang Yeo Joo. Cha Soo Ho, who had been observing Kang Yeo Joo without knowing the reason, began to search for information about their past after he started to question their relationship.

The ending of episode 10 shocked viewers when a completely different-looking Ma Dong Kyun was present at the shabby office of the publishing house Kang Yeo Joo visited. Normally, Ma Dong Kyun appears on screen with a sharp gaze, a clean-cut suit, and powerful charisma, but he greeted Kang Yeo Joo with a gentle smile in comfortable clothing at the publishing office. 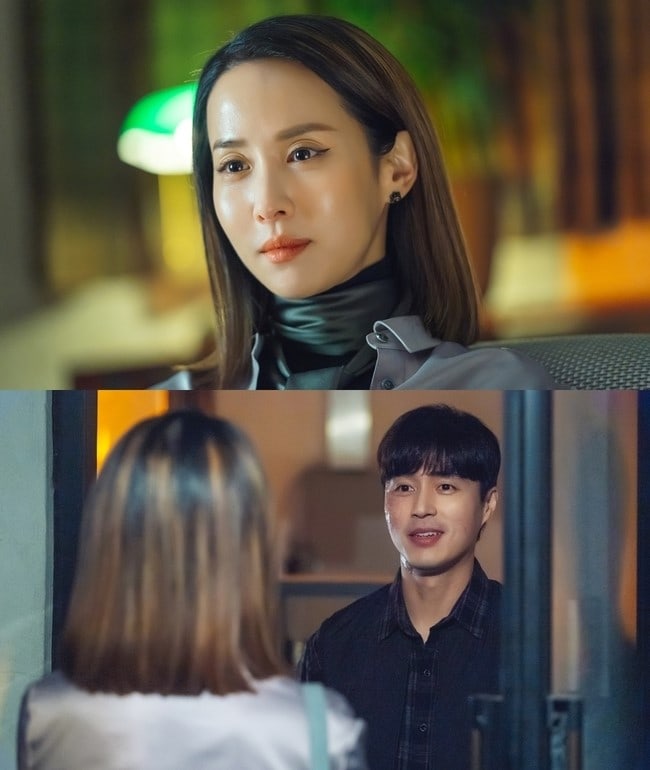 At the Shinho Publishing House office, the two sit facing each other amidst a strange tension. Kang Yeo Joo and Ma Dong Kyun also wear contrasting expressions on their faces. Kang Yeo Joo calmly stares back at Ma Dong Kyun, whose eyes are wide with shock. 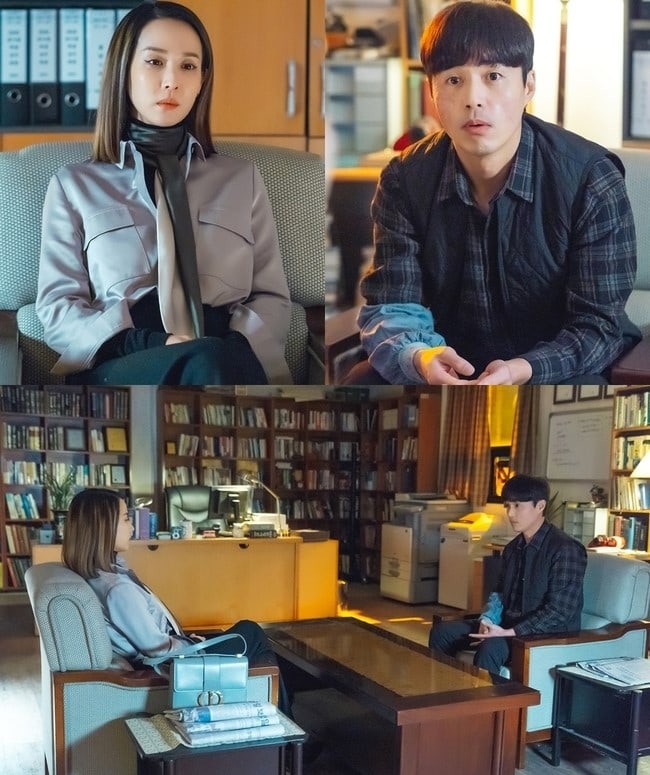 The production team shared, “The hidden past between Kang Yeo Joo and the National Service Intelligence’s Ma Dong Kyun will be revealed. Please look forward to finding out the reason why Yeo Joo has visited the publishing house building where Ma Dong Kyun is at.”

Jo Yeo Jeong
Oh Min Seok
Cheat on Me If You Can
How does this article make you feel?