NCT Members Share Plans For 2021, Talk About Their Achievements, And More

NCT’s Jeno, Doyoung, Jaemin, Mark, Kun, and Sungchan sat down for a recently released interview with Star News about their 2020, what’s coming up in 2021, and more!

NCT won the Daesang (Grand Prize) for Album of the Year with their full-member comeback “RESONANCE” at the 2020 Asia Artist Awards. When asked if this was an extraordinary experience for the group, Mark agreed, as it was the first time they’ve won a Daesang. “It’s an award that all artists dream of, so it was such an honor and we were of course grateful toward our fans,” said Mark.

“Since our debut, I’ve been looking forward to receiving a big award and imagined it a lot too, but I also felt like we suddenly received it,” said Doyoung. “If we had received it somewhere with our fans and fellow singers there, it would have been more meaningful, but we inevitably received it without our fans there and the awarding happened through a pre-recording too. That’s why I thought that it would be good if we could share the grateful feelings with our fans a bit more. It’s a shame that the situation is the way it is right now, but I tried my best to express my gratitude through social media.”

When asked if they’d thought about all they’ve gone through in the years since their debut when they won the award, Jeno replied, “Rather than having a lot of thoughts about difficult things, when we got the award the 23 members of NCT all went up on stage together to receive it and I felt reassured and proud when I thought about how this many people have grown this much. It was great to be able to experience the joy together as 23 members.”

On the topic of the reaction of fans overseas, Doyoung said, “When there’s something to celebrate, our fans overseas create a hashtag and make NCT rise in the realtime trends. When we see that, we can feel that there are many fans who are congratulating us on the award and supporting us.”

Regarding their success with album sales and on overseas charts, Doyoung shared their thanks to fans and Jeno said, “To be honest, I didn’t know that NCT’s ‘million seller‘ would happen this quickly. I thought we would need time, so it feels like it’s happened faster than I expected.”

Describing their 2020, Jaemin shared that he thought the NCT 127, NCT DREAM, and NCT U promotions had gone well. He added that the most memorable part was NCT’s two promotions for “RESONANCE” with 23 members. “We were able to show many different versions of ourselves as various units,” he said.

Kun shared that he felt like he grew a lot as an NCT member and said, “I felt like all the members improved their skills while promoting, and it was an honor to take part in a great project. It was also really fun.” Sungchan said, “As I debuted as an NCT member this year, I learned a lot from the older members and I’m getting to know them gradually as I watch them!” 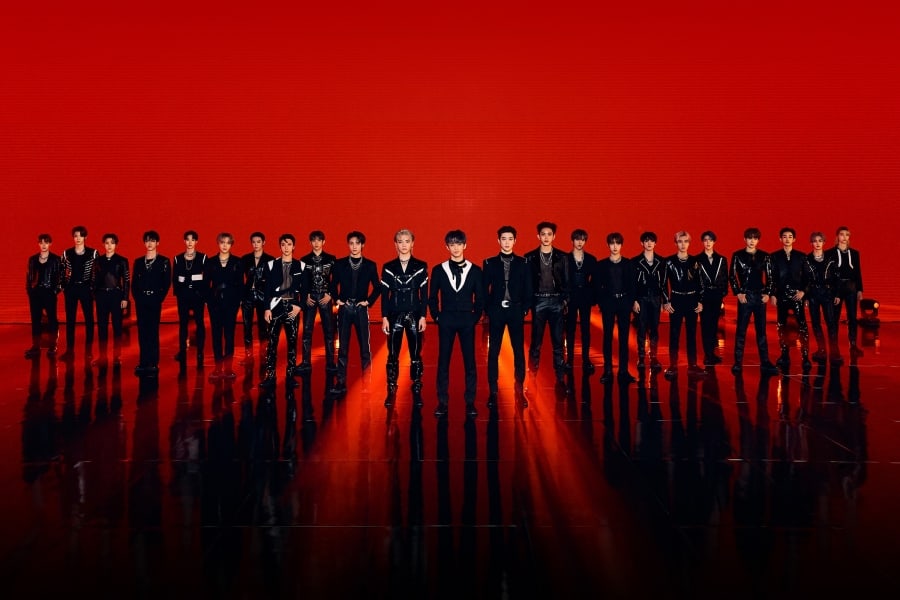 While talking about their teamwork, Jeno commented about how many of them have been training together since they were trainees. He went on to say, “Regarding teamwork, it would be hard to say who is better or worse, but the more we’re together, the greater our synergy becomes. It’s to the point that when there are fewer members, it feels a little awkward.”

Doyoung also commented, “It’s not easy to keep showing something fresh to the public as an idol and as an artist, but we keep up that newness because of the members with new styles who keep joining, and I think with that freshness NCT has become a million seller and keeps building our career. I think that constant newness is part of the team NCT’s image.”

On the topic of their 2021 plans, Mark said, “The members are in different teams so it’ll be different, but you can look forward this year to each unit releasing an album. I also think that there might be various other combinations too. NCT is an organic group that pursues new things each year!”

For their individual and group goals for the year, Mark named world peace. Jaemin shared, “I think that it’d be great if there were many chances this year for us to meet with fans in person,” saying that he wants to soon experience performing and the response from fans again. Doyoung shared, “After we haven’t been able to meet fans, receiving a great award and selling a lot of albums are happy and great things but to be honest, there are times when they seem not as good as meeting fans.”

“We and our agency are aiming to show us through a lot of content on social media,” said Doyoung. “Every day, new content comes out on YouTube.”

When asked if there’s an international stage that they want to perform on in 2021, Doyoung said, “I used to dream of being on stage at the Grammys or Billboard award ceremony, but now I want to go to whatever stage where fans are. Although the Grammys and Billboard are important [of course to us], I want to look at fans and feel how our fans are the people who’ve achieved great results for us.”

Lastly, Sungchan ended the interview by sharing words for fans. “In 2021 as well, a new unit will come out too together with all of NCT’s teams, so please look forward to it and I love you. Thank you,” he said.