Song Kang Shares His Thoughts On Popularity From “Sweet Home,” Most Comfortable Place, And More

Song Kang has graced the cover of Elle’s February issue!

It is the first time the actor has decorated the cover of a fashion magazine since his debut. During the photo shoot, he posed without a hint of nervousness, and he stunned everyone with his striking appearance and chic outfits.

The interview following the photo shoot focused on his success with the Netflix series “Sweet Home.” Concerning all the love and interest he gained from the series, he admitted he is still dazed about all the attention. He showed affection for “Sweet Home,” saying, “I wanted to watch the final version with music, so I purposely didn’t see the edited version. As soon as it was released, I binge-watched it, and it was really good. I watch the series every day.” 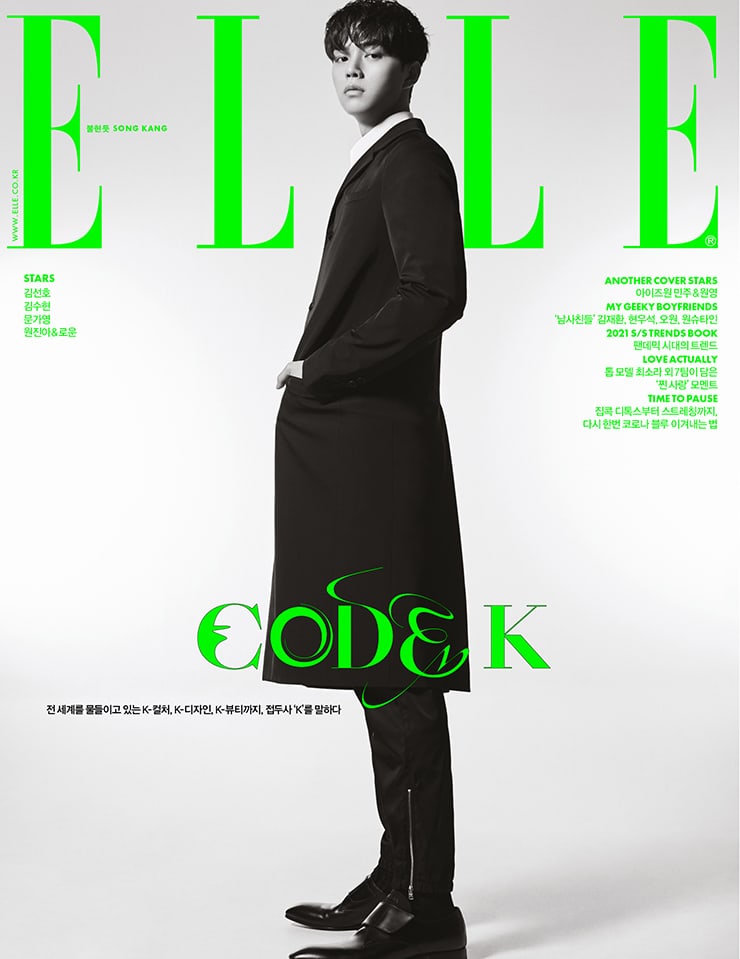 Currently, Song Kang is filming the new tvN drama “Navillera” (literal title). Based on the webtoon of the same name, “Navillera” is about Duk Chool, who begins ballet at the age of 70, and the 23-year-old ballerino Chae Rok who gets lost while chasing his dreams. Song Kang will be playing Chae Rok, who started ballet late but has an extraordinary talent.

Song Kang mentioned drama sets and commented, “I really hope that the set is a fun place for everyone and not just a workplace. When I get close to my co-stars, I often play pranks on them, but when we start filming, I tend to focus so that I won’t cause trouble for anyone.” 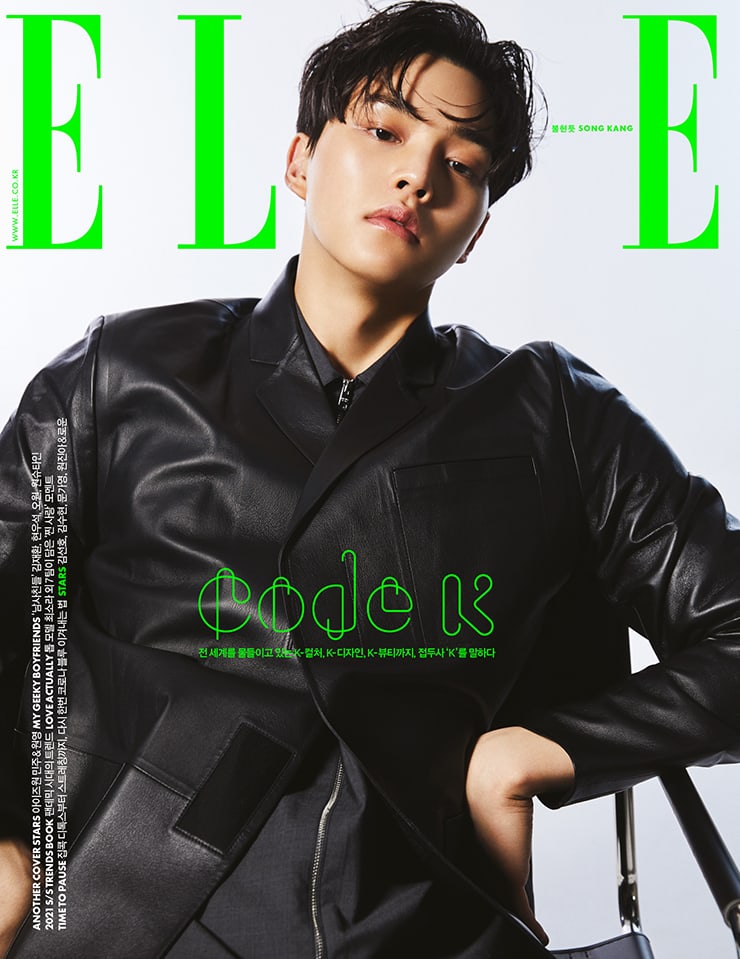 Lastly, the actor was asked about a comfortable place that was like a “sweet home” to him. He replied, “It’s a place surrounded by nature. I think it would be nice to spend time in such a place while reading books and quietly thinking about different things.” 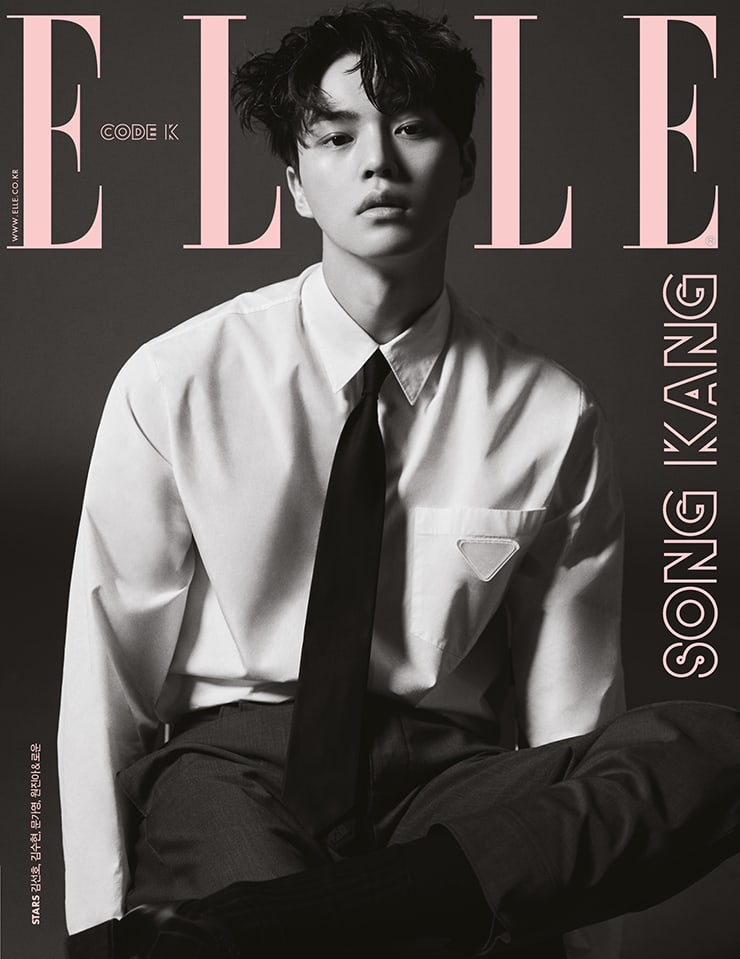 Check out Song Kang’s full pictorial and interview in the February issue of Elle.

Watch Song Kang in “When the Devil Calls Your Name” below:

Elle
Song Kang
How does this article make you feel?