Counters and spirits are teaming up for an epic final battle in “The Uncanny Counter”!

On January 16, OCN released new stills of the cast ahead of its upcoming episode. In the new stills, the spirit Wigen (Moon Sook) speaks to So Moon (Jo Byeong Gyu) about something important, wearing a serious expression. Do Ha Na (Kim Sejeong) looks worried, while Soo Ho (Lee Chan Hyung) and Ki Ran (Kim So Ra) have their own conversations with Choo Mae Ok (Yeom Hye Ran) and Ga Mo Tak (Yoo Joon Sang). 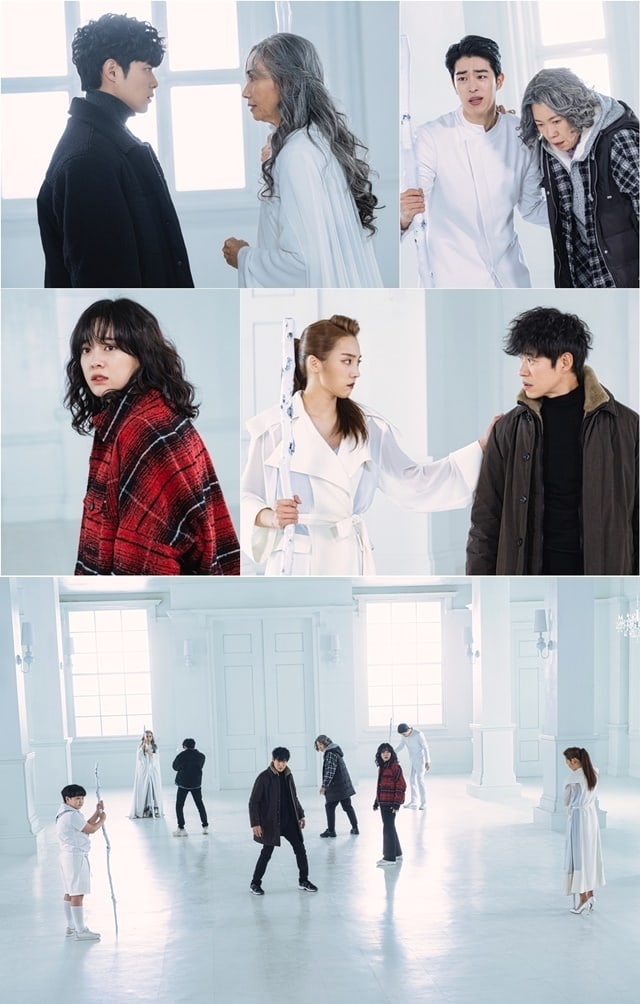 Although these stills imply that the spirits and the counters are working together, OCN also released a teaser image of the two groups facing off against each other in an unknown conflict. The preview for the upcoming episode also hinted that the counters would implement the first step of the only method that will get rid of Ji Chung Sin (Lee Hong Nae).

A source from the production staff stated, “All of the counters will come together for an unforgivign death match with Lee Hong Nae. With one heart and mind, the counters and the spirits come together to cooperate and will create a sense of catharsis for viewers.”

Check out Kim Sejeong in “I Wanna Hear Your Song“: