SHINee’s Minho shared the story of the first time he met Super Junior’s Kim Heechul as a trainee!

On the January 17 episode of SBS’s “My Ugly Duckling,” Minho made a guest appearance as a special MC. During the show, the hosts brought up his labelmate Heechul, whose mom was present in the studio.

When asked if he had joined SM Entertainment after Heechul’s debut in Super Junior, Minho replied, “When I first entered the company, he was filming ‘Sharp.’ That’s when we first met.”

“Back then, he was a celebrity to me,” said Minho, before going on to describe their very first encounter. “It was right before Super Junior debuted, so there was a time when I went to visit the Super Junior members’ dorm. We were all hanging out together, but then it just so happened that Heechul and I were the only two left in the dorm. It was [awkward] because I was close with all of the other Super Junior members back then, but I wasn’t close with Heechul.”

Host Shin Dong Yup remarked that Heechul would have been difficult to approach, commenting, “Back then, Heechul kind of did things on his own, and he was in his own world.” Heechul’s mom enthusiastically agreed, “He was very snippy.” 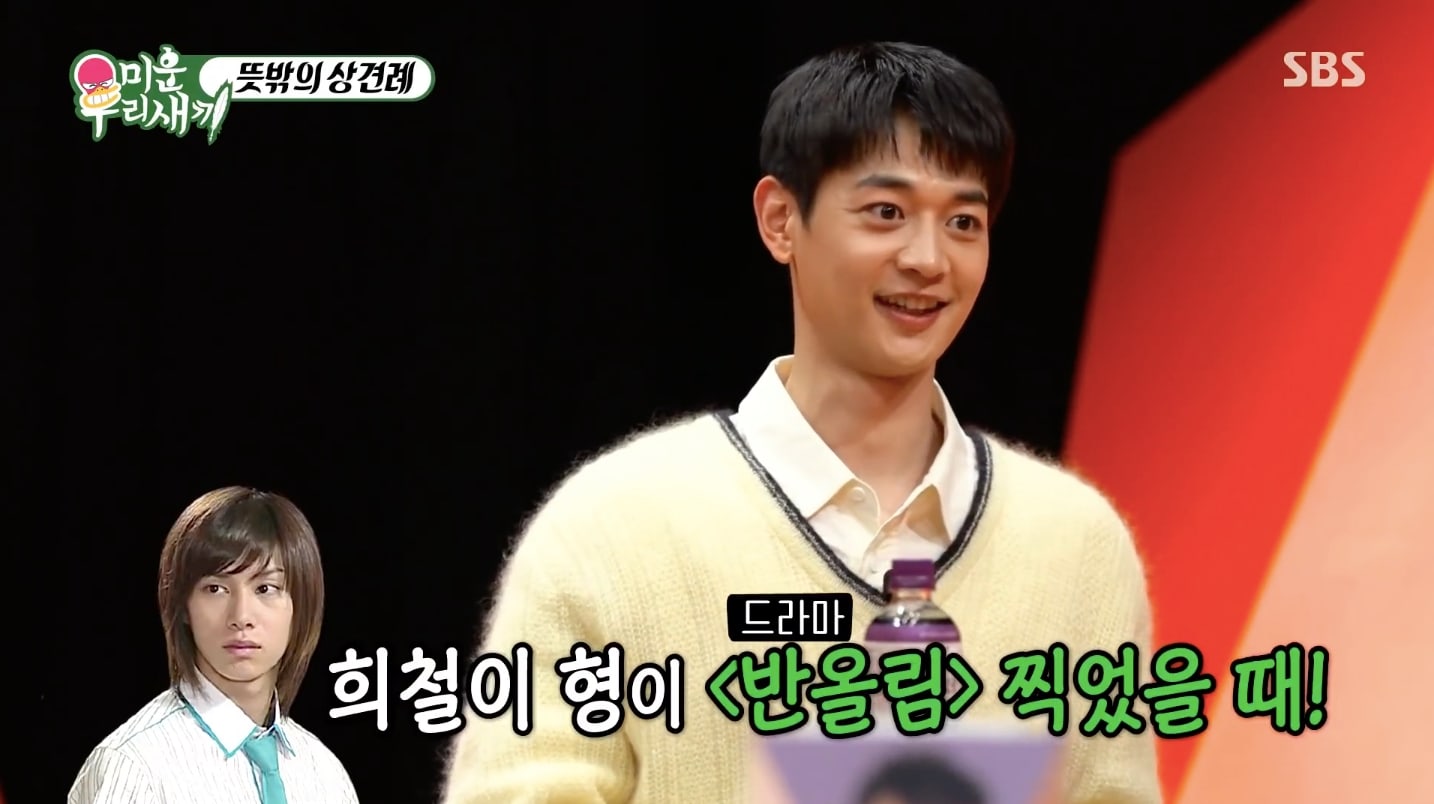 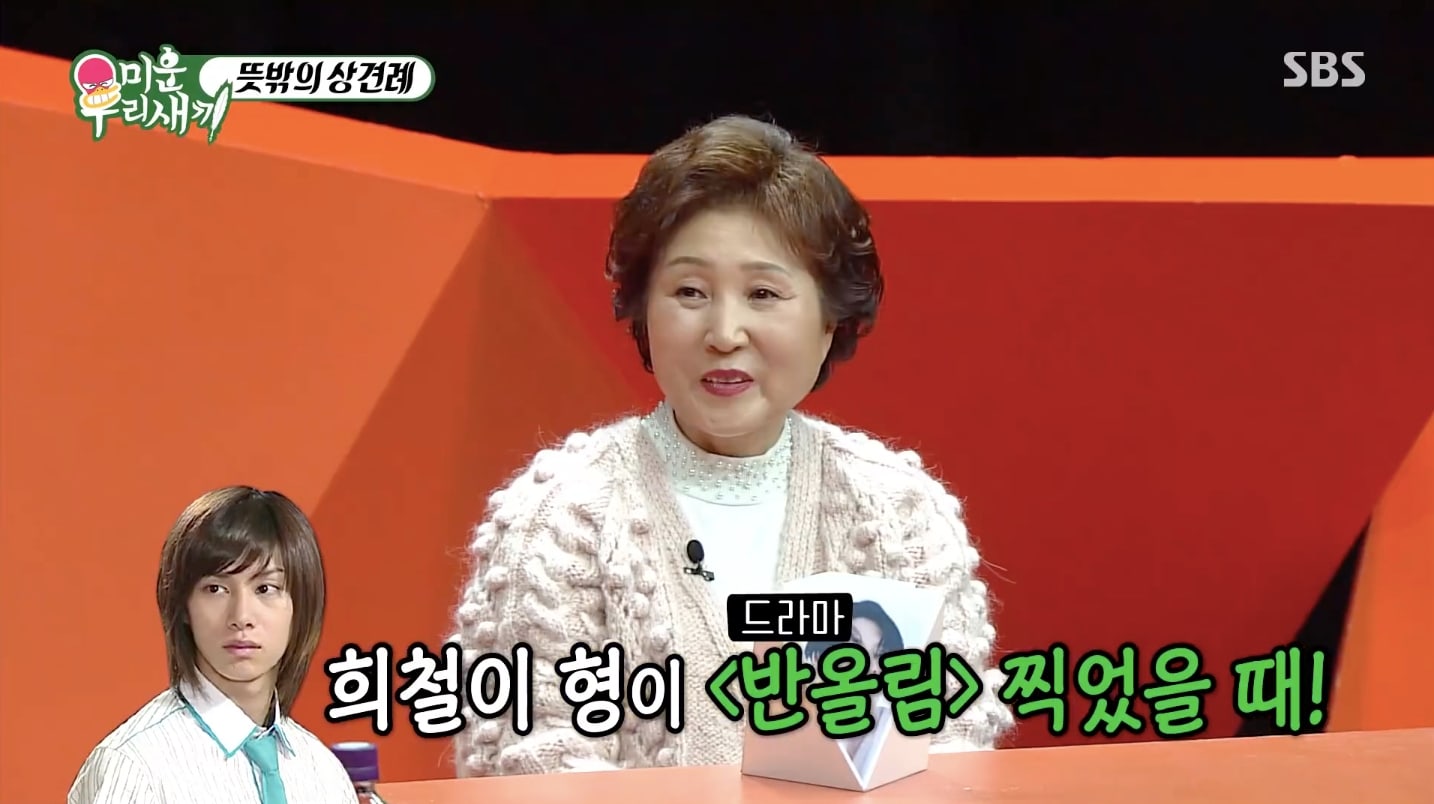 Minho recalled with a laugh that he had been terrified before meeting Heechul, explaining, “What the other [Super Junior members] warned me about the most back then was ‘Don’t go near Heechul’s bed, no matter what. Don’t even go anywhere near it.’ From the moment we entered the dorm, they warned me about that. They also told me, because Heechul had a cat at the time, ‘You must never touch that cat. If you happen to pet it, all his anger may be directed at you, so don’t ever touch it.'”

“After hearing several of these kinds of warnings, we entered the dorm,” he continued, “and then, after everyone was hanging out together, the two of us somehow wound up alone with each other. It was so awkward. I was sweating so much. There was a computer in the living room, and Heechul was playing games on it. I sat there with my back perfectly straight at a 90-degree angle the entire time.”

However, Minho went on, “But fortunately, Heechul started talking to me first. He asked me, ‘Are you a new trainee?’ I said, ‘Yes, it’s been such-and-such time since I joined the company, and I’m currently training with the older members.’ He said, ‘Oh, okay. Work hard,’ and then he went back to just playing his game the entire time. That was the first time we met.”

Shin Dong Yup then pointed out that Heechul had changed a lot since those days, and Minho agreed with an expression of awe, “He’s completely different. He was so scary. But now, he’s become so different that it made me think, ‘Wow, so people really can change like this.’ I didn’t know he’d change so much.” 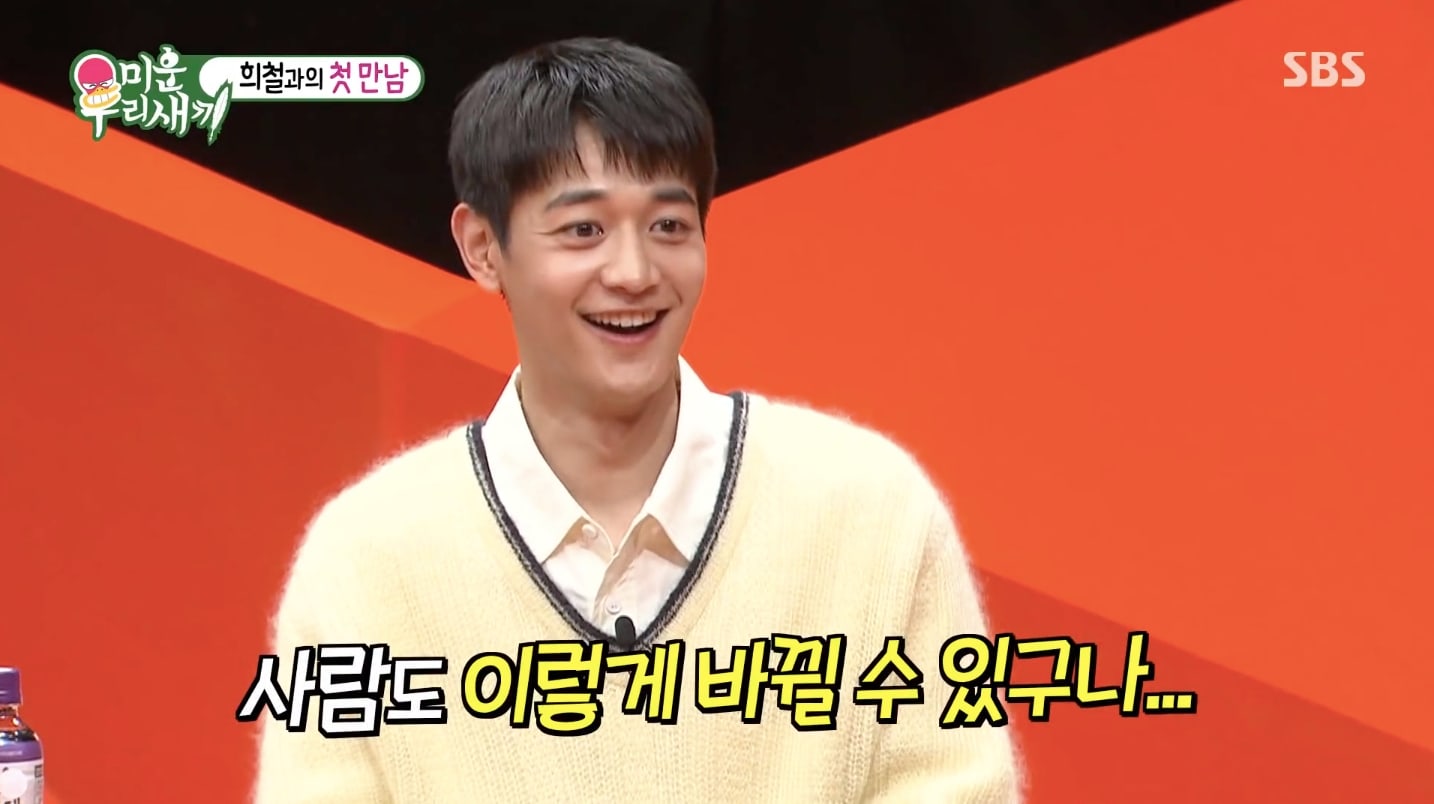 SHINee
Super Junior
Minho
Kim Heechul
My Ugly Duckling
How does this article make you feel?