The January 17 broadcast of KBS 2TV’s “2 Days & 1 Night Season 4” featured the cast members setting out to fulfill their wishes for the new year, and Kim Seon Ho’s wish was to go fishing with his father.

In place of his father, one of the members would be going fishing with Kim Seon Ho. The producer explained that it would take an hour and 30 minutes on boat to arrive at the fishing location, taking a total of five hours to fulfill Kim Seon Ho’s wish. The actor expressed his regret for wanting to go fishing as his wish.

The member who would go fishing with Kim Seon Ho was decided by his father through a phone call. In an attempt to not be chosen in the cold weather, DinDin promised to send his father 1++ grade Hanwoo (highest quality of Korean-raised beef).

On January 18, Kim Seon Ho took to his Instagram Stories to share a screenshot of messages exchanged with DinDin. As promised, DinDin sent a Hanwoo gift along with the message, “Enjoy this meal with your father~~~ It’s 1++ grade!! Thank you, father~~~.” 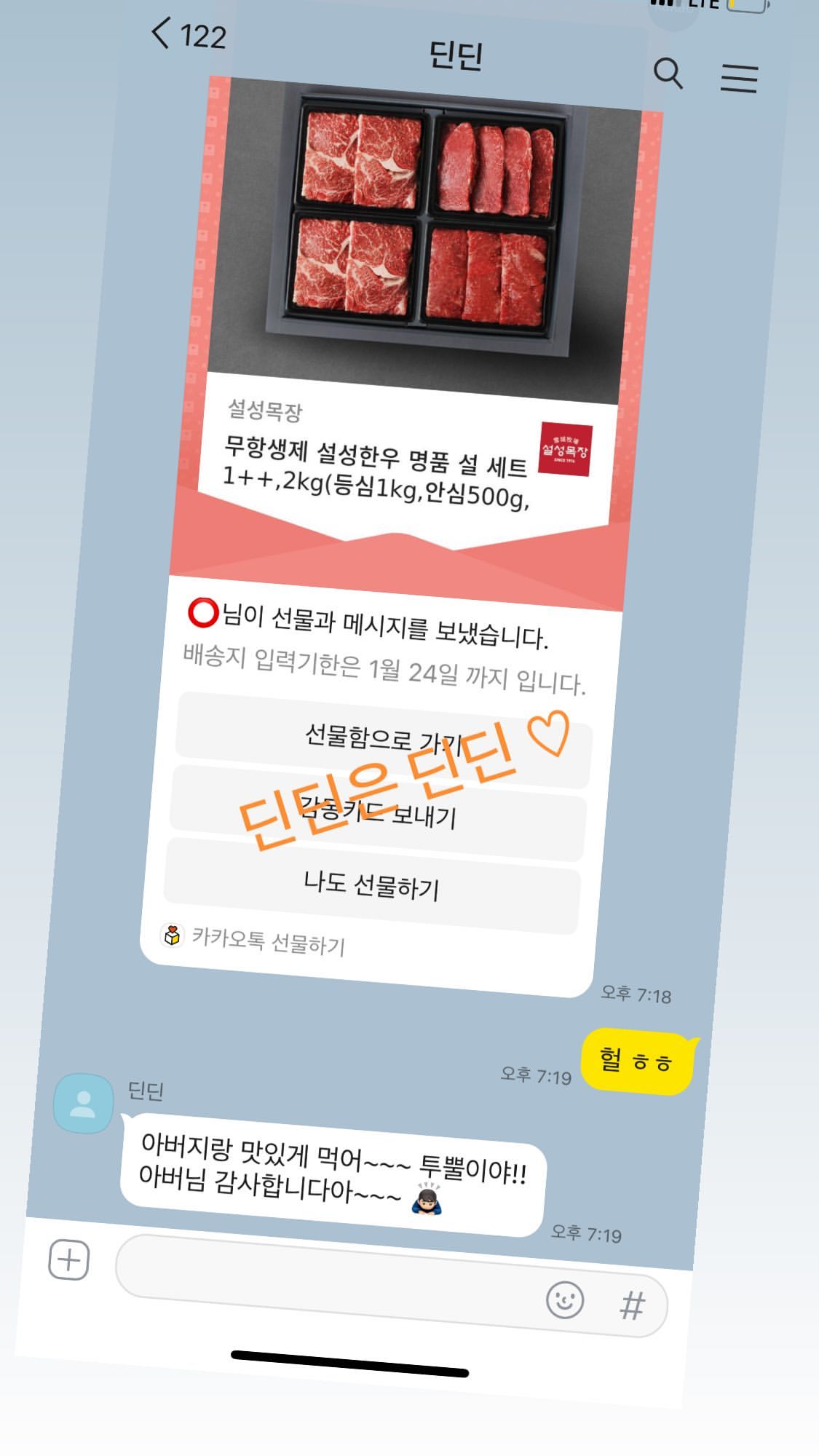