Teen Top’s Ricky has enlisted in the military!

The night before, Ricky left a message on his Instagram story for fans, saying, “Today is a day I especially miss our Angels (Teen Top’s fans). To those who were thinking of coming to say goodbye, I would be so~~ thankful but please send your support from afar for everyone’s safety! Good night, and I will put on a live broadcast on my way to enlist tomorrow. Sleep tight.” 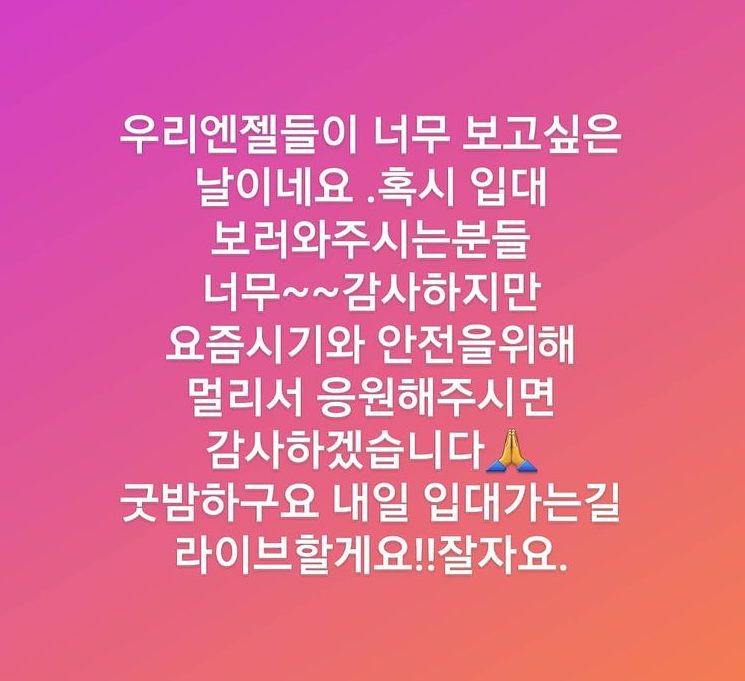 The artist’s final moments before enlistment were captured and uploaded on Teen Top’s official Twitter, with a message from Ricky saying, “Angels~ I’ll make it back safely!! You guys stay healthy too! Yes, sir.”

We wish Ricky all the best during his military service!