As film fans eagerly await the upcoming sci-fi blockbuster “Space Sweepers,” more stills have been shared that give a new look at the movie’s interesting characters and universe!

The star-studded cast of “Space Sweepers” includes Song Joong Ki, Kim Tae Ri, Jin Seon Kyu, and Yoo Hae Jin as the crew of a space junk collector ship called The Victory. Set in the year 2092, the story follows the space scavengers as they stumble upon a humanoid robot named Dorothy that’s known to be a weapon of mass destruction and they wind up involved in a dangerous business deal.

The new photos provide a glimpse at the movie’s intriguing universe and highlight the different personalities of each of the characters. After Earth became desertified to the point of no return, the ship’s crew left for space to find a way to survive, and they now get by day-to-day while carrying out the exhausting work of scavenging through space junk.

When they come across the much sought-after robot Dorothy, they receive the chance of a lifetime that could save them from all their financial woes. The crew hopes that they’ll now be able to pay back their loans and make a lot of money on top of that, but things don’t go quite as they planned. In some of the photos, the crew members are looking at something with surprised expressions, raising questions about this dangerous business they’re entering into. 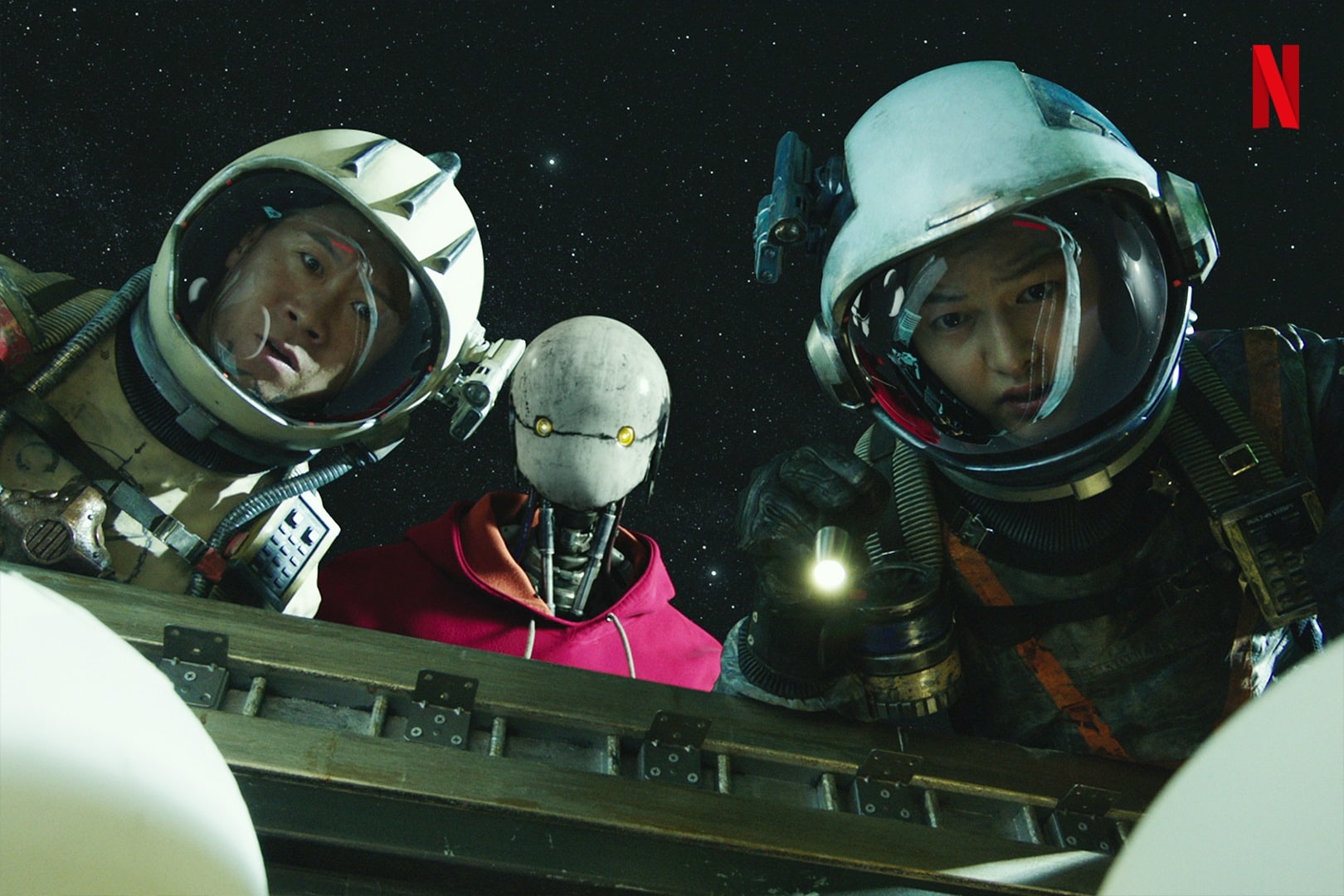 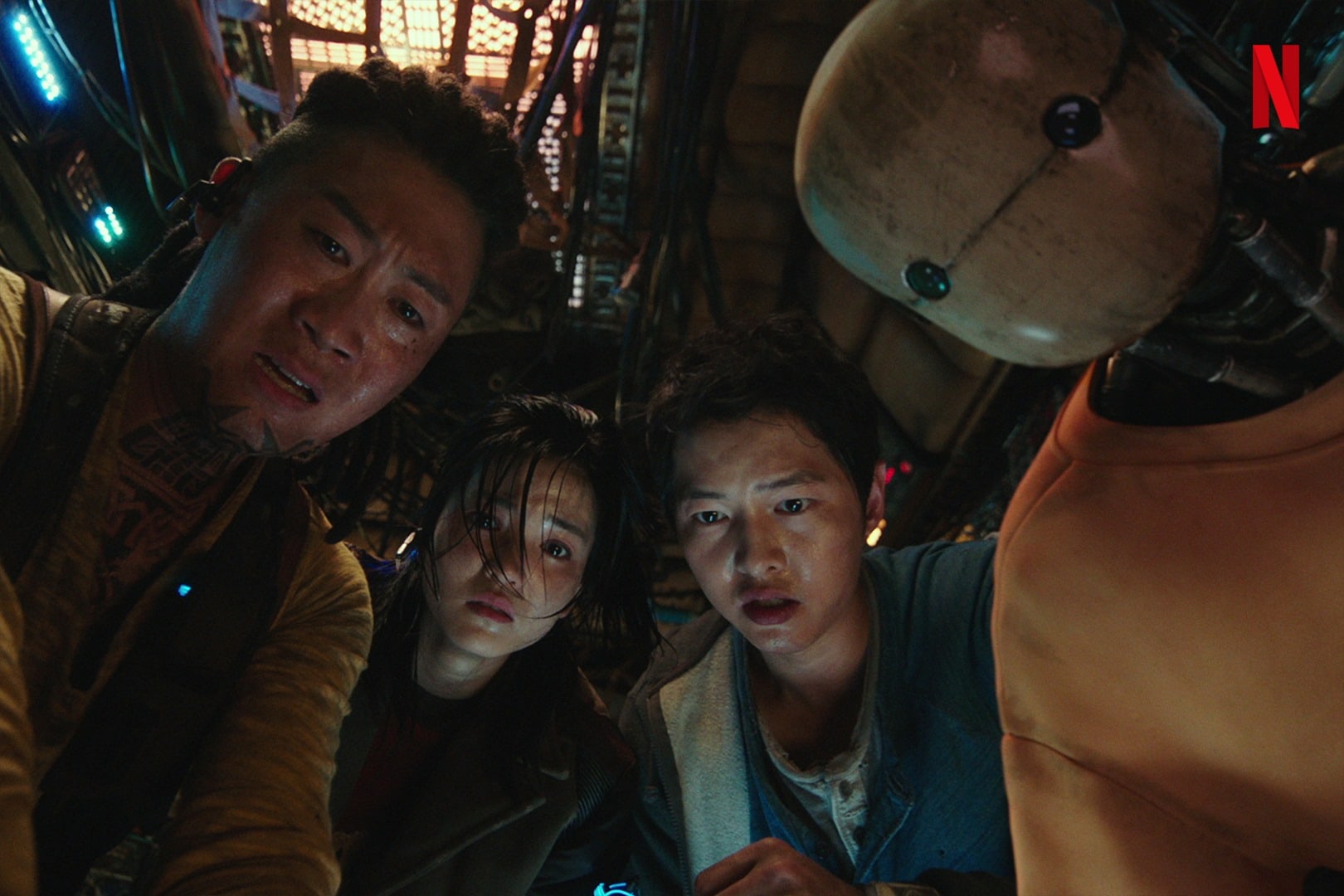 Song Joong Ki plays pilot Tae Ho, who thinks up ways to make big money off the robot. His genius character has many sides to him, as he’s both mean and warm, as well as a materialistic person who’s dealing with his own pain. Kim Tae Ri leads the ship as Captain Jang, and she looks commanding and charismatic as she wields a laser gun. 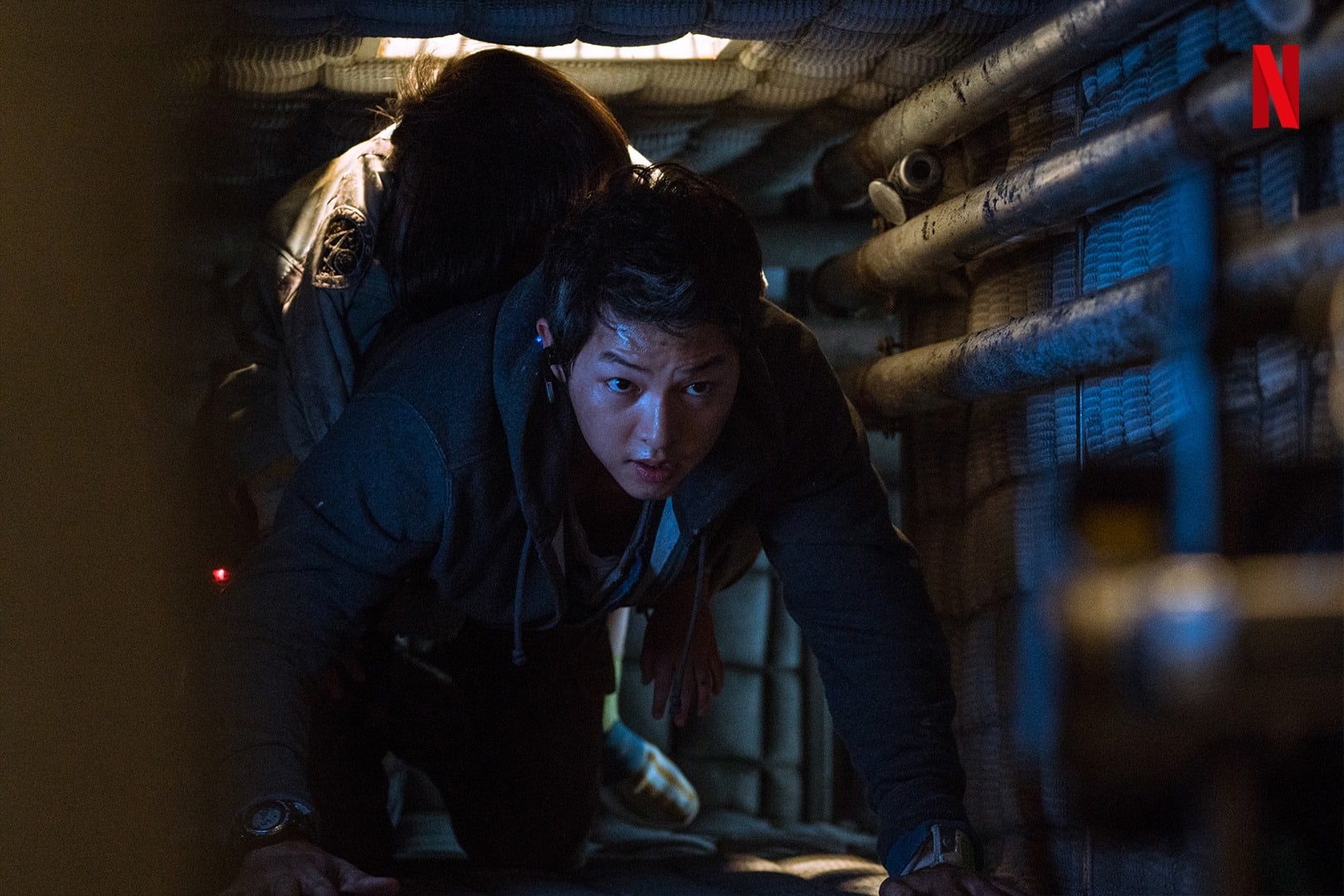 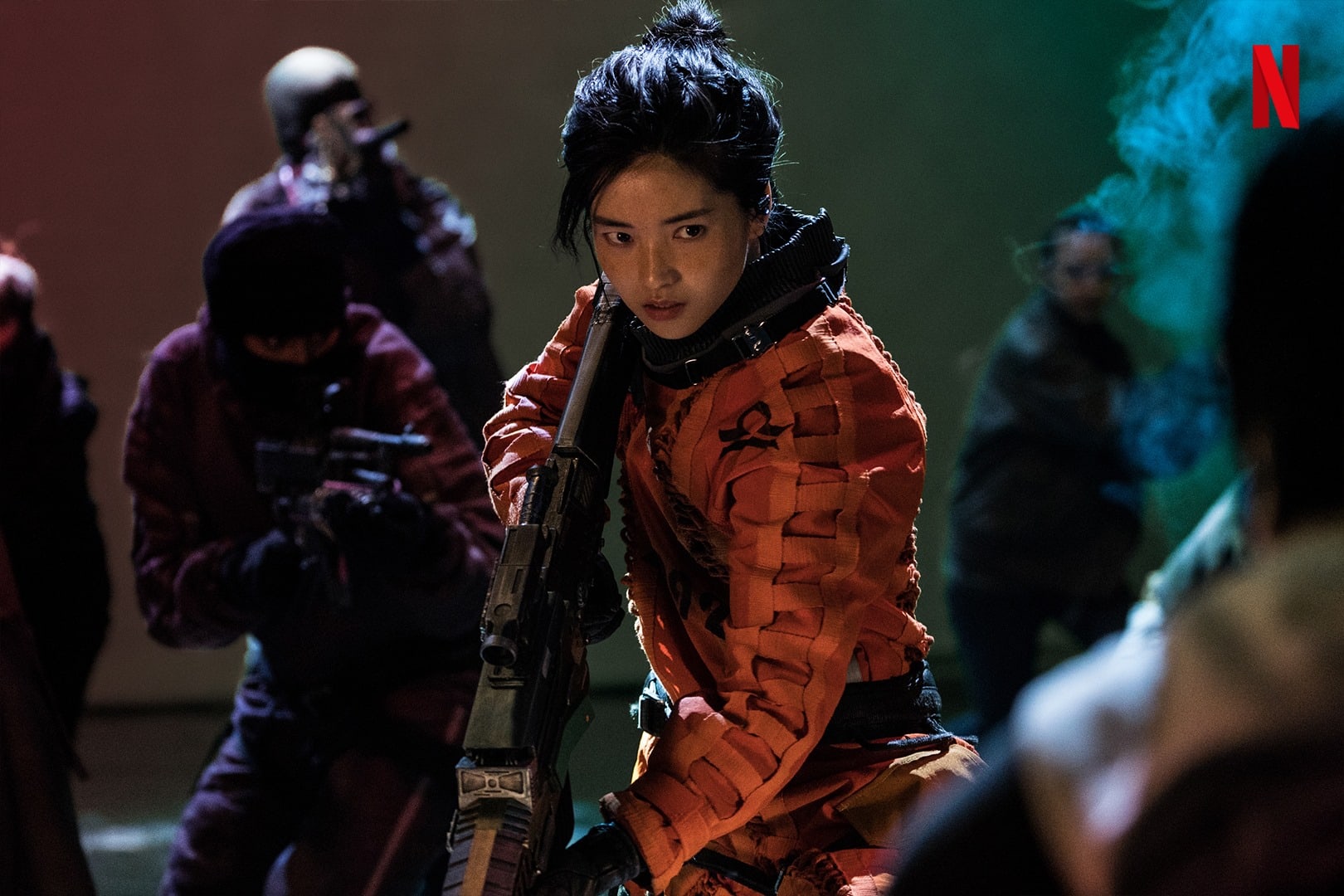 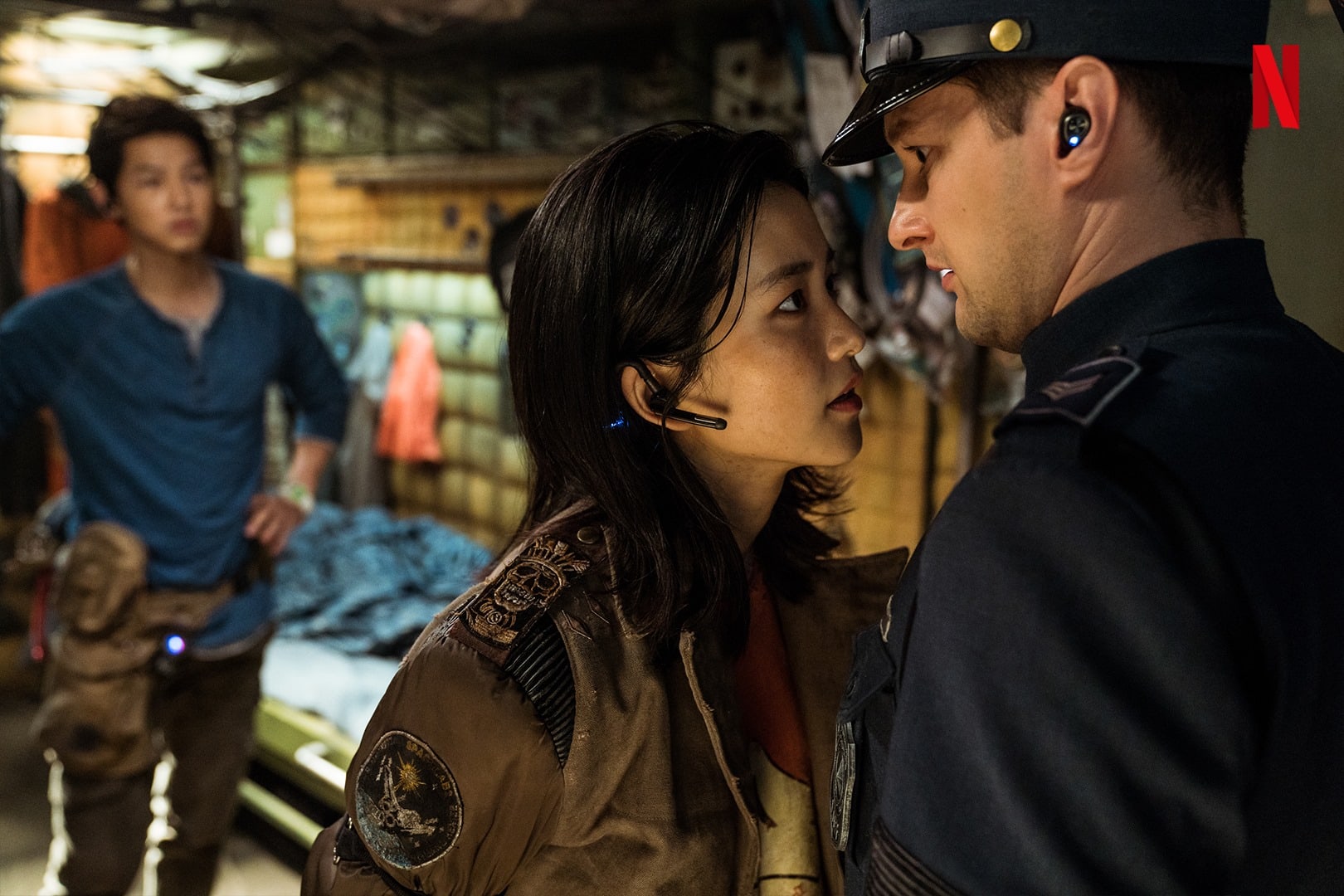 Jin Seon Kyu plays the warm and friendly engineer Tiger Park. Yoo Hae Jin takes the role of the ship’s harpoonist robot, in the first time that a Korean film has used robot motion capture. The actor brings life to the character, who may be a robot but still has dreams and feelings. 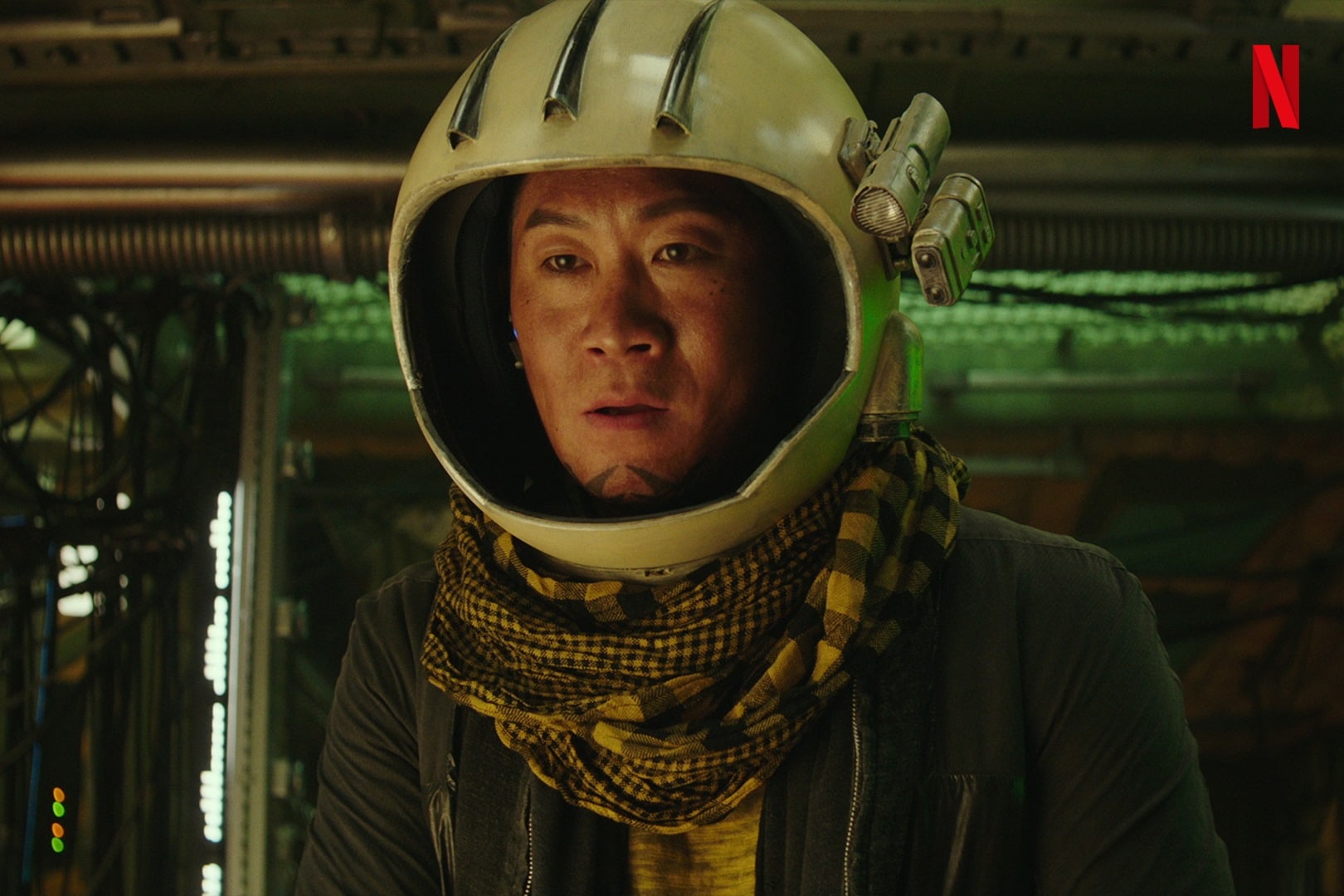 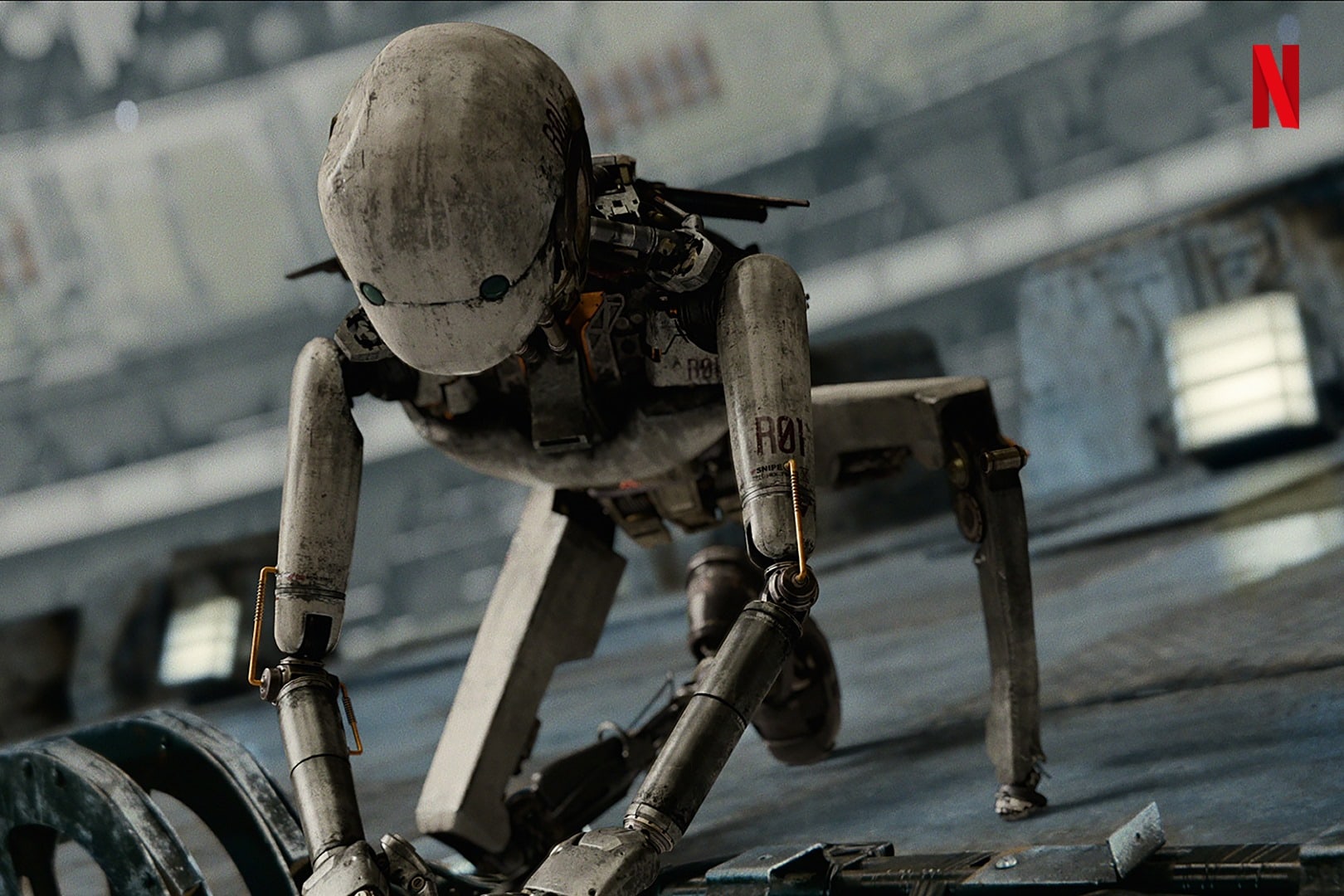 The photos also give a look at the universe of the movie. Director Jo Sung Hee and the production team have created a world in which the Earth has become desertified and is inhabitable without an oxygen mask and goggles, while only a chosen few humans can live in a space paradise. Meanwhile, the working class live in a very different space. There’s a stark difference between the beautiful space paradise UTS that only five percent of humans can call home and the harsh space where workers like The Victory crew members live. 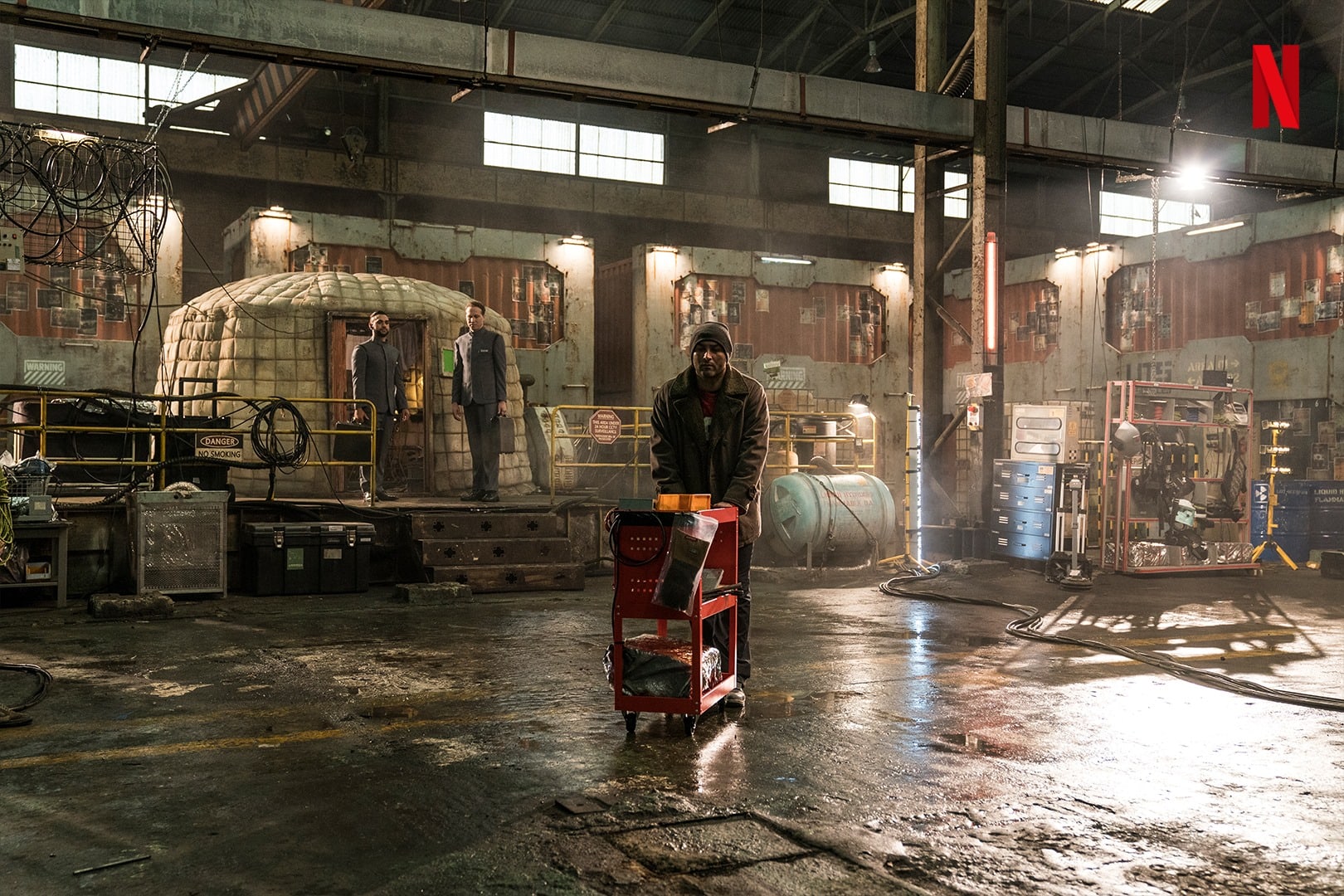 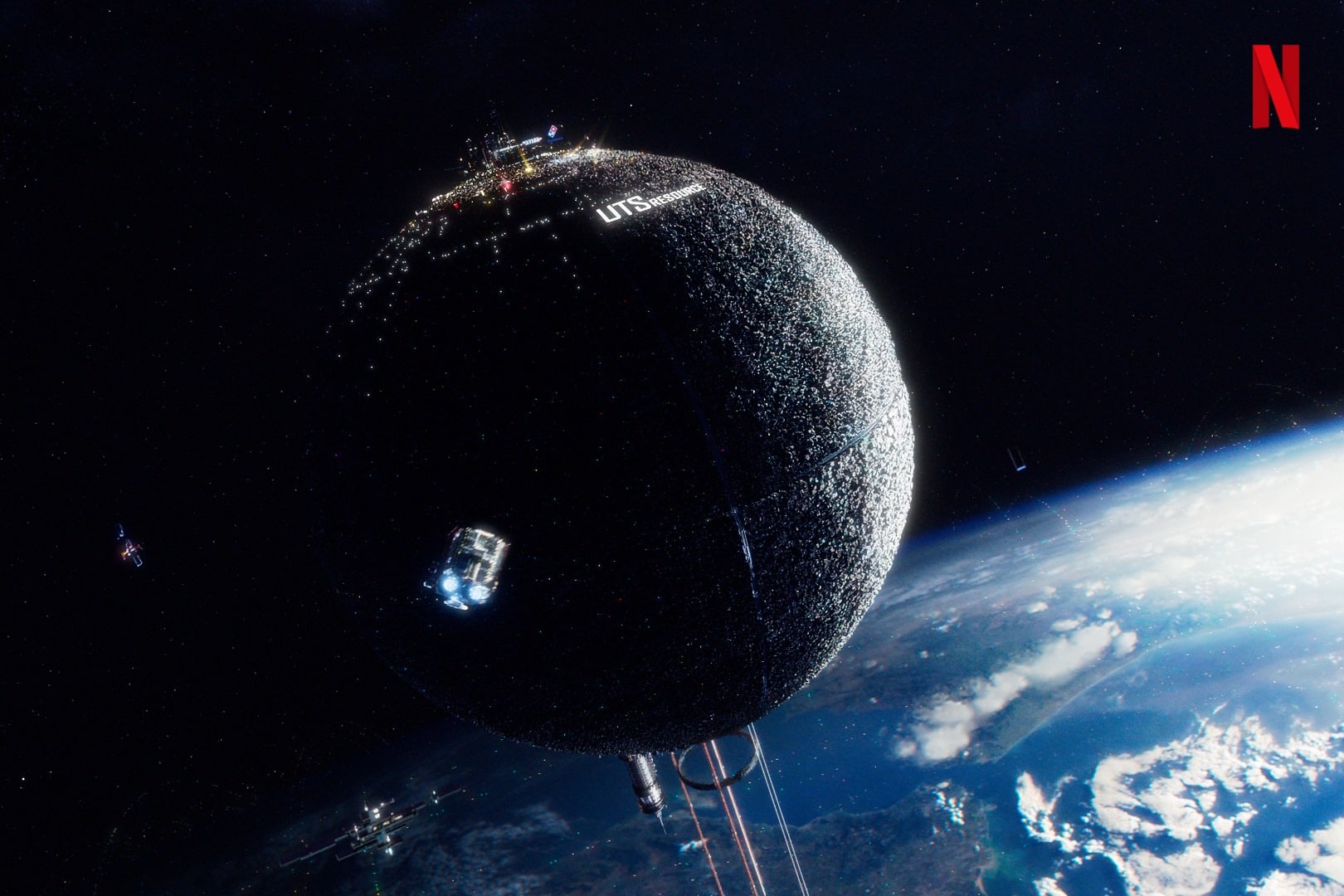 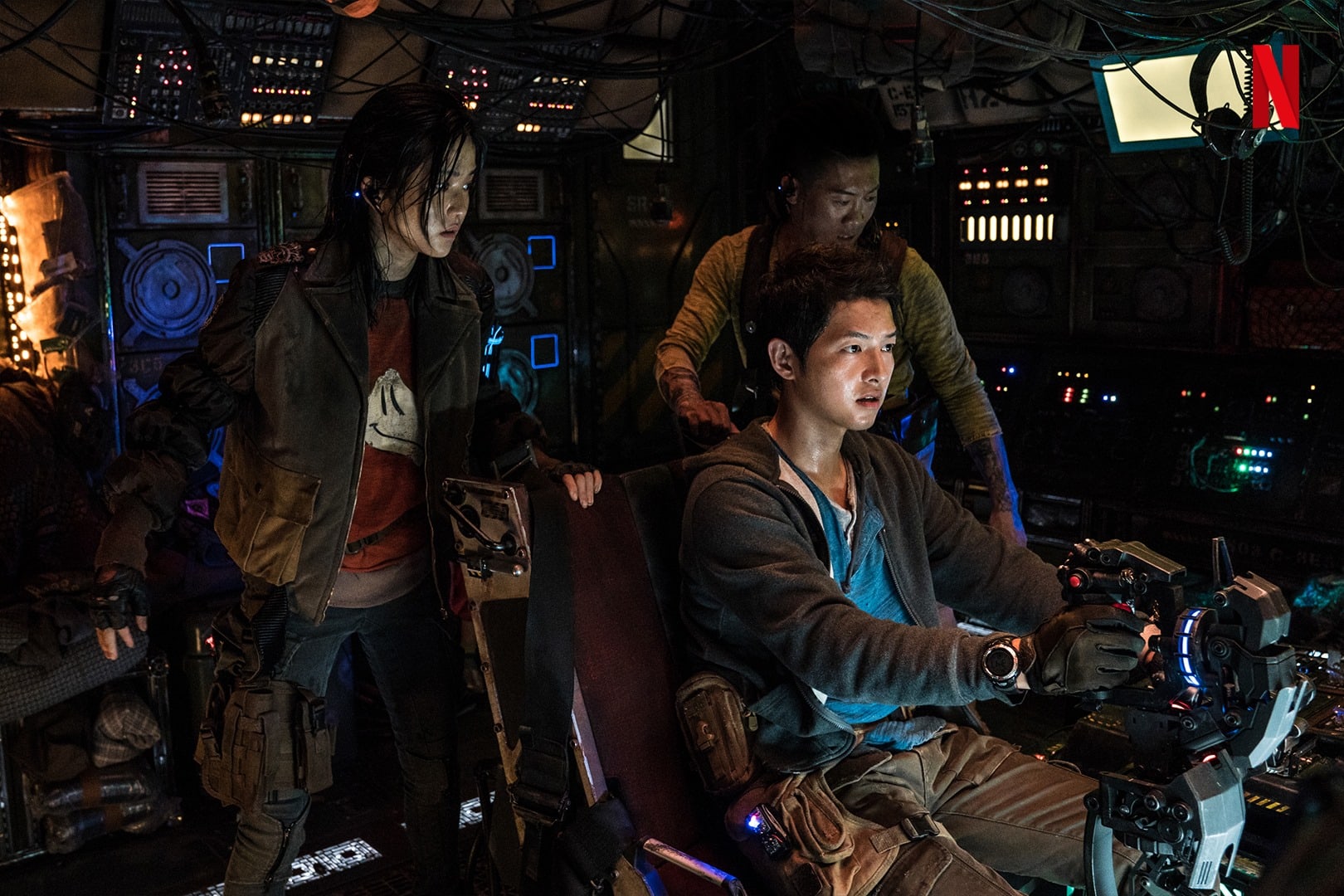 Director Jo Sung Hee said, “Although the world is divided between upper and lower classes, there are no class divisions on The Victory and they abide by the value of being together and belief that everyone is precious. I wanted to show that being unified together in harmony is the true ‘victory.'”

“Space Sweepers” was originally scheduled to premiere in theaters in the summer of 2020, but following multiple postponements due to the COVID-19 pandemic, the film will now be released on Netflix in 190 countries on February 5.

In the meantime, watch Song Joong Ki in “Descendants of the Sun” here:

And watch Kim Tae Ri in “Little Forest” below!