Eugene appeared as a special guest on the January 18 episode of SBS’s “Same Bed Different Dreams 2 – You Are My Destiny”!

Following a five-year break, Eugene returned to acting in dramas with SBS’s hit show “The Penthouse,” through which she won the award for Top Excellence in Mid-Length/Long Drama at the 2020 SBS Drama Awards. She shared, “The kids were really happy. My husband [Ki Tae Young] also congratulated me with a text message. When I went home, he was sleeping since he was exhausted from looking after the kids.”

The actress also talked about her physically intimate husband, whom she has been married to for 11 years. Eugene explained, “[The nickname ‘super glue couple’] is from our newlywed days. Ki Tae Young is on the conservative side, but he hasn’t been hesitant about physical contact since our dating days and after our marriage. He does it naturally regardless of whether my mom is present or our friends are there. It’s not excessive though. He’ll hold my hand when we’re going up stairs.” 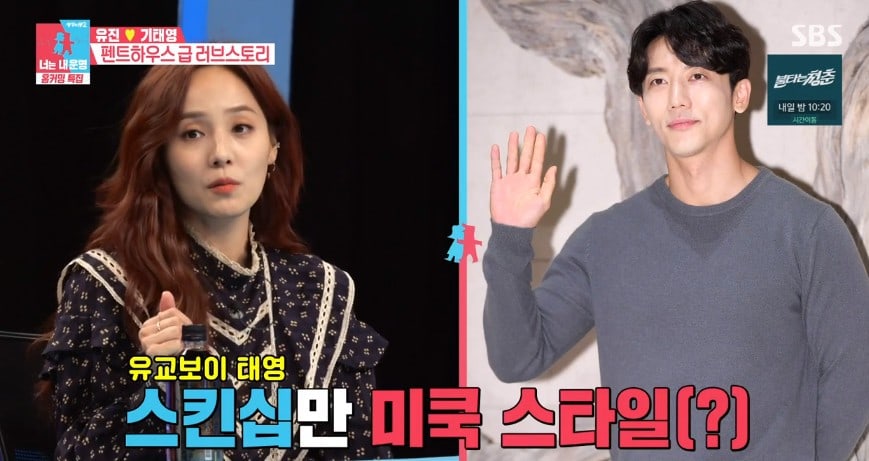 She added, “We did a photo shoot when we were on our honeymoon, and the photographer told us they had an easy time with us because we got physically affectionate easily. They took photos of us kissing while walking and hugging very naturally.” 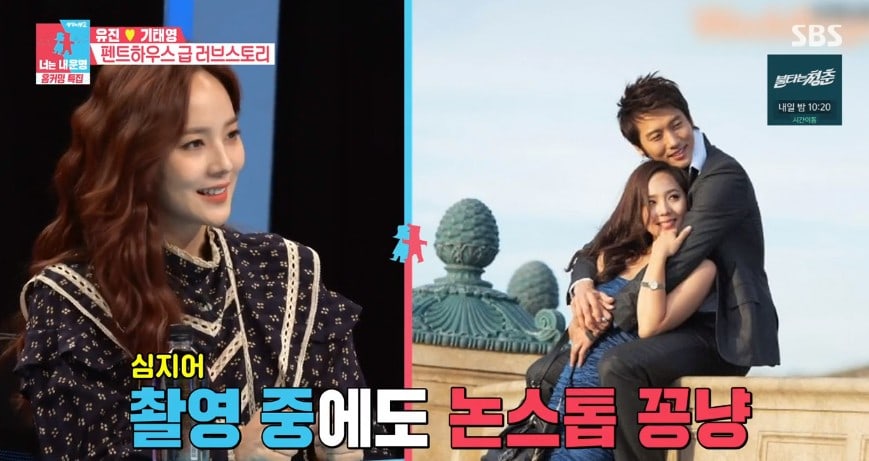 One of the hosts also mentioned, “There’s talk that you purposefully went to a jjimjilbang (Korean sauna) with Ki Tae Young before dating because your ideal type is a muscular man. How was it?” Eugene revealed, “While filming, we all went together during the break. A male manager told me, ‘Tae Young’s body is no joke,’ after coming out of the bathhouse area with him. I wasn’t the one who asked. I was indifferent then.” When asked, “Weren’t you more interested after hearing those words?” Eugene shared honestly, “I did want to touch it.” 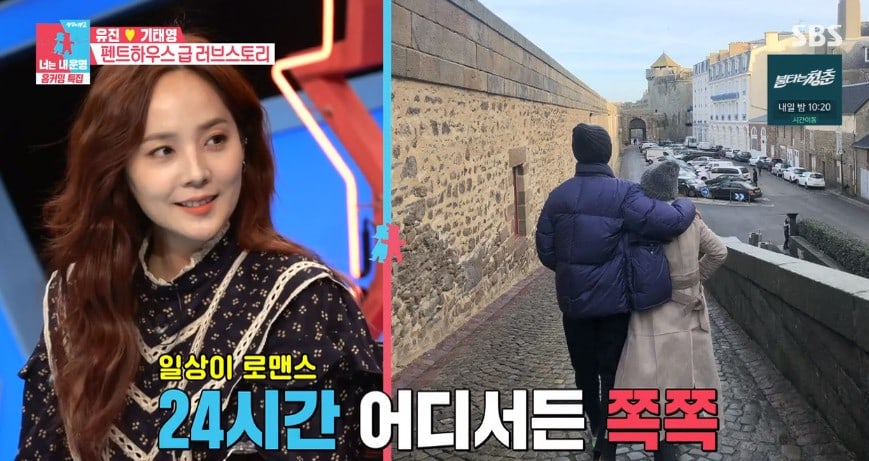 Furthermore, Eugene elaborated that she wanted to see Ki Tae Young as both a man and a friend. She elaborated, “Isn’t it difficult for a friendship with a friend to change? I get the thought that if I have both love and friendship with my husband, we could last longer.” Asked about when she felt her heart flutter around her husband, Eugene shared, “It’s after I see him come out of the shower for the first time in a while.”

Catch up with season one of “The Penthouse” below:

Eugene
Ki Tae Young
S.E.S.
Same Bed Different Dreams 2 – You Are My Destiny
How does this article make you feel?