“Awaken” Cast Shares Thoughts As Drama Comes To An End

The cast of “Awaken” shared their farewells as the show wrapped up on January 19!

On the finale day, the tvN drama shared shots of stars Namgoong Min, Seolhyun, Lee Chung Ah, and Yoon Sun Woo (who played Moon Jae Woong) smiling with their final scripts. They also took a group photo along with Lee Shin Young (Jang Ji Wan) and Choi Dae Chul (Yoon Seok Pil) and shared their thoughts as the show came to an end. 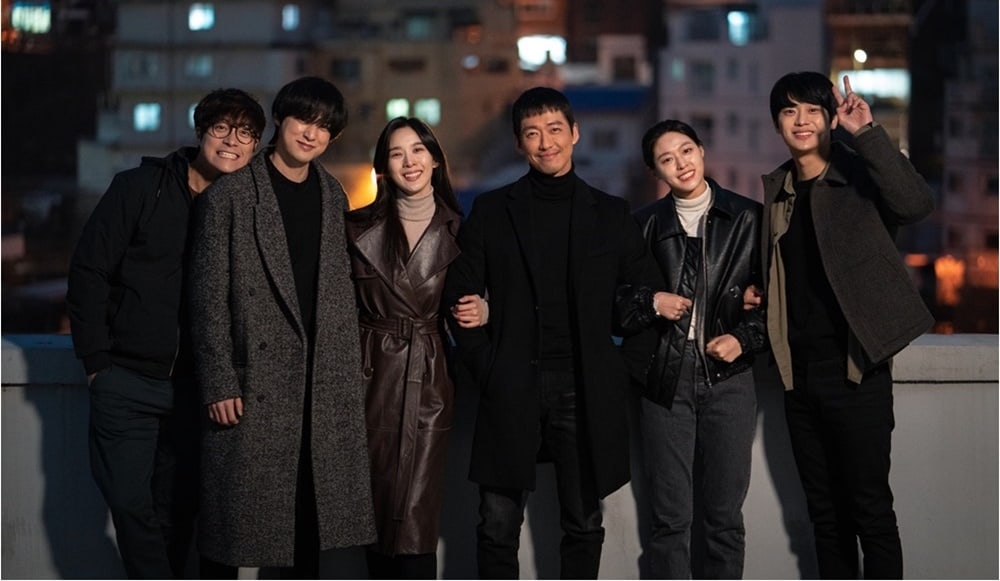 Namgoong Min stated, “Our filming period became longer because of COVID-19, so I think everyone who worked on the project really worked hard at filming. After we wrapped up, I shaved my mustache off for the first time in nine months and it felt a bit strange. I feel very sad to part with Do Jung Woo and I think I’ll really miss the time that I spent with the staff and actors.” Finally, he added, “I’ll return with a good project.”

Seolhyun said, “‘Awaken’ has now come to an end after I spent the long time of almost a year with it. I became very attached to it as well but I feel like I put a lot of care into the project while filming. It was great to be able to play Hye Won, who tries to take the right path. I want to express my thanks to the director, writer, actors, and staff for all their hard work on ‘Awaken’ and to the viewers for all their love as they stayed with us until the end.”

Lee Chung Ah shared, “I think I’ll remember ‘Awaken’ for a very long time. I learned a lot and I was helped by many people. Although it was inevitably difficult for everyone because of various situations like COVID-19, I was able to not feel worn out because I was working with the ‘Awaken’ team. I particularly feel more sad about it because we can’t all get together and talk or have a drink together. I’ll look forward to seeing them again and I want to express that I was happy to be able to work together with them on ‘Awaken.'”

Finally, Yoon Sun Woo commented, “As always, it feels bittersweet. I don’t want to write the word ‘bittersweet’ because it seems cliche but I wonder if there could be a word that similarly conveys the emotions felt after finishing a project. I’m grateful to the directors, staff, and actors, and I feel very sad about our parting. In regards to my performance, I feel both a sense of accomplishment now that it’s over and sadness as I could have done better. However, if you asked me whether I felt the sadness or happiness in ‘bittersweet’ more, I think the sadness would be greater. Thank you to the ‘Awaken’ team, and I miss you.”