Kim Seon Ho Shares Thoughts On His “Start-Up” Character, How He Changed Throughout The Years, And More

Kim Seon Ho recently participated in a pictorial and interview for Elle Korea!

After the photo shoot where the actor posed in various dressy and cozy outfits, taking part in homey activities such as pouring himself a glass of water or fixing his tie, the interviewer commented curiously on his humming. Kim Seon Ho responded, “The photo shoot ended well,” and added with a laugh, “I heard there’s a good noodle restaurant in this area, so I might have been a little excited because of that.”

Kim Seon Ho also commented on the good weather that day, and the interviewer followed up by asking what he would do if he went for a date on such a day. Kim Seon Ho replied that he would put on some cologne and prepare some interesting conversation topics.

When asked about his preferences in cologne, the actor answered, “I use different colognes depending on the season. Including the ones I received as gifts I have about 20 bottles of cologne, so they take up an entire section of my shelf. In the winter I like woody scents, and last summer I liked to use L’eau Kenzo Pour Homme. It was a refreshing and light scent so I carried it around in my bag and applied it often.” He also added that he began using cologne after being told one day that he smelled good. 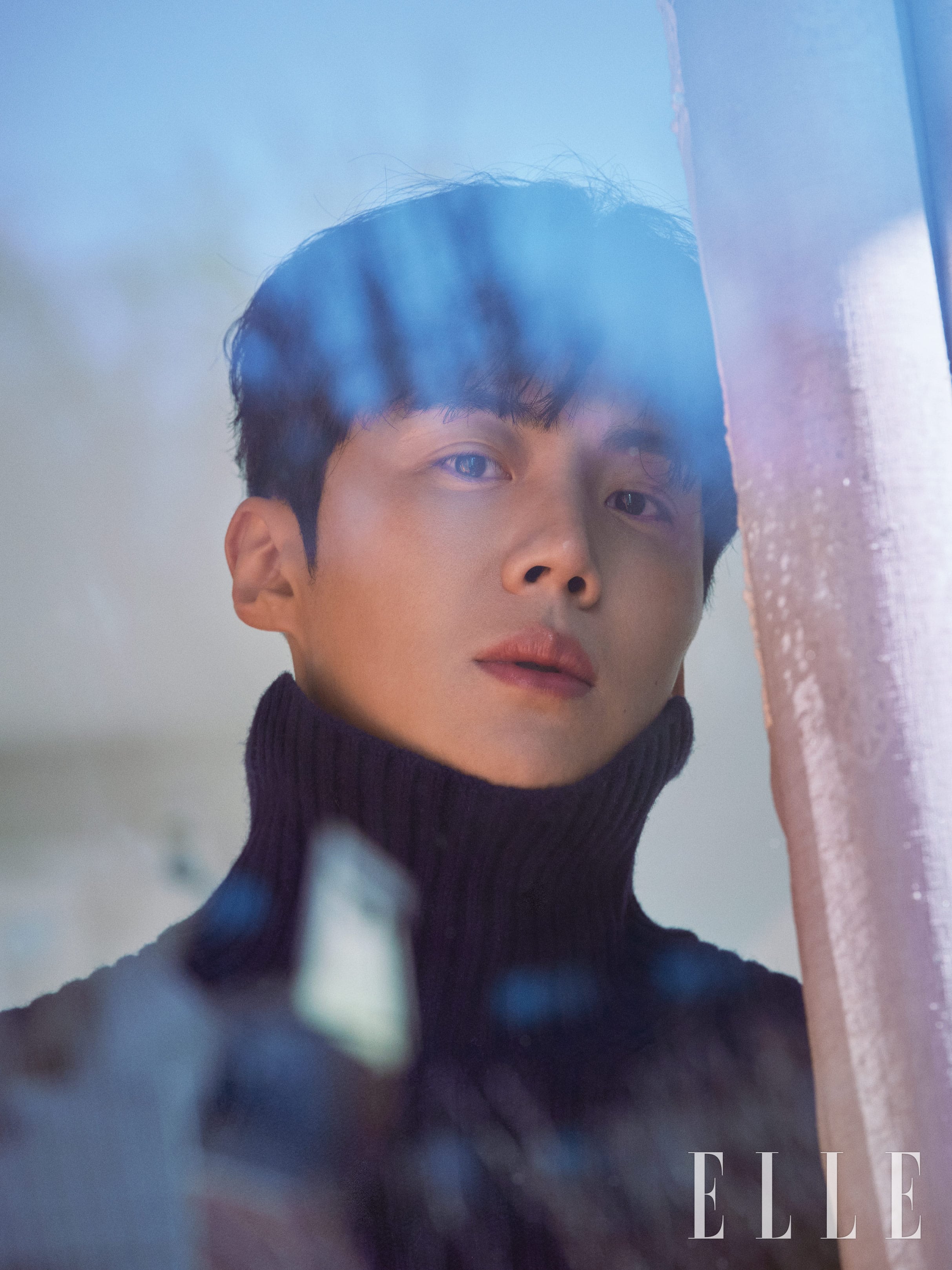 On the subject of his recent boost in popularity following his role as Han Ji Pyeong in tvN’s “Start-Up,” Kim Seon Ho said that the enthusiastic response he received was enough to make him feel like he’d led a successful life. “I wonder if it’s a dream or actually real life,” he mused. “I should do a good job from now on.”

Speculating on how his character Han Ji Pyeong was able to steal the hearts of viewers, Kim Seon Ho said, “There’s the fact that he’s an orphan, and there’s also his story with grandmother Choi Won Deok (Kim Hae Sook). I think the viewers took pity on him at first. He seems really stiff but he also has a soft side.”

Kim Seon Ho went on to share that he himself fell for Han Ji Pyeong when he easily stepped in to help Nam Do San (Nam Joo Hyuk). “I admired Han Ji Pyeong’s manners, it’s not that I thought Han Ji Pyeong was cool,” he added.

As for how he relates to his character, the actor shared, “I think our human-like natures are really similar. Whenever my character saw Choi Won Deok, I acted while remembering my own grandmother. She was really good to me but I was always bratty with her. I was quite immature. I really liked her so I wanted to act cutely around her but it wasn’t easy to act on my feelings.” 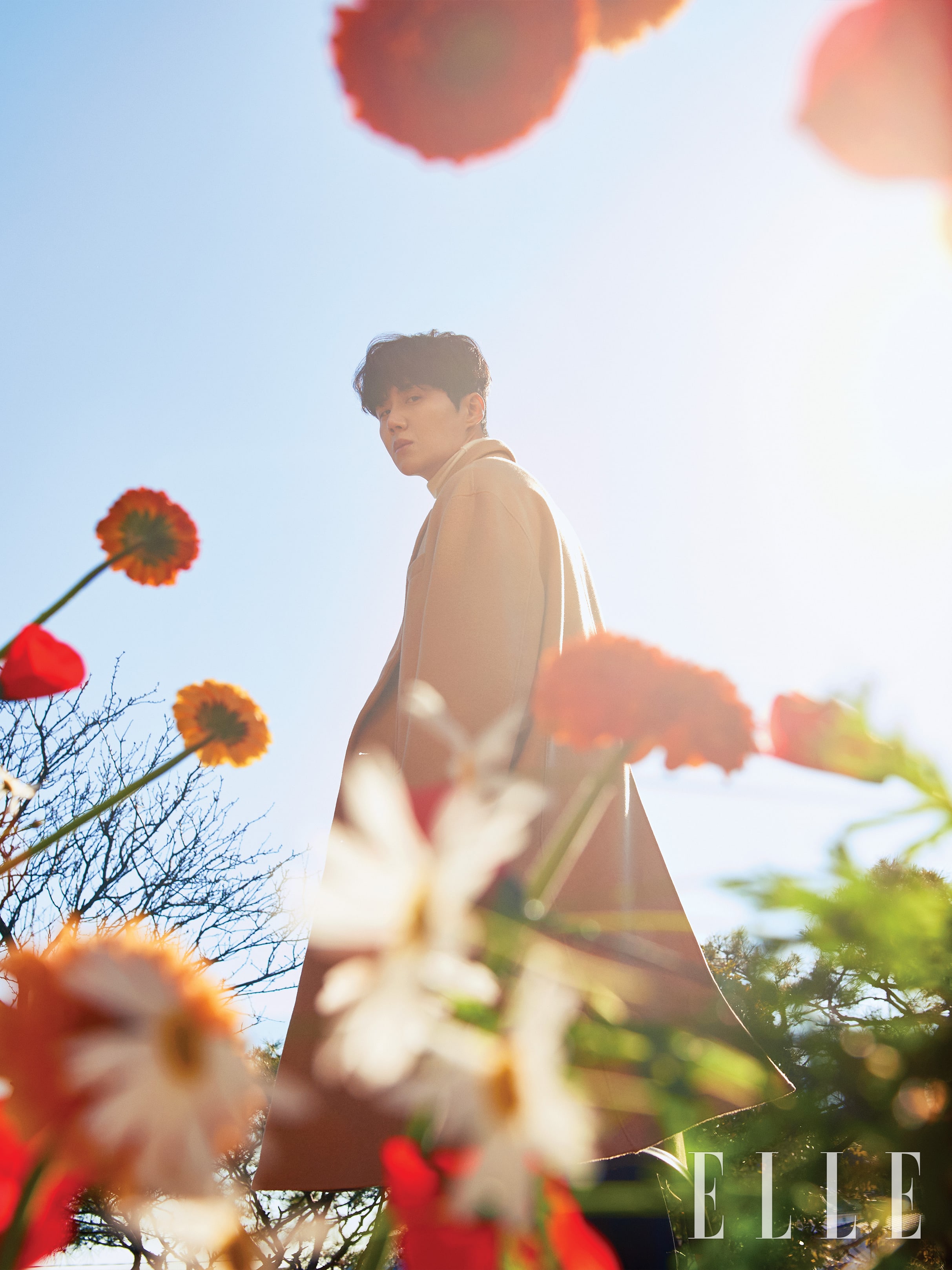 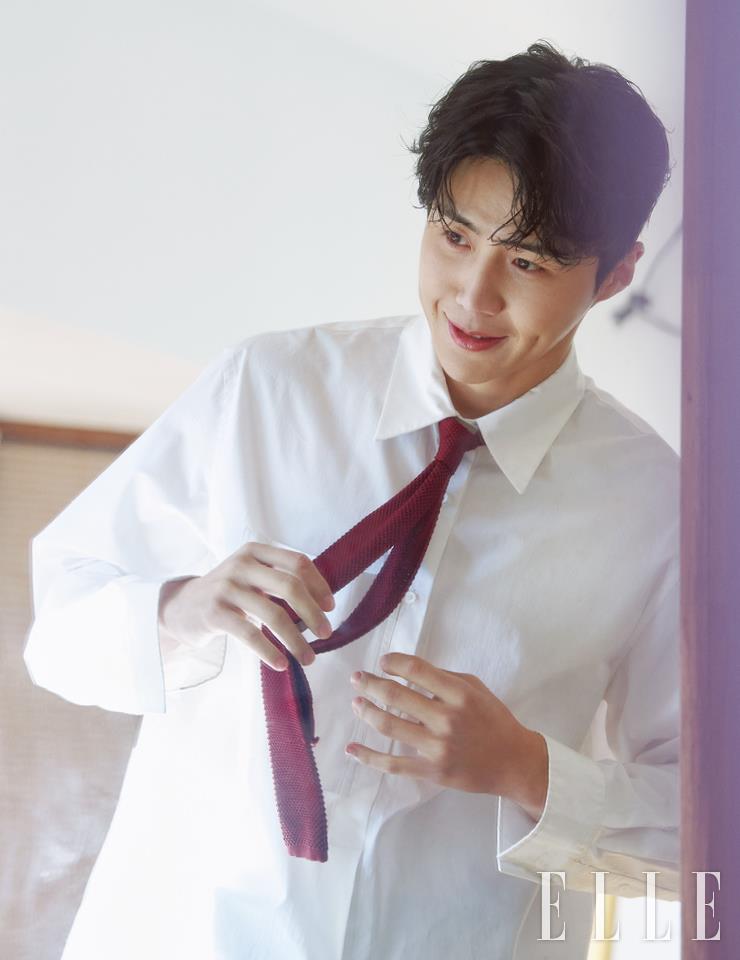 Kim Seon Ho reflected on his past behavior and revealed that he became more mature after coming back from his military service. “I was a training assistant so I had to meet and counsel a lot of different people,” he recalled. “If there were any issues with the trainees, their vacations would be cut. It was the assistant’s job to do their best to counsel them and make sure there weren’t any problems. However, there were a lot of people who were going through tremendous hardships. When I listened to their stories, my worries felt like nothing.”

Kim Seon Ho revealed that he did indeed have some worries on his mind after gaining popularity. He confessed, “To be honest, I suddenly worried that I would be so excited that I would end up looking at other things. I’m worried that from now on, when I review productions, the first thought to pop up in my mind will be, ‘Will this be successful?’ I was scared that I might start thinking things like, ‘Will the ratings be good?’ or ‘Will this production do well?'”

When asked about the solution, he answered, “I made up my mind to take on the productions that had scenes I wanted to. If someone comes to me first, I’ll take on that production.” 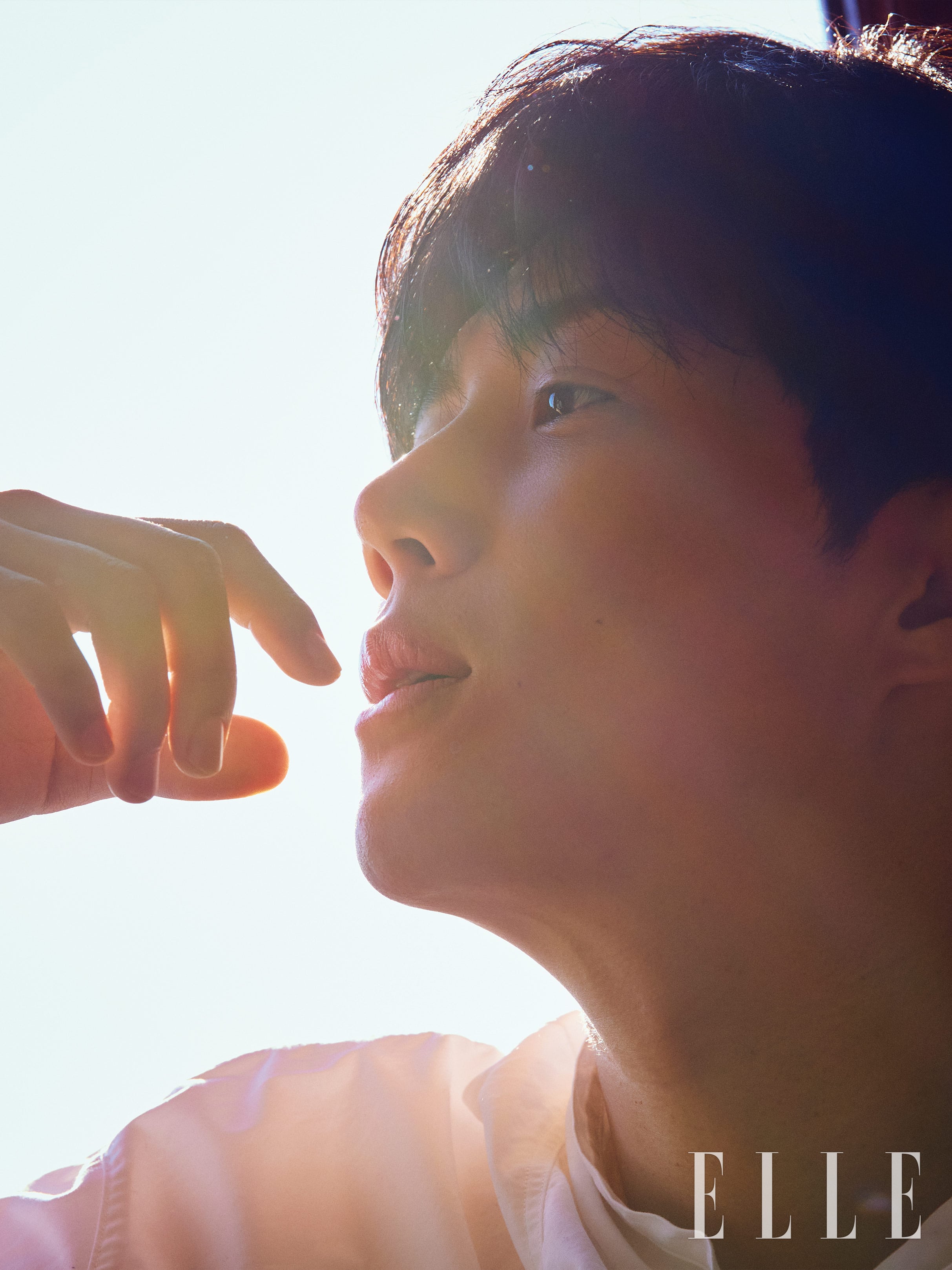 Following up with his own thoughts on love, Kim Seon Ho revealed that he isn’t the type to run headfirst into confessing his feelings. He shared, “Even when I liked someone, I don’t think I’ve ever confessed to them first.” He then went on to say that if the urge to confess naturally comes along one day, he would follow through with it. “I’m not the kind of person who can just say, ‘Meet me at this time at this place tomorrow. I’m going to confess to you!'” he added.

Kim Seon Ho made his debut in the industry as a theater actor, and briefly shared what went through his head at the time. Although he didn’t make much money acting in plays, he recalled that he never once thought about the money while he was working. “I was 28 at the time, you can imagine how frustrated my mother was,” he said. “People in this profession often think things like, ‘Acting makes me happy, but the people around me are suffering because of me.’ I became well-known thanks to Han Ji Pyeong from ‘Start-Up.’ I was so happy to have a role where someone hears my name and instantly thinks of that role.”

Kim Seon Ho is currently acting in the play “Ice,” which premiered on January 8. Kim Seon Ho shared his desire to continue acting in plays as he said, “I think I’ll only be able to do one play per year, but I definitely want to do what my stamina allows. When I stand on the theater stage, I think my skills improve a little bit. I also become more open-minded. It’s because of those goals of mine that I want to keep doing it.” 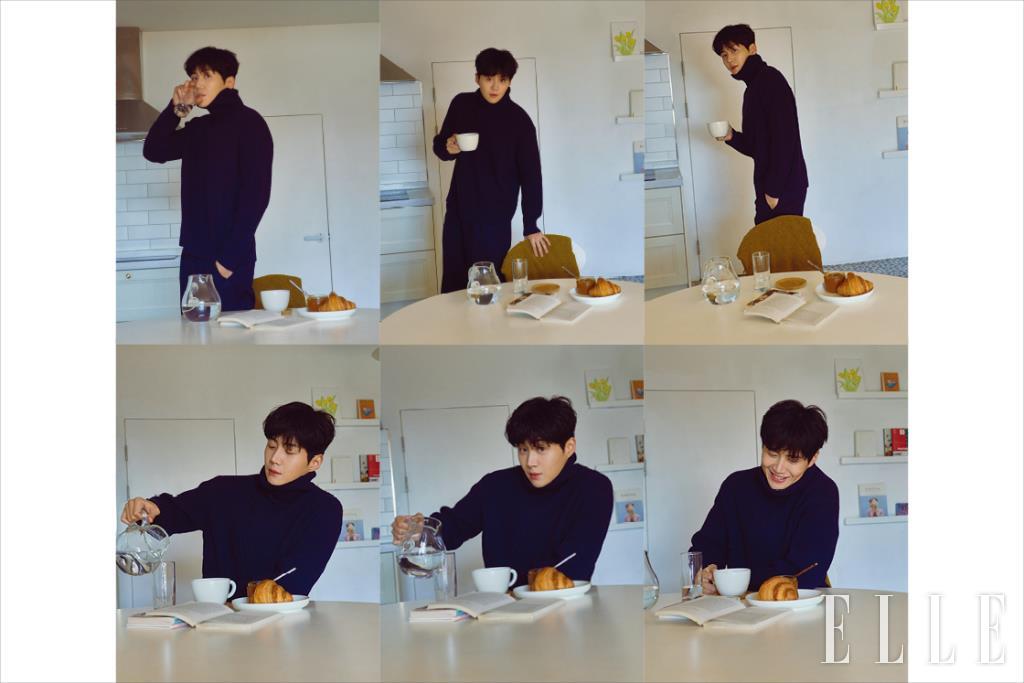 Elle Korea
Kim Seon Ho
How does this article make you feel?