The two main couples of “Run On” are about to experience ups and downs in the upcoming episode!

The newly released stills share a glimpse of the contrasting developments for the two couples.

First of all, the drama foreshadows trouble for Ki Sun Kyum and Oh Mi Joo. It seemed like they were on the road to happily ever after, but the stills depict a heartbreaking fight ahead of them. In the previous episode, the two were nothing but lovey-dovey, but they will experience turbulence in the new episode. The two characters gaze at each other with teary eyes, and viewers are eager to find out what they’re arguing about.

On the other hand, Seo Dan Ah and Lee Young Hwa are about to get closer. At the end of the previous episode, they unexpectedly accelerated their romance. Lee Young Hwa had coldly distanced himself from Seo Dah Ah and declared he would only do business with her until his painting was completed. However, he changed his mind, putting a sudden twist in their relationship. In the stills, the couple share an affectionate hug, and he smiles warmly, as if he’s relived that he finally made up his mind to be with her. 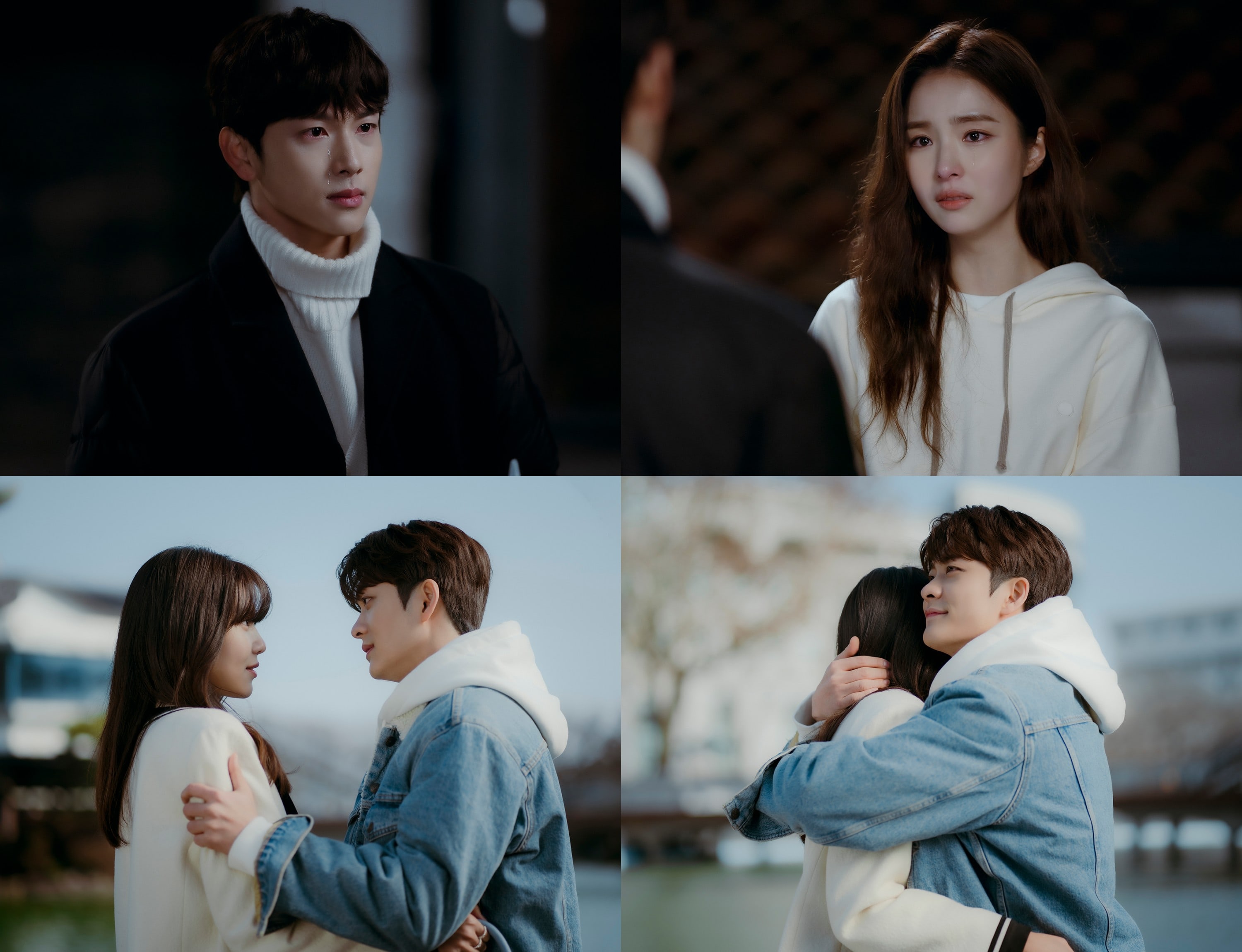 The drama’s production crew commented, “The drama will portray the opposite romances of Ki Sun Kyum and Oh Mi Joo, who acknowledged their differences and started to keep pace with each other, and Seo Dan Ah and Lee Young Hwa, who kept their distance from one another. The romance narrative will be swept up by more intense emotions.”