Park Shin Hye Talks About Acting With Cho Seung Woo In “Sisyphus: The Myth” And Transforming Into Her Character

The fantasy-mystery drama stars Cho Seung Woo as Han Tae Sool, a genius engineer who embarks on a perilous journey to bring to light hidden beings that are secretly residing in our world, and Park Shin Hye as his savior, the heroic soldier Kang Seo Hae, who has walked a long and dangerous path for him.

Park Shin Hye shared about the show, “You should look forward to it.” Talking about why she chose the project, Park Shin Hye said, “I’m taking on a new genre as an actress through ‘Sisyphus’ so I think I’ll be able to show many different sides of myself.” 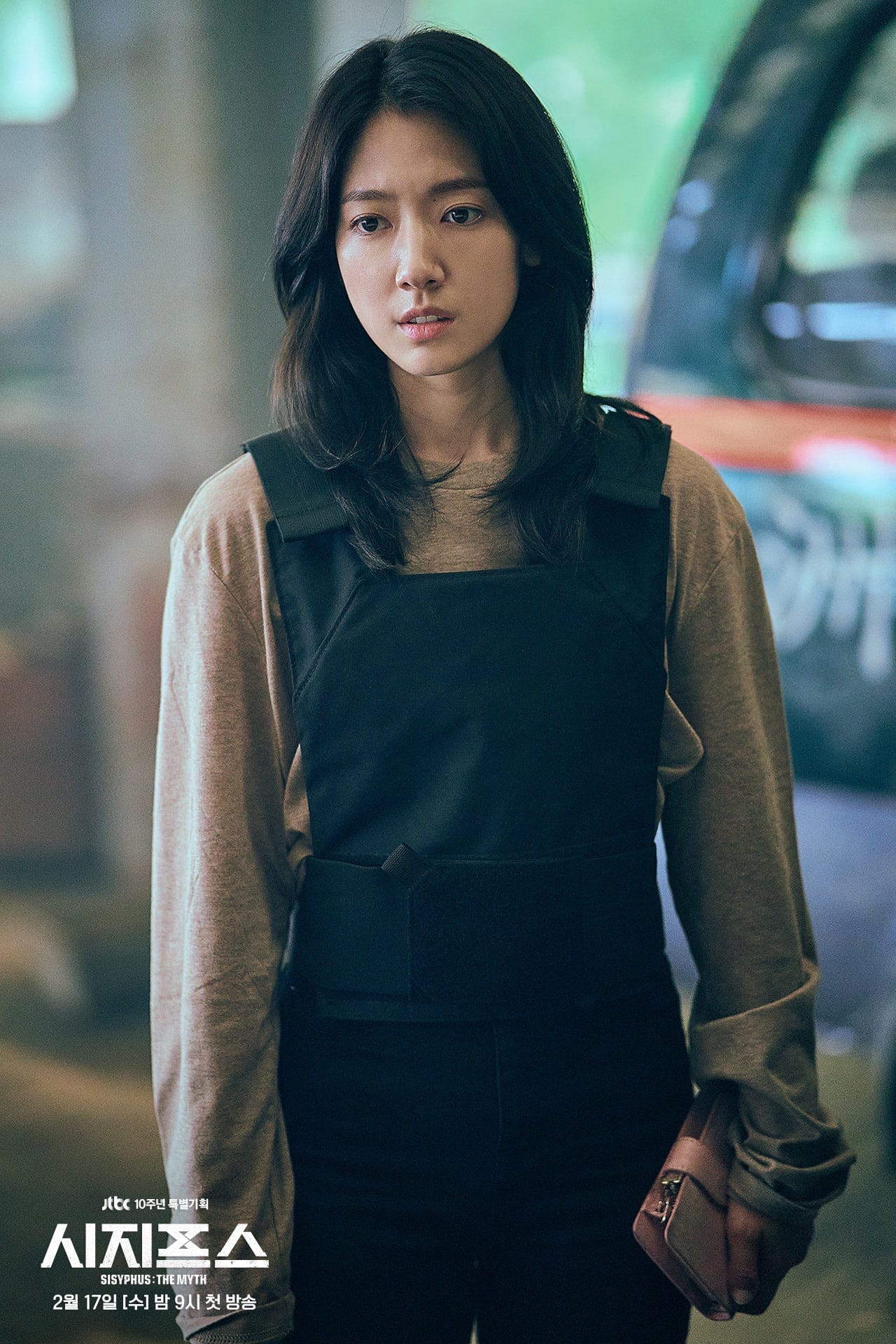 In order to survive in the barren future that’s fallen into ruin, Kang Seo Hae grew up undergoing intense training from her father, who had been in the special forces. The actress said her character is able to perceive and solve situations with her instinctive senses and she’s quick on her feet and incredibly skilled when it comes to fighting.

To bring Kang Seo Hae to life, Park Shin Hye practiced hard while attending action school. “In order to get used to using my body, I went to action school and familiarized myself with basic action moves,” shared Park Shin Hye, saying that she worked hard and did her best during the action scene filming. 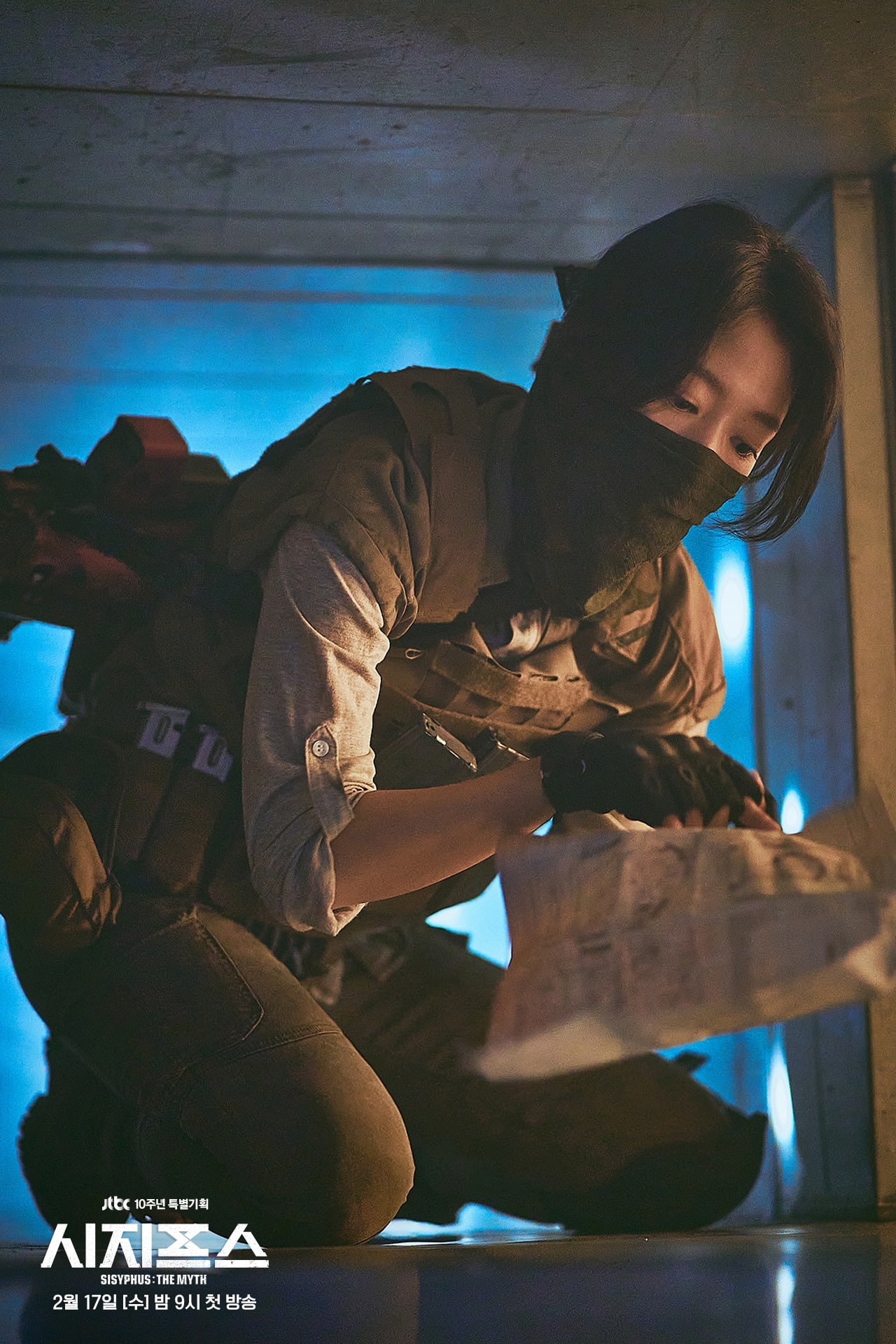 In addition, the actress paid attention to small details while preparing separate kinds of clothing for the different time periods and situations, in order to differentiate between the future and present Kang Seo Hae. She said, “To create a difference, Seo Hae living in the future wears clothes that are comfortable while she’s being active in order to survive, as well as accessories like knee pads, gloves, bandanas, and bags. Seo Hae living in the present wears clothes that look like something that Tae Sool procured for her.”

Park Shin Hye said she thought that there wouldn’t be beauty salons in the future, saying, “I styled my hair with a lot of layers to look like she’d cut it herself.” As the show took a long time to film, she used hair extensions to maintain continuity and keep her hair the same length.

On working with Cho Seung Woo, Park Shin Hye said, “It was great to get to work with one of my favorite senior actors. As we filmed together, it was fun to perform together, and I enjoyed both the energy we exchanged and the feeling that we were creating something together while talking about the project and our characters.”

“It was so amazing to see how he was always managing to perfectly pull off the character Tae Sool, and I was always grateful for how considerate he was as he made the set comfortable,” she said.

Finally, the actress said, “Please look forward to ‘Sisyphus’ with its fun points such as an exciting subject material and story, the cast’s chemistry, and the impressive action.” 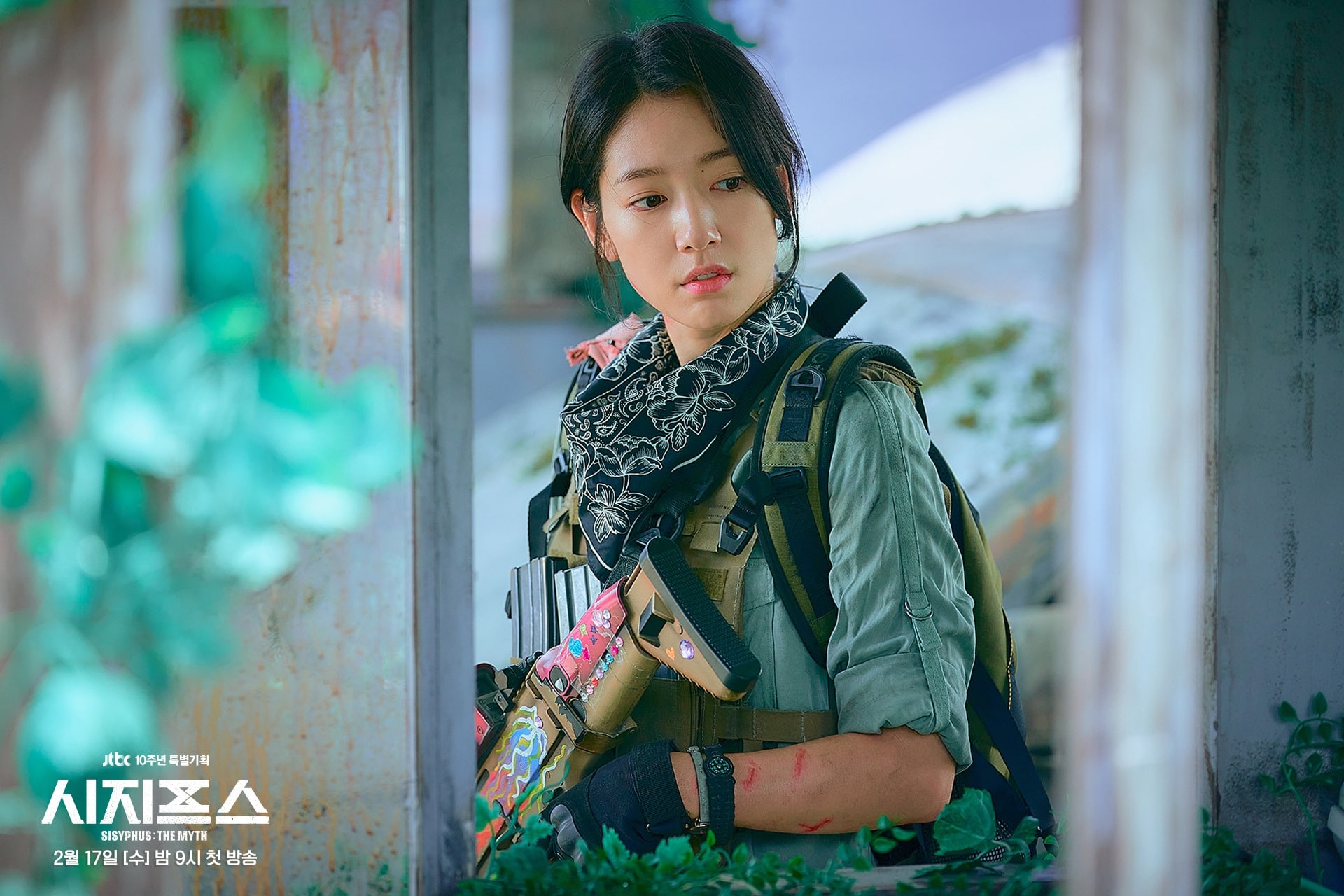 Watch Park Shin Hye in “Little House in the Forest” below!