The new black-and-white poster shows Song Joong Ki’s dark charisma as a Mafia lawyer who is willing to do anything it takes to get justice. The poster background hints at his Italian upbringing and the caption reads, “Evil is punished by evil,” hinting at the character’s anti-hero status. 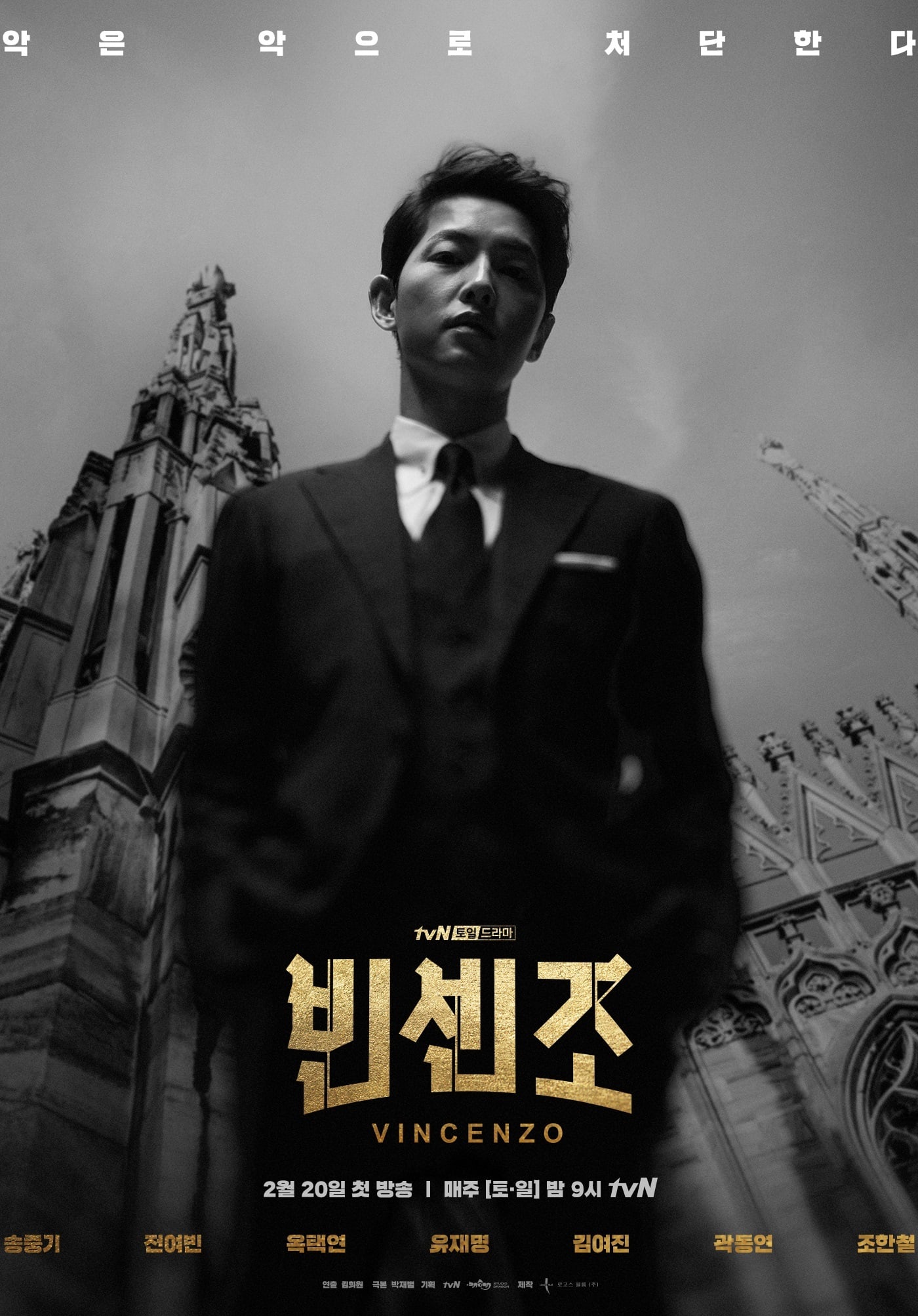 “Vincenzo” is set to premiere on February 20, following the conclusion of “Mr. Queen.” Check out the first teaser here!

… and Song Joong Ki in “Tree With Deep Roots” here!