Park Shin Hye And Cho Seung Woo Must Save The World From Dystopian Future In “Sisyphus: The Myth”

In the newly released poster, Han Tae Sool and Kang Seo Hae have bravely stepped through the gateway of time—and they must change the course of destiny to prevent the world from falling into ruin. At the moment, the two characters are trapped in a seemingly never-ending mission, and the beams of light shining down on them mark the start of yet another attempt at their Sisyphean task.

In addition to the poster’s caption “One world, two futures,” which teases the possibility of Han Tae Sool and Kang Seo Hae successfully changing the future, JTBC also posed the intriguing question: “Will they be able to end their long-running Sisyphean fate?”

The poster captures Han Tae Sool looking both apprehensive and determined as he accepts the immense responsibility of rescuing the world and prepares for the fight ahead. Meanwhile, as a fearless soldier from the future, Kang Seo Hae keeps her eyes fixed on Hae Tae Sool as she puts everything on the line to protect him. 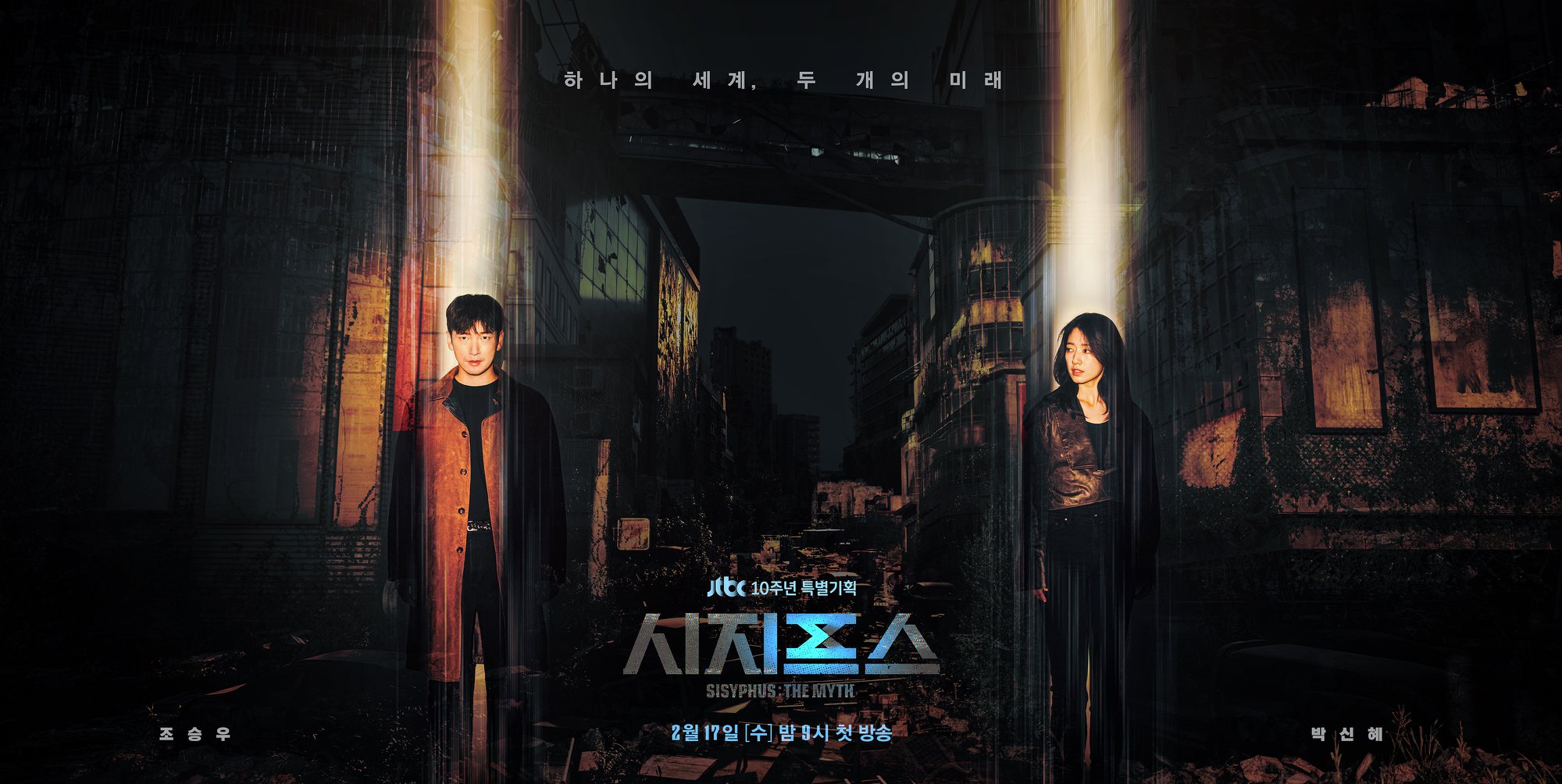 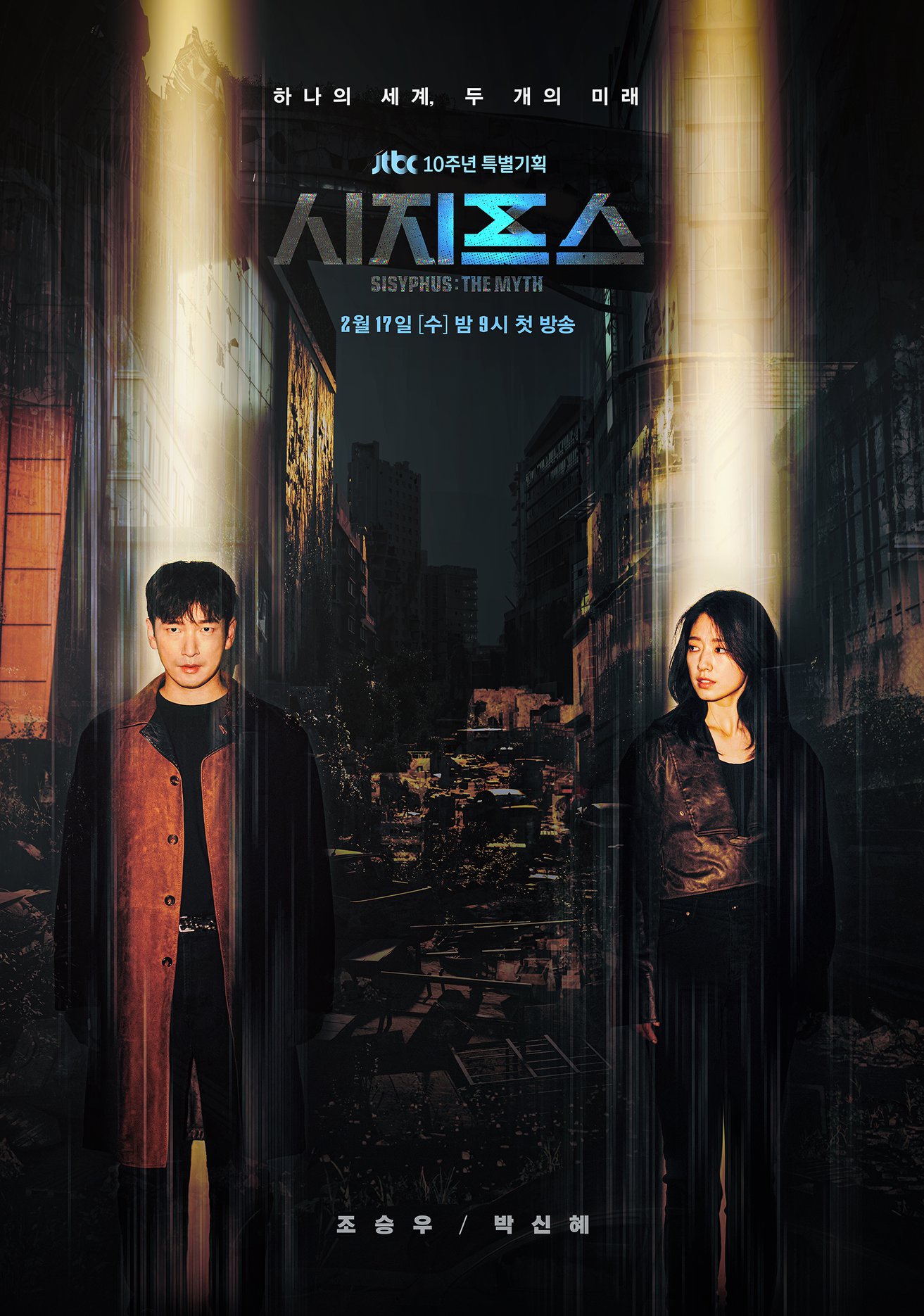 The producers of “Sisyphus: The Myth” commented, “Acting masters Cho Seung Woo and Park Shin Hye have entered the tightly-written universe of ‘Sisyphus: The Myth.’ To find out what kind of story will be told in ‘Sisyphus: The Myth’ by these two actors, who can convey such powerful emotions in just one poster, please show a lot of interest in the upcoming premiere, which is now a month away.”

“Sisyphus: The Myth” will premiere on February 17 at 9 p.m. KST. Check out a teaser for the drama here!