10 Second-Lead Syndrome Characters From 2020 We Will Never Forget

In many K-dramas, there’s always that perfect and loving second male lead that we tend to fawn over. Second lead syndrome is that dreaded feeling you get for the second lead of a K-drama who we all know will never be with the girl that he is in love with. He wears his heart on his sleeve, professes his love, and would do basically anything for her, but his affections are never reciprocated. Here’s a tribute to the 10 second male leads of 2020 who we will never forget.

Note: List is in no particular order and dramas that aired in December 2020 are not included. 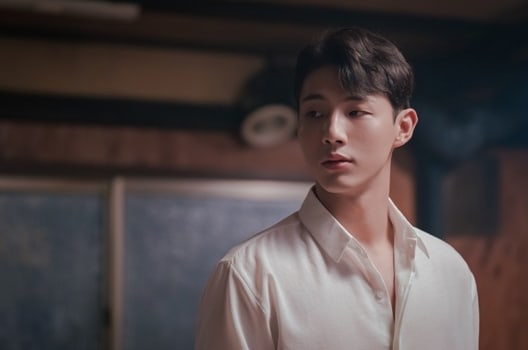 In “When I Was the Most Beautiful,” Seo Hwan (Ji Soo) falls in love at first sight with his art teacher, Oh Ye Ji (Im Soo Hyang). Very much to his dismay, his older brother Seo Jin (Ha Seok Jin) also falls in love at first sight with Ye Ji. Thus begins quite an intense and melodramatic love triangle as two brothers fight to protect and keep Ye Ji close to their hearts.

Ji Soo fans are quite accustomed to seeing him as a second male lead. It seems like almost every role he has had in his career has been a second lead role (with the exception of a couple). Why does Ji Soo never get to be with the girl? This one in particular hurt even moreso as it seemed like Ye Ji had developed feelings for him as he got older, but couldn’t be with him because of Jin. The angst and heartbreak in which Ji Soo was able to depict his character made him very unforgettable. 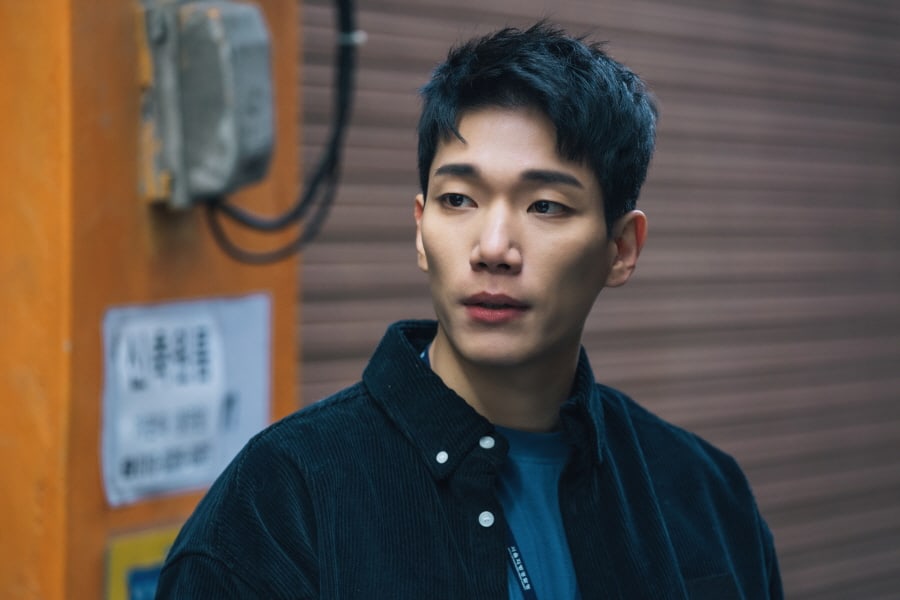 Kim Go Eun stars as Jung Tae Eul, a strong-headed and fierce cop who isn’t afraid of much in life. That is, until Lee Gon (Lee Min Ho) enters into her life from a parallel world. The two engage in a very complicated relationship, and meanwhile, Jung Tae Eul’s long time friend Kang Shin Jae (Kim Kyung Nam) continues to stand by her.

When Shin Jae first meets Tae Eul, he’s taken aback by her humor and charm. Personality wise, he’s rough around the edges and very guarded as a result of his past. But in meeting Tae Eul, he’s able to open himself up and form a long lasting friendship with her, which he realizes later on, is actually real love. He cares about her, and the little things he does for her like buying her favorite ice cream when he’s at the store make him so sweet and memorable.

Seo Dal Mi (Suzy) hasn’t had the greatest luck trying to achieve her dreams of being the next Steve Jobs. She’s dirt poor and can’t seem to catch a break, but opportunity knocks on her door when her estranged older sister returns to Korea and invites her to a networking party. Dal Mi is encouraged to invite her first love Nam Do San, but the only problem is that Nam Do San is actually Han Ji Pyeong (Kim Seon Ho) pretending to be Nam Do San. This forces Ji Pyeong to have to track the real Nam Do San (Nam Joo Hyuk) down in hopes that he can pretend to know Dal Mi. This brings about an epic love triangle that results in a series of lies, shattered dreams, and broken hearts.

How will we ever get over the heartbreak of quite possibly the ultimate second-lead syndrome character of 2020? “Good boy” Han Ji Pyeong is the perfect package. He is wealthy, smart, loyal, and he loved Dal Mi with a force so strong that he constantly put her happiness before his. He had a sweet relationship with Dal Mi’s grandmother and seemed like the perfect match for Dal Mi, but the only problem was that she couldn’t reciprocate his feelings. The heartbreak for this strong second lead was unforgettable, and fans are still struggling to come to terms with it! 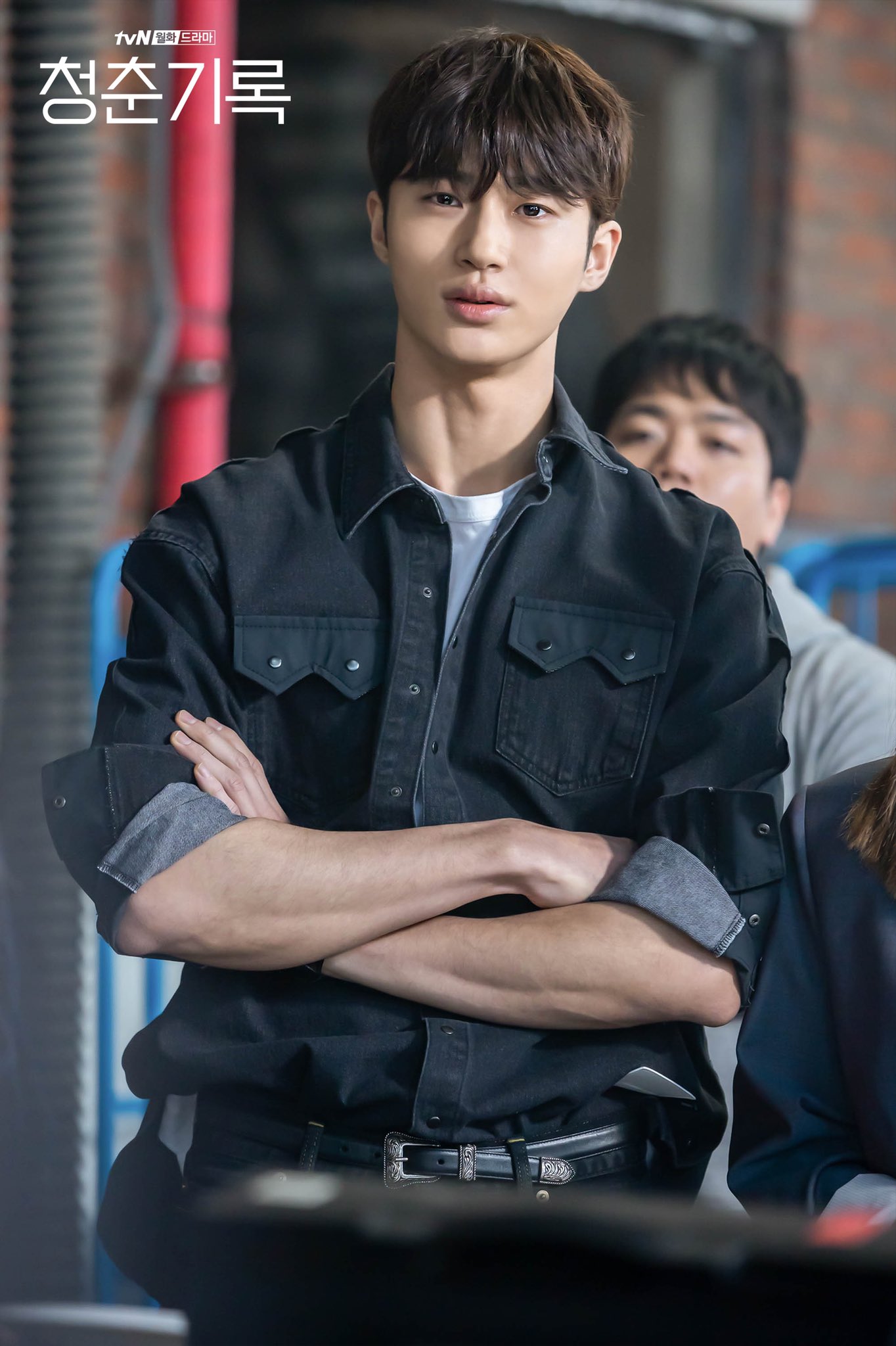 Park Bo Gum plays Sa Hye Joon, a model who is aspiring to be an actor. He falls in love with an aspiring makeup artist named Ahn Jung Ha (Park So Dam). After some time, Sa Hye Joon has a breakthrough role in a drama and rises to stardom. The two try to find a balance in their romance as well as the success of their dreams.

The character of Won Hae Hyo (Byun Woo Seok) was relatable to many as he was the epitome of getting friend zoned. Hae Hyo’s consistent and relentless feelings for Jung Ha made him a difficult character to get over as fans couldn’t help but sympathize with his longing heart. His understanding of Jung Ha’s relationship with Hye Joon was unfaltering, which made him that much more attractive; he’s also the most understanding friend! 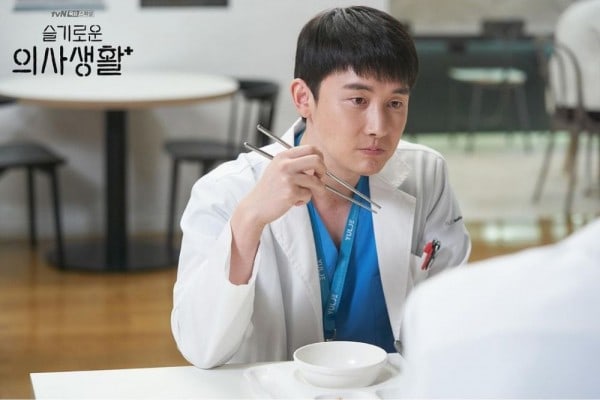 Jeon Mi Do’s student, Ahn Chi Hong (Kim Jun Han) falls in love with her at first sight and when he becomes her student, he notices all the little details about her. He sees that her shoes are worn out and he figures out her size and buys her a new pair without even mentioning that it’s from him. It’s these little things that make Chi Hong such a solid second male lead. Also, how can we forget the time he weathered the storm and showed up to Mi Do’s camp trip just to spend a bit of time with her? The love he had for her was infinite! 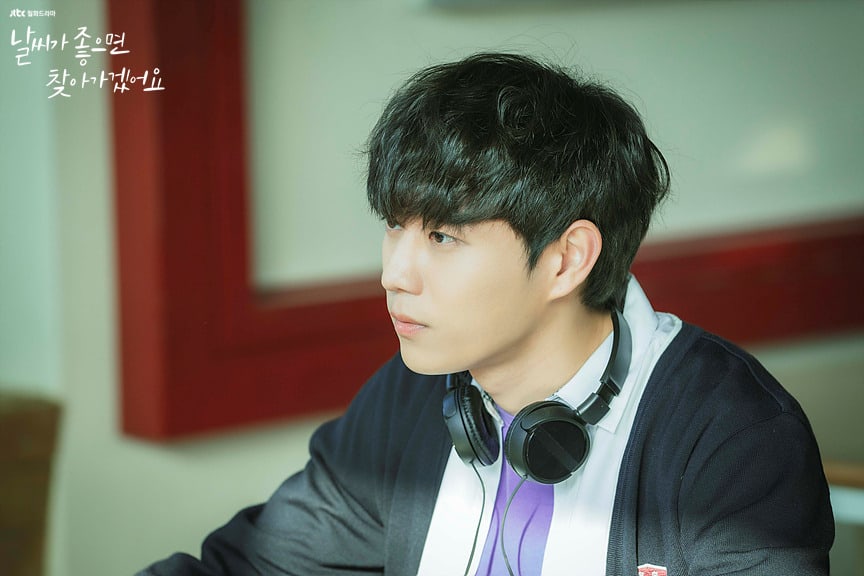 In “I’ll Go To You When the Weather Is Nice,” Mok Hae Won (Park Min Young) decides to leave Seoul and temporarily move to the countryside with her aunt. There, she meets her old high school friend Im Eun Seob (Seo Kang Joon). Eun Seob has been in love with Hae Won since they first met and is happy to hear that she won’t be leaving for a while. The two become friends again, and as they get to know each other more, they fall in love.

Kim Young Dae’s character was definitely a stand out second male lead. Oh Young Woo was so memorable for the way in which he showed his feelings for Mok Hae Won. When they first meet, Hae Won is a loner, and he, as the most popular guy in school, becomes friends with her so that she is no longer alone. Even years later, Young Woo shows up in the town they used to live in and affirms his feelings for her with his upfront and honest personality. The character of Young Woo is so cool and monumental that he stood out in the entire drama despite only having appeared in a few episodes.

Watch the first episode of this healing drama: 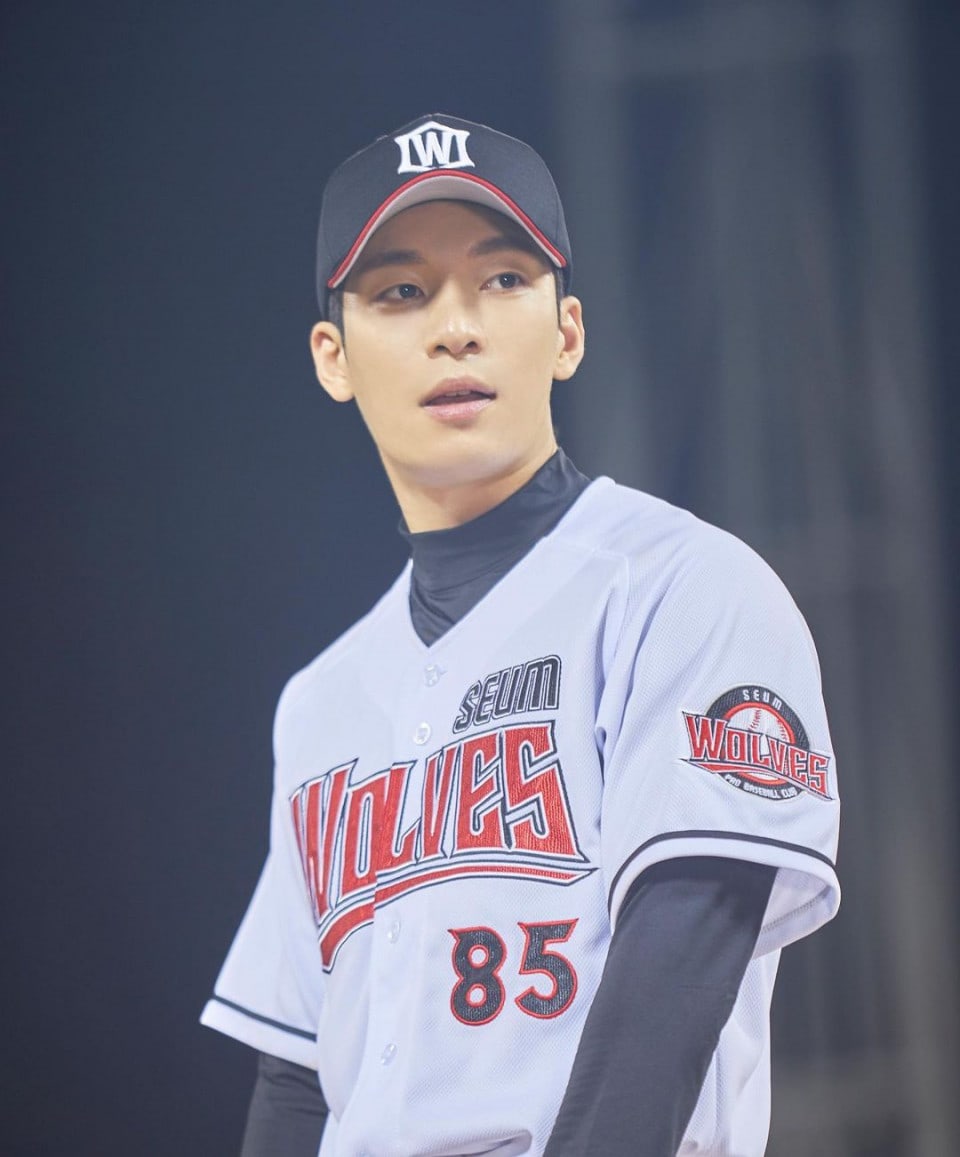 Yoon Sang Hyun stars as Hong Dae Young, a man whose girlfriend gets pregnant when they’re in high school, resulting in the two getting married. Hong Dae Young had to give up his future as a basketball player, and Kim Ha Neul, who plays his wife, had to give up her dreams of being an announcer. After a freak incident, he wakes up to realize that he has returned back to his 18-year-old self with a second chance to live his life the way he wants.

We all love a second lead who’s an athlete. In “18 Again,” Wi Ha Joon plays Ye Ji Hoon, a pitcher who is one of the biggest baseball stars in Korea. He meets Jung Da Jung (Kim Ha Neul) when she interviews him and immediately takes a liking to her. It’s a romantic fairytale type romance where every girl in the city wants to be with the mega-star, but he only has eyes for Da Jung. His feelings for Da Jung are so strong but he is always so considerate of her feelings; his gentlemanly charm and values are what make him such a remarkable second lead! 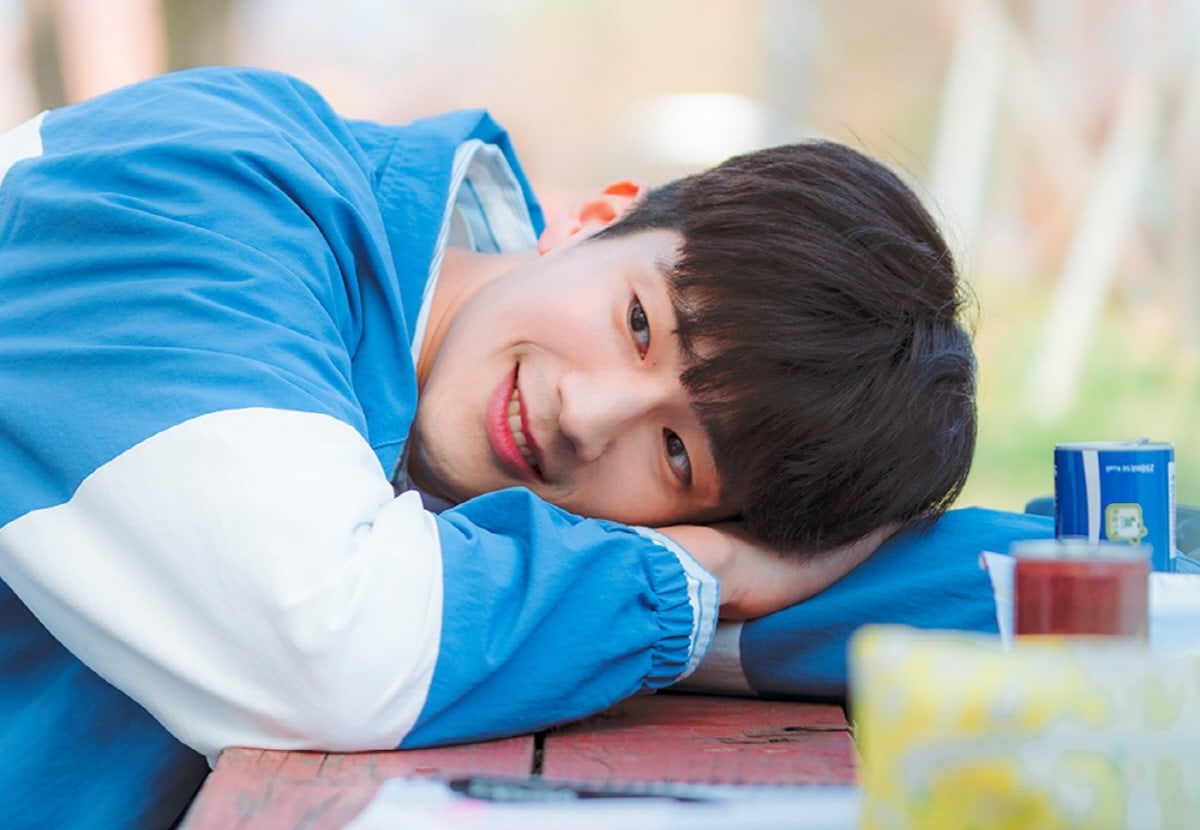 JTBC’s “Was It Love?” stars Song Ji Hyo as single mom Noh Ae Jung who is struggling to become a movie producer. She has been raising her daughter by herself for 14 years without knowing who the father is. Four men show up in her life at the same time and the question ensues: which of these men is the father of her daughter?

“Was It Love?” is an easy watch for anyone who is a Song Ji Hyo fan. And for anyone who’s a fan of the classic love triangle, Noh Ae Jung is not only involved in a love triangle but a love square. Although the men are all great, the second lead, Oh Yeon Woo, (Koo Ja Sung) really won our hearts. As the high school teacher who has been holding onto a confession letter for 14 years, Yeon Woo was an ideal match for Ae Jung. He is compassionate, understanding, and most importantly, he gets along so well with Ae Jung’s daughter! How could we not have some major second lead syndrome for this guy?! 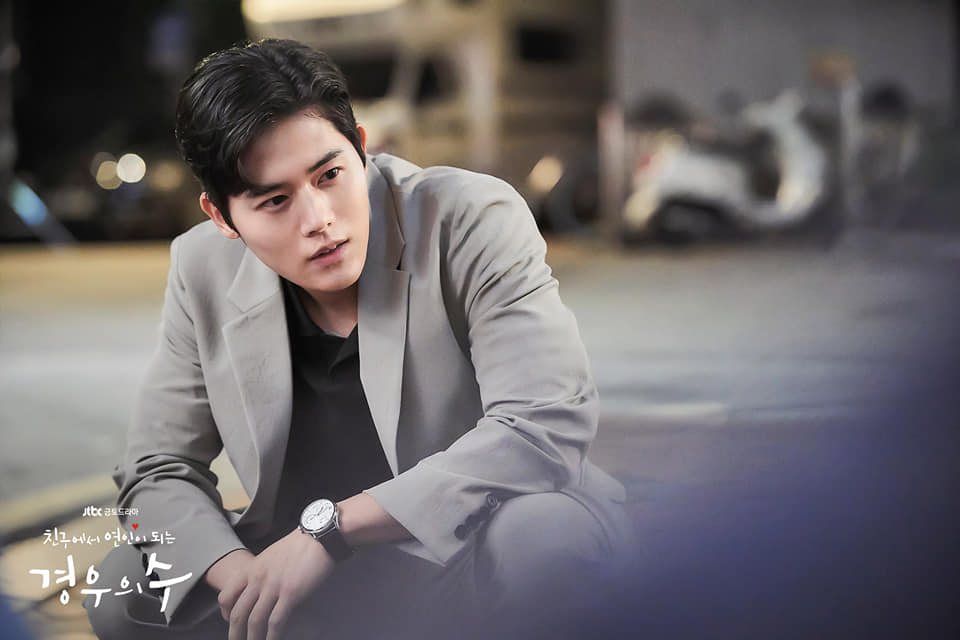 In “More Than Friends,” photographer Lee Soo (Ong Seong Woo) has been in love with his friend Kyung Woo Yeon (Shin Ye Eun) since high school. After a decade long crush, the two finally come to realize that they have liked each other the entire time. As grown ups, they are able to be more open about their feelings, but they face some obstacles that prevent them from being together.

One of these obstacles is Oh Jun Soo, (Kim Dong Jun) who falls in love with Kyung Woo Yeon. After being patient and waiting long enough, Woo Yeon ends up giving Jun Soo a chance. The way in which Jun Soo loves Woo Yeon and gives all of his heart to her is definitely second-lead syndrome worthy. He looks at her and is open about his feelings in such a heartfelt way, that anyone would fall in love. Our hearts couldn’t help but break for Jun Soo! 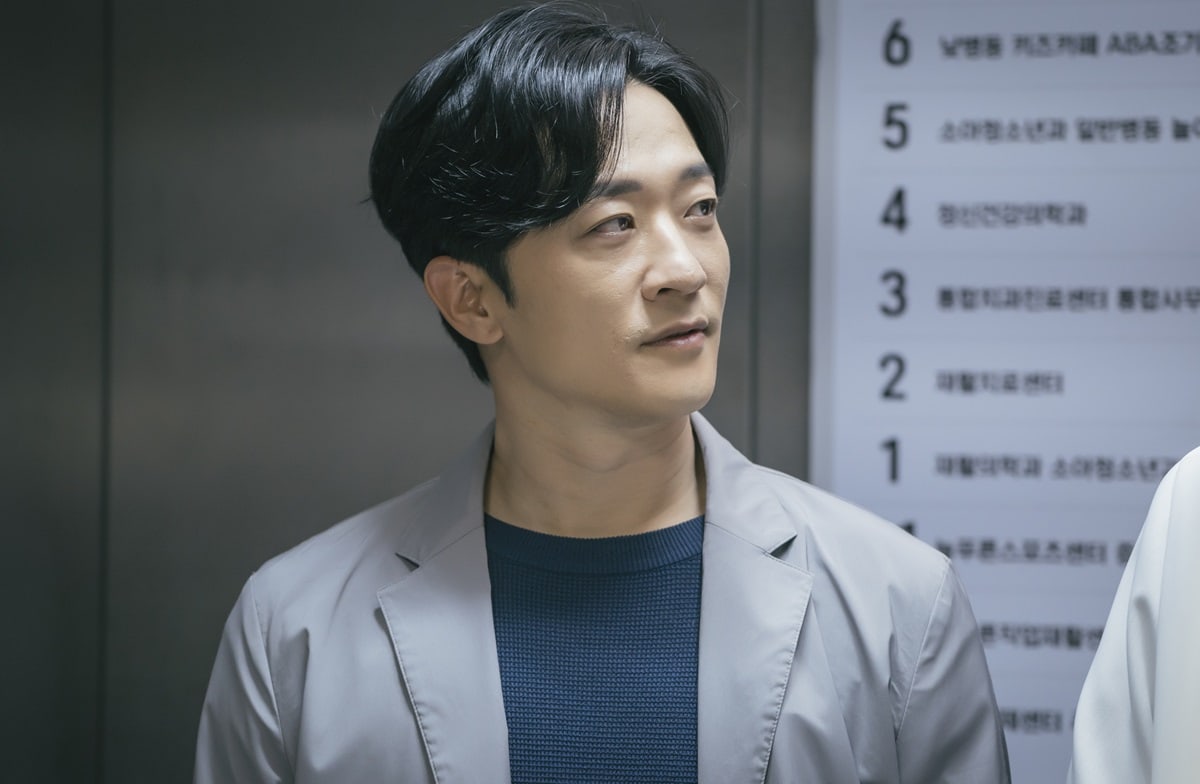 In “Once Again,” Yoon Gyu Jin (Lee Sang Yeob) and Song Na Hee (Lee Min Jung) are unable to make their marriage work and get a divorce. They try to remain friends as they are both doctors at the same hospital. The two try to be civil, but when Lee Jung Rok (Alex) appears as a new director in their hospital, he makes his affections for Na Hee very known.

The bold way in which Jung Rok makes advances towards Na Hee was so appealing. He was never overbearing, and instead, would always be there for Na Hee when she was having a hard day. Whether it was taking her out for dinner or letting her take out her stress by shooting some hoops, Alex was there to make her smile. He was always so understanding and patient about Na Hee and her ex-husband that it made it so difficult to see him let her go. We’re still crying here.

Hey Soompiers, which of these second male leads from 2020 was your favorite? Let me know in the comments below!

binahearts is a Soompi writer whose ultimate biases are Song Joong Ki and BIGBANG, but she’s also hardcore crushing on Hwang In Yeob these days! She is also the author of “K-POP A To Z: The Definitive K-Pop Encyclopedia.” Make sure you follow binahearts on Instagram as she journeys through her latest Korean crazes!