Tensions are high in JTBC’s Wednesday-Thursday series “Run On”!

The drama tells the story of four individuals that start to connect with one another in their own languages after having lived in different worlds and at different paces. It features Im Siwan as Ki Sun Kyum, a former track and field athlete. His world is shaken up when adventurous foreign film translator Oh Mi Joo (Shin Se Kyung) enters the picture.

Sooyoung plays Seo Dan Ah, an ambitious sports agency CEO who believes the only way to fail is to not try at all. Kang Tae Oh takes the role of Lee Young Hwa, a popular art student who is handsome, kind, and charming.

As their dynamic evolves, the sparks end up flying. Below are key points in their relationship to keep an eye out for!

A rascal that keeps crossing the line

While trying to adjust the lighting to better showcase an art piece, Seo Dan Ah got paint on her white sleeves. The paint came from none other than Lee Young Hwa’s painting. When the two had their fateful first meeting at the pool, Lee Young Hwa broke Seo Dan Ah’s bracelet on accident. Seo Dan Ah expected him to say yes to painting her a piece, but that didn’t go as planned. To top it off, he refused her offer to buy his work at whatever price he requested. Seo Dan Ah is a person that makes every effort to keep her life perfect and protect what belongs to her. Young Hwa is the unexpected catalyst that changes everything. He pokes at her free-spirited nature and blows a breath of fresh air into her otherwise dull and mundane life. 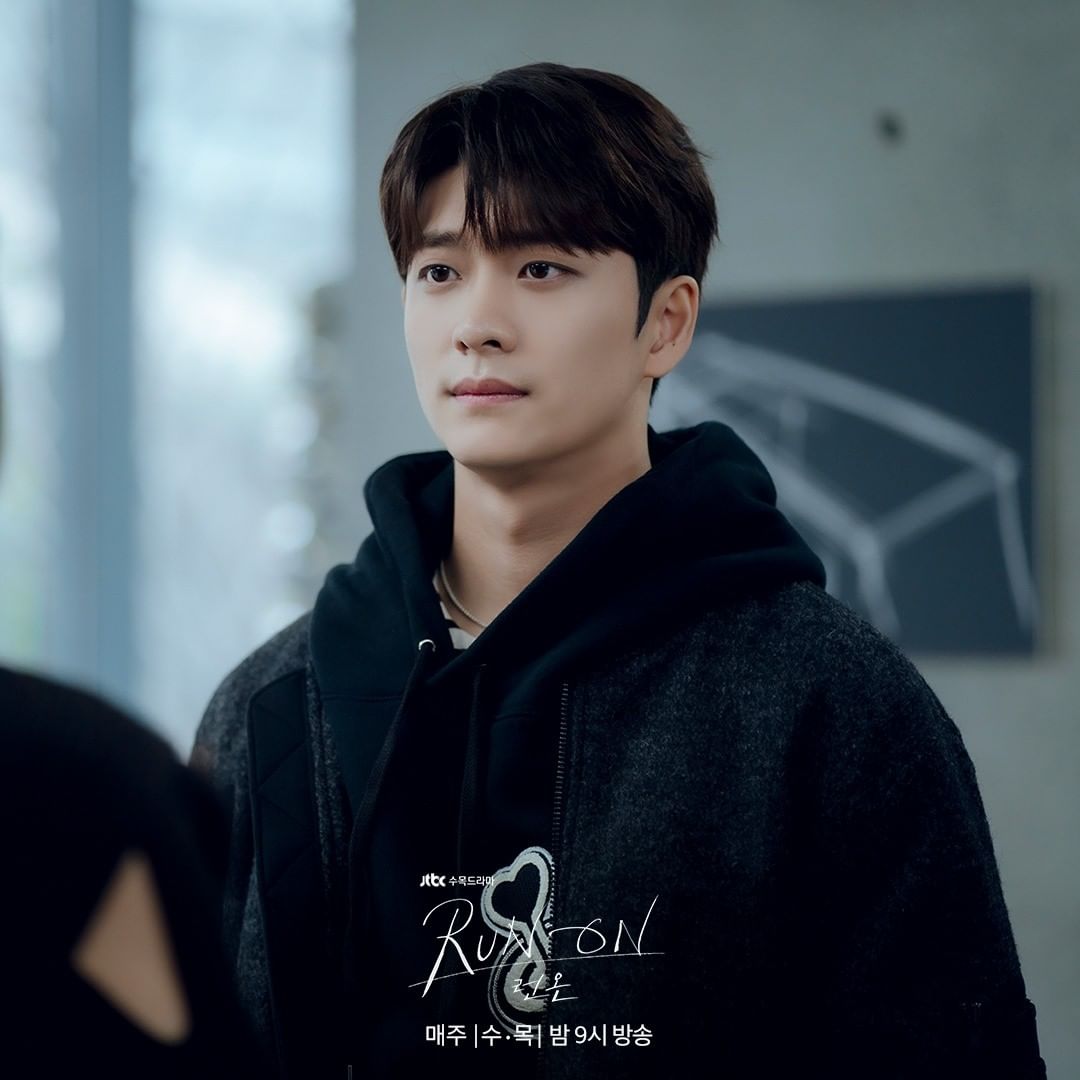 A “Rapunzel” that is close yet far

Lee Young Hwa is someone that has always kept an appropriate distance between himself and others. He finds that this method doesn’t apply as well when it comes to Seo Dan Ah. When she approached him for his artwork saying that she likes them for feeling like his time has left on imprint on them, it felt as if she is someone that has chosen him and wants him. But regardless of how close she seems to be, she seems all the way at the top of the tower when her lifestyle reveals itself. Without realizing it, Lee Young Hwa already wants to approach her with more impact, making it difficult for him to maintain his distance. This only leaves him confused. And this is the exact moment in which his awkward and naïve first love has started. 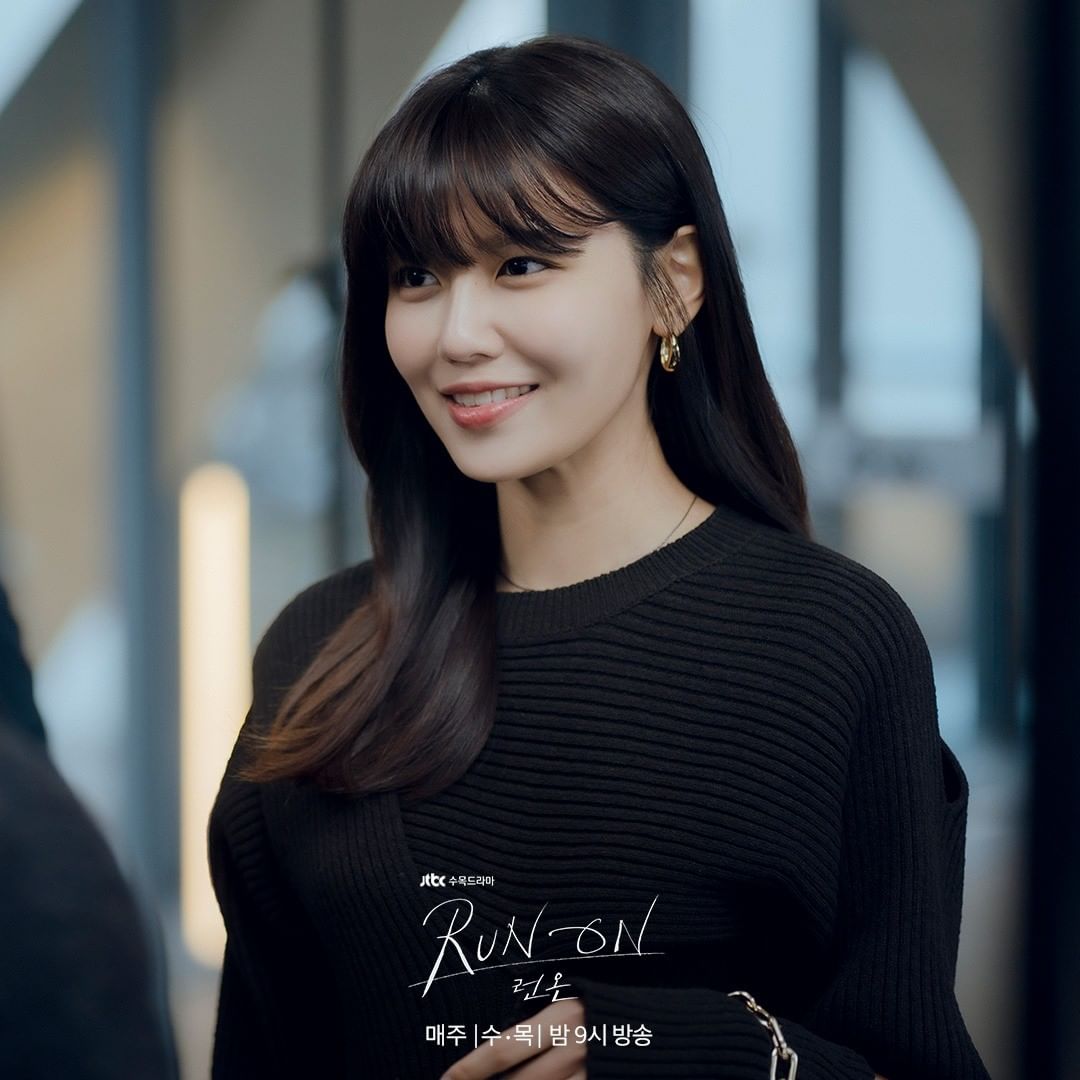 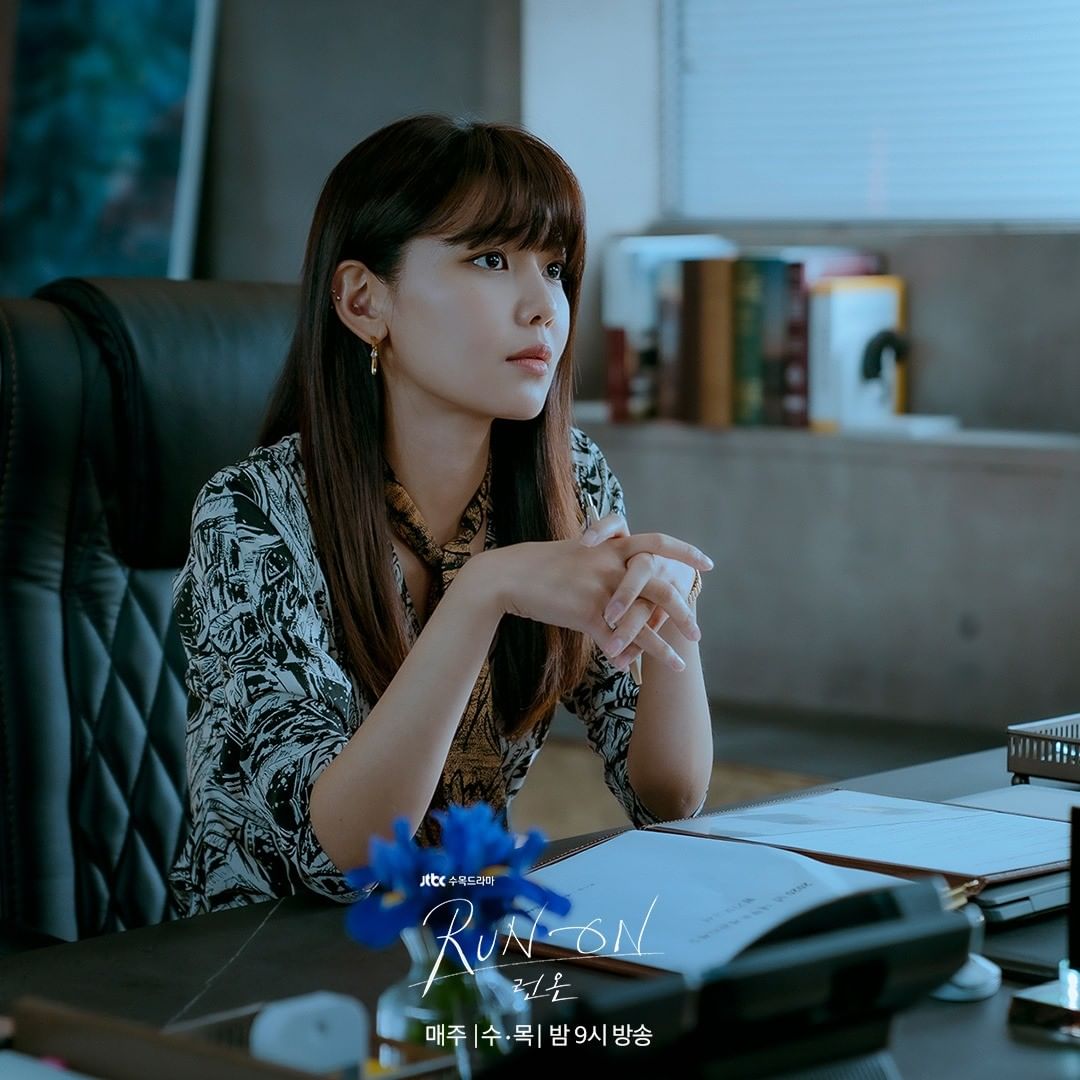 A painting that represents something between a dream and a goal

Seo Dan Ah felt an inexplicable pull towards Lee Young Hwa’s piece and suggested that he exhibit his work as an artist. But Lee Young Hwa was lost in thought because the more he painted, the more he lost his hold on what he wanted to paint. Although he realized that it’s a once-in-a-lifetime opportunity, he couldn’t finish a piece hastily in an uncertain situation. The two started arguing over this matter and unexpectedly came to realize their feelings for one another. There are three weeks left for the unfinished painting to be completed. Like their fast-paced romance, it seems progress will be made on the painting as well. Seo Dan Ah is the one that put an end to Lee Young Hwa’s piece with a slight touch of her sleeves. How will she help complete Lee Young Hwa’s incomplete journey through youth? 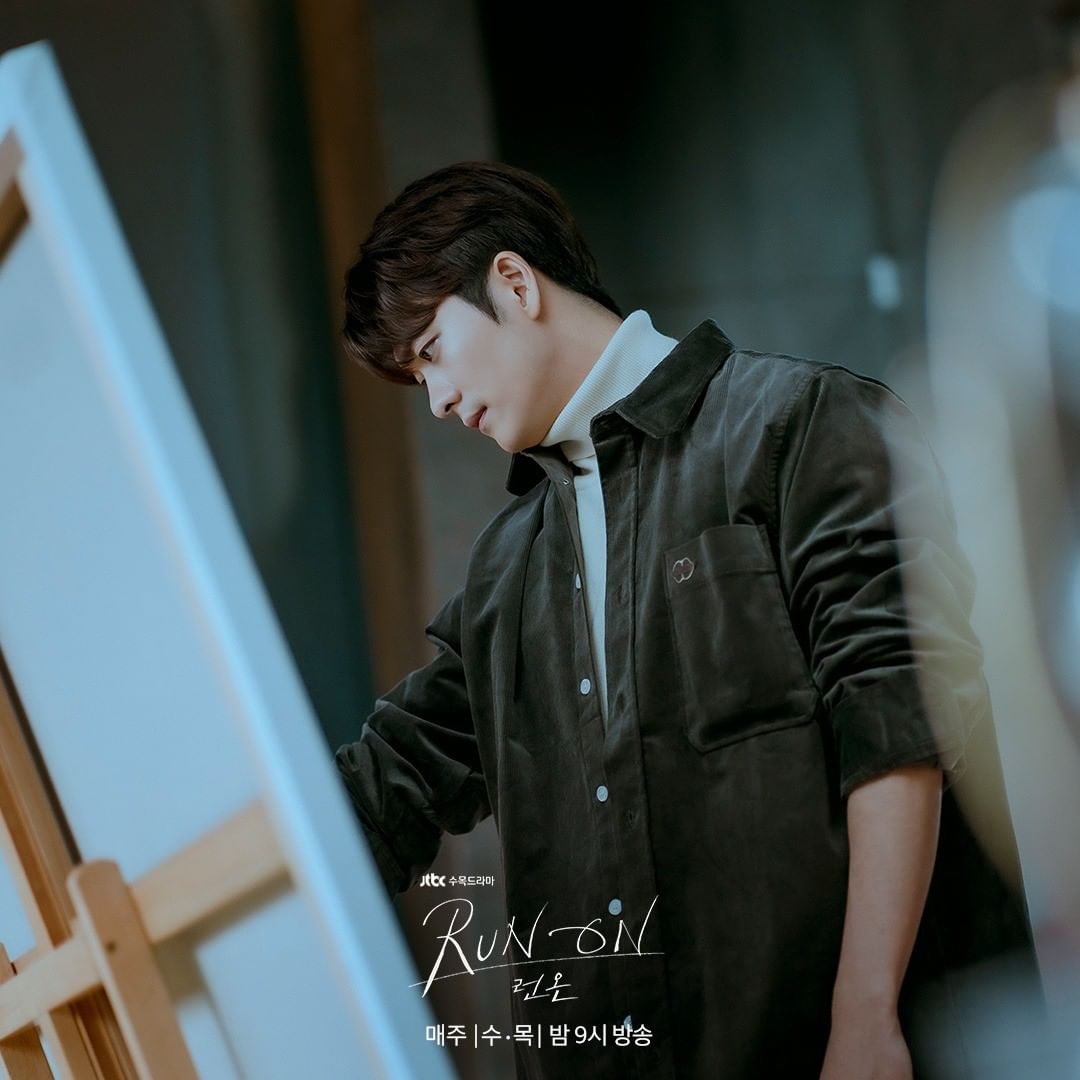 “Run On” airs every Wednesday and Thursday at 9 p.m. KST.